1 Block of Feta Cheese, 5 Ways to Use It

Put time into dinner now, and you can make it last forever -- or at least the whole week. Welcome to Halfway to Dinner, where we show you how to stretch your staples -- or your seasonal produce -- every which way.

Today: Jess Schreibstein of Witchin' in the Kitchen shows us how to transform that block of feta cheese sitting in the back of our fridge into 5 snacks and meals. 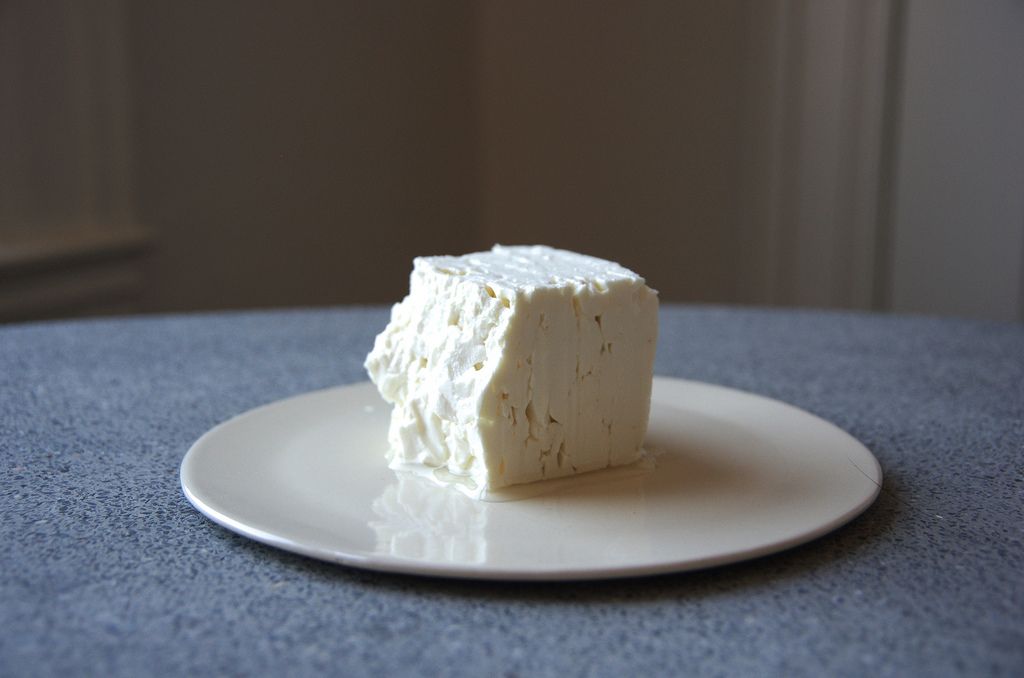 In mid-winter, after I've had my fill of rich and sweet foods, I gravitate towards a diet filled with dark and bitter greens, soups, and naturally-fermented foods to give my digestive system a rest. Feta -- a soft white cheese made from sheep's milk or a combination of sheep and goat's milk and formed into blocks and aged in brine --  lends creaminess and a sharp, salty punch to a variety of these dishes that might otherwise be too simple or austere on their own.

More: Take dinner a step further and make your feta from scratch.

Feta is remarkably versatile and can be used practically anywhere that calls for a salty cheese. I crumble it over salads and soups, toss it with roasted vegetables, grains, and pastas, and use it in pies and galettes. Feta can also be served on its own with a plate of olives, peppers, olive oil, and fresh flatbread. Due to the saltiness of its packing brine, a little feta can go a long way -- it replaces the need for salt in many recipes.

While many cheeses resemble feta across Europe and the Middle East, true feta is a produced in select regions of Greece; its name is protected by E.U legislation. Only sheep and goat’s milk cheese, packed in brine in Macedonia, Thrace, Thessaly, Central Mainland Greece, Peloponnese, and Lesvos can be labeled as authentic feta. When buying it, look for blocks packed in brine, as these will generally keep longer than the crumbled version. Also be sure to look for the name “feta” on the label and avoid packages labeled as "Greek-style cheese" or "salad cheese" if you want the real deal. 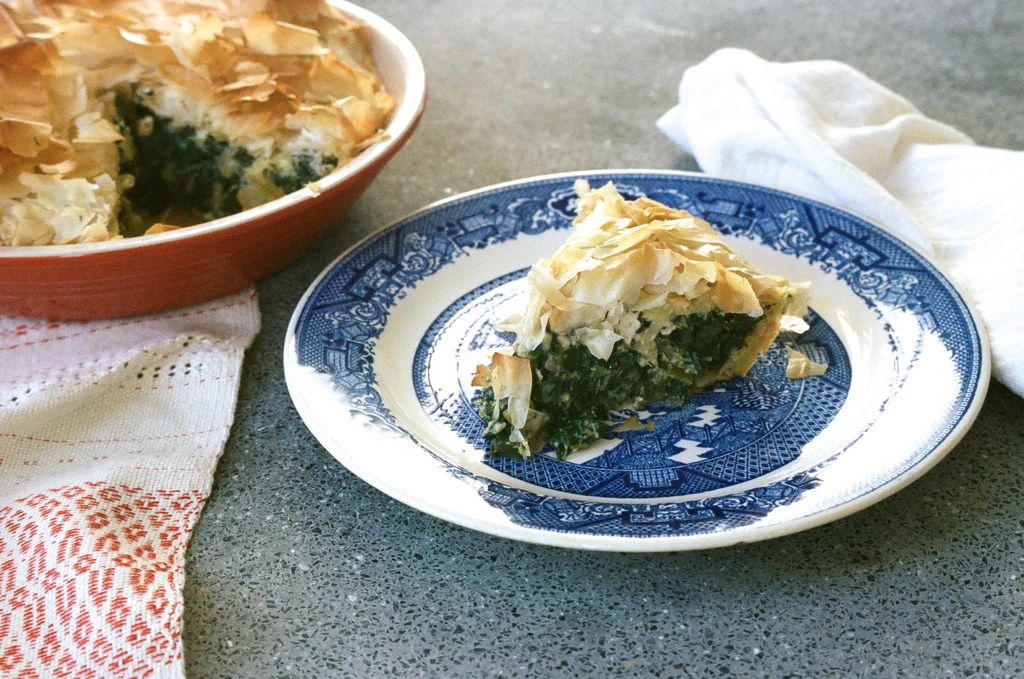 Spinach and Swiss Chard Pie in a Phyllo Crust
For those who have ever enjoyed Greek spanakopita (flaky triangles of phyllo dough stuffed with spinach) feta and dill, this recipe will look familiar. This pie is a more dressed-up and healthful version of those buttery hand pies, with less dough and more greens packed into each bite. To make it, sauté onions, garlic, spinach, chard, and dill in olive oil, then bake in a phyllo crust for just under an hour. Serve it hot or at room temperature, and feel free to enjoy it for a light meal or as a side dish. 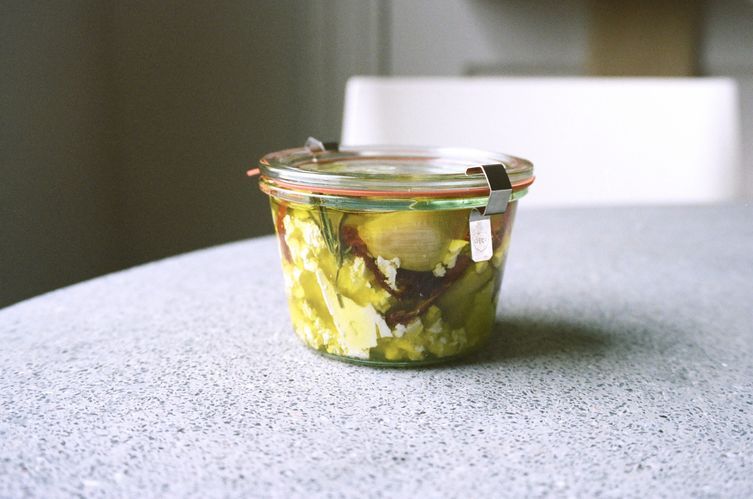 Feta Preserved in Olive Oil
Oil is a remarkable preservative and has long been used to store vegetables, herbs, and cheeses, especially in the Mediterranean where olive oil is plentiful and cheap. In a small pint jar, layer feta, garlic, sun-dried tomatoes, and herbs, then fill with olive oil to the top and let sit for 10 days -- that's it. One of the benefits of preserving food in oil, especially herbs and garlic, is that the oil becomes infused with the flavor of the herbs: Now the oil itself can be used for dipping, on salads, and as a finishing oil for soups.

A note about food safety: Because of the risk of garlic's low-acidity, it is possible for spores causing botulism, a serious foodborne disease, to develop. To inhibit the spores' development, feta should not be kept at room temperature and should be stored in the refrigerator for no longer than three weeks, but can be frozen for several months. To avoid contamination, only use a clean utensil to dip into your delicious feta. For more information on botulism, refer to the CDC's website. 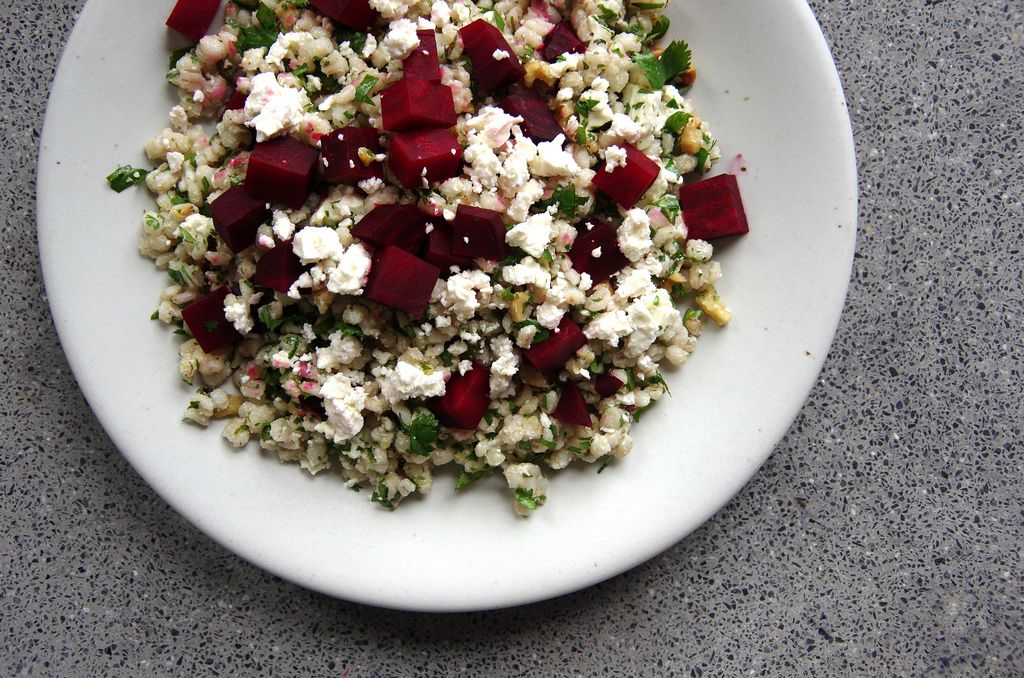 Warm Roasted Beet and Barley Salad in a Maple-Mustard Dressing
While barley is often used in soups and stews and not much else, it is a delicious and versatile grain in its own right. Barley is the oldest known domesticated grain, having been cultivated for human and animal consumption for over 10,000 years. The most common form of barley is pearled barley, in which the outer bran layer has been removed. For this salad, combine barley with roasted beets, walnuts, feta, and cilantro, then dress with a maple syrup and apple cider vinaigrette. 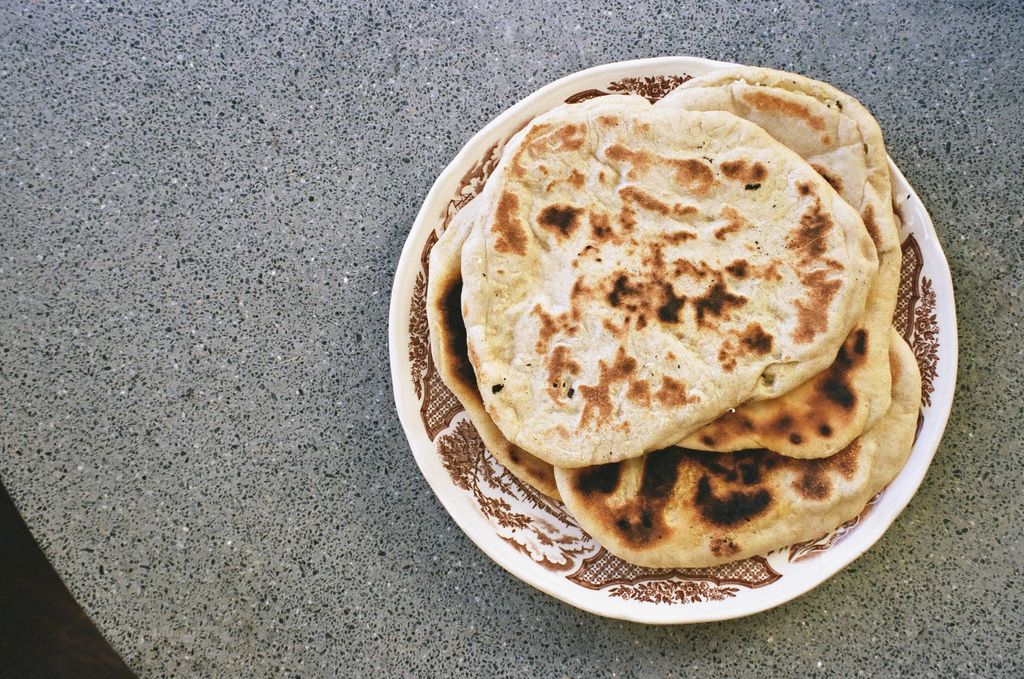 Flatbread Stuffed with Feta, Onion, and Herbs
These pan-grilled flatbreads are deceptively easy to make. Combine yeast, salt, whole wheat and bread flour, full-fat yogurt, and olive oil then allow to rise. Once the dough has risen, shap it into pancakes, then them cook over a skillet until browned. Like Indian naan, they can be enjoyed on their own but are delicious when stuffed with garlic, onions, sweet raisins, or a firm cheese like feta. These flatbreads are a wonderful accompaniment to a larger meal, like curries or soups. I’ve also eaten them with a fried egg on top for a quick breakfast or dipped in baba ganoush as a snack. 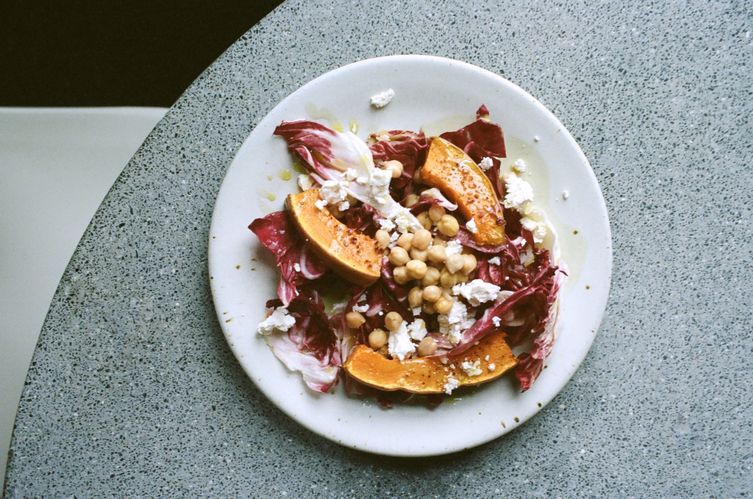 Winter Salad With Roasted Pumpkin and Feta in an Egg Yolk Dressing
In the middle of winter, when our palates become saturated with rich, heavy foods, a hefty salad of bitter greens is the ideal antidote. Bitter vegetables like radicchio stimulate the digestive system and tone the liver and blood. The outer leaves are the most bitter, while the leaves towards the center are more mild. The addition of creamy feta, chickpeas, and an egg yolk dressing cuts the bitterness of the radicchio while the spicy roasted pumpkin adds a touch of sweetness.

For the egg yolk dressing:

Diana L. February 17, 2015
Great timing on this article. I just purchased a large portion of feta for quiche but there's so much leftover. I must try that beet salad. Very soon.