As home cooks, we rely on our instincts, our knowledge, and our curiosities -- but we also have to rely on our tools. Which is why we're asking the experts about the essential tools we need to make our favorite foods attainable in our own kitchens.

Today: Amelia Morris started her blog Bon Appétempt, which turned into a book by the same name, to chronicle her culinary attempts -- both successful and ill-fated. Here, she tells us about the tools she keeps near for fixing dishes that go awry and the ones that never fail her. 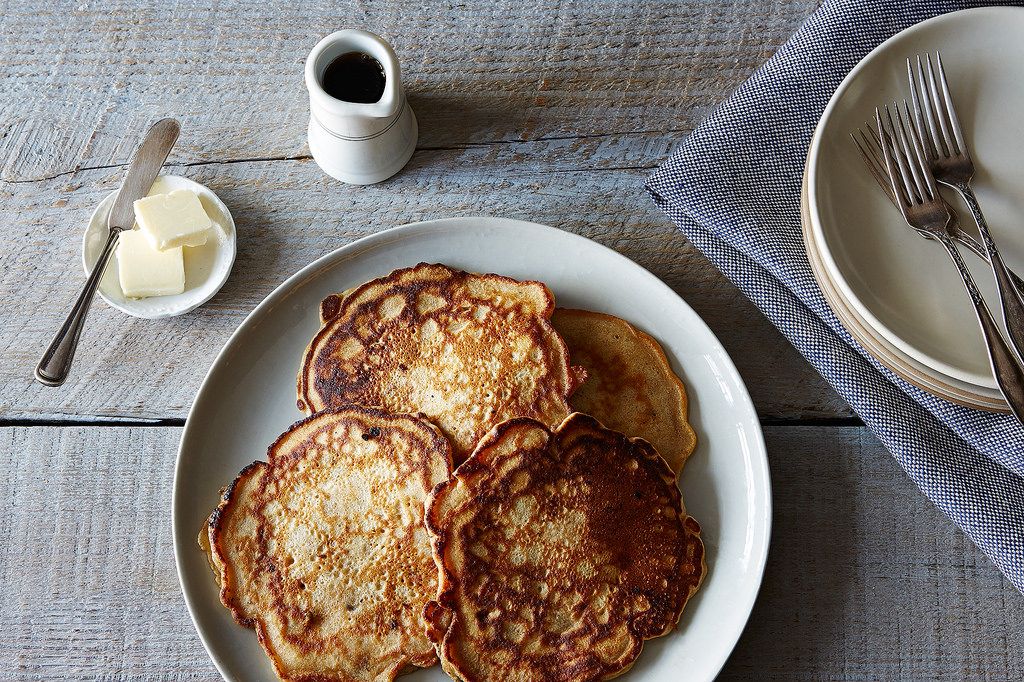 When I first started my food blog, Bon Appétempt, I knew very little about cooking and baking and had only a smattering of kitchen tools. Six years later, after many successes and mishaps, I’m definitely no expert, but I do have a few strong opinions -- some of them even culinary-based! Here are but a few of the tools that save me in the kitchen.

1. Cast iron grill/griddle
If you don’t have some manner of a large cast iron pan or griddle in your life, you’re already making a huge mistake. So many of my early kitchen mishaps could’ve been avoided if only I’d had this griddle/grill. It’s particularly perfect for pancakes -- both sweet and savory. Plus, I love cast iron because you’re not supposed to wash it! After using it, I’ll rinse it and wipe it down with hot water, but I’ll never give it a soapy, detailed scrub like my other stainless-steel pans. It’s the best.

More: Make pancakes without a recipe. 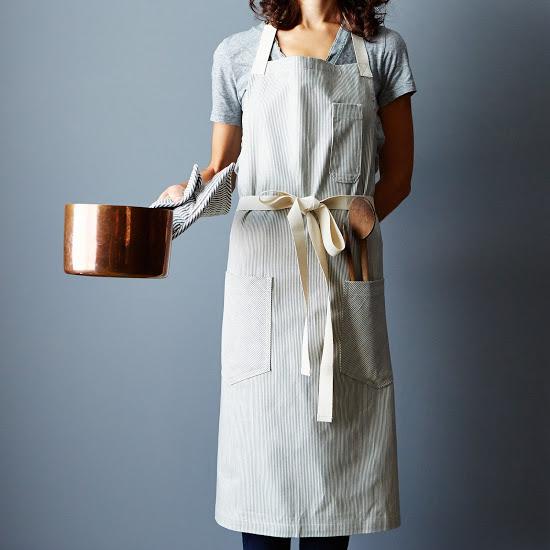 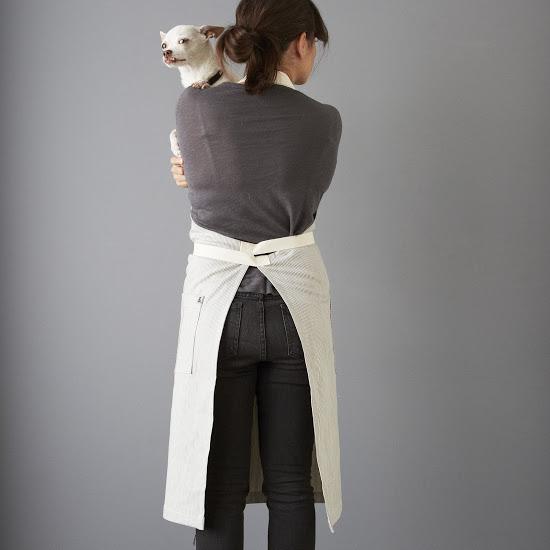 2. Apron
When I first started cooking, I didn’t wear an apron, but after staining more than a couple of favorite shirts, I changed this policy. Now, I sometimes even leave the apron on when I sit down to eat the meal I just made. A few times, I’ve gone so far as to wear it while eating meals I didn’t make, like take-out ramen. My apron at home isn’t half as nice as this one, though, which is probably for the best. If I had a pretty one like this, you’d probably catch me running errands in it.

3. High, out-of-the-way, wall-mounted shelves
I love cookbooks. They’re both beautiful and inspirational, and as such, I want them on display in my kitchen while also being accessible. This is made difficult these days by my current set-up, as my one-year-old son is keen on trying to climb up the kitchen bookshelf and pull them all down. To avoid a different kind of kitchen mistake (heavy books landing on my baby’s head), a pair of wall-mounted shelves is a good solution. 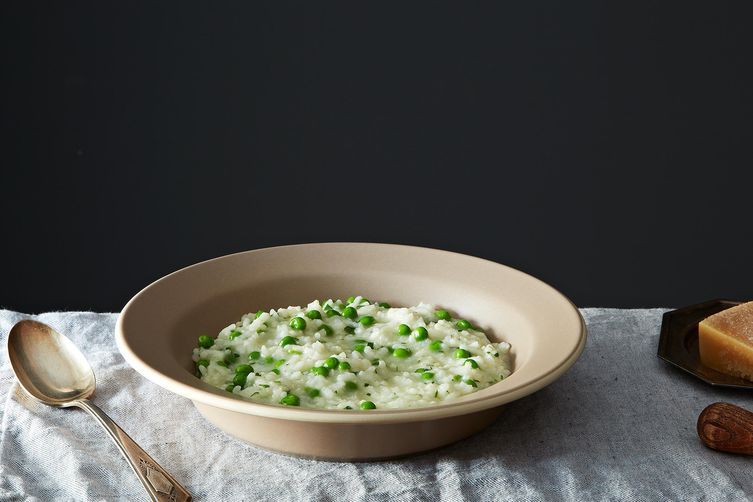 4. Rice cooker
I feel compelled to state that I’m a minimalist when it comes to kitchen tools, gadgets, and appliances. For example, I don’t have a toaster or a juicer and my blender is a $20 one I got when I was 24 years old. But I do have a rice cooker because properly cooked rice is a thing of beauty, and the rice cooker gets it right every single time. Apart from measuring out the appropriate amount of water and rice and pressing the “cook” button, the only other thing you need to do is rinse the rice beforehand. (I used to skip this step, but it really does make for better rice -- the kind where each granule is individuated, plumped, and perfectly al dente.)

More: 12 dishes to make with rice. 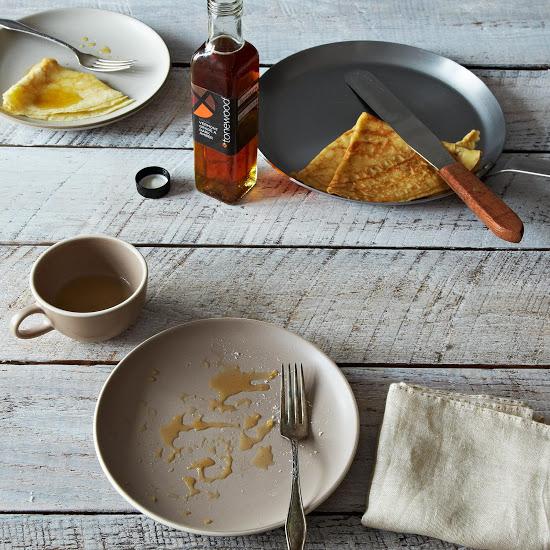 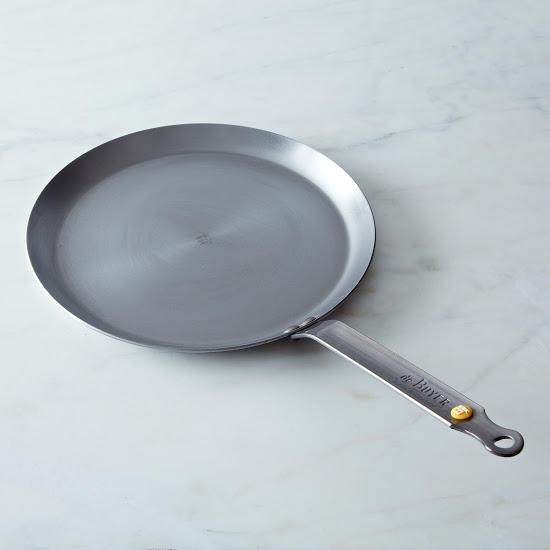 5. Crêpe pan
If you love crêpes and think you might make them a couple of times a year, go ahead and get yourself a crêpe pan. Sure, you can make crêpes in other nonstick pans, but in my experience, a proper pan sets you up for success. See, the pan needs to be light enough so that the instant you ladle the thin batter onto it, you can quickly tilt it with your wrist and the batter spreads to the edges. Also, flipping a crêpe with the flick of your wrist is one of those true pleasures in life, and you don’t want to miss out on that just because you opted to use the wrong pan.

More: Proud of yourself for making a crêpe? Make a lot more and tower them into a cake.

What tools do you cling to when your dish has gone awry?

catharina March 26, 2015
you just saved my day with the not-being-so-terrific-quote...just had a "why am I even attempting this when everybody else out there is so much more talented?"-moment, so now I'll go and have a slice of cake and feel a lot better about myself. thanks a lot :)))
Author Comment

Amelia M. March 26, 2015
(unintentional ironic use of the world terrific!)

Pegeen March 11, 2015
The biggest tool that saves me is Other People. They either give me tips or advice, or tell me it doesn't really matter, let's just eat!

puttakka March 11, 2015
I totally agree about the crepe pan! Recently picked up a $24 duBuyer one from Amazon to make omelets - and the ease at which a single beaten egg spreads around that pan and comes off that pan is miraculous. Look forward to making crepes this summer.