Remembering Arnold Palmer Through His Namesake Drink (Plus Bourbon)

In honor of Arnold Palmer, one of the greatest U.S. golfers to ever play the game, we're sharing a recipe for his namesake drink, with a little bourbon in there to boot. Palmer passed away at the age of 87 on Sunday, September 25, 2016. This article originally ran May 2015.

Today: Is a drink born when it’s conceived, or when it’s named? 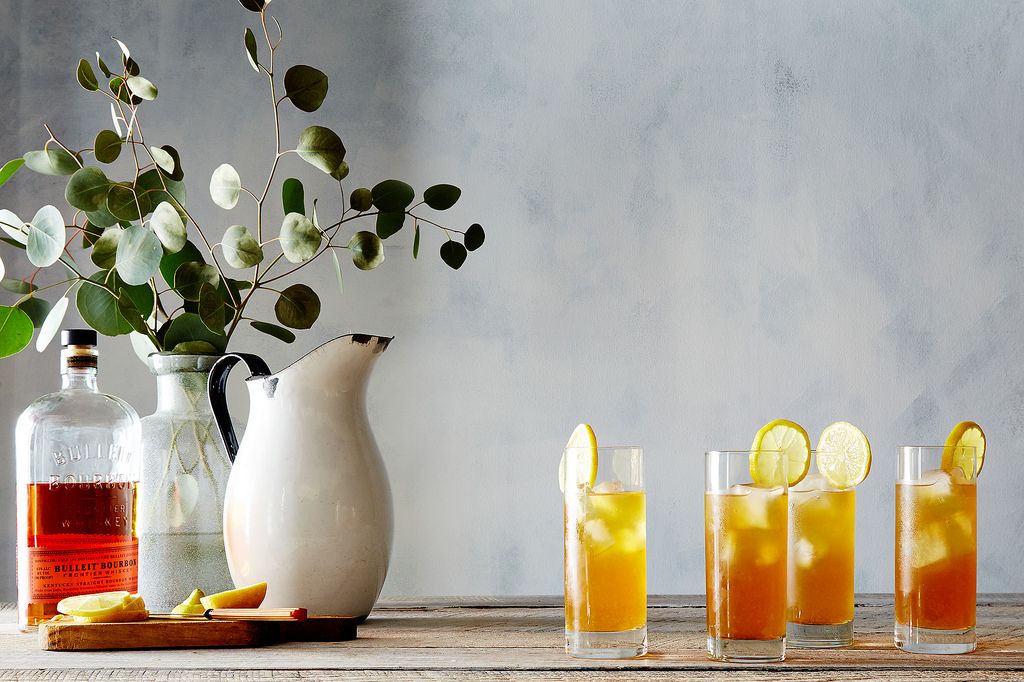 If you ask a group of golfers to tell you how the Arnold Palmer came to life, they’ll offer you a few dozen stories: Some about how it was a mistake, some about how iced tea nor lemonade is enough on its own, and others still about how it was made because of the Florida heat (a curious answer, but I’m not one to judge).

It’s the kind of drink that can’t not be legendary; Palmer himself surely was. A premier golfer who won seven major golf championships throughout his prolific career, Palmer is still regarded as one of the best linksmen of all time. And he’ll tell you himself his namesake drink came to be in Latrobe, Pennsylvania with just a bit of ice tea and a few wedges of lemon. But then he’ll also add that he ordered it (not by name, of course) for the first time in Palm Springs, California, and that a lady at the neighboring table then asked for one, too, but called it by what it’s known today. And after that, the drink’s history didn’t matter—according to the story, it was an Arnold Palmer from then on. (Or was it?)

All I know is that it’s more exciting to follow legend than to find the truth behind drink recipes (because most of the time, their origins are less than glamorous and more about experimentation). And we like a drink that’s got a good story—plus the bite of bourbon.

Our boozy version of the Arnold Palmer starts with a base of citrusy iced tea—and I mean the real kind, the kind where you steep a handful of strong black tea with a punch of orange and lemon zest. The smooth and the sharp get rounded out with a touch of sugar and topped with a splash of bourbon and lemon juice.

Was it created in 1960, or wasn’t it? Was it really born on the back porch, or did it take shape at a clubhouse bar? More lemonade or more tea? You tell me—your history will be as believable as any.

We've partnered with thebar.com to bring you cocktail content for your home bar. Please enjoy responsibly.

thirschfeld May 2, 2015
In the mid-1970's my brother and I used to play the municipal links here in Indianapolis when we were kids. He was 17 and I was 12. We didn't have a lot of money to be splurging in the club house but at the turn we would always run in and get a blend and a package of the orange and peanut butter crackers. A blend was a mix of ice tea and lemonade. While Arnie is famous, my dad even owned a dry cleaners called Arnold Palmer's for a while, I have always had this feeling Arnie's drink story has more too it, maybe not Brian William's more, but more nonetheless. He may have added bourbon to it but the lemonade, ice tea part has been around for a long, long time. BTW, my version is Kombucha, Lemonade and Bourbon.

HollywithaY May 1, 2015
In my circle a tipsy Arnold Palmer is called a John Daly.