How to Cook Like a Farmer & Other Lessons from Beetlebung Farm

Today: Chris Fischer shares with us the inspiration behind the making of his new cookbook, The Beetlebung Farm Cookbook. 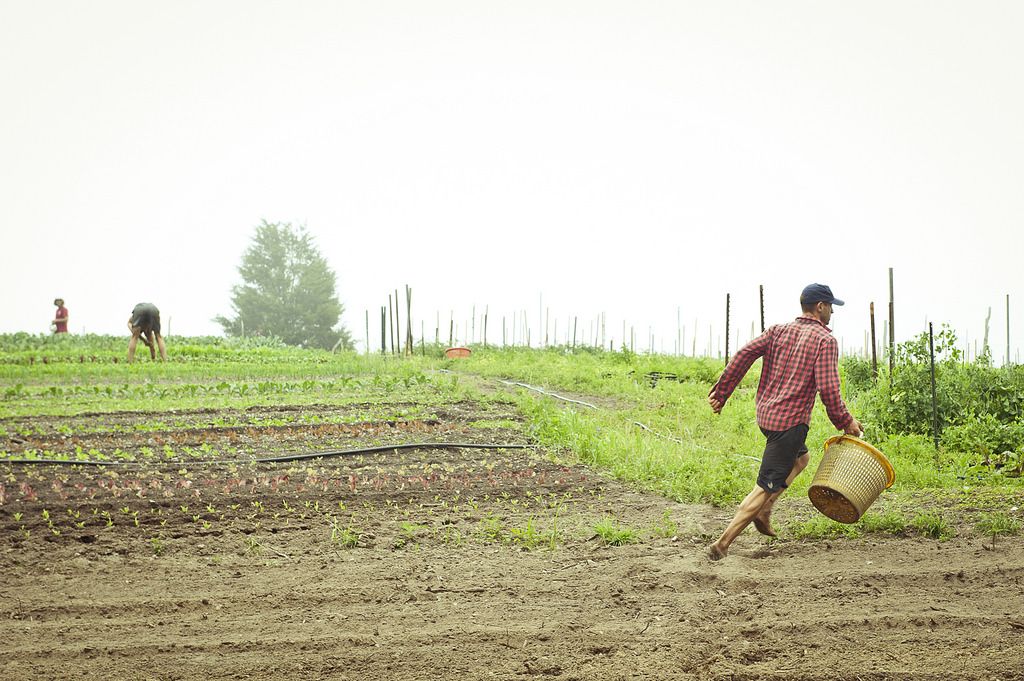 When Chris Fischer's grandparents moved from the north coast to the south coast of Martha's Vineyard, Massachusetts, in the 1950s, it was the furthest Chris's family had moved for hundreds of years. His grandfather bought and farmed five acres of land just outside of town in an area called Beetlebung Corner, named for the native hardwood tree that grows there. While Chris grew up there, farming alongside his grandfather, he left for several years to pursue cooking at restaurants around the world including Babbo in New York City and The River Café in London.

More: Not able to get to London? Make The River Café's genius sorbet at home.

About ten years ago, Chris returned to his grandfather's land and started farming during the day and hosting dinners at Beetlebung Farm in the evenings. His cookbook, The Beetlebung Farm Cookbook is a journal of one year on the farm and of the people who live on the Island. He wrote in an email, "I told someone recently, it took about four years to conceptualize, write, edit, design, and publish this book, which seemed like a long time, until I stopped to think about the fact that my family moved to the Island over 350 years ago and our story is still unfolding. I guess 4 years is really just a drop in the bucket!" Here, Chris talks about his cookbook, his favorite recipes, and this deep history his family shares with the Island: 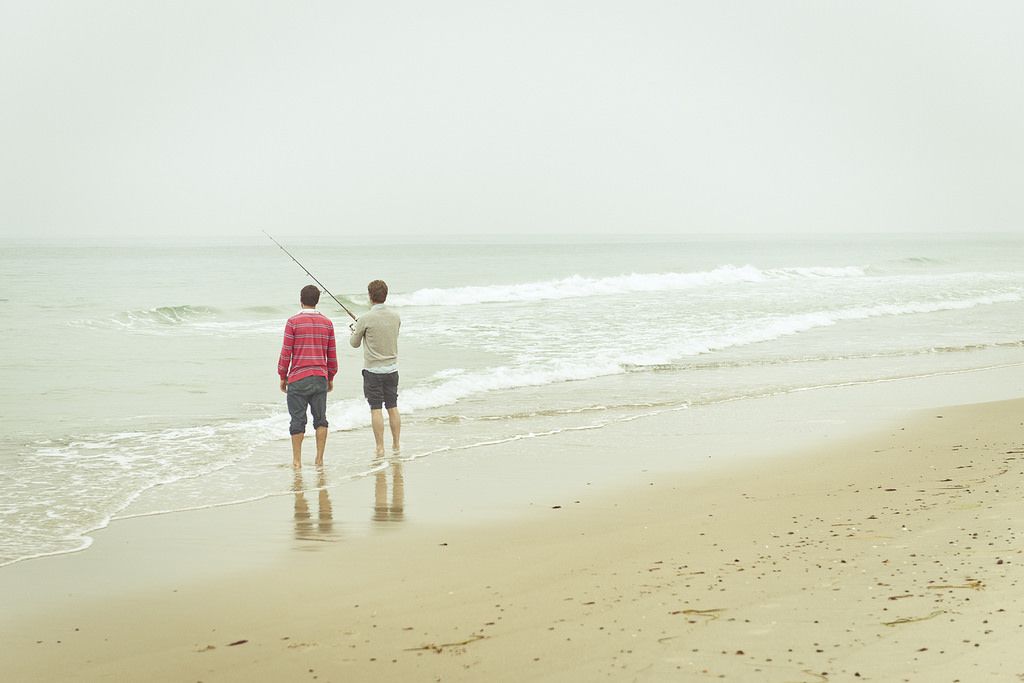 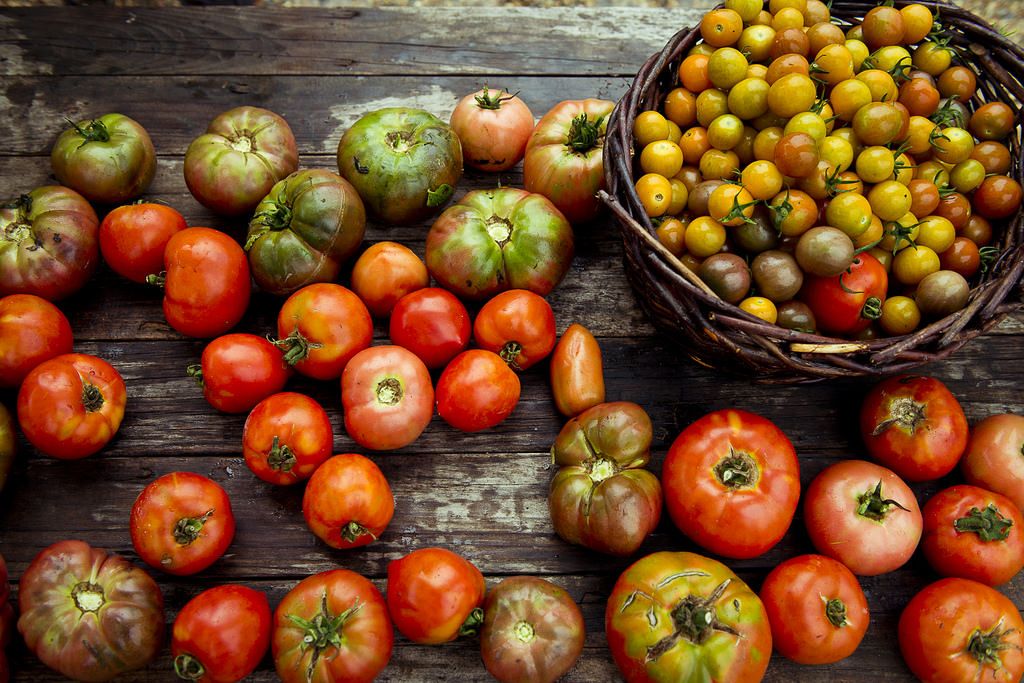 1. Your family has lived on Martha's Vineyard for 12 generations and is deeply entwined with New England cuisine. How would you define New England cuisine?
New England is a big place and the mountains of Vermont are a long way from the coast of Rhode Island—from a food standpoint. Each region’s cuisine depends on the topography, geology, climate, fertility of the soil for food production, and the availability of wild foods in the woods and fields, as well as the nearness of the sea and freshwater lakes.   Martha’s Vineyard is an island off the coast of Massachusetts with a moderate but unpredictable climate, excellent pastureland, good soil, and access to remarkable seafood. The foods I grew up eating here are similar to those people eat up and down the coast from Connecticut to Maine. The stars for me include some foods found here naturally and abundantly—like clams and lobsters—and others that grow well, like apples, blueberries, and corn. 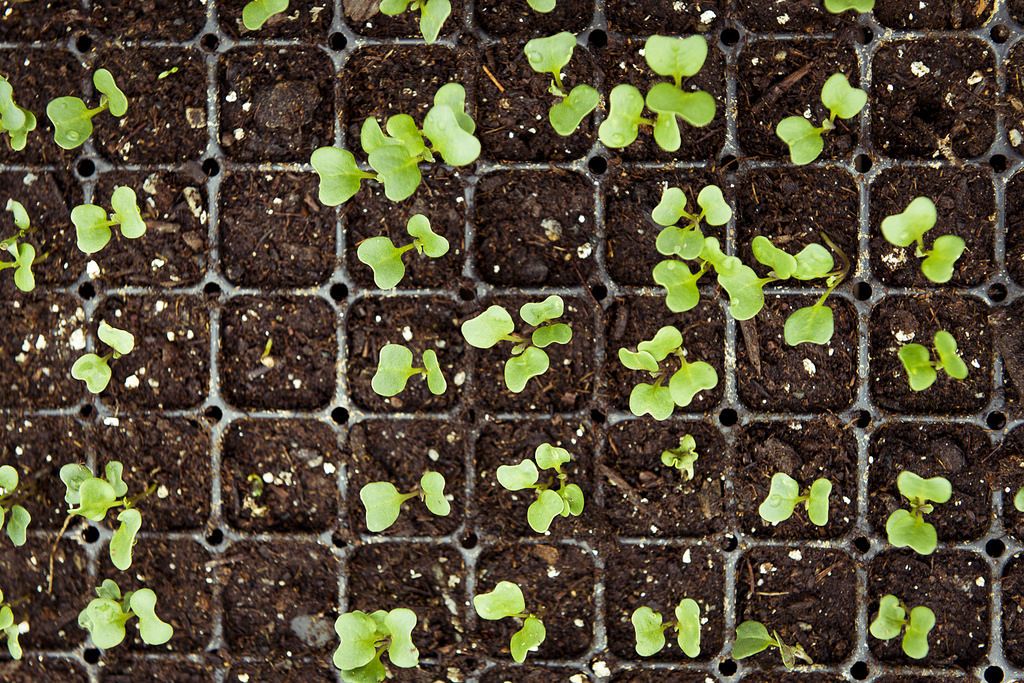 Commercial fishing has always been the lifeblood of many harbor towns, but these days the stocks are shrinking. Fish like cod and swordfish, both considered quintessentially New England fish, are no longer abundant—I’ve watched them disappear over the course of my lifetime. Other varieties like bluefish and squid are currently plentiful around here and are coming into vogue in New England and beyond. Fishing is getting more difficult, but there is a new generation of farmers on the Island and throughout New England who are producing beautiful food. That gives me hope.

On one level, the ultimate New England meal for me is a clambake starting with steamed mussels, raw clams, and oysters that moves into steamed lobsters, potatoes, corn and (in the best case scenario) pork sausages made from pigs you knew. But I think the real answer to your question is New England cuisine has always been defined by what people have access to and can afford, great ingredients—some constant, some changing—but at best simply and respectfully prepared. 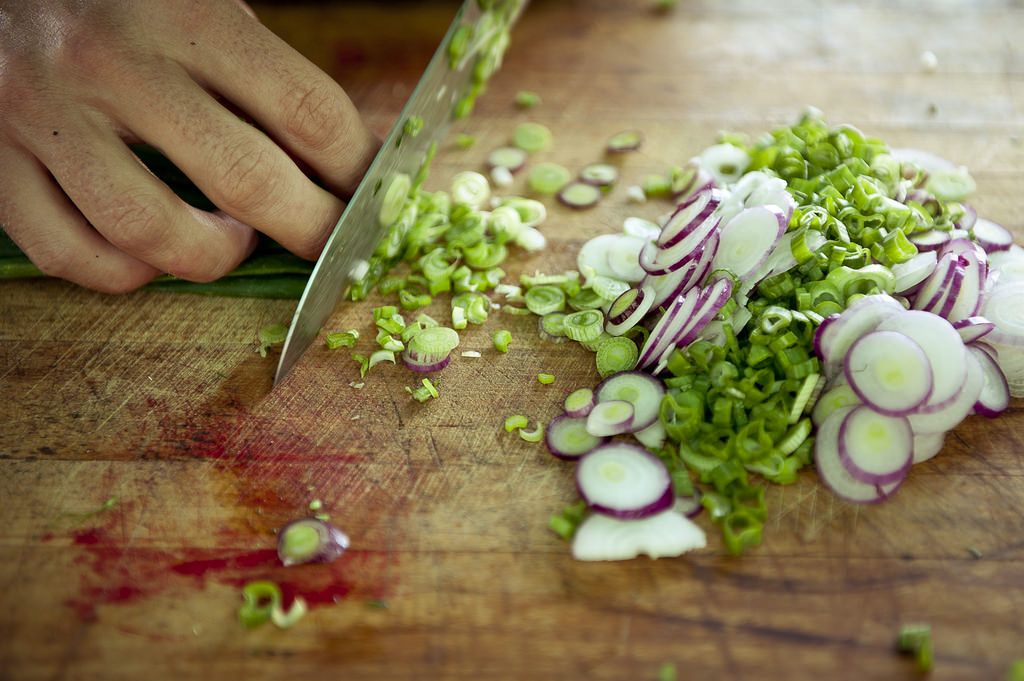 2. How do you feel that the experience of being a farmer has defined your style as a chef?
It has simplified my cooking a lot and, I think, made me a more selfless cook. My preparations are stripped down because the flavors are so incredibly pure and delicious in the food that I have access to. I just try to get out of the way and do my best not to cover them up. That is where the selflessness comes in. When a tomato is perfect, all you need to add is a little salt. For a chef, that can be a hard lesson to learn. Farming has given me access to vegetables at every stage of their life cycle from sprout, on. A kale plant changes dramatically every step of its way, as do all vegetables, so I have an unusually varied palette to play with and access to things I would never have had before. I also think farming has taught me reverence. I appreciate vegetables so much more now that I really know how hard it is to grow them and care for them. I can’t help but consider the energy it takes to get food to market, and find that knowing this makes me want to cook with more care and attention and never waste a thing.

3. You write that your grandfather always spoke to his plants, and you have a relative who treated chickens with an unusual amount of respect. Do you feel that this deep connection to animals and plants is synonymous with loving food?
Of course. It is a special appreciation that comes along with the growing process, like being the parent to a child. The only difference is that a vegetable child can’t talk back to you, grows up before your eyes, and then gets eatten—so it's not quite the same, I guess. I have studied Biodynamic Farming a bit and although I am far from mastering all of the concepts, the idea of working with focused intention has always stuck with me as important. I practice that intention when cooking and tasting food. I also work with intention on the farm.  The best-tasting food comes from someone cooking with care and love; when that relationship starts long before the food gets to the table—all the better! 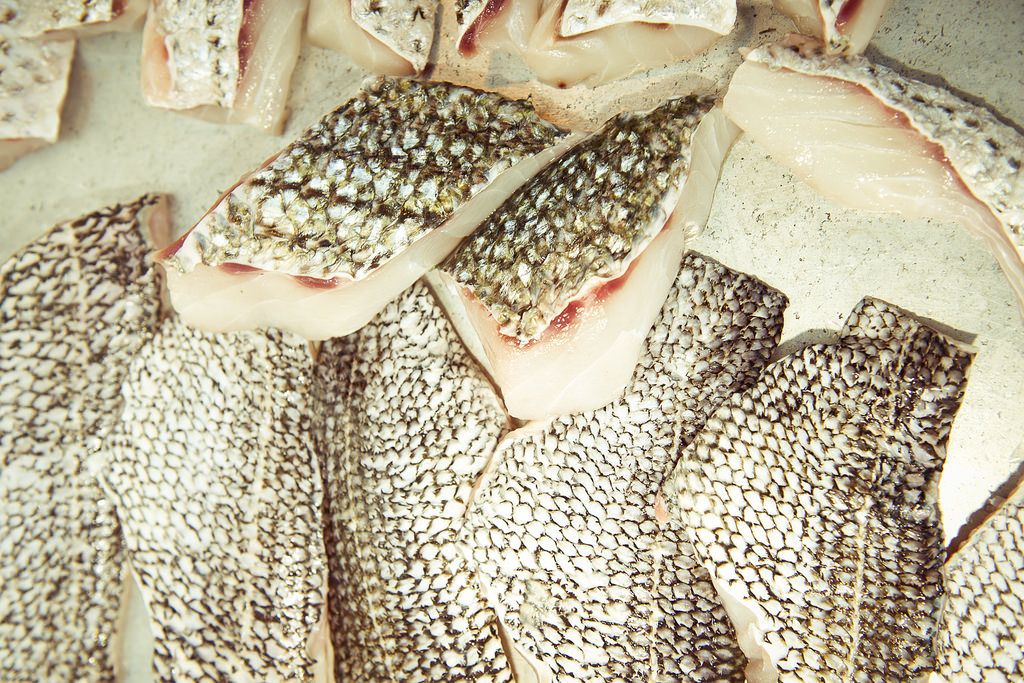 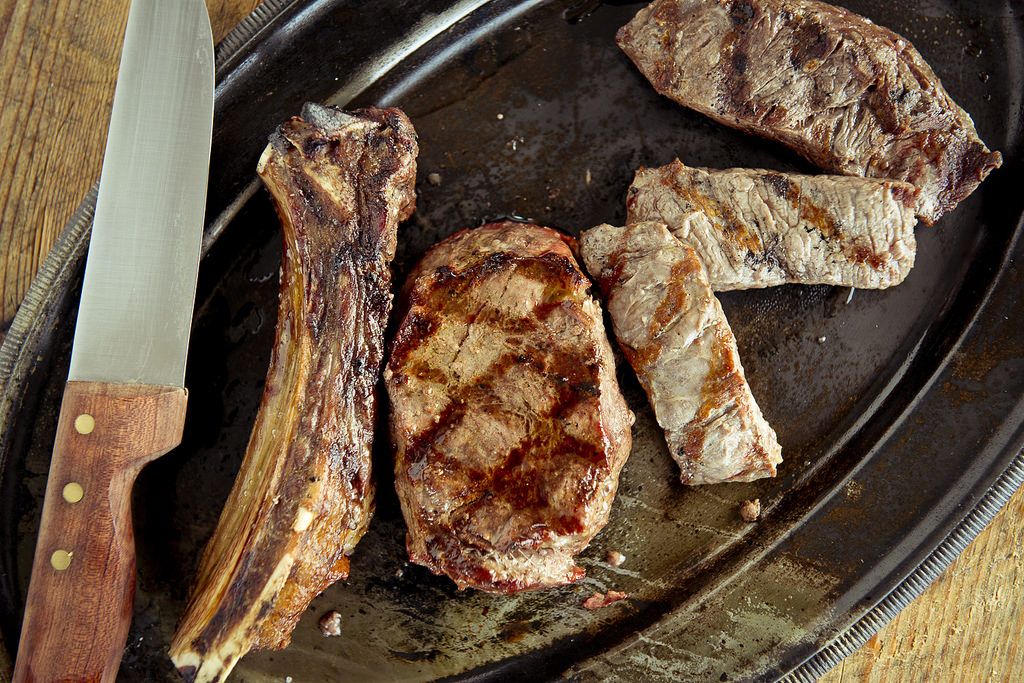 4. Some of the ingredients you mention (grape leaves, local oysters, and squid, to name a few) are difficult to source if you don't live on a farm in Martha's Vineyard. Where do you suggest people find these ingredients? Or do you intend for some of the recipes in the book to be aspirational, a catalogue of New England recipes?
There are a few ways to approach recipes as a modern day cook. Most of the ingredients are available in some form in or around cities and online. You can find brined grape leaves in jars at specialty stores, you can defrost grass-fed beef when fresh isn't available, and local oysters are great, though not strictly necessary. I cooked these dishes on Martha’s Vineyard over the course of a year and some are definitely seasonal, but are adaptable for other seasons. I used fresh coriander seed to make Crack Rice. If you want to find them ask at farm stands, the farmer might be happy to know he has a market. But if you can’t find them or any other ingredient, you should do as I do and substitute. Instead of fresh seeds, use lots of chopped cilantro and a few cracked dried seeds in the recipe. Or use a different herb, or squid instead of bay scallops. I use recipes as inspiration and hope people use mine that way, too.

5. The book includes several menus you've created. Do you have a favorite? Could you tell us a little about it?
The book has 17 menus, arranged chronologically, starting in the fall right after Labor Day. They span a year of cooking on the Island. My favorite meal is the one on page 114. We cooked it for my birthday in January: Raw scallops  start the meal. That’s my favorite way to eat bay scallops; they taste so invigorating and delicious. Then we had a nice crisp, shaved fennel salad with creamy feta and mint, then my favorite pasta, rigatoni, in a robust, yet simple clam sauce—what a perfect meal. I am not a huge dessert eater, but I do love chocolate and the dense tart that ends the meal is nicely decadent, but not so heavy that you feel like crawling into a cave to sleep until spring.

My favorite menu design is on page 54, the antler wood cut is simple and represents my friend Emma Young’s beautiful letterpress perfectly. I look at that print and imagine Emma in her tiny studio, up on a hill surrounded by vegetable gardens, bent over her 19th century press—that design conjures all of that for me. 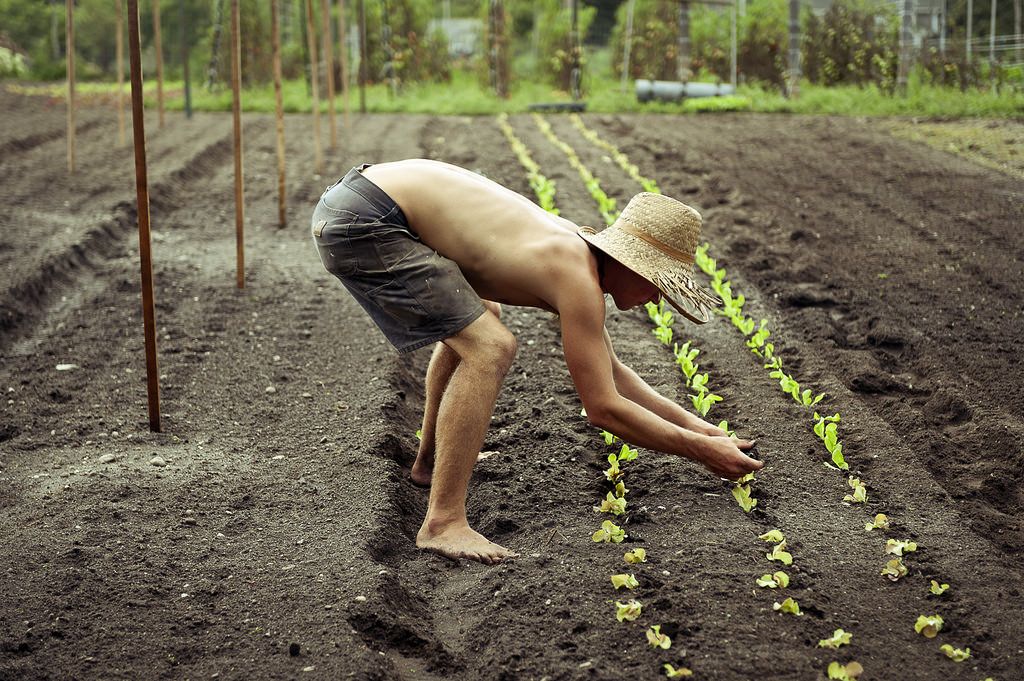 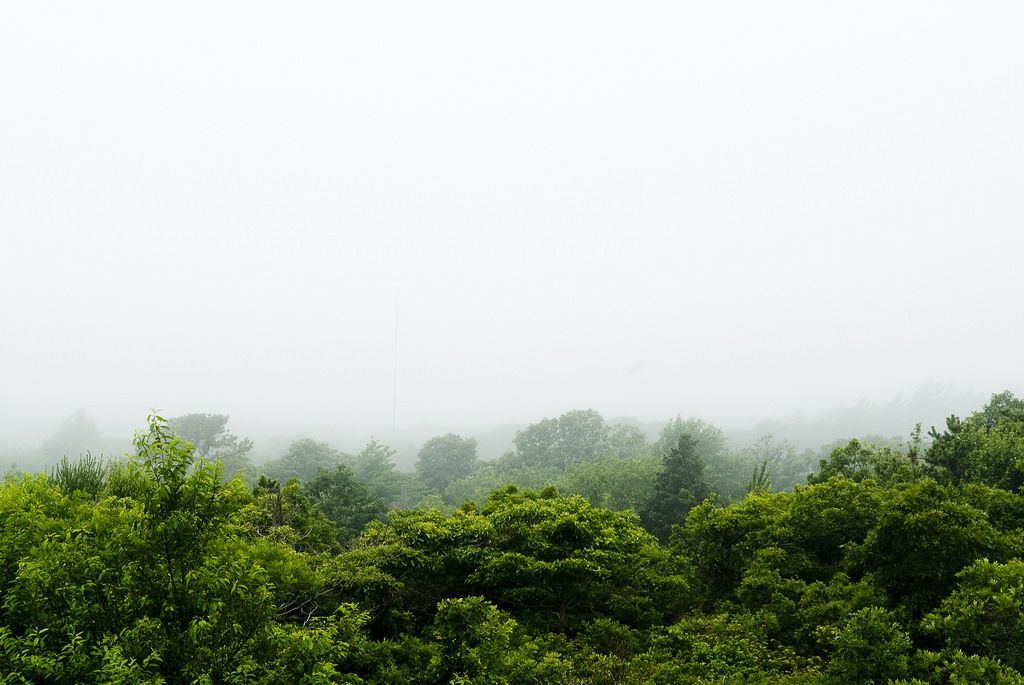 6. The book includes many anecdotes about members of your family: your aunt, sister, grandfather, and father, to name a few. Why did you make the decision to include personal anecdotes?
I like reading essays. Some of my favorites were written by E.B. White, the author of Charlotte’s Web and co-author of The Elements of Style. White wrote a lot about rural life. He was a close observer and wrote with great attention to detail regarding simple things. He said a lot with few words (just like my father); I like that. White once wrote, “You always know a farm is going to fail when the first thing the farmer does is buy a new tractor." I love the way he tells a story with that simple observation. I also like this quote because its true; the best farmers I know are the least likely to buy a new machine if they can find an old one that will work.

I wanted to tell the story of how food makes its way to the table and I wanted to share depth and context so people can understand the rural life I have enjoyed. Farming is hard work. Family and community are essential to success. And so they are important to my heritage here. I included essays so people could see my world the way I do and understand this special place.

More: Skip the monger. Here's how to scale and gut fish at home. 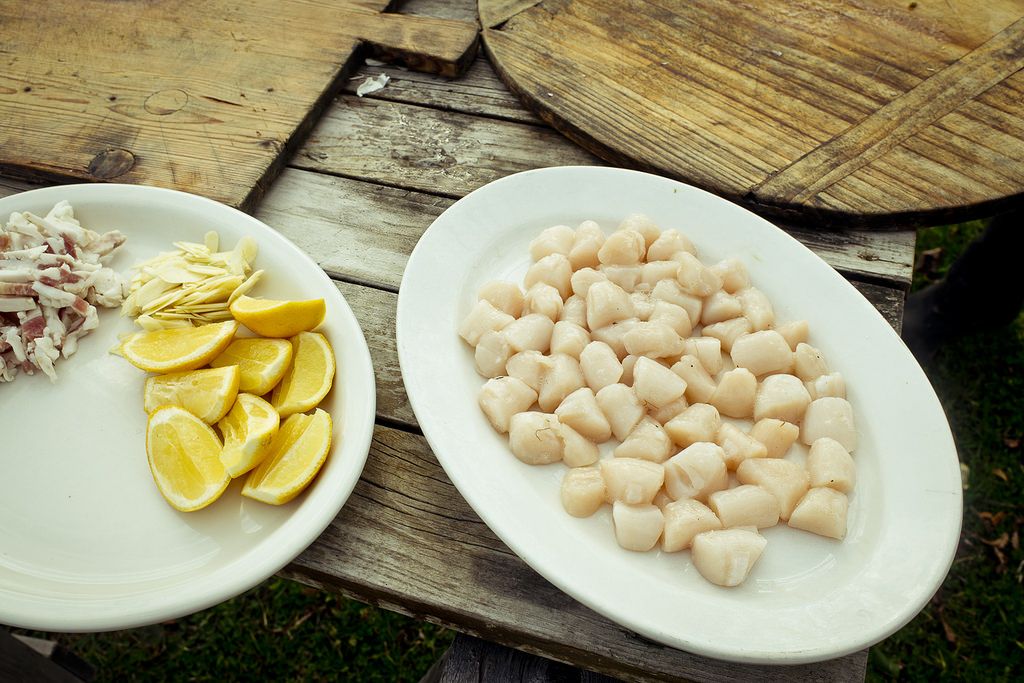 7. What is your favorite recipe from the book?
That is a very tough question….I chose about six initially: The venison loin is terrific over cedar, so are the lamb shanks marinated in yogurt and onions, but I would have to say if I could only eat and cook one thing it would be Crack Rice. The Crack Rice recipe is thrifty but exciting, and the coriander seeds (or cilantro) bring an otherwise very savory dish to life and make all the flavors marry in a very exciting way.