In Kids' Lunch, take a look into what people in the food world and the world at large pack their children (and occasionally their signifcant others and maybe even their pets) for lunch. 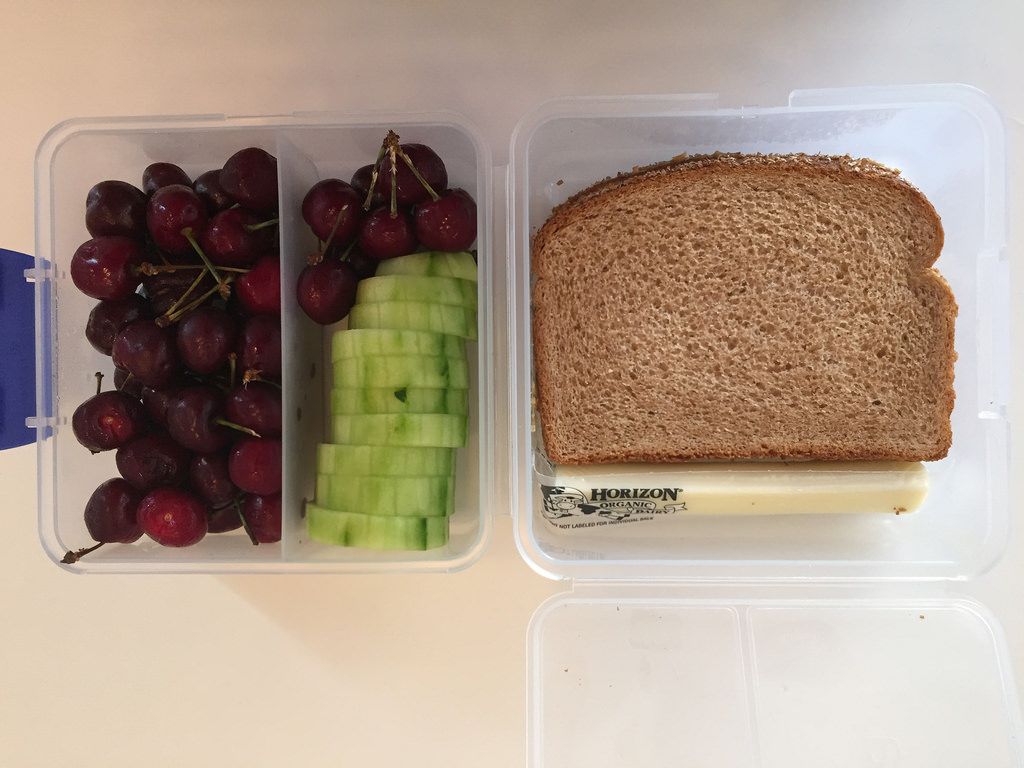 I’ve been packing almost the exact same lunch a couple times a week ever since my girlfriend (now wife) brought home two matching lunchboxes a few years back. How, exactly, they came into her possession—were they purchased? swiped from a free table at work?—I can’t quite recall. What I do know is that even though I’m decidedly not the chef of the family (sous chef, maybe), packing lunch somehow became my thing.

Unlike our one year (so far) of wedded bliss, the contents of this lunch are mostly a marriage of convenience. With one large compartment and a pair of smaller ones, the simple form of this handy ’box suggests—nay, demands—a sandwich and two sides. Who am I to argue?

Originally the sandwich was a hearty (for us vegetarians) combo of cheese, spinach, pickles, olives, and fake lunchmeat. Then my wife revealed that she inexplicably didn’t find processed sham ham very appetizing. And that overnight refrigeration left the spinach dry, while allowing the pickles just enough time to soak through the bread. So how about a peanut butter and jelly sandwich instead?

Since preparing lunches is usually my last chore of a long day, I was all too happy to simplify the routine. Which is how we came to enjoy our regular sandwich featuring…peanut butter. Yes, just peanut butter. (Although I was inspired by Food52 to try a kimchi peanut butter sandwich, which is now a staple in our rotation.) 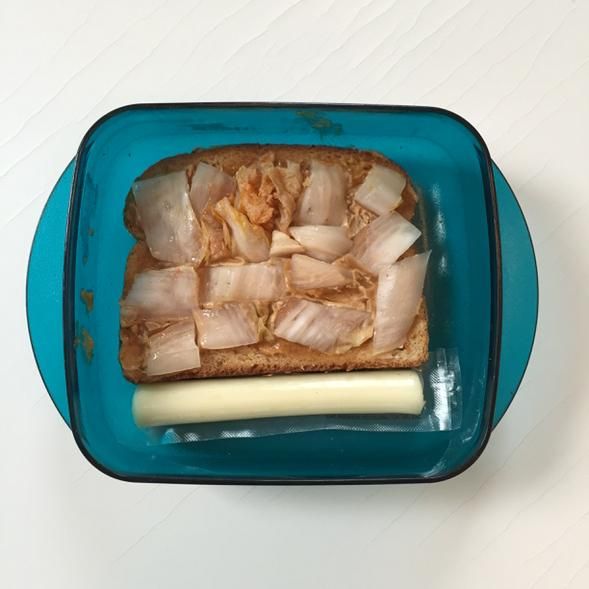 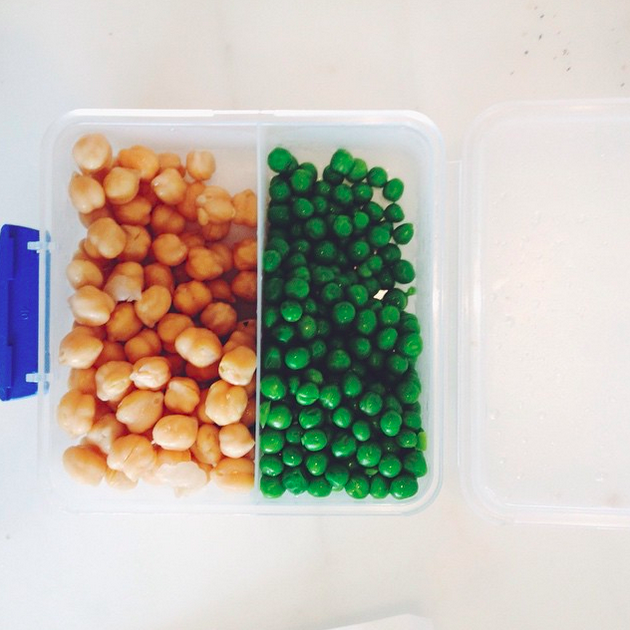 Beyond sheer laziness, another feature is that this lunch forces us to consume sustenance other than carbs. Personally I find ordering a healthy lunch in the middle of a workday akin to torture, but if fruits and vegetables are handy, I’m always pleasantly surprised by how tasty and satisfying they can be. So I’ll also chop up a cucumber or a carrot and throw in some cherries or grapes (another point of contention in our marriage: green or red?).

Add an organic string cheese (I’m not a monster), toss the lunchboxes in the fridge, and I’m done for the night. Which leaves just enough time, my wife assures me, to catch up on an episode or two of Game of Thrones…

Do you pack a lunch for someone other than a kid? Tell us in the comments below!

AntoniaJames June 19, 2015
I don't pack lunches for anyone, anymore (and never packed one for an adult, unless you count our frequent mountain top lunches following our epic hikes).
That said . . . . the lunch pictured at the very top, with the exception of those awesome divided boxes, looks EXACTLY like the lunches my kids insisted that I make for them, and that I then helped them make when they got a little older - with the exception that they really liked my not-very-sweet homemade jams and chutneys on the sandwiches, and they were total bottomless pits, so they usually got two string cheeses + cookies or other treats . . . . and they really liked a simple vinaigrette on their cucumbers. (I must have peeled and cut a thousand of cucumbers, until they got old enough to do it themselves.) ;o)

Alan C. June 19, 2015
Speaking as the author's father, for whom packing his school lunches was a chore sometimes: Nice work! The PB-and-kimchi sounds like an acquired taste, though.

(Rachel is a lucky person and you are an inspiration.)