How to Drink Beer Like You're in Eastern Europe

Greg Freitas, co-owner of The Traveler’s Bookcase in Los Angeles, travels and reads guidebooks like it’s his job (because it is). He also drinks beer the same way. Today, how to drink like you're sitting on a patio in Prague, even if you can't get there this summer. 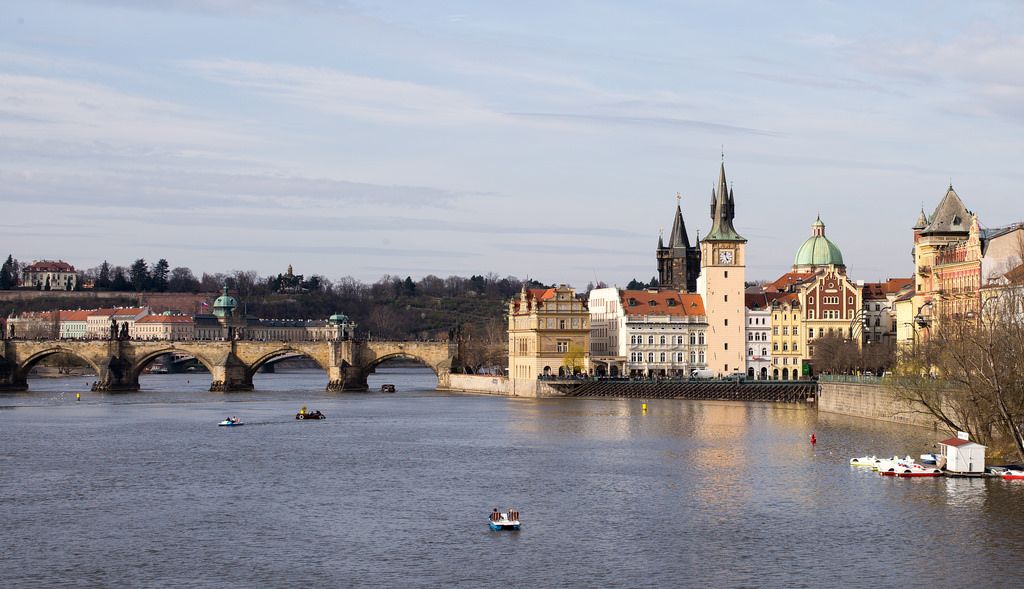 After decades of dominance by the German lager and Czech pilsner industries, a diverse, eclectic beer scene is breaking out in Eastern Europe. Even if you can’t make it there this summer—or if you can—take these lessons with you to the bar and imbibe like the locals:

1. Don't look at the menu.
Just order a beer. While this request would normally deserve funny looks at a local craft brewery, not so in Eastern Europe (though doing it stateside does free you, too). Ordering a beer is to ask for the local brew in whatever Eastern European country you're visiting. Beer in Eastern Europe is tied to national pride in a way that has no American equivalent, so by supporting the local brewing industry, you’re supporting their independence and identity. It's like ordering an Old Style in Chicago, or a Yuengling in Philly, if those cities were, say, finally getting to vote after 500 years. International diplomacy never tasted so refreshing. 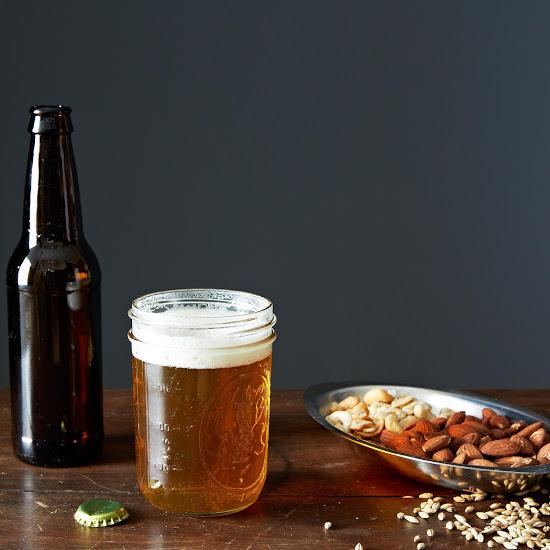 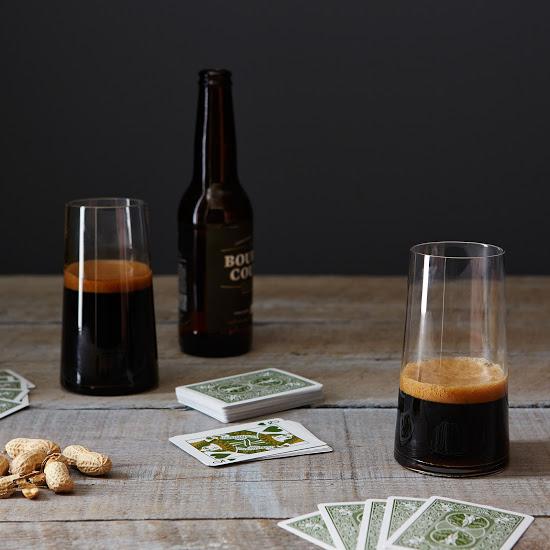 2. Dig deeper.
Hungary's Soproni or Slovakia's ubiquitous Zlaty Bazant are perfectly drinkable lagers, but don't stop there. Slovakia's beer scene is in its infancy, but in the country’s capital, Bratislava, you can stop by Zamocky Pivovar by the castle for new brews. Nearby Budapest has a thriving craft beer scene, too. Head to Csak A Jo Sor (Only Good Beer) for rotating taps and hundreds of interesting bottles. It also nails the "apartment as bar" concept so well, you'll wonder if someone actually lives there. Then check out Hopfanatic, a graffiti-decorated ruin bar built in a tunnel. They brew the best IPA in Hungary, No Hop Limit. Back in the States, there are tons of resources online, like Beer Advocate, for scouting smaller-scale breweries.

3. Go indie.
Most pubs in Prague are in the pocket of the national brewing giants, so serving anything beyond the name above the door is strictly forbidden. Opt for the oddly named Prague Beer Museum, not a museum at all but rather a string of beer halls that are proudly independent. Here you'll sample over 30 beers on tap, including the local microbrews. Look for anything by local legend Martin Matuska, the Vinnie Cilurzo (of Russian River/Pliny the Elder) of Eastern Europe. The menu alone is worth the visit—voluminous, multi-lingual, and informative. Back at home, do the same and seek out the small brands. Russian River Brewing is a good place to start. 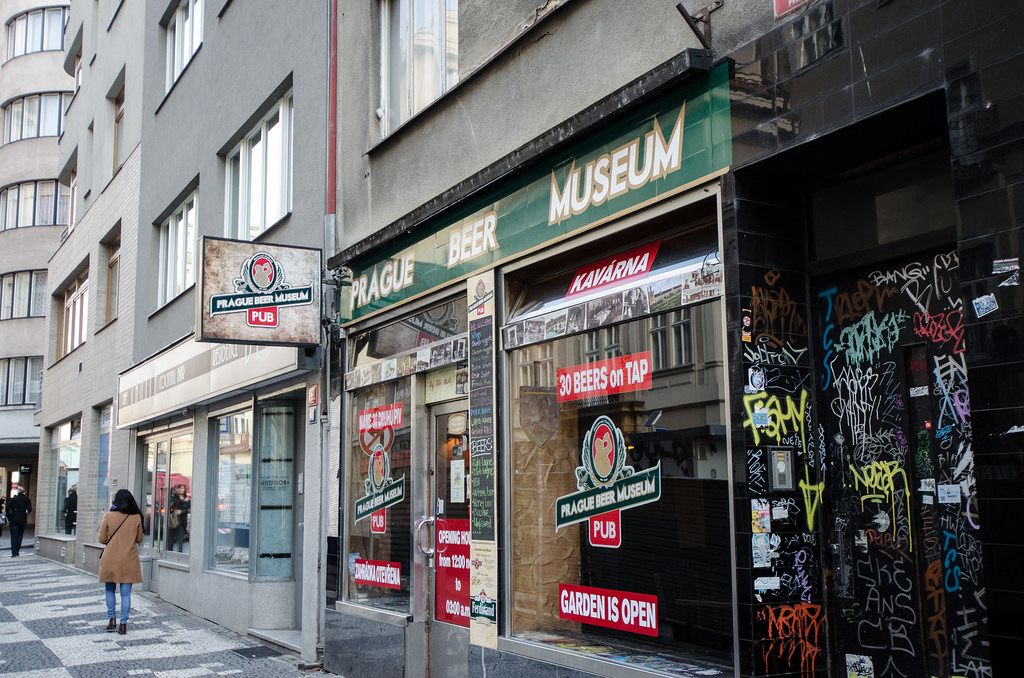 4. Try new things, like tank beer.
Anyone traveling to Prague for the first time will be told that the Czech beer Budvar eventually became the bland 'Merican mega-brew Budweiser. Don't blame the Czechs—they also invented the world's most delicious pilsner, Pilsner Urquell. The Pilsner that travels stateside in bottles is pasteurized for health and storage reasons, zapping it of taste and body. So in Prague, the locals drink tank beer—straight from the brewery. Always fresh and unpasteurized, tank beer doesn’t make contact with air until it arrives in the glass. The difference in taste is astounding, like switching from shrink-wrapped, grocery store sushi to line-caught toro from the Tsujiki fish market in Tokyo. For the legit local experience, go to U Rudolfina or Lokal in the Old Town, or look for the tankove pivo sign around the city and you’ll know tank beer is near.

In the U.S., the curious could make a beeline for the nearest craft brewery to approximate that tank freshness, or look for bottle-aged beers at the store for creamy non-pasteurization, but you wouldn’t really get close to the experience: The only way to do so would be to have 700 pubs in the same city all serving beer with the same strict standards, and then filling said taverns with ludicrous amounts of second-hand smoke. So it’s not going to happen—get thee to Prague.

5. Don't just go for what they're known for.
Eastern Europe isn't just about pilsners and lagers. Baltic Porter is a style of beer that was cut off from the rest of the world for years behind the Iron Curtain. Slightly sweeter and with greater alcohol content than its British counterpart, it’s also not as hangover-inducing as Russian Imperial Stout. The Holy Grail of Baltic Porters is Pinta Imperator Baltycki from Browar na Jurze, just one hour from Krakow in Zawiercie, Poland.

Below is a map of some of the spots to check out. Let us know in the comments what other travel tips you're on the hunt for!

travelersbookcase.com
Greg is the co-owner of Los Angeles's Traveler's Bookcase, a bookstore specializing in travel books.

Alex June 26, 2015
Czech beer is amazingly delicious. Coming back to American craft beer after a week in Prague was a huge disappointment.

Justin O. June 25, 2015
Having been to both Prague and Brno and gone to a few of these places (and just generally had my fill of pivo), I can attest to the accuracy of this post in all ways except one. Do not call Czech Republic Eastern Europe -> it is Central Europe. It is like telling someone from Colorado they are from the midwest - and they will instantly have a bad taste in their mouth. Otherwise, Nice and informative - and true for those new to Central European beer.

Lil June 25, 2015
I have been to The Traveler's Bookcase since I live in LA. Love the store!! I hope they remain there for a very long time.
Ljiljana Stojanovich