Why Reno is the Best City You've Never Been To

Do you like swimming at 8200 feet? Drinking beer outside? Ballparks that encourage picnicking? You should go to the biggest little city in the world. 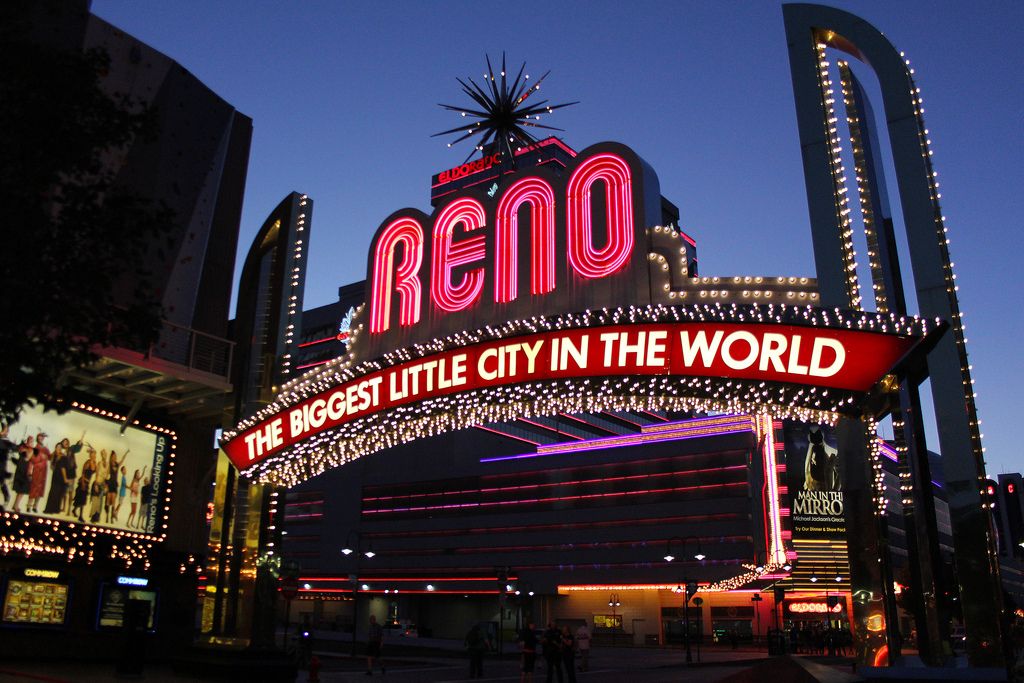 If you answered "Yes" to any of the previous questions, this article is for you. (If not, you must be from Reno, so read on anyways, then let me know your favorite spots in the comments!) 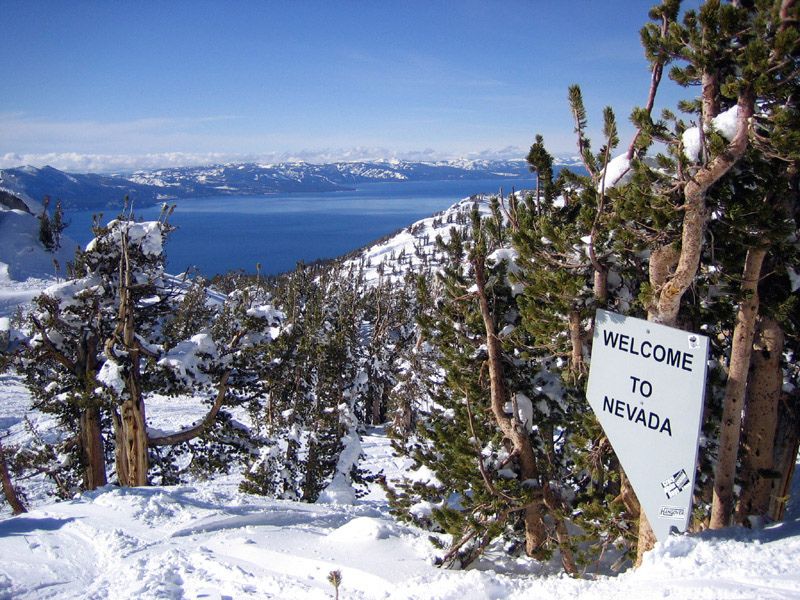 
It's easy to make fun of Reno. People who have never visited think it's Vegas's podunk alternative, and those who live there had to laugh when an ad campaign referred to it as "The New Brooklyn." But Reno falls somewhere in between its stereotypes: No, the policemen and women don't wear short-shorts; yes, Reno has a burgeoning hipster and craft beer culture.

Here are a few Reno facts for you non-believers: It's not unusual for people to spend their lunch breaks skiing, Lake Tahoe is 20 minutes away, it gets all four seasons without any being too harsh (none of this; more of this), and it's beautiful—there are cloud formations in Reno that don't exist anywhere else in the world. Even after high-tailing it to the East Coast as fast as I could after nearly ten years living there, Reno remains one of my favorite places. Nowhere else is there such a vast array of things to do. Don't believe me? Here are some of my favorite places and things to do in the biggest little city in the world: 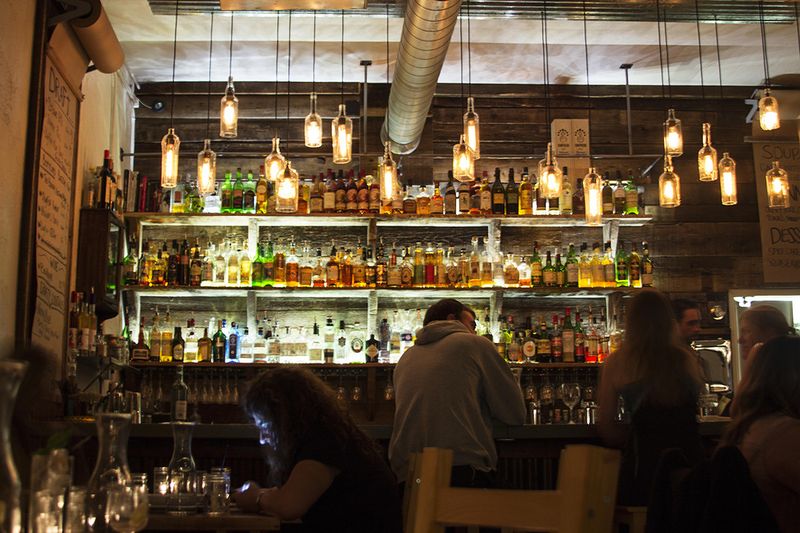 Midtown Eats is a great place for lunch or dinner. (Photo courtesy of RenoTahoe, via Flickr)

Places to get a drink (including coffee): 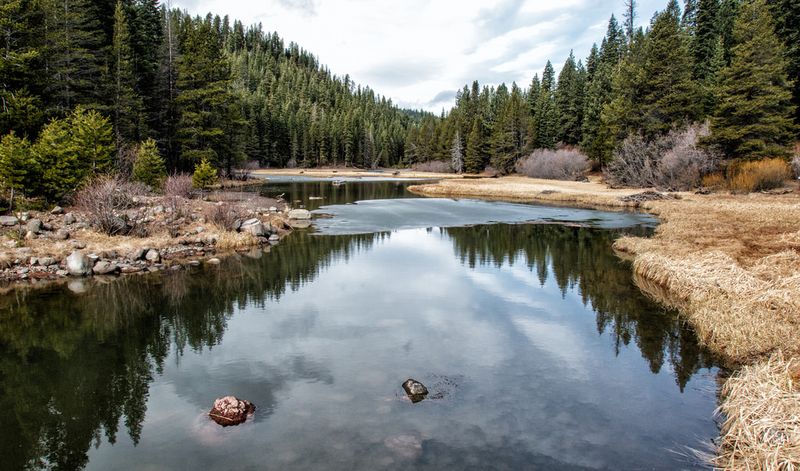 
Things to do in the summer: 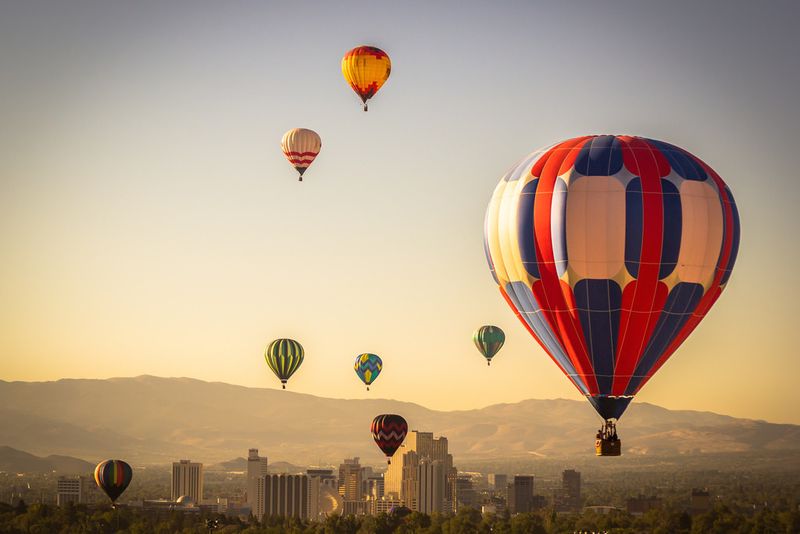 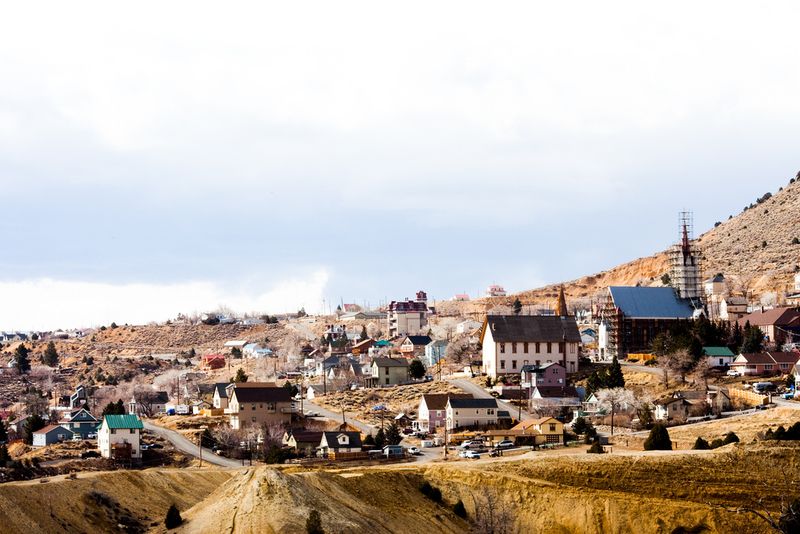 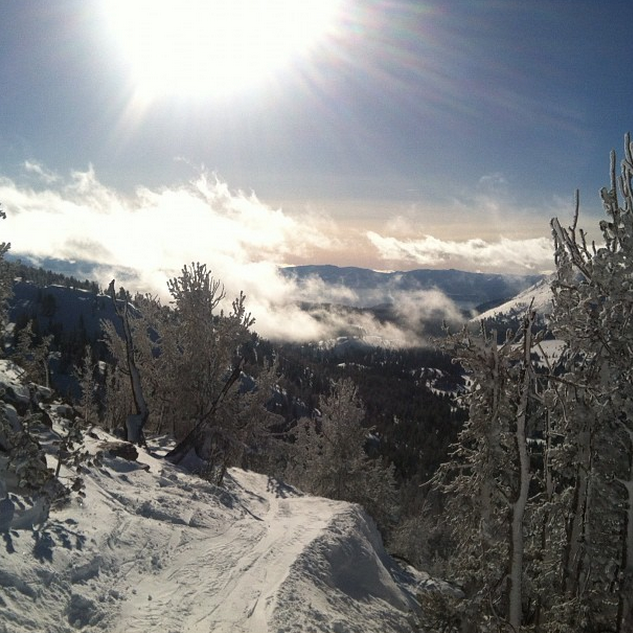 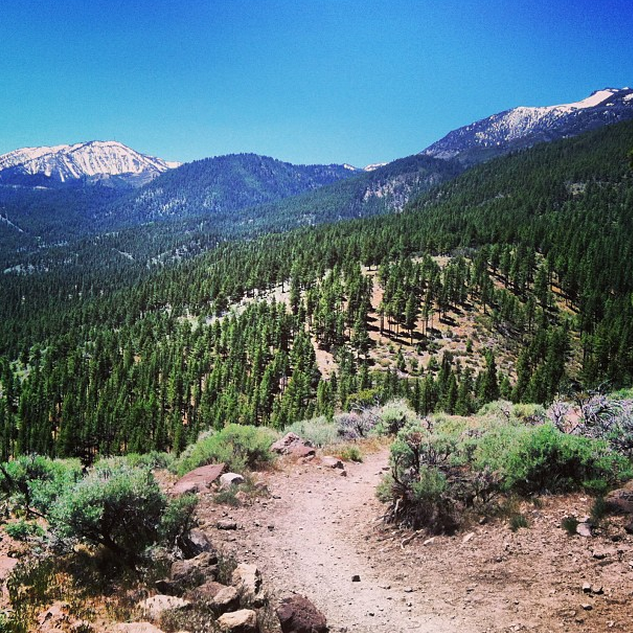 Left: The view from the top of a run at Mt. Rose; Right: The top of Upper Thomas Creek trail, with a view of Mt. Rose

Things to do in the winter:

See all of our picks on the map below. Where do you love to go in Reno? Did we convince you to visit? Leave your suggestions for us in the comments!

nina September 13, 2015
This was such a great resource for my recent visit to Reno. I also loved Sundance Books and Heritage Restaurant that is part of Victory Point Hotel!

Millie M. August 11, 2015
What about Campo on the river? Or Brasserie St. James on Center which has some of the best pub food in town. And for an old Reno staple, there's always Johnny's on 4th St. Great classic cocktails and one of the best Caesar Salads in town. Very enjoyable just to have light dinner and a cocktail in the bar.

James August 11, 2015
In my opinion, if you eat in only one restaurant and have only one cocktail in Reno, it should be dinner and a picon punch at Louis Basque Corner. A true Reno institution.

Seth P. August 10, 2015
You forgot to mention one of the best recreation activities available in Reno. Mountain Biking! Peavine single track has exploded over the past 5 years with a vast amount of great trails and then you have Tahoe to Downieville all world class areas to ride.

Ali August 10, 2015
Sierra water gardens off Dickerson street is the best kept secret of all of Reno. Tucked away and totally out of nowhere you are in a magical Escape of greenery and tranquillity. Succulents and ponds- the river is on the back end with horse shoes. also BYOB concerts every other Friday! Best, the absolute best.

Debbie K. August 10, 2015
Next to University at Reno is the Navada Historical Society Museum, looks like nothing but inside a wealth of amazing artifacts.

Cindy E. August 10, 2015
Love this!! I went to college in Reno, met my husband there, and got married there (at Lavender Ridge). We live in Portland now, but visit a few times a year. It's so close to Tahoe and the restaurants seem to just be getting better and better. Most of my family and friends are still there, so I love visiting. We always have brunch at Stonehouse and get donuts from Doughboys. Our last visit we discovered Coffee Bar and were so pleased!

John L. August 10, 2015
Don't forget about Noble Pie Parlor. Best wings and pizza in the Reno area open to the wee hours of the morning.

Rebecca C. August 10, 2015
Shakespeare on the Lake is a favorite. And the spa at the Atlantis is wonderful!! Also Campo, Sup, Rubicon Deli, Rounds Bakery....

Kristine H. August 8, 2015
Great article! I'm staying in Reno next week for a night and can't wait to check some of these places out. Is there a hotel or area you'd recommend staying in?

T August 8, 2015
Whitney Peak is a great place. They have a great restaurant too, Heritage.

Diana K. August 7, 2015
<3 Thank you for the Reno love! Tahoe isn't 20 minutes away, it's about 45, so lunch break skiing is harder than that buuuuut it has been wonderful to drive up to it on a whim for years and years. I moved away 5 years ago but still love a good Reno visit!
Author Comment

Leslie S. August 7, 2015
I guess it depends what part of the city you're in! I was able to at least once a day—but I lived in South Reno which is definitely closer to Tahoe/Mt. Rose than other parts!

Dan M. August 7, 2015
One of the best places to get breakfast in Reno is Peg's Glorified Ham and Eggs. Unless you get there early there is usually a wait during the weekends but it is totally worth it.
Author Comment

Leslie S. August 7, 2015
Yes! Their wedge salad is delicious. There's also one in South Reno that has a shorter wait!

Leslie S. August 7, 2015
How great! Where is secret harbor? My favorite beach in Tahoe is Chimney. And you most know Tom Quinn then!

Secret Harbor,(south of Chimney) surrounded by Tahoe National Forest was a private enclave whose members included San Francisco socialites like the Theriots and others. It was a fancy campground with a dock, boathouse, on premise caretaker and a clubhouse designed by Julia Morgan,

TheWimpyVegetarian August 6, 2015
Really nice article! We live part of the year at Tahoe and go over to Reno fairly regularly. I admit we're still getting to know. I now have a nice list of things to explore. Thanks! Is the Truckee running in Reno? I know they've closed the damn up here at Tahoe as the Lake levels are low.
Author Comment

Leslie S. August 7, 2015
Unfortunately the Truckee is running at extremely low levels this year and may not be open this summer I just learned! But luckily you have plenty of other places to explore—I hope you enjoy! Head up to Fallen Leaf lake above Tahoe if you haven't already been—one of my favorite spots!

boulangere August 6, 2015
I love visiting the son and daughter-in-law, who live there. Hiking and mountain biking opportunities are abundant and never far away. I love The Stone House and The Old Granite Street Eatery (I met Sir Patrick Stewart there last winter). Compass is lovely, too; its beautiful patio overlooks the Riverwalk. Reno also has an active home-brewing community, in which my son participates; all are very generous with their experiences and information.

Tee I. August 6, 2015
Thanks for the Reno love, Leslie! While I'd love it if we could claim an exclusive on lenticulars, they do occur in lots of other mountain climates. We just happen to (lucky us) get a lot of them.

AntoniaJames August 6, 2015
Interesting! How does that 4,400+ foot elevation affect baking there? Does it give you grief? ;o)
Author Comment

Leslie S. August 6, 2015
Yes! I think it's actually the reason I don't bake now—I never quite figured it out (see this article: https://food52.com/blog/12551-for-good-measure-a-non-baker-s-adventure-in-cake-making)! Baking cookies always ended in heartbreak.

dymnyno August 7, 2015
Helen, I actually also have a house in Sun Valley Idaho at 5600 feet...yes a challenge that becomes a daily reality.