Is Your Cilantro Contaminated? Go Check!

If your cilantro was grown in Mexico, it might be contaminated! Here's what we know: 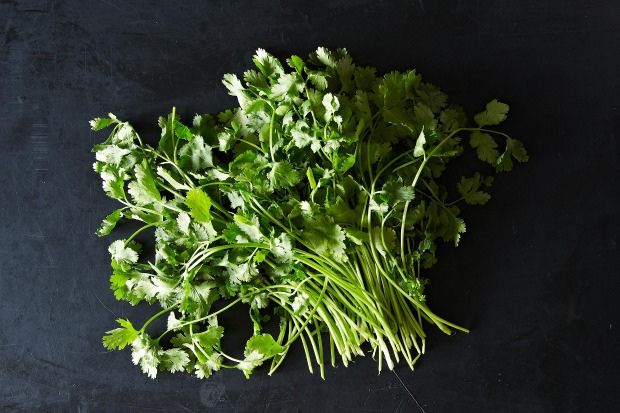 The F.D.A. has officially banned imports of some cilantro coming from Mexico, following reports of human feces and toilet paper that were found in certain growing fields south of the border.

The findings have officially been linked to reports of stomach issues dating back to 2012, and specifically cyclosporiasis, a parasitic illness that affected over 300 people in the U.S. last year, and over 600 people in 2013. All Mexican cilantro is being detained at the border—and all imports from Pueblo to the U.S. specifically, without inspections and certifications, are being held.

Have any in the crisper? Go read the label—if it came from Mexico, you should consider throwing it out. To be safe, now's a great time to start sourcing it locally.

susan G. July 30, 2015
I now wash everything before I cut into it, since the contaminated melons episode - toxins on the skin were driven into the flesh that is eaten raw. This applies to both commercial and organic produce, since it's all exposed to humans, exhaust fumes from farm equipment and transport, etc.
Organic cilantro, in my experience, holds up better than commercial - could that be due to contaminants?
I am growing cilantro, now only 2" high. I'll never have enough to make a 'bunch.'

James July 30, 2015
Thank you for the post. Always had a doubt in my mind that this is possible. Growing up in India, we never had salads other than eating cut cucumbers or carrots for this same reason. I continue to follow that here in the US. I wash all food thoroughly before cooking.

junewl July 30, 2015
our cilantro comes from the farmer who grows it down the road. despite the fact that i know where our onions, cabbage/cauli/brocc/kale tomatoes/peppers strawberries/raspberries, etc., come from (right here in Ventura County, CA), we all have to be concerned about contamination. wild hog incursion into lettuce fields in Salinas made lots of people sick a few years ago. 10% bleach solution works for me.

boulangere July 30, 2015
And if you think the issue of "grey water" extends to only cilantro which needs to be washed prior to consuming, you are dangerously naive.

george H. July 29, 2015
A lot of cilantro here in California comes from Mexico. WASH IT!!! Then dry it on paper towels. Don't be scared, wash it. You should assume that the above contaminates could be in California grown veggies. Wash them.

Panfusine July 29, 2015
its really unnerving, considering Cilantro is a given in my daily cooking. How does one find out for sure if the produce is from Pueblo?