We Think Google Invented a Squash 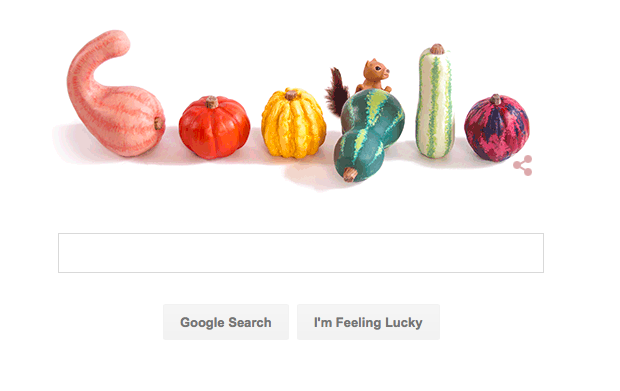 I frequent the farmers market with such enthusiasm and regularity that I figured I'd be able to identify the squashes in today's autumnal equinox-themed Google doodle (doodled by artist Kirsten Lepore) without breaking a sweat—but the identification process has proved harder than anticipated.

After scrolling through page after page of heirloom gourd e-catalogs, digital farmer forums, and Google Images, the squashes seem to be, from left to right:

We think the final squash in the doodle—the "e"—might be totally made up. Have you seen a squash or gourd like that in the wild? Help us identify it by showing us a picture.

When we broke #SquashGate, we asked you to make your bets on what that last purple squash might be, and many folks—on Twitter, Facebook, and in the comments—said that it resembles the Lakota squash or the red kabocha squash: 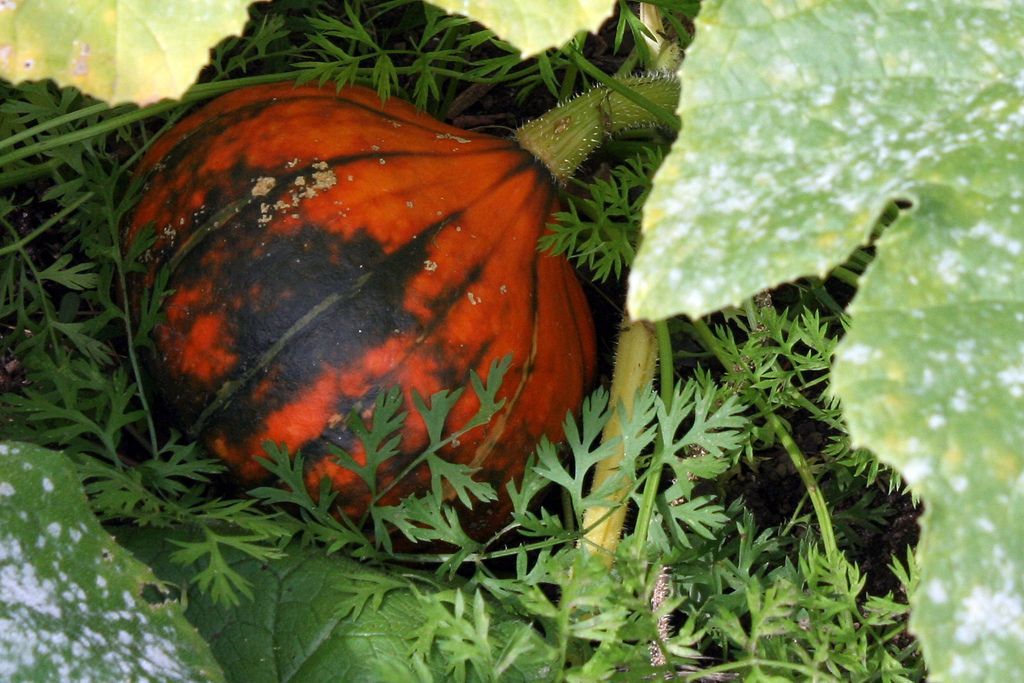 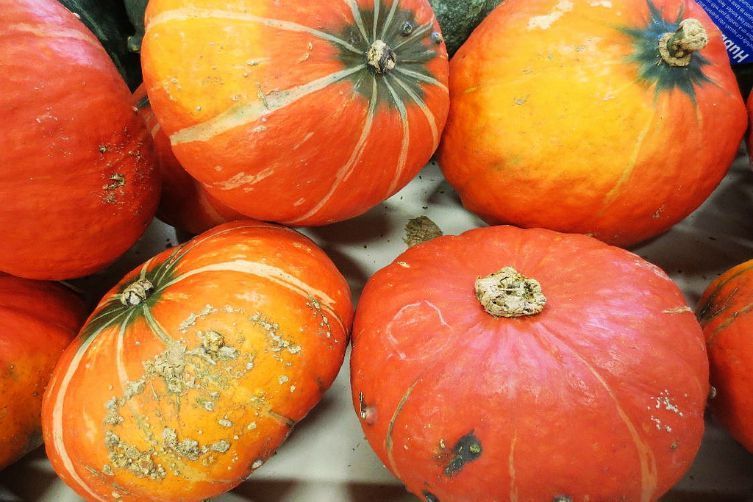 We reached out to Kirsten, the illustrator, to confirm—and she admitted that she didn't know exactly what kind of squash it was. But she did share her original reference photo with us, and said that she also guessed it might be a red kabocha (or a red Kuri or Hokkaido squash).

Feeling lucky? What's that squash? Tell us in the comments.

Photo of Lakota squash by carleton500gardener via Flickr; photo of red kabocha squash by DiannesDigital via Flickr

Danny H. May 23, 2016
Its a red Kuri winter squash they look exactly the same

fran September 25, 2015
You know curcubites interbreed freely, don't you? We once saved seeds from a homegrown-pumpkin and the next year's crop was enormous, green, and had pointy ends. So if this squash was grown from seeds gleaned from a garden squash instead of a seedsman, it could be ANY kind of mutt squash, or part pumpkin, or part gourd, or part … well, you get it.
Author Comment

Colleen S. September 24, 2015
I think it's the special google squash that only google employees get.. An employee perk.

AntoniaJames September 24, 2015
Mystery solved. Kirsten Lepore responded to my question about this as follows:

@HowMotherCooks @google Hi Helen! I'm not entirely sure what it is, but this was my original reference image:

So, Micheal Hoffman, Google did not engage in any fraudulent conduct. ;o)

cheese1227 September 24, 2015
When my kids were small, we always painted gourds for festive fall table decorations. The squash in question looks like the one my daughter painted the year she loved pink.

Caroline L. September 24, 2015
i love this idea! maybe it is a festive, painted squash.

Elizabeth B. September 23, 2015
The much more important part is that the squirrel is trying to make eye contact. That is so not the way squirrels operate.
Author Comment

AntoniaJames September 24, 2015
That depends on the squirrel. The cheeky fat ones living in an established metropolis they built in the giant redwood not far from my kitchen window actually will stare you down, generally with a smirking expression that says something along the lines of "Hey, you gotta problem with that?" ;o)

Christopher G. September 23, 2015
Marrow. don't know what you call it in USA but in England the g or the l could be a marrow.

AntoniaJames September 23, 2015
The colors have obvious been played with on more than one of those.
On another note . . . .
A family of cushaws was spotted last fall at the Piedmont Grocery in Oakland: https://instagram.com/p/uKGb8fmB9o/?taken-by=howmothercooks ;o)

amysarah September 23, 2015
Actually, the one on the far left may be a real squash, but it's a more, uh....interesting depiction.

Nozlee S. September 23, 2015
I think it's a red onion dressed as a squash for Halloween.

MailKimp September 23, 2015
E looks like a pomegranate squash (a variety of squash I just made up).

Michael H. September 23, 2015
We must hold Google accountable for this unnatural Deception Gourd!