How to Drink Pumpkin Beer Like a Beer Nerd

"Yeah, that’s the closer question to the truth," he says. 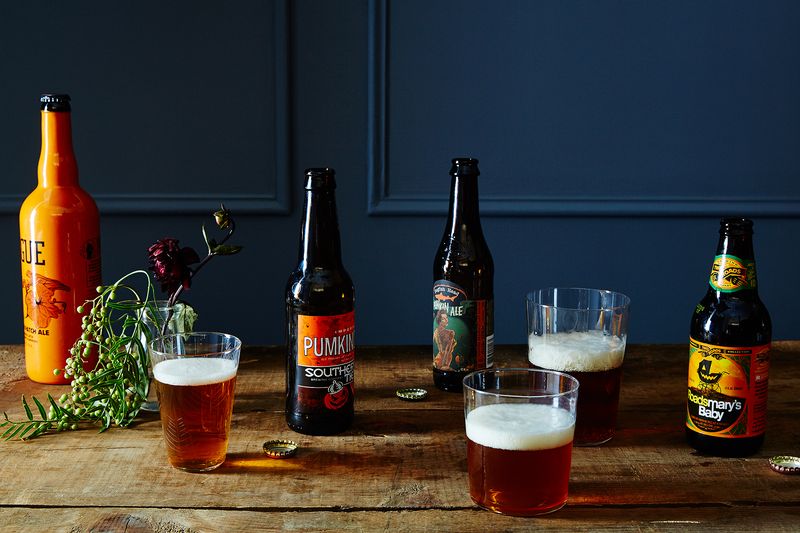 Around this time of year—when pumpkin everything is in full swing—beer bottles with headless horsemen, bright orange labels, and jack-o'-lanterns start to sneak in between the Sam Adams and Heinekens. But the truth is that beer nerds, people who brew, bartend, and really (really) love beer, generally don't love pumpkin beer.

Mike chooses his words carefully. "I know a lot of people who love pumpkin beers, but generally, they're kind of looked down upon [in the beer community]." He explains that most pumpkin beers suffer from the same afflication that, to name another popular orange beverage, Pumpkin Spice Lattes do: They're more spice than pumpkin and incredibly sweet. He says, "If you randomly pick a pumpkin beer off the shelf, it's usually a multi, amber-colored beer that's overly sweet and tastes of nothing but pumpkin pie spice—you don't taste the pumpkin." Luckily, for those of us who consider pumpkin to be the national food of fall (hello!), there are exceptions to the rule: There are good pumpkin beers out there. 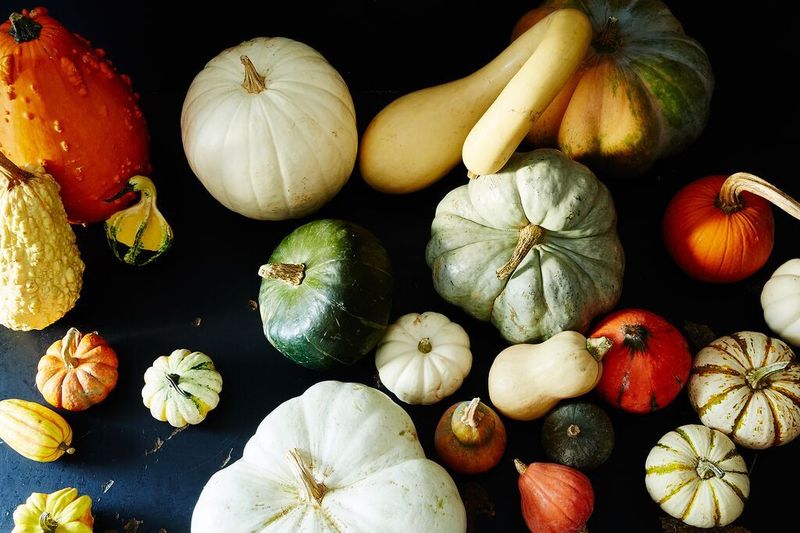 Mike says that the pumpkin beers he likes are generally darker, bigger beers with higher alcohol contents. He says, "They carry the flavor much better [than mass-produced lighter beers], and work better at this time of year anyways." He says that a good example of this is Autumn Maple from The Bruery in California. Technically, they use yams, but they use a lot of them—there are roughly 20 pounds of yams per barrel—so the flavor of gourds comes through in the beer.

Here are some other pumpkin beers he recommends (when pressed):

If you choose to have a pumpkin beer with dinner, Mike suggests that you choose something to eat that's very rich and can hold up to the big flavors. He says, "Things like rich stews, braised fatty meats—pork belly perhaps—or duck confit might work well. For non-meat options, perhaps a rich macaroni and cheese—even better if made with a portion of smoked gouda—would work well." He's quick to add, "Everybody's tastes are different, there are no wrong answers!"

What is your favorite type of pumpkin beer? Tell us in the comments below!

Meagen November 2, 2015
Lakefront Brewery makes a Pumpkin Lager that is absolutely delicious. If you can get some I definitely recommend trying a bottle or more.

Megan T. November 2, 2015
Whole Hog Pumpkin Beer from Point Brewing in WI is fantastic. Another favorite is the ale from St. Louis's Schlafly's!

epicharis November 1, 2015
Pumking is fantastic, as is the companion pumpkin beer Warlock. But Warlock can be pretty tough to find and at 10% ABV it can put you down for the count. I also think the Jacques Au Lantern from Evolution is worthwhile.

Brynn October 30, 2015
Ballast Point's Pumpkin Down is definitely the best I've had. It is a Scottish ale with pumpkin and has an excellent spice balance.

dnote October 30, 2015
Southern Tier's Pumking is without a doubt the best I have had. It's not only my favorite pumpkin beer, it's one of my favorite beers, period.