We've asked her to start sharing the menus for her favorite films with us -- here's the fourth installment: notorious summer blockbuster Jaws.

Regrettably, there will be no tires on this menu. Nor license plates. Unfortunately, you all are human, so I cannot conduct myself in the manner I would wish. Fine.

But that doesn't mean I don't endorse the shark ... 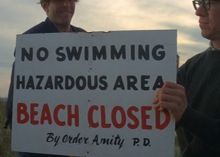 I recently had the fortune to see Jaws the way it was meant to be seen: 35mm, widescreen, late night, butter-flavored-substance slathered-popcorn in hand (courtesy of a delightful film series at New York City's IFC Center called "When Animals Attack"). It happened to be one of the more thrilling experiences of my recent existence ... and not just because I am a movie nerd.

Jaws, as you likely know, is the consummate Summer Blockbuster. "The One That Started It All," they say. However, when push comes to shove and you actually watch Steven Spielberg's thrilling film, you cannot deny that it is, quite simply, terrific.

The story begins when the small island of Amity -- the economy of which is based on the summer tourist trade -- is thrown into chaos when no less than a Great White Shark is discovered in their waters. Police Chief Martin Brody (Roy Scheider), himself afraid of the water, flies in the face of town's "don't close the beaches" pleas and investigates the attacks, soon joined by marine biologist Matt Hooper (Richard Drefyuss, in oh so cute glasses and beard) and fisherman Sam Quint (Robert Shaw). 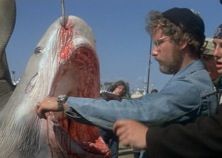 Jaws bests most summer blockbusters for many reasons, the least of which include: John William's infamous, terrifying score; the palpable sense of something lurking caused by the lack of views of the actual shark; and characters whom you come to love, epitomized in one of my favorite scenes, near the climax, when the three main characters sing Show Me The Way To Go Home.

As Memorial Day is about kicking off the summer, and summer is about blockbuster movies ... Jaws is no less than the perfect film to start the season. So break out the grill, fire up some fish, and sharpen your teeth as you plunge into what is, honestly, a criminally emotional experience. Just prepare yourself not to feel like swimming any time soon.

Dinner: By Order of the Amity PD

Michelada (aka Bloody Beer) by TheFlyingFoodie

Grilled (or Broiled) Oysters with a Sriracha Lime Butter by melissav 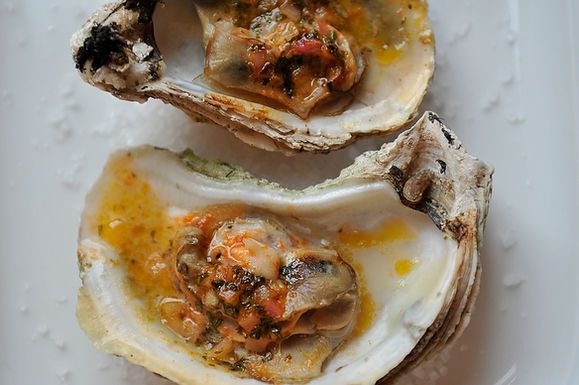 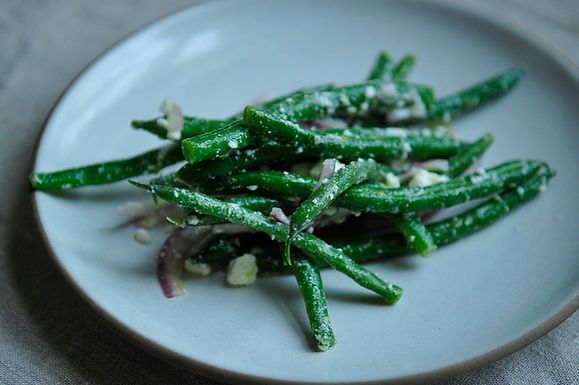 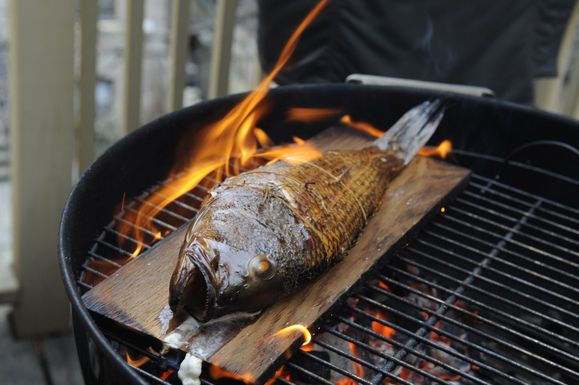 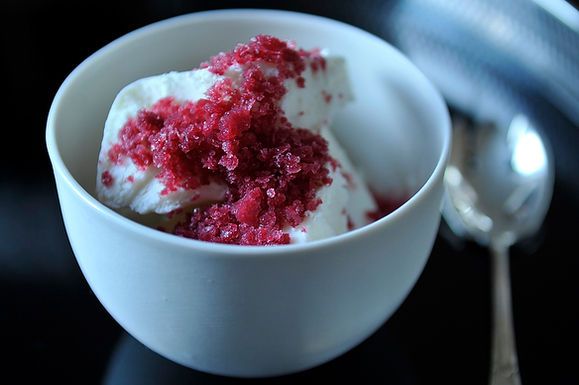 [If you don't get a chance to kick off a personal blockbuster series this weekend and want the thrill of a lifetime, IFC Center is showing it again -- the real way -- from July 1st to 3rd.]

See what Elena's serving with The Age of Innocence, Vicky Cristina Barcelona, and City Lights.

Panfusine May 27, 2011
The pic of the cedar plank grilled fish.. the expression in that fishes eyes... terrifying, although quite apt for the chosen movie!

Greenstuff May 27, 2011
My favorite film about the ecology of the Cape and Islands!

mrslarkin May 27, 2011
We’ve seen a lot of the John Hughes brat pack flicks; also Stand By Me; Ghostbusters; the Princess Bride. Still have to see Back to the Future, PeeWee’s Big Adventure, Poltergeist, Footloose, Revenge of the Nerds, Fast Times at Ridgemont High, Willow… It’s a long list! (and that’s only the 80s.)

karnogly May 27, 2011
Wow. I love the dessert colors and symbolism. What a great nod to a fantastic movie. After eating all that food, you're "gonna need a bigger boat". :)

marisab67 May 27, 2011
That movie is perfection in a hundred different ways! This menu needs some head cheese though....

aargersi May 27, 2011
Gawd I couldn't even get in a pool for months after that movie - I think that now (what, 36 years later? Um, that makes me OLD) I have emotionally recovered.