Winner of Your Best Canned Fish

Congratulations to cristinasciarra whose Sardine Butter won this week's contest for Your Best Canned Fish! 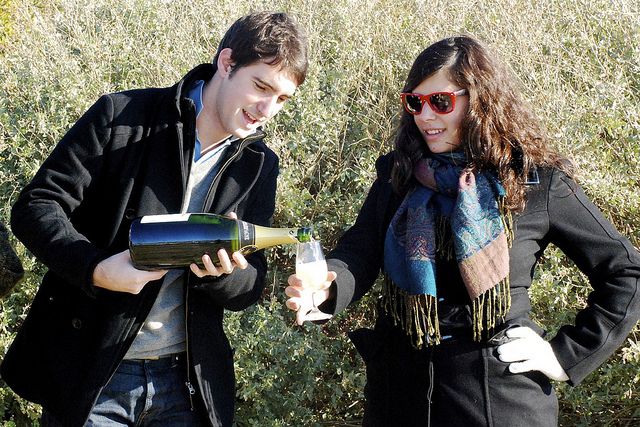 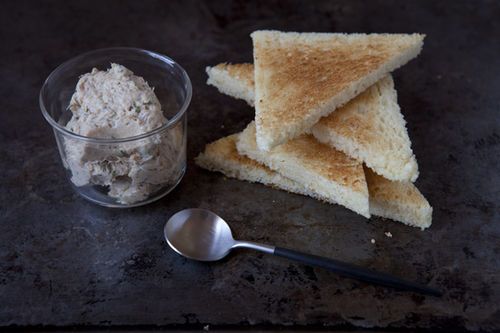 My views on food and cooking really changed when I moved abroad. I lived in Madrid for a year and a half, and then in Paris for a year, and I started going to the market on an almost daily basis. It quickly became apparent what a difference fresh, well-sourced ingredients could make. Lunch was not a chore, gobbled down in fifteen minutes, but a chance for a little mid-day restoration and, dare I say it, pleasure. I realized how gratifying it was to cook and eat with others. These ideas are reinforced every time I visit my boyfriend’s family in France; I challenge even the most devoted fast food fan to sit under the arbor on their terrace in the middle of summer, crack open a langoustine swiped with homemade mayonnaise, and not want to replicate the experience over and over again.

Ironically, considering the contest I won, my least favorite foods are anything I deem too “fishy.”

Valentine’s Day dinner. Not because it was the most successful endeavor, but because it required advanced planning, and it ended up making us laugh. I decided everything had to be traditionally French, and so I started with a cream of mushroom soup I strained into silky submission. Cassoulet followed. It was my first go around with dried beans and the whole thing took me three days to prepare. As we sat down to eat, I am not embarrassed to admit I was quite proud of myself. That is, until we actually took a bite—the beans were completely undercooked. I mean, really inedible. The flavors were there otherwise, but we couldn’t eat half the dish. Please imagine two people sitting at a candle-lit table, intermittently spitting huge, raw beans into a napkin. It didn’t make for a pretty picture. Luckily, my boyfriend has a good sense of humor.

I tend to have little disasters quite often, and they usually come about because I am just not thinking. Like the time I left a plastic mixing spoon in a pot of some liquor I was trying to reduce into a tablespoon of syrup. (Result: melted spoon, unhappy fire alarm.) Or the time I heated my brand new pizza stone in a 500F oven for an hour, and then decided it would be a good idea to toss a handful of flour onto it. (In case you were wondering, it’s not a great idea. It’s amazing how fast flour burns!)

I hate to sound annoying, but my comfort foods are usually items someone has produced with care: cheeses and breads and charcuterie, in season fruits and vegetables or a runny egg. (Or all of the above.) But for the sake of full disclosure, I don’t think I ever met a milkshake or a mozzarella stick I didn’t like. 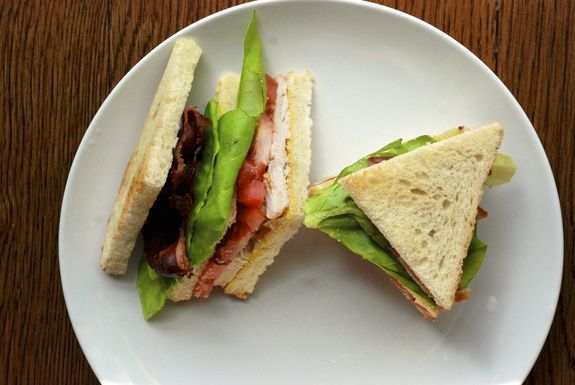 Well, I own a very pretty apron, which lives in a kitchen drawer and almost never sees the light of day. Unfortunately, it is usually after I’ve splattered tomato sauce with the precision of a grenade explosion all down the front of my shirt that I think about using it.

The book is a bit more satisfying in its verbosity, but I would say Like Water For Chocolate. Now that’s passionate cooking.

Probably my parents. (Ok, I know that’s two people.) They’re both pretty left-brained, so when I first said, “I want to be a writer and also cook a lot!” I’m not sure they quite knew what to make of it. Cooking them a show-stopping dinner would probably be a good way to say, “Thanks for all the support, even when you thought I was crazy.”

9. You prefer to cook:
a. alone
b. with others
c. it depends on your mood

It definitely depends on my mood, although I am always happy to cook with the Frenchman. He is the fastest prep chef I know. I have his mother to thank for that.

10. When it comes to tidying up, you usually:
a. clean as you cook.
b. do all the dishes once you've finished cooking.
c. leave the kitchen a shambles for your spouse/roommate/kids to clean.

I try to clean as I cook, not least of which because my kitchen is small and I sort of have to. However, depending on the complexity of the meal/my level of laziness, there is usually some amount of shambles leftover for Mr. French Toast to deal with.

Jennifer A. June 8, 2012
What a fresh and lovely read - belated congratulations!

hardlikearmour April 4, 2012
Congrats! Great Q&A. I'm not sure how I managed to miss it for so long.

LeBec F. March 30, 2012
You are a terrific writer; prob'ly the most entertaining 52 Q and A I've read! That sense of humor is priceless as well! Thx much, and congrats, btw!
mindy