Winner of Your Best Pancakes, Sweet or Savory

Congratulations to MeghanVK whose Ricotta Hotcakes with Maple Butter won this week's contest for Your Best Pancakes, Sweet or Savory! 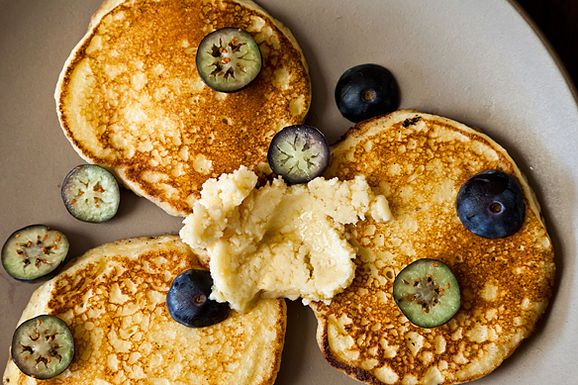 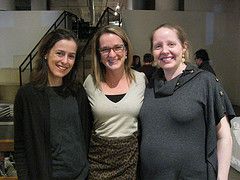 I was an incredibly picky eater for an embarrassingly long time, so my early food memories are of buttered white rice and raw green beans.  My poor parents.  I started to get interested in cooking in college and remember the first time I made marinara sauce - that was a little bit of a light bulb moment, like, what?  I thought this only came out of a jar?

I recently made risotto with leftover whey instead of broth or water, and will definitely be doing that again.

When I turned 25, I had an irresponsible number of people over for dinner.  Most of it I made in advance, but for whatever reason I decided to make sauteed cabbage at the last minute, after my friends arrived.  As they oohed and ahhed over my knife skills (I live in NYC - not a lot of home cooks in the crowd), I began slicing the cabbage even faster to show off... and cut off the tip of my finger.  Fun times.

Potatoes plus dairy, in any form.

The sole meunière in Julie and Julia.

I have no idea.

A. alone - but with people in the next room.

10. When it comes to tidying up, you usually: a) clean as you cook; b) do all the dishes once you've finished cooking; c) leave the kitchen a shambles for your spouse/roommate/kids to clean.

A. clean as you cook.

Madhuja April 26, 2012
Congratulations on the win, Meghan! Those hotcakes look absolutely fabulous! So sorry about the party disaster, but I'm glad your finger healed!:) I have 20 people coming over for a party tomorrow, I'm nervous as can be, so I better be careful with that knife!

MeghanVK April 26, 2012
Haha, thanks :) It healed nicely, but I had funky fingerprints for a while there.