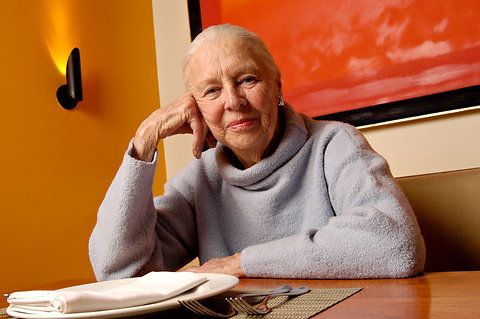 We wanted to take a minute to remember our friend, baker, and inspiration Marion Cunningham, whom we lost on Wednesday. She's famous for the rewrite of the Fannie Farmer Cookbook, but we remember her for her many other contributions to the table as well. Namely, writing salaciously about pancakes, championing a waffle recipe that is not to be beat, and, most importantly, being a strong spokeswoman for home cooking in her own quiet way.

Her dessert-for-breakfast Heavenly Hots, as Amanda once wrote, “clarify what’s wrong with other pancakes,” which, come to think of it, is much like she did with everything else. Starting with run-of-the-mill ingredients, she developed, tested and tasted so that home cooks everywhere could have the very best version grace their tables. Like biscuits (also Merrill’s go-to recipe), say, or peanut butter cookies. 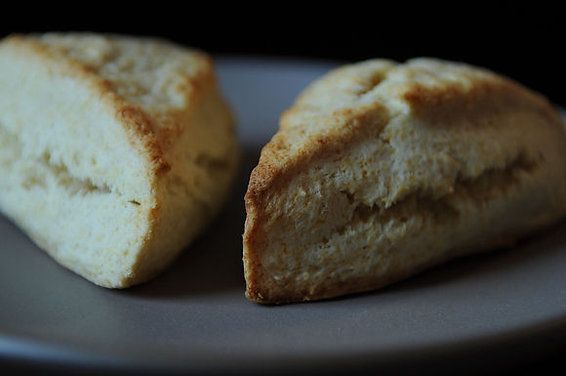 Marion’s homemaking was always cut with a sharp sense of humor. An article from the Times points out that, while instructing how to crack a coconut in a recipe, she suggests to throw it on a patio. “That’s how monkeys do it,” she wrote, “and they are professionals.” Which, as it happens, was -- and remains -- a very sounds argument.

The New York Times printed a poem in her remembrance, one that we think is very apt, and reminiscent of her no-nonsense, Crisco-using, cooking for the laymen ways. Which she did beautifully. Marion was, in short, the mother that lives on our cookbook shelves.

SoupLady July 17, 2012
Marion Cunningham is my favorite cookbook writer, period. I treasure all her books. Her knowledge, warmth and expertise always came through in her recipes and her writing. A toast to Marion! You will be missed.

mcs3000 July 12, 2012
LOVED Marion Cunningham. She would have loved FOOD52. “More than anyone else, she gave legitimacy to home cooking,” Michael Bauer, the executive food editor of The San Francisco Chronicle, said of Mrs. Cunningham. “ - quoted from Kim Severson's perfectly written obit tribute to Marion in the NY Times.