Too Many Cooks: Your Biggest Kitchen Disaster 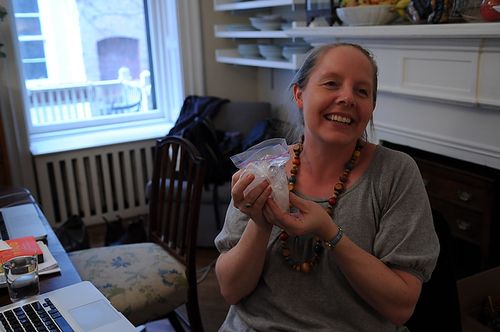 Merrill is the inspiration for this week's Too Many Cooks question. Yes, Merrill -- who you can see here clutching her cut finger after a Horseradish Vodka Bloody Mary mishap -- who once "burned down her kitchen attempting to deep-fry eggs."

Maybe you've guessed the question by now. Hint: it's one that we ask all of our contest winners.

What's your most spectacular kitchen disaster? Let the mishaps and mess-ups begin.

Amanda
A few weeks after meeting my now-husband, I was invited to a birthday party for him. It was going to be the first time I would meet a bunch of his close friends, most of them writers. I made my family's treasured birthday cake recipe -- the Chocolate Dump-It Cake. In the taxi on my way to the party, I admired my icing handiwork and discovered that I'd written: Happy Birtday Tad!

Marian
Last summer I decided to throw my first dinner party in my new house, and invited over a number of friends from my yoga teacher training course. I decided a raw cashew tart would be a fun, seasonal dish to make for the crowd. Once everything came together, the dish tasted amazing -- lots of cashews, berries, and vanilla beans. I set it in the freezer; just before my friends were set to arrive, I took it out and it was rock hard. Completely frozen. So I stuck it in the stove -- which was turned off -- to bring it to room temp faster. Only 15 minutes into preheating my oven for hamburger rolls did I smell something baking. I had forgotten to take the damn thing out of the oven, thereby baking my raw dessert. It looked dry and cracked around the edges, and I panicked. All was ruined! Luckily, it still tasted great and the sun had gone down by the time I served it, so we enjoyed it regardless. 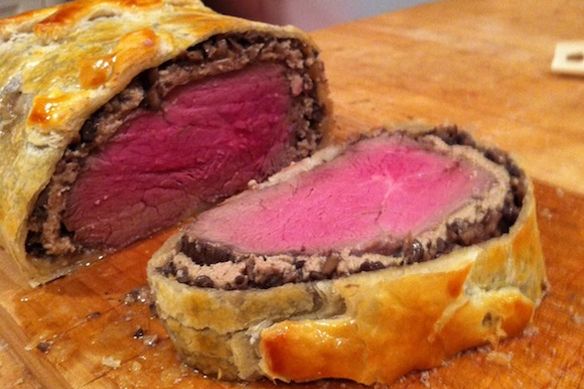 Maddy
It happened last Christmas Eve when I decided to make beef Wellington for my husband and his siblings. His brother generously splurged on the beef tenderloin and a black truffle for the Madeira sauce. The beef turned out perfectly (see photo!); not so much the truffled sauce. I knocked into the handle of the pan it was simmering in (a handle FAR too heavy for the weight of the pan, you should know, leaving it prone to wobbliness), and the entire pan full of sauce rocked unsteadily backward, and then fell straight to the floor. 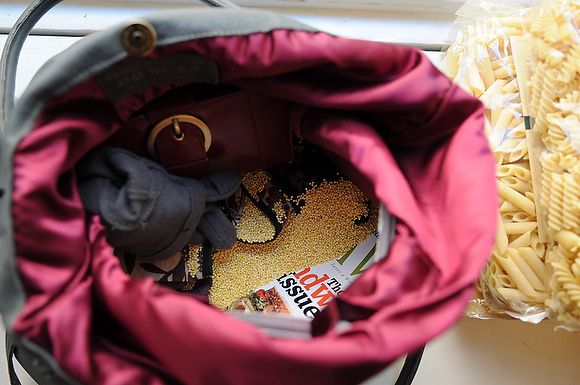 Kristen
Take your pick: The green velvet cake. The incident with someone else's very sharp knife and a fennel bulb at a remote cabin in the Catskills, which left me numb in the tip of my left thumb. The time I balanced on a faulty chair and belly-flopped onto Christmas dinner. Or the time I spilled a bag of millet in my purse and dumped it all straight into Amanda's trash, along with my keys (Amanda and Tad fished them out later, and even washed them for me).

Lindsay-Jean
A week before my due date my husband and I harvested buckets of apples from the tree in our backyard and decided to make applesauce. About three apples in, my husband sliced almost all the way through the tip of a finger. We got to spend the better part of our day in the ER, enduring endless jokes about which one of us was the patient, what a good idea it was to do a dry run to the hospital, etc etc etc. (It was his left thumb too, and it's also still numb!)

Nozlee
My biggest kitchen disaster involved a small fire when I was 12 or 13 -- to this day, my family makes fun of me whenever I preheat the oven -- but this one still stings. Twice (twice!) this past spring, I attempted to make a beautiful ramp-topped tart. And both times, when I took it out of the oven...I dropped it on the floor.

Amanda Li
For my culinary school final, I had to make a fresh pasta chitarra dish with peas, morels, and asparagus in 2 hours. Miraculously I got everything mised out: pasta rolled and cut, veg blanched, sauce made, station clean. It was 8:00pm and we were told to present by 8:20pm, so I figured that meant we could present before 8:20. I fired all 4 plates and finished plating by 8:05pm. Then my ukranian Chef walks over and said "Vaat are you doing? You must vaait for the rest of your comrades and present at 8:20." I then proceeded to watch as my pasta became dry, congealed, and sad-looking for the next 15 minutes. There was no more time or mise left to make more. It was so embarassing at the judges'  table.

Molly
In college, my then boyfriend (now husband) and I were invited to a potluck with professors (!). I had already made a lovely salad to share, but thought I would cement our standing as cool, mature students by arriving with dessert as well. I had a recipe for lemon-berry shortcakes that sounded perfect for this casual gathering. I cruised along making the lemon-flecked dough and a blueberry sauce, then the recipe just stopped -- there were no more instructions. Still being new to baking, I thought I should just add the blueberries to the lemon batter. This move produced an unwieldy, terrifyingly purple batter that we just shoved into the refrigerator. After the potluck, I baked the Smurf cake in the largest casserole pan I had and shared it with other hungry college students. They didn't complain. 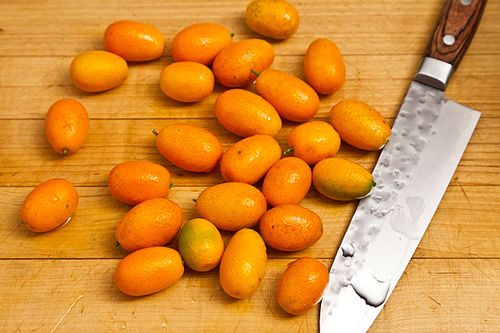 Brette
This experience spawned the idea for the First Kitchen column: I got to stage for a day at the restaurant Vetri, and I decided I needed a proper knife for the occasion. I spent weeks researching. I finally showed up with my brand new, super-sharp knife, feeling good, feeling ready. I was then given a crate of kumquats to slice, and, within 10 minutes, I had sliced through each and every finger on my left hand. It was mortifying.

Jennifer
Not so much a kitchen disaster as an entertaining snafu, but this past summer I prepped and cooked a beautiful Friday night dinner for 6 guests. Too bad the dinner party was on Saturday, not Friday! I completely mixed up the dates and had to make dinner all over again the next night.

Karl
On the eve of the Super Bowl, I had 4 pork shoulders in the smoker overnight when the fire went out somehow (even though I'd had several successful overnight cooks before) -- I woke up in the morning to find that I had been given the cold shoulder. (Zing!) The choice: risk trying to reheat and potentially have unsafe meat, or just throw it all away (this is over $100 worth of pork, mind you). I chose the latter, and was so sad. (But I salvaged a tasty, smoky meal by smoking some chicken breasts and making a chicken salad, served on crostinis.) 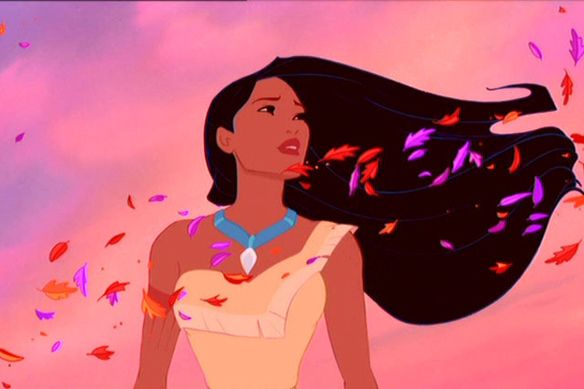 Gheanna
I was five, and my mom and I were making a cake. I had hair as long as Pocahantas (the Disney version, anyway), and it got caught in the mixer. My mom says it still "makes her sick to her tummy."

Alicia V. May 8, 2013
Commenting on an old post but I thought I would share. Not my mishap but still quite funny.
Growing up my father was a very competent cook and (with his military background) expected that same competence from his children. For the most part that worked, but not always.
We were on our own one night when I was 7 and my older step sister (16) decided to warm up leftover soup on the stove. Unfortunately she turned the burner on before placing the pot (A Corningware Vision sauce pan) filled with cold soup... Snap! Crack! POP! As the pan violently separated from the over heated base. Soup was everywhere, smoke alarm going off... Dad walked into chaos. This resulted in the Vision set being packed away and a brief science lecture as to why that happened.

In the interest of fair play I'll share one of my own mishaps, my Dad used to say there was no such thing as too much garlic. And one evening when I was 10 I was left to make dinner for the family on my own. It was to be pizza with a par baked crust, simple assembly and toast. Between minced garlic in the sauce, and powdered garlic mixed with the cheese, and I think some cloves on top there was about 2 cups of garlic on one pizza. Now we all know, there is such a thing as too much garlic.

luvcookbooks October 14, 2012
When I was a family medicine resident, my hours often got in the way of my food enthusiasms. When I was rotating through pediatrics, I was on call every third night (work all day, all night, all the next day), which seriously crimped my style. One day I was pre call, my best night because I had slept the night before, and I decided to make broiled scamorze (an Italian cheese I had just bought for the first time). I put the cheese in the oven, then realized a few minutes later that I had forgotten to light the pilot light, so the oven wasn't heating. Without thinking about how long the gas had been on, despeerate to broil the scamorze, I lit a match-- out leapt a blue flame that traveled up my hand and arm to my neck. Fortunately, the gas was gone within seconds, but I had second degree burns on my hand and arm and a first degree burn on my neck. The charred hair just came out. I never cooked the scamorze and was a sight the next day (and the next several weeks) at work. Only a tiny scar now on my right knuckle. :))

Gladystopia December 10, 2012
I did that once in college with a ham and cheese pita...thought I'd lit the oven, oven wasn't lit, flicked the bic and >poof<-- off went my eyebrows, lashes, and about two inches of hair from one unfortunate tendril left hanging down. I have not made that mistake again, though I've come up with quite a repertoire of new ones.