Inspired by conversations on the Food52 Hotline, we're sharing tips and tricks that make navigating all of our kitchens easier and more fun. Today, we're talking about yeast in all its forms. 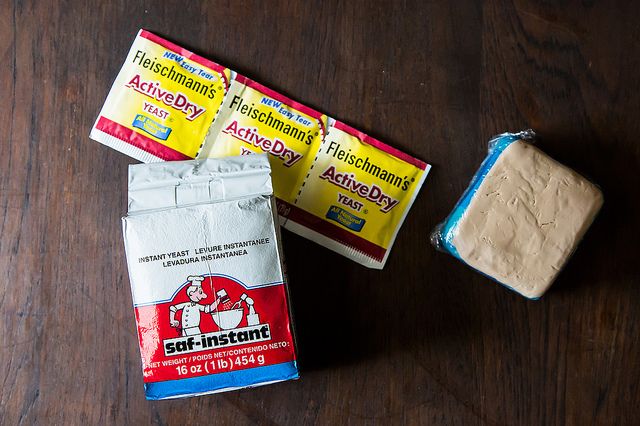 Yeast can be scary: It's alive. It magically turns flour and water into bread. And when we really need it to deliver, it lays dormant in defiance. It's fickle, and sometimes needy. But understanding this mysterious little organism is the first step to mastering it, and thereby getting more comfortable with baking bread in your own kitchen.

History
The strain of yeast we use, Saccharomyces cerevisiae, could be called humanity's oldest pet. The world's "oldest domesticated organism", according to King Arthur Flour, has been helping us bake bread and brew beer for thousands of years, and is just one of 1,500 identified strains of yeast. Its name literally translates to “sweet fungi of beer.”

How it works
Yeast, as we've said, is a living organism, and spends most of its time reproducing and eating. When combined with water, flour, and warmth, it converts sugars and starches into CO2, alcohol, and natural acids; this process is called fermentation. As Peter Reinhart explains it, yeast acts just like humans do: it eats, belches, and sweats.

The natural acids and alcohol given off by yeast's fermentation give bread flavor; the CO2 gives it structure. Mixing wheat flour with water and kneading the resulting dough creates a network, or web, of proteins -- called gluten -- that trap these gasses. The CO2 then causes the dough to expand and fill like a balloon, which causes your dough to rise. 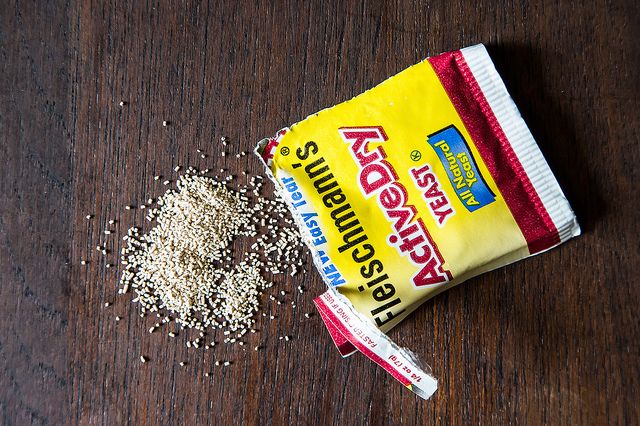 Playing well with others
What affects how well yeast works? Food, moisture, pH, and warmth all contribute to a productive environment. Salt and too much sugar, on the other hand, can both slow yeast activity. Salt is used in bread recipes not only to add flavor, but also to regulate yeast activity -- it'll keep your yeast in line by keeping it from acting too quickly.

What went wrong?
Anyone who has tried their hands at yeast bread understands the disappointment of a dough that doesn't rise. The main cause of inactive or dead yeast is too much time on the shelf, poor storage conditions, or mixing with water that's too hot. So it's important to buy fresh, good quality yeast; store it properly (see below for that one); and be sure that you mix it with warm, not hot, water. 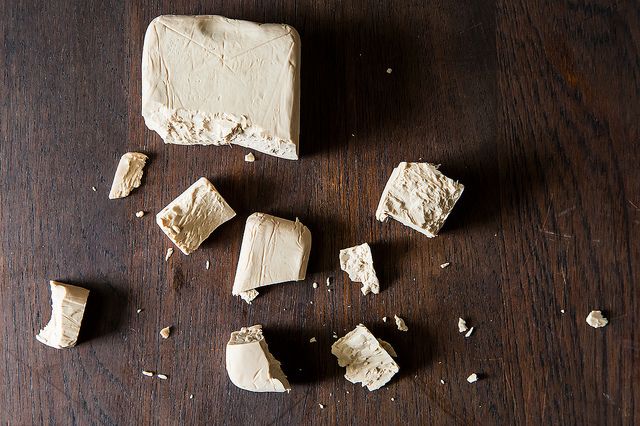 Fresh: Fresh yeast was the first commercially-produced type of yeast. It is comprised of 100% living cells and is 70% water by weight. Fresh yeast produces the most C02 during fermentation of any commercially available yeast, making it strong and fast-acting. Some people claim that fresh yeast also creates a better-tasting bread. While very reliable, it is also quite perishable, and can be hard to find. It dissolves easily when mixed with water or rubbed with sugar, and does not need to be proofed. 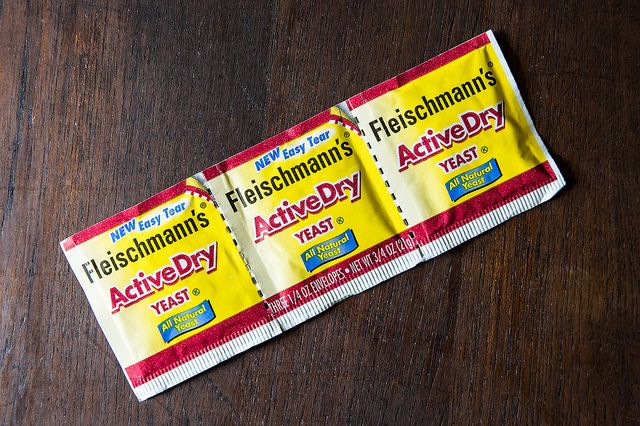 Active Dry: Manufacturers discovered a way to dry out yeast cells in the 1860s, and Active Dry Yeast was born. It is 95% dry matter. Traditionally, only 30% of the cells were alive, with the dead cells forming a barrier around them; this made it necessary to proof the yeast in warm water to activate the live cells before adding other ingredients. These days, the drying process is gentler, and most Active Dry Yeasts can be mixed directly into other ingredients, according to King Arthur Flour. 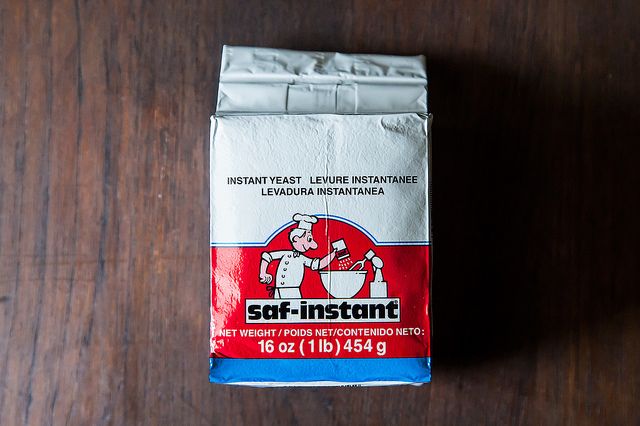 Instant: Instant yeast has the same water content as Active Dry, but the drying process is less harsh, meaning that proofing is unnecessary. 100% of the cells are living, making it just as potent as fresh yeast, with the added convenience of a longer shelf life.

Adjust your ratios
If you're looking to double a bread recipe, don't double your yeast. More yeast means faster fermentation, which will leave you with too much dough to shape in too little time: when you're shaping your last loaf, your first may already be done with its rise. King Arthur recommends using 2 to 3 teaspoons of yeast for up to 24 cups (roughly 6 pounds) of flour. 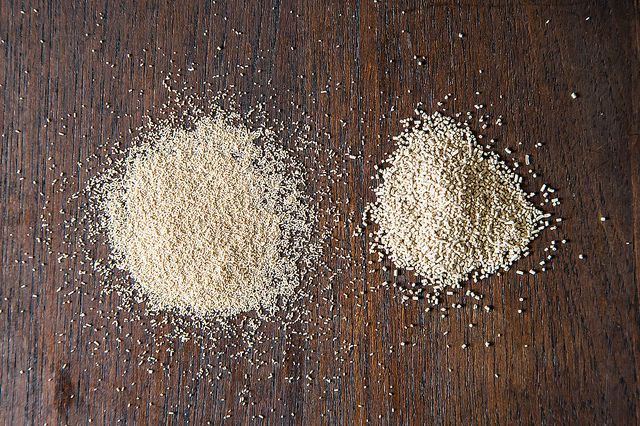 Storage:
When buying large quantities of dried yeast, you'll want to store it in an airtight container (acrylic or glass is best) in the back of your freezer to minimize fluctuations in temperature. Be sure to return it to the freezer immediately after taking what you need. Fresh yeast can also be frozen. If buying large quantities, crumble your yeast into smaller pieces and freeze them in ziplock bags or wrapped tightly in plastic wrap; this way, you'll be able to thaw and use only as much as you need.

Last but not least:
Remember that the more you work with yeast, the more comfortable you'll become. Baking demands that you experience occasional failure; once you accept this, you'll be on your way to a lifelong baking habit.

Ready to get baking? Here are a few recipes to get you started: 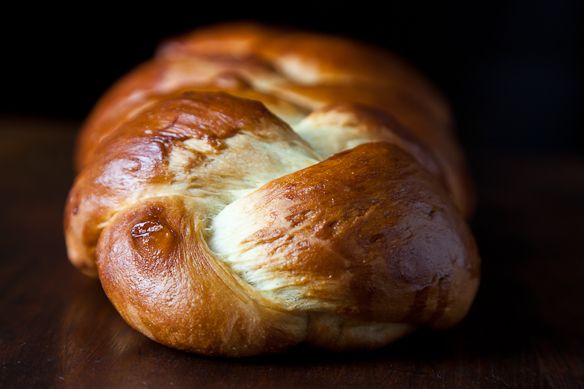 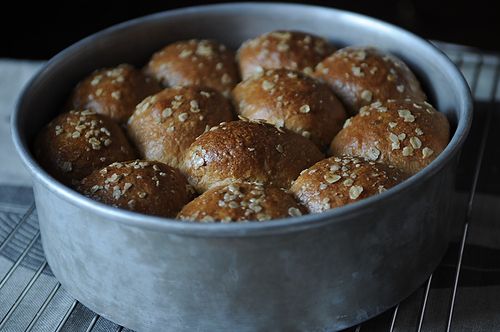 tracey181 January 13, 2013
Should you store small amounts of yeast in the freezer as well?

AntoniaJames January 13, 2013
Although I go through yeast at a pretty good clip, so I have never felt the need to freeze it, I''ve heard from knowledgeable bakers that you can, but be sure to wrap it tightlly so there is no air trapped with it. The moisture in that air will detrimentally affect the yeast. ; o)

minibakersupreme November 28, 2012
If you are interested in learning about baking by weight, the true names of the phases of bread (i.e. hydrating yeast, fermenting dough, proofing loaves), and getting a good handle on different types of breads, I recommend Michael Kalanty's The Five Families of Bread. It doesn't address bigas or starters, it's just a basic bread book and all the recipes have turned out great.

abreaducation November 27, 2012
Just an FYI, the part about not doubling your yeast if you double your batch size is incorrect. As long as you are working with weight and not volume(which you should be if you're making bread) then everything in the formula will double including the yeast. Your bread will not rise faster because all the ingredients remain in the same ratios to each other. Also, if your bread is finished rising before you're done shaping your last loaf then chances are you're using an obscene amount of yeast and should probably cut back.
Source: I'm a professional artisan bread baker.

abreaducation November 27, 2012
Also here's a handy yeast type converter I made if anyone is interested: http://www.abreaducation.com/yeast_calculator.php

minibakersupreme November 28, 2012
Yeah, it would be great if we could teach everyone about Baker's Percentages, right? I agree with you. I also heard that you do need to hydrate Active Dry yeast to wake it up, so that's what I do every time.

Marian B. November 28, 2012
The tip for not doubling yeast actually came from King Arthur Flour, and I think that it's a tip better geared towards home bakers making smaller batches, rather than professional bakers, for whom percentages are essential! The idea is that if you double your yeast along with the rest of the recipe, your first loaf will have already risen again when you're still shaping your last one. (Source here: http://www.kingarthurflour.com/recipe/yeast.html). Thank you for the yeast converter -- that's quite handy!

Marian B. November 28, 2012
Clementinebakes, I've read that the way that Active Dry is processed has changed, and now isn't as harsh, so proofing isn't necessary (your dough just might need a little more time to rise). However, I believe that most people still proof their active dry.

AntoniaJames November 27, 2012
It would be nice to see a piece on wild yeast, and methods for starting levains. But perhaps that would be best be in the "Small Batch" DIY column . . . . There's nothing like a wild yeast levain to make any bread, including standard Pullman loaves, more interesting -- and delicious. ;o)

laughing November 27, 2012
I once accidentally bought yeast made for a bread machine. What's the difference between that and the other types? How should I have substituted it for active dry yeast?

AntoniaJames November 27, 2012
Yeast for bread machines is just instant yeast. The difference between "instant" yeast and active dry yeast is that the active dry yeast is coated with a substance that must be dissolved in water. The usual rule of thumb in bread making is that one teaspoon of instant (also called "RapidRise" by one manufacturer) = 1 1/4 teaspoon active dry yeast. You can skip the proofing stage in your bread recipes, but make sure to add the water called for in proofing when the other liquid is added. ;o)

ATG117 November 28, 2012
Why would one use active dry v. instant? And I guess the same question goes for fresh. Are there reasons other than those stated in the post?

ATG117 November 28, 2012
One additional question: when you mention wild yeast levains, are you referring to a sourdough starter?

minibakersupreme November 28, 2012
@ATG117, we were taught at school that instant yeast is more reliable and forgiving than the other types of yeast.

Marian B. November 28, 2012
Instant is also more convenient, because you can mix it in with all the other ingredients without worrying about "proofing" the yeast. Also, some people say that fresh yeast lends a preferable taste to the finished product.

Valhalla November 27, 2012
And what would be the amount to use when substituting instant yeast for active dry yeast?

minibakersupreme November 28, 2012
I've learned that 1 oz of fresh = 1/2 oz active dry = 1/4 oz instant. Opinions differ, but I've been sticking to that conversion and it's worked well.

Marian B. November 28, 2012
Yes, I've read that 1 oz of fresh is equal to .5 oz active dry. The great thing about baking is that once you learn what works for you, that's all you need to know!