Today: We sit down with Nigella Lawson to talk studying abroad, her favorite comfort food, and Nigellissima, her latest cookbook inspired by Italian cuisine. 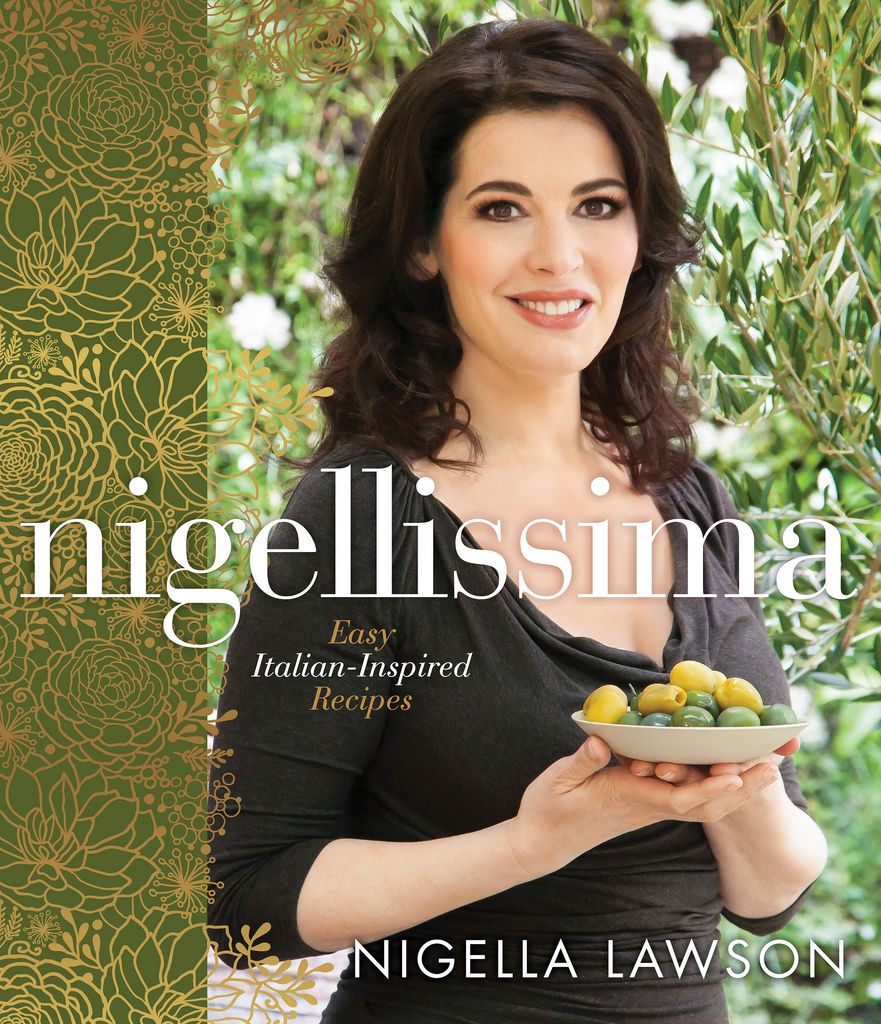 Nigella Lawson has been a busy woman. Shortly following the launch of her new show The Taste, Nigella is poised to release her latest cookbook early next week. In addition to winning us over with her genius dense chocolate loaf cake late last year, she has won the hearts of Brits and Americans alike on the small screen due to her simple, comforting recipes and meals. The writer of numerous cookbooks and recipient of multiple awards took time to chat with us about her time in Florence, her new book, and of course, cooking.

1. Aside from the Italian spin on Nigellisima, what sets this cookbook apart from your previous work?
I'm not sure I ever create something radically different from the rest of my work, nor do I want to. I have to feel my books are authentic, and that means they are always going to have the stamp of my own voice and my own food. But some of my books are huge volumes with a lot of writing and variation of recipes, and some are shorter, with the emphasis on speed and ease, and Nigellissima certainly falls into the latter category. However, I suppose it's true that I have never written a book with a single theme before, so in that sense it is more focused and concentrated than earlier titles. But having said that, I have tried to cook as widely as possible within my remit, but essentially the style of my food and my writing are constants.

2. You attribute your passion for Italian food and cooking to your gap year spent in Florence. What advice would you give to people looking to do the same?
Oh well, it's a different world now. You have to remember that when I went to Italy (sometime in the last century!) there was no internet, no cellphones, so it was easy to have total immersion. I fear that these days it is possible to go to Italy but still be semi-inhabiting an English-speaking world. So perhaps, I would suggest that those who want to go to Italy and 'become' Italian should go more off the beaten path, and go somewhere that isn't full of English-speakers and preferably has poor cellphone coverage and no access to a wireless connection.

3. Is there a different cuisine you would like to cover next?
I'm not sure. Usually I do like to write books that marry various different cuisines, but then again, I rarely plan anything, so who knows? I've eaten widely and love the spicy foods of Asia in particular, but the only other foreign cuisine I have an emotional connection with (as I do with Italian) is Scandinavian. I spent quite a lot of time of time in Norway as a child, and in fact once spoke Norwegian. Alas, I've forgotten now. Also, this year, for the first time, I'm going to South America and I am hugely excited. For some reason, in my bones, I feel as if Brazilian food is going to be huge for me.

4. You love to cook simple, quality comfort food. After a long day, what is one meal that you'd love to cook?
My friends and family tease me that I am forever roasting a chicken, and they're right. When I'm tired and in need of comfort, I love the fact that all I need to do is put a chicken in the oven, maybe with a few cubed (unpeeled) potatoes too, and then an hour or so later, a feast is on the table. You need only add a green salad, frankly. In Nigellissima, I have a new spin on an old classic, in the form of my Italian roast chicken, so I roast the bird alongside leeks, bell peppers and black olives. But if even cutting up a veg or two feels like too much hard work, then I heartily recommend my Mock Mash as a side to a plain roast chicken. It's the work of minutes, seconds even, and it gives enduring comfort!

5. Now let's get fancy: what is one nice meal that you would make for a crowd?
At the moment, I can't stop cooking my chilli and fennel pork belly slices. True, they're not fancy, but I rarely am. The good thing about them, crowd-wise, is that no carving or slicing is involved, so you can get food on plates quickly no matter how many you're feeding. My Quick Calabrian Lasagne is another real crowd-pleaser. I call it quick, because there is no white sauce to be made and it is really just a speedy assembly job, and can be made in advance which can be immensely helpful when cooking for a crowd. Oh and there must always be dessert: here, I have too much choice, but I don't think my Nutella cheesecake could ever be an unpopular choice! Though I am also proud of my Chocolate Olive Oil Cake, which has the advantage of being gluten-free and dairy-free, so if you have those particular eating requirements to bear in mind, it would be the right choice, especially after the pork belly slices, which also have no wheat or dairy in them. And if dairy sensibility is not an issue, why then I can't help suggesting you make my One Step No Churn Coffee ice cream as an accompaniment. You see, I could go on and on.... and so often do! I talk too much and cook too much. But then, that is why I love my work: I'm allowed to do both!

My two (current) favorite foods start with the letter D: doughnuts, and dumplings. If a dish has bacon in it, I will most likely eat it. If I could marry honey butter, I would.

Daisy A. February 8, 2013
I have had a foodie crush on Nigella for some time, and this interview just depends my admiration. I love the idea of going Internet- and phone-less to Italy! I spent three weeks there without a cellphone and limited Internet. Although I did speak mostly English I was forced to use broken Italian often and will forever have an emotional connection to that country. Can't wait to check out Nigellisima!

healthierkitchen February 6, 2013
I have long admired Nigella's recipes and attitude toward cooking. I think she will be pleased to know that it is still possible for a student to immerse into the culture in Florence! My son is currently doing a term abroad studying architecture and is shopping at the markets and conversing in Italian with the vendors and cooking local food with his roommates. They do not have wifi everywhere and sometimes lose power and have no heat at night. I have to admit that as beautiful a city as Florence is, especially for one studying architecture, I was concerned that too many English speaking students are there to absorb the culture. I'm really pleased that if you want it, immersion can still be done!

ATG117 February 5, 2013
After reading this, I was thinking about the similarities between Nigella Lawson and Ina Garten. Though I recognize there are many differences, I think it's noteworthy that they are both smart, independent women, who embraced comfort foods served family style, simply, and beautifully.