Saenyc won this week's contest for Your Best Ramps with Wild Ramp Pesto. 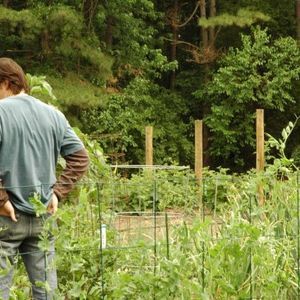 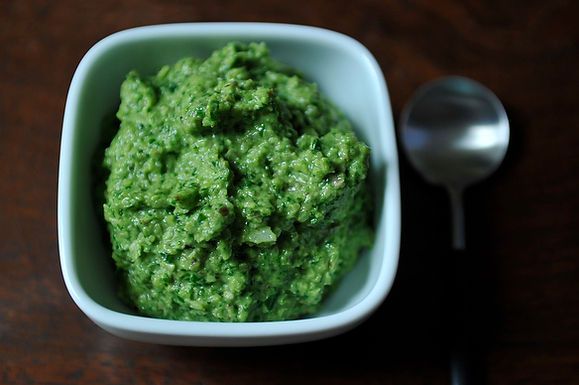 Rivka won this week's contest for Your Best Rhubarb with Rhubarb Curd Shortbread. 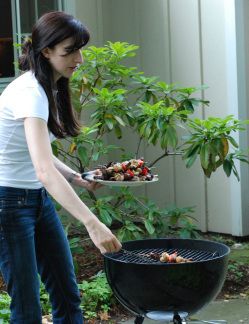 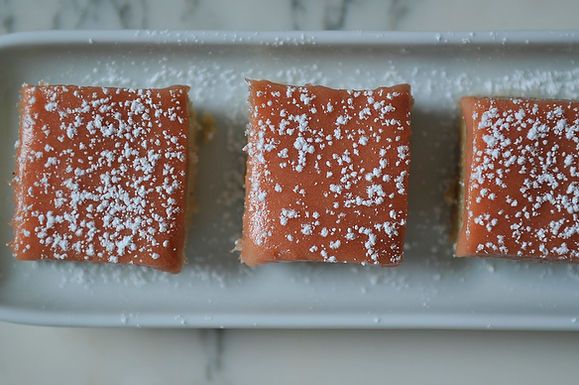 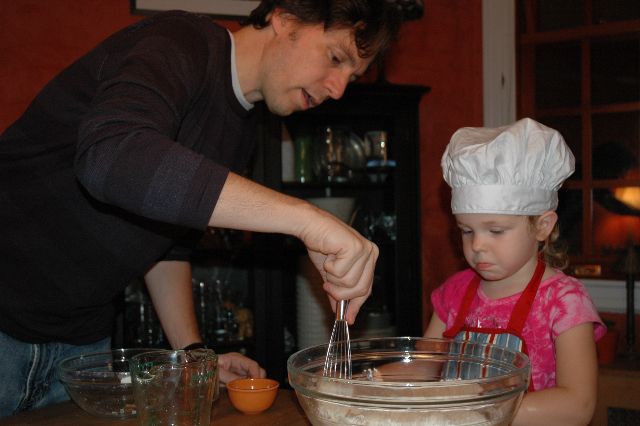 (Saenyc shows his hungry daughter the ways of the whisk)

Describe an early food experience that has influenced the way you think about food and/or cooking.
My mom used to tell a story of how when I was maybe about three, my dad offered my one of his escargots, more out of curiosity, because I had rarely met a food I didn't like. I proceeded to eat the rest of his dish, having a minor meltdown when he tried to take them away from me. I suppose at an early age I was always of the "try anything" school of eating, which is a philosophy we have passed on to our girls. They don't have to like everything, or finish everything, but they do have to try it because you never know what you'll love.

What's your least favorite food?
There are very few foods that I actively dislike. Truth be told (and much to my wife and children's horror), I'm not big on sweets. I'd actually be happy if instead of a dessert menu, I got to pick another appetizer.

What is the best thing you've made so far this year?
Hmm...I just made Jim Lahey's Pan co' Santi (Walnut Bread) and we ate the whole loaf in one sitting. But, if I had to say, the "best", it was a jambalaya I made for a party in January (I'll add the recipe soon). It was one of those rare and magical times when everything just came together perfectly.

Describe your most spectacular kitchen disaster.
For one of my first dinner parties, I made a salad that called for little pieces of prosciutto. Somehow, I ended up with pancetta instead... and being fairly clueless and probably anxious to impress people, failed to realized that I simply cut up and served uncooked pork belly to my guests. All survived.

What is your idea of comfort food?
A bacon, egg and cheese sandwich pretty much cures whatever ails me.

Apron or no apron?
Depends how splatter-y my meal is going to be. Invariably, no apron, though I'll usually wish I had worn one.

What's your favorite food-related scene in a movie?
I'm also a big movie fan, so I'll offer up a few: Paul Newman eating eggs in "Cool Hand Luke," Jack Nicholson ordering toast in "Five Easy Pieces," and Dustin Hoffman making French toast in "Kramer vs. Kramer." Oh, and the prison dinner scene in "Goodfellas." I can never slice my garlic as thin as Paulie.

If you could make a show-stopping dinner for one person, living or dead, who would it be?
A great chef would make me too nervous. Maybe A.J. Liebling, because he was so passionate about the pure pleasure of eating. Or the Marx Brothers. That would have been a fun meal.

You prefer to cook, a. alone, b. with others, c. it depends on your mood.
C. I love to cook with my wife and daughters, but sometimes I also find real peace in the solitude of cooking alone.

When it comes to tidying up, you usually: a. clean as you cook, b. do all the dishes once you've finished cooking, c. leave the kitchen a shambles for your spouse/roommate/kids to clean.
A: I try to clean as I go... but usually my wife is there to help! 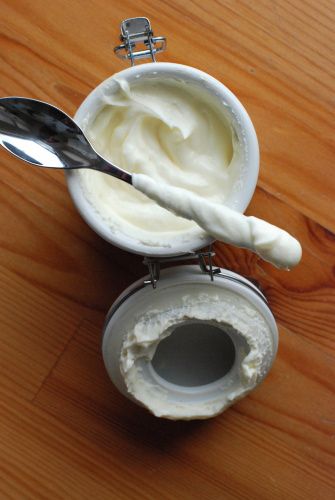 Describe an early food experience that has influenced the way you think about food and/or cooking.
When I was nine, my friend and I were home alone and decided to make a cake. She pulled out her mom's mixing bowl, I dumped some flour and sugar in, she added some oil and an egg, and we took a pinch of baking powder and threw that in also. Into the oven it went--we turned it on once the cake was already inside--and 45 minutes later, we were scooping fingerfuls of half-baked cake batter out of the pan. Nothing could have been more delicious.

What's your least favorite food?
It's a tie between cottage cheese and store-bought mayo. Ick.

What is the best thing you've made so far this year?
A whole, salt-crusted red snapper. My guests still talk about it. And the cheeks on that thing? Like butter.

Describe your most spectacular kitchen disaster.
Is it weird that I don't really have one? I once forgot to add yeast to bread dough, but I treated the dough as the sponge, added it to a new batch of dough, and made a pretty flavorful loaf when it was all said and done.

What is your idea of comfort food?
Long, tube-shaped fusilli with a super spicy, anchovy-laden puttanesca.

Apron or no apron?
No apron. My fiancee bought me a special apron from the White House, and I still only wear it when she's around--I'm a risk taker.

What's your favorite food-related scene in a movie?
Meryl Streep made that easy when she cooed over Sole Meuniere in "Julie & Julia." Before that came out, I loved the scene in "Hook" where Robin Williams finally catches onto the Lost Boys and eats the non-existent food with glee. It's proof that a good meal is about so much more than the food.

If you could make a show-stopping dinner for one person, living or dead, who would it be?
Tina Fey. She eats, I laugh.

You prefer to cook: a. alone, b. with others, c. it depends on your mood.
A. This morning I woke up at 7:30 am and happily cooked alone pretty much until dinnertime. The kitchen is definitely my place to decompress.

When it comes to tidying up, you usually: a. clean as you cook, b. do all the dishes once you've finished cooking, c. leave the kitchen a shambles for your spouse/roommate/kids to clean.
My fiancee can make her own omelet at this point (though sometimes I fold it for her), but other than that, I do all the cooking. The dishes are her terrain, and every time I finish dinner and kick my feet up, I'm reminded that we make the perfect match.

Kelsey B. May 13, 2010
Congratulations winners, the recipes are great. Loved your Q&A, too!

lastnightsdinner May 12, 2010
Congratulations, Rivka and saenyc! Two great recipes, and I absolutely love your Q&A responses!

MrsWheelbarrow May 12, 2010
I look forward to reading these interviews every week. Loved learning about you both. Thank you for your clever recipes.

Rivka May 12, 2010
Oh my, Saenyc and I are on the same wavelength. I started making Lahey's walnut bread this year as well, and have been making it almost once a week -- it's to die for.

saenyc May 12, 2010
Congrats Rivka! Someone asked me how I store that bread so it doesn't get stale, and I said it's never around long enough to be a problem!

Rivka May 12, 2010
so true! sometimes I slice and freeze it if I know I'll be munching through the week, but mostly I rip off hunks of the thing until it's (very quickly) gone.

nannydeb May 12, 2010
Congrats to both of you! To saenyc, I grew up with my first foods being sauerkraut, creamed cabbage, etc. and I think it's important for kids to try everything, I'm glad I did.

drbabs May 12, 2010
Congratulations to you both. Looking forward to more great recipes. (walnut bread please!)

saenyc May 12, 2010
Thanks MrsL, and no no... I just think was born with a salty tooth instead of a sweet tooth. (well that sounds odd)... but with the constant imploring of my daughters, I'm shifting more to the sweet side... in fact, we may be making your chewy sugar cookies this weekend!

mrslarkin May 12, 2010
Well done winners and finalists! Love the Q&A. Rivka, I want, no, I need that creme fraiche recipe! And Saenyc, what's with the not liking dessert thing? Had I known that before I voted....(just kidding.) Congrats!