Today: We chat with Kerry Diamond, Editor-in-Chief of Cherry Bombe, about the magazine's conception, what inspires her, and what she'd like to see replace McDonald's on every corner. 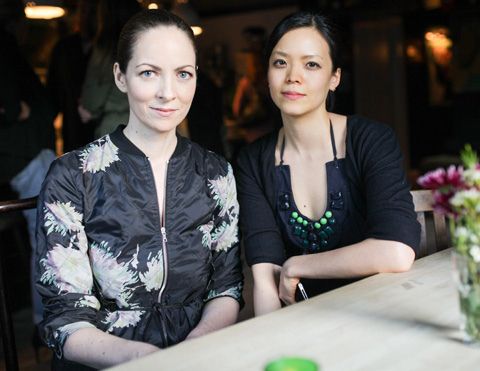 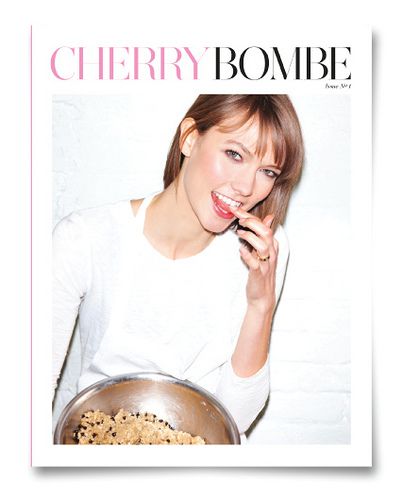 Food Journals are quickly disproving the idea that print media is dead. They are heavier than your average magazine, more expensive, more hotly anticpated and cherished. One of the most exciting issues to arrive on our desks this year was Cherry Bombe, whose first edition profiled a wide range of women in the fashion and food industries -- not explicitly because of their gender or the need for "lady chefs" to overcome adversity, but because they're doing creative, exciting, game-changing things.

We spoke to Kerry Diamond, Cherry Bombe's ever-enthusiastic Editor-in-Chief (and this week's guest editor!), about how the publication came to be, what inspires her, and what she'd like to see replace McDonald's on every corner.

How did you choose your contributors and your subjects for the first issue?

That was the easy part! The contributors are a mix of talented friends plus women we didn’t know but were fans of, like Nicole Franzen, Julia Turshen, Sofia Coppola. We sent a lot of emails that began, “You don’t know us, but…” As for the subjects, we had lots of ideas, but we also gave our contributors creative freedom. It was as simple as, we want to work with you, what’s your dream assignment? That’s how the stories on chef/author Gabrielle Hamilton and food stylist Victoria Granof, for example, came about.

A lot of people reached out to us and said, “We want to help, we want to contribute.” We were immensely grateful -- and we remain grateful!

Claudia Wu (pictured above, right), the creative director of Cherry Bombe, and I have very different palates, but we both love Japanese food. Nancy Singleton Hachisu’s Japanese Farm Food is one of the loveliest cookbooks ever. Maybe we’d get ambitious and put together a menu with a few of Nancy’s recipes. Or could we hire Amanda Cohen, the chef from Dirt Candy? A Dirt Candy dinner party would be pretty dreamy. I want to live in a world with Dirt Candys on every corner instead of McDonald’s.

I’m in the process of collecting the Ruth Reichl-era Gourmet magazines. She was so ahead of her time. The magazine she and her team created was very beautiful and thoughtful. Ruth kicked off her own version of a food revolution and Cherry Bombe and the other new indie food magazines are very much her children in a sense.

Claudia is very into Catherine Losing’s photographs and Tierney Gearon’s double exposure series at the moment. 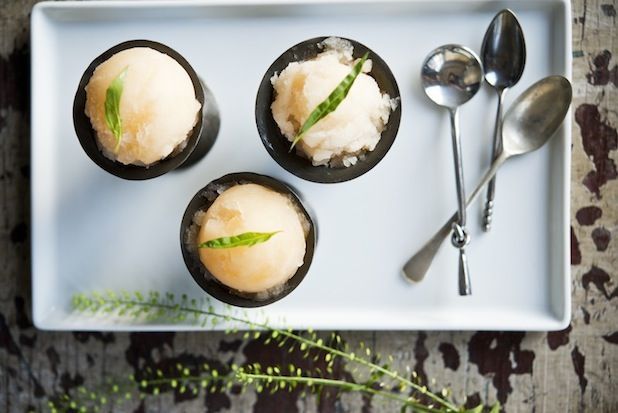 What's behind the name of the magazine?

The name just popped in my head one day. It really encapsulates the whole idea behind the magazine -- it’s a firework, it’s a pretty French dessert, it’s a kickass girl group song. Put that in a blender and you have Cherry Bombe. We want the magazine to be disruptive, a little precious and celebratory, all at the same time.

There has been a welcome resurgence of print media in the genre of food-related periodicals. What drew you most strongly to this medium? What are the challenges and opportunities you see within the magazine industry?

Claudia and I met working at Harper’s Bazaar and Claudia is the founder of Me Magazine, a magazine she publishes from time to time that celebrates creative individuals. We love magazines, plain and simple.

The biggest challenges, for us at least, relate to distribution. We’re spending way more time on that issue than we ever anticipated. Just navigating Postal Service regulations so the magazine arrives in people’s mailboxes in a timely manner has been interesting!

As for opportunities, we love that Cherry Bombe gives us the opportunity to bring together such an interesting community of women and cover the world of food in a different way. The women who cook your food, grow it, harvest it, and serve it work incredibly hard, so it’s nice to have a publication that celebrates them.

Kristen M. July 17, 2013
Love the combination of disruptive, precious, and celebratory. Kerry, thank you for a great interview and for creating such a beautiful, disruptive publication.