Today: The messiest festival that Spain has to offer. 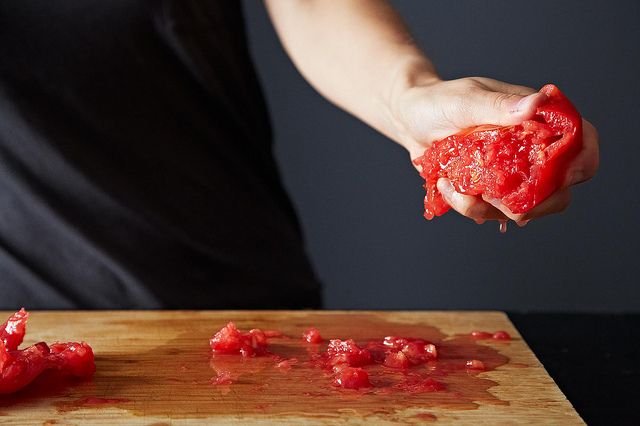 Spaniards will take literally any excuse to throw a party: First Communions in the smallest towns look more like national parades. Fútbol victories inspire riots. And then, as any good Hemingway student knows, there's the debauchery that goes down each year during the festivals of San Fermín: the bulls run, the men chase; everyone drinks, for a week straight.

But a lesser-known festival occurs each August in the Valencian town of Buñol. It's called La Tomatina: The Tomato Festival. And it is essentially an excuse for 20,000 people to hurl tomatoes at strangers for two merciless hours. 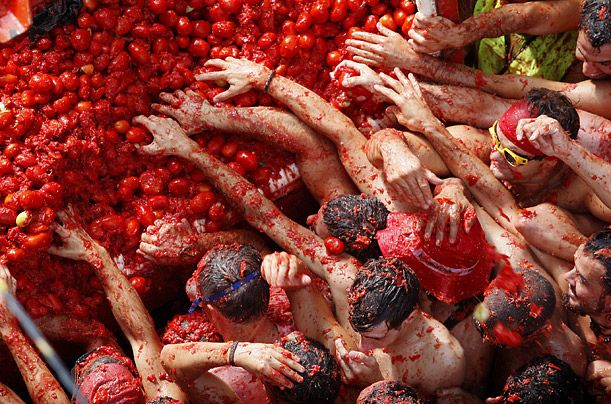 The origins of this splatterfest -- which dates back to 1945 -- are a bit murky. The most popular story claims that when a group of teenagers tried to join a parade in the town square, participants got angry and decided to use tomatoes from a nearby vegetable stand as ammunition. The next year, that same group of teenagers decided to reenact what was apparently a pretty enjoyable fight, and a tradition was born.

More: Not too keen on throwing your produce? Here are some other things you can do with tomatoes.

The first day of the festival kicks off with something called el palo jamón, which literally translates to "the ham stick". It's similar to a greasy pole competition: Spanish cured ham is somehow attached to the end of a greased pole, which brave, ham-loving participants attempt to scale. Spectators cheer on the pole-climbers with singing, dancing, and shooting water from hoses. According to the official Tomatina website: "People struggle against each other, climbing atop one another, in order to be the one to pull down the ham. With this victory, the tomato-throwing begins." 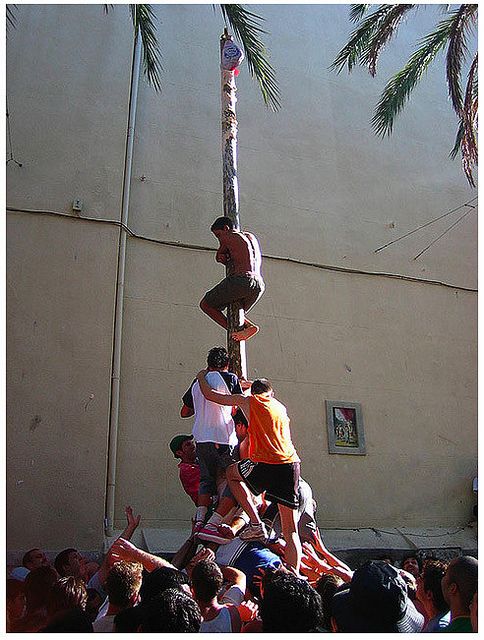 Photo via My Spanish in Spain

Trucks loaded with tomatoes roll in. A canon fires, and chaos ensues. It is essentially a 20,000-person water baloon fight with tomatoes, which they are mandated to squish before throwing "for safety precautions". In fact, despite the reckless abandon with which the tomatoes are thrown, the city council has instated a short but strict set of rules that govern La Tomatina, including the very important "The festival doesn't allow ripping off T-shirts."

After 2 or 3 hours, another cannon is fired to mark the end of the festival. And then everyone must confront the reality of their physical state. According to the official website: "The cleaning process involves the use of fire trucks to spray down the streets, with water provided from a Roman aqueduct. People find water to wash themselves, most likely at the Buñol River." 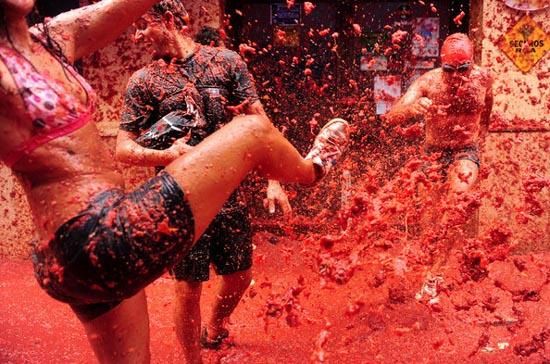 This year's festival will fall on August 28th. Book your flights now, and you'll still have a chance at ruining your best white shirt.

zahavah August 16, 2013
Reminds me of the Battle of Oranges in Italy in February...and it lasts for several days!

Marian B. August 17, 2013
I've never heard of that! I think oranges sound a little more painful than tomatoes.

Kitchen B. August 16, 2013
Strange but fun! Would love to have a custard fight someday! Or vanilla puffing or banana pudding a la magnolia bakery!