Every week, Caroline Wright creates simple, civilized recipes for Food52 that feed four -- for under $20, in under 20 minutes.

Today: Make the most of this in-between season. 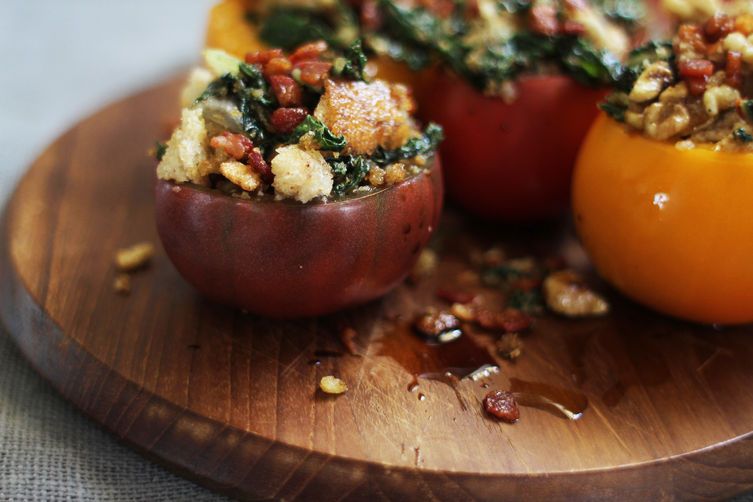 I love the transition that occurs in this in-between-ness of early fall, when my taste and cravings oscillate between warm and cool, cooked and crisp. This recipe embodies that very transition with the earthy, salty mix of greens and pancetta stuffed in a few sweet tomatoes.

Twenty-Dollar, Twenty-Minute™ Meals grew into a cookbook that was published by Workman in May 2013. The recipes found here are original, made especially for Food52 to once again celebrate simple food with friends.