Today: Sometimes drinking coffee is more serious than just staying caffeinated. This article is sponsored by Starbucks in honor of their new core coffee from Ethiopia– an exquisite new single-origin blend celebrating Ethiopia’s rich heritage as the birthplace of coffee. 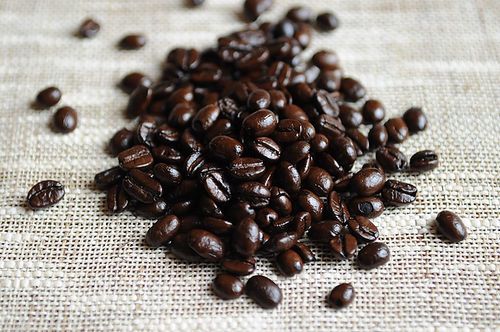 Preparing and drinking a cup of coffee is ritualistic for each and every one of us. Think about it: we're loyal to our equipment of choice, whether it's a French press, an espresso machine, or even the trusty automatic office coffeemaker. We have a specific taste for how we take each cup (dark roast and black, please), and we even become attached to our certain favorite mugs. How we drink it says even more. We can slowly sip our coffee before work, enjoying the last few minutes of solitude before a busy day. We join up with old friends and size up potential partners over a cup. Maybe we even tell our fortunes.

Indeed, across cultures, drinking coffee is a practiced art. In Ethiopia, it very well may be the most important ritual of all.

Ethiopia is a large and diverse country, with its coffee beans varying greatly amongst regions. One thing that unites the population is an absolute reverence for the stuff: only 40% of the ubiquitous crop is exported. The remainder is used in many forms. At weddings, newlyweds enjoy a porridge of roasted coffee cherries with butter and salt; coffee is mixed with honey as medicine; a certain blend of tea is made from coffee leaves. But above all is the Ethiopian coffee ceremony.

I had the pleasure of speaking with Arthur Karuletwa, a director on the Starbucks Global Coffee team, about his many experiences with the ceremony. He's spent extensive time in Ethiopia, meeting with everyone across the spectrum of the coffee production chain from farmers to government ministers. In turn, he's extraordinarily well-versed in the deeply embedded ritual.

The Ethiopian Buna (Coffee) Ceremony is a long process, averaging around 1.5 hours. While these coffee ceremonies can be an everyday occurrence, a major purpose is to come to a certain important conclusion -- someone asking for a hand in marriage or looking for resolution to a conflict that cannot otherwise be solved. 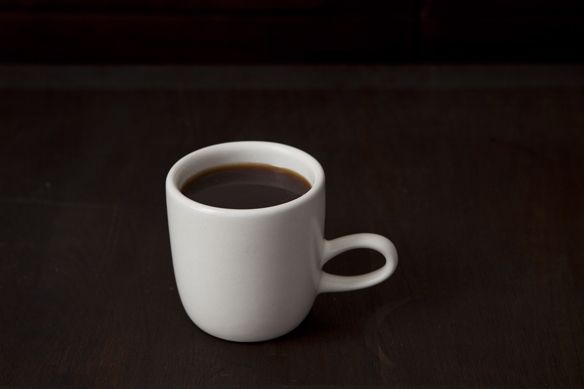 First, a fire is built to roast the coffee beans. When the coffee has roasted, the woman who's preparing it -- dressed to the nines, by the way -- carries the metal pot that the coffee's roasting in around the room so that everyone can capture the aromas. Think of when a sommelier asks you to approve a glass of wine at a restaurant -- if it's not up to par, you can send it back.

The first cup enjoyed during the ceremony is known as Abol. This is the strongest cup, and therefore has the most significance. If you're looking to resolve a conflict, you must show up during this stage -- anytime afterwards during the ceremony would be pointless.

The second cup is known as Tona: water is added to the cup but it still maintains a significant amount of strength. If a resolution isn't reached by the second cup, then a third cup does not happen.

The third cup of the coffee ceremony is Baraka: it's the weakest cup, but it symbolizes acceptance, resolution, and joy. People celebrate at this cup, and the younger generation is often invited to drink that cup.

Of course, I was curious as to whether food was served during this process (it is, after all, nearly two hours long). Arthur assured me that there is popcorn, nuts, or seeds to snack on.

Arthur continually emphasized that one could turn down an invitation to a wedding but absolutely could not do so for a coffee ceremony. I needed to know how he found this out.

So he told me about the time that he and his driver/interpreter were out in a rural area speaking to a group of elders about sourcing practices, but running to meet a minister in the city shortly afterwards. Since it was the rainy season, his driver was adamant that they leave immediately afterwards, lest the roads get too muddy for them to drive on.

As he was shaking hands with a village elder, he learned through translation that the elder had invited him to a coffee ceremony. His interpreter was indignant, passionately conversing with the elder since he had to attend a meeting shortly after and he knew that he absolutely could not turn down the invitation. Arthur was baffled at why this argument was even happening, but then his interpreter explained what a grievous social error it would be to turn down the coffee ceremony.

The result? Arthur attended the coffee ceremony, rescheduled his meeting with the minister, and wound up sleeping in a car in rural Ethiopia that night.

This article was brought to you by Starbucks.

It's all about Coffee

anne7hall September 24, 2013
Ah...Ethiopian coffee! I don't even like coffee if I'm not in Ethiopia. Through the adoption of our son we've had the honor of traveling around Ethiopia a few times. Each time we've had the pleasure of being invited to a coffee ceremony to celebrate our son. What an amazing experience! The roasting, the boiling, the pouring...all done slowly and with great presence. It's how we should always be cooking and sharing our bounty. Love this article!

RENEE September 24, 2013
There's this GREAT ethipiopian restaurant in Richmond, VA called The Nile. The staff roasts their own coffee in ultra small batches with whole cloves. You can tell it's all roasted in a big pot over a fire because of the variegated colors in the beans -- spots of cream, ash-black, and soft browns are muddled throughout. The folks who work there told me that roasting and grinding coffee with whole cloves is how they traditionally drink it in Ethiopia. I took a bag home. The stuff is HEAVENLY. Sweet, spicy, bitter, roasty on top of the awesome natural aromatics of coffee from that region (I often find it to be floral, citrusy, with some chocolate tones). Love at first sip, ya'll.