How to Make Your Whiskey Sour Better: The New York Sour

Today: Dress up your rye in autumn's finest. 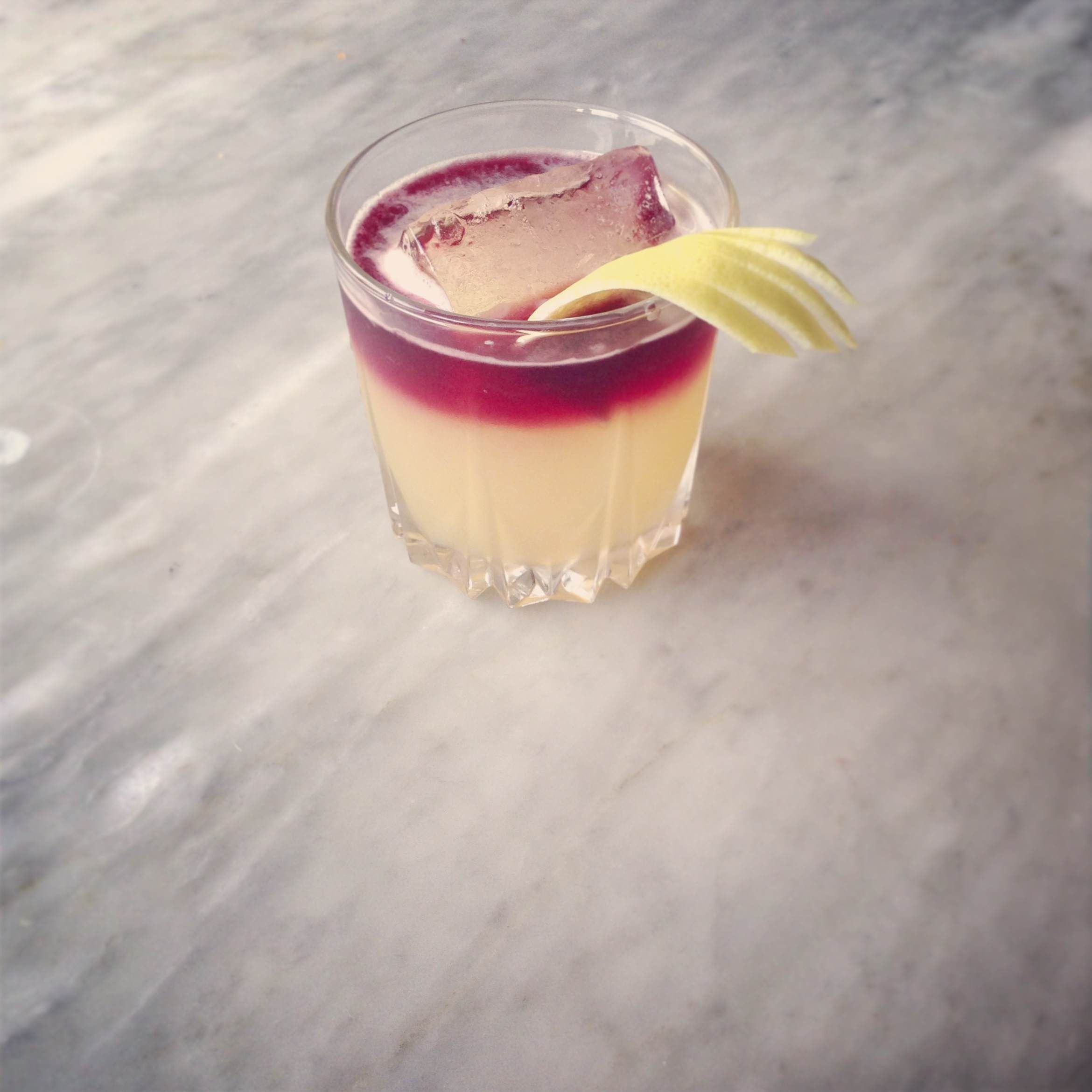 Playing around with booze and inventing new cocktails might be the best job a person could have, but the truth is, it’s hard to top an old classic like the New York Sour. It’s the kind of drink that belongs in every repertoire: balanced, handsome, good on its own and with food, complex but eminently sluggable. Basically, it’s a whiskey sour, but made with rye whiskey, always, and finished with a red wine “float,” or a small amount of wine poured carefully into the glass at the very end, so that it floats in a tidy layer on top. 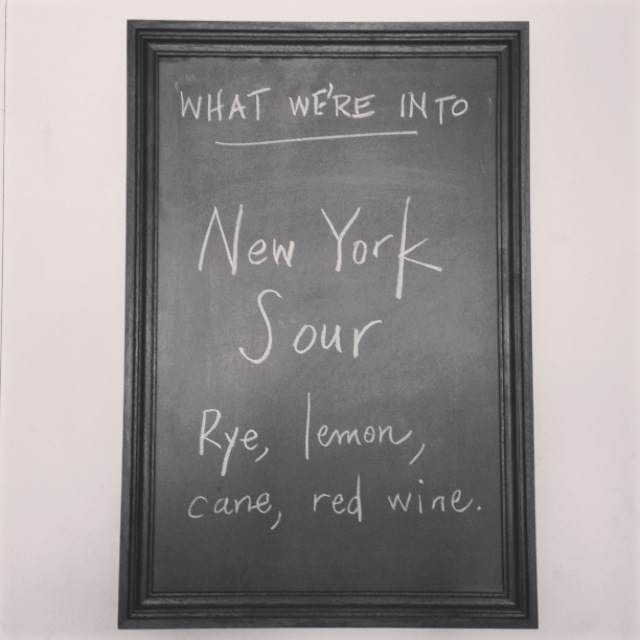 It sounds fancy, and it looks even fancier, but it’s not hard to get the hang of the float. The easiest way to do it is to hold a spoon upside down over the glass, either just above the surface of the drink or barely touching it, and pour the wine over back of the spoon, so that it cascades gently into the drink without sinking. Ta daaa: a two-tone cocktail, straw yellow below and crimson above. It’s a good party trick. (Though you’ll want to drop in a cocktail straw and suggest that your guests stir before drinking -- that’s how it tastes best.)

According to cocktail authority David Wondrich, the New York Sour is not actually from New York, but rather from Chicago, where, in the 1880s, a bartender began dressing up his sours by adding a “snap” of claret. But it was particularly popular in New York during Prohibition, when the wine, lemon, and sugar were handy camouflages for the not-so-hot whiskey of the era, and at some point, the name stuck. Whatever its origins, you could drink a New York Sour anytime, anywhere, and it would feel right. But we’re partial to it for early fall, the way the puckery lemon swirls together with spicy rye and dark, warming red wine. 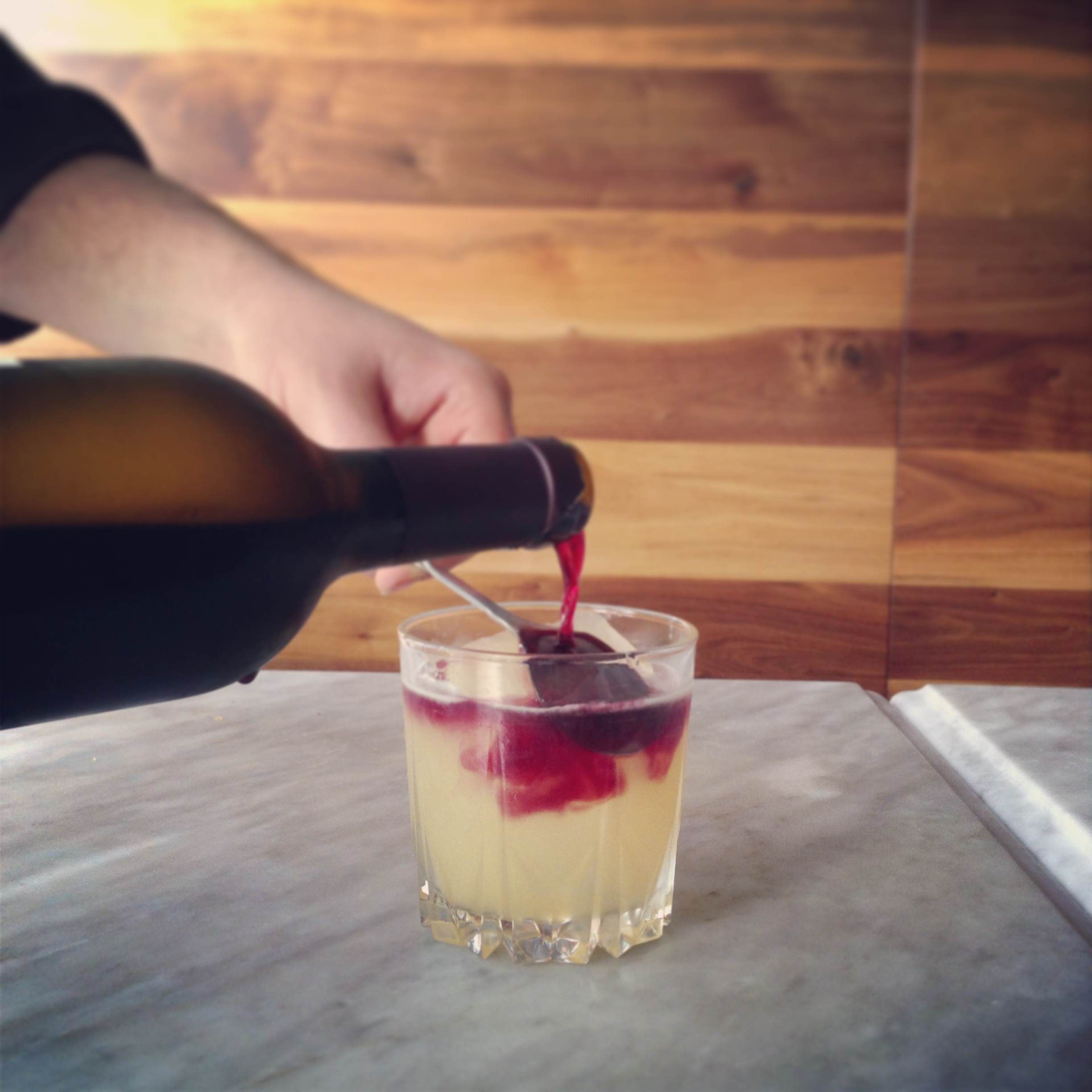 like the New York Sour drink? well take a few extra min.. and visit the new york sour gallery.!!!! www.newyorksourgallery.com My posters cost 24$ and are created in the highest quality. Thank you, and feel free to leave some feedback.

Jessica H. November 9, 2013
A few weekends ago we took a trip north from Portland to Seattle to eat our way around. The drinks at Essex were a highlight. SO well crafted. The space, brilliant. Nice work Brandon and Molly. Oh...and the pizza next door ain't bad either :)