How to Make Pastrami 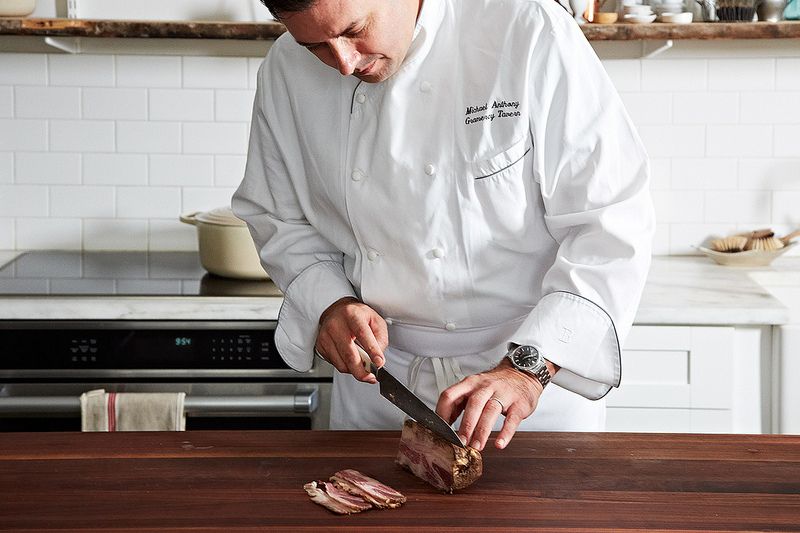 Though it may seem daunting, homemade pastrami is a great introduction to the basic techniques of curing meat at home -- which is why I decided to include it in The Gramercy Tavern Cookbook. It’s simple and easy -- and produces such a rich flavor. Since we wanted to share the essence of our beef program, I chose a recipe that feels deeply connected to New York, past and present.

Pastrami is amazingly delicious and we use it in several ways on our menus. We’ve served it as a sandwich with pickled peppers and arugula on grilled potato and onion rolls, as an amuse bouche with garlic aioli, and even as charcuterie with house-made pickles.

The method for making pastrami was originally used to preserve beef from spoiling in a time before modern refrigeration (in fact, the word “pastrami” comes from the Romanian “pastra,” to preserve). The first versions of this preparation date back to the Ottoman Empire, where Turkish people salted and dried beef. Beef plates are the traditional primal cut for making pastrami, but these days it is more common to see brisket, and sometimes beef round and turkey. 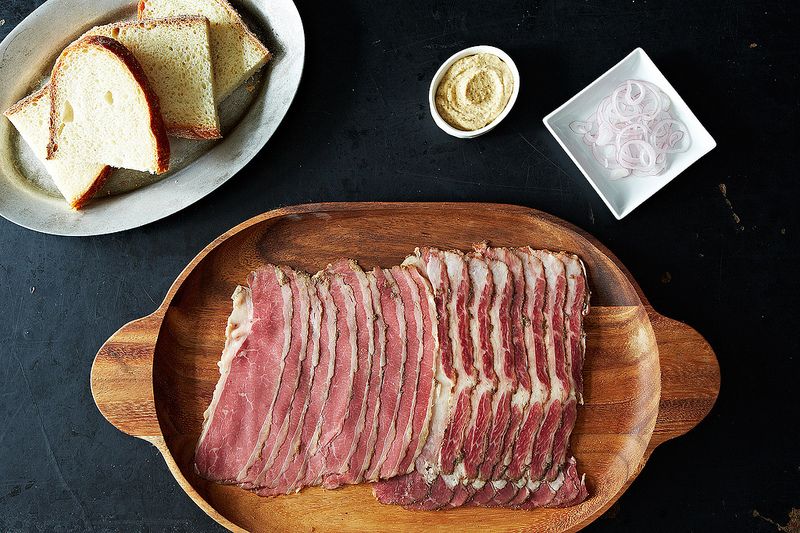 How did pastrami become central to New York’s culinary identity? When Romanian Jews began immigrating to New York in the late 1800s, they brought over the preservation methods that they had used to cure goose breast back home. In New York, beef navels were cheaper than goose meat, so they adapted their recipe and began to make beef pastrami as we know it now.

A great pastrami always begins with excellent-quality beef. At Gramercy Tavern, we have created a meaningful connection to three producers from whom we buy our whole sides of beef. If you're making pastrami at home, make sure to get your meat from a butcher you trust. 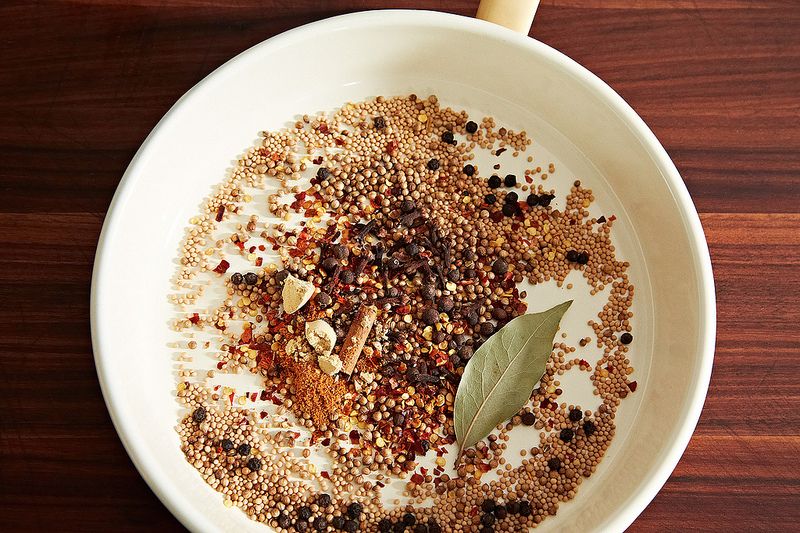 The meat is first corned, which involves letting it sit in the brine solution for five days, which turns it into corned beef. 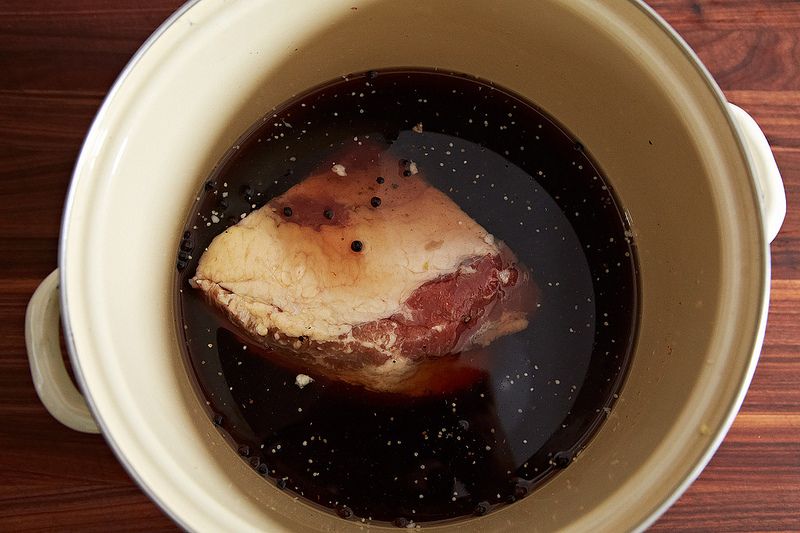 After it's brined, the meat is rubbed with more peppercorns, coriander, mustard and fennel seed, and left to sit in its spice-crust for twelve hours. 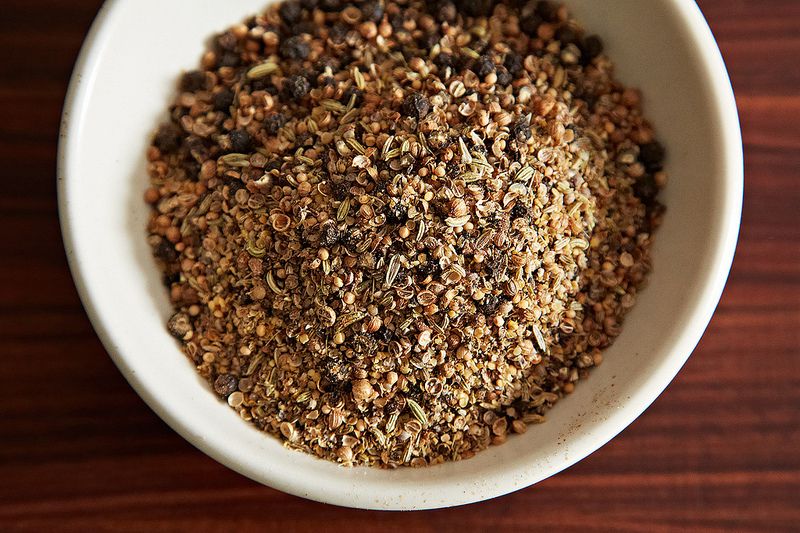 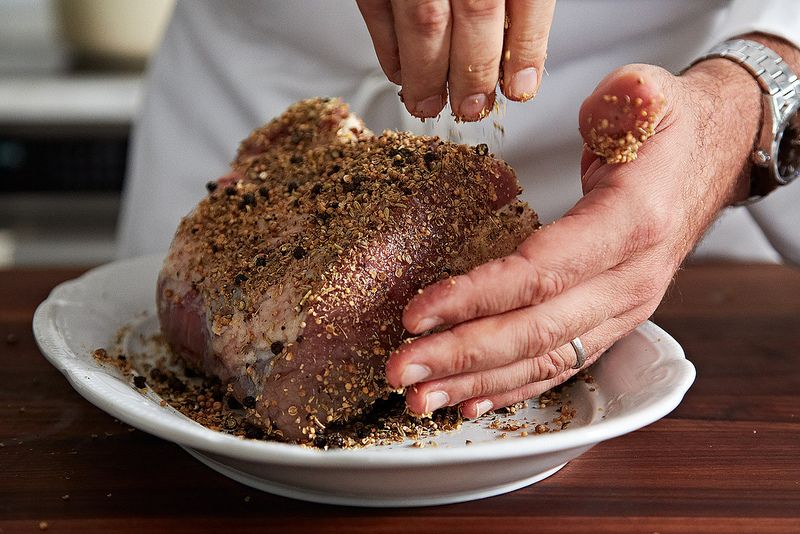 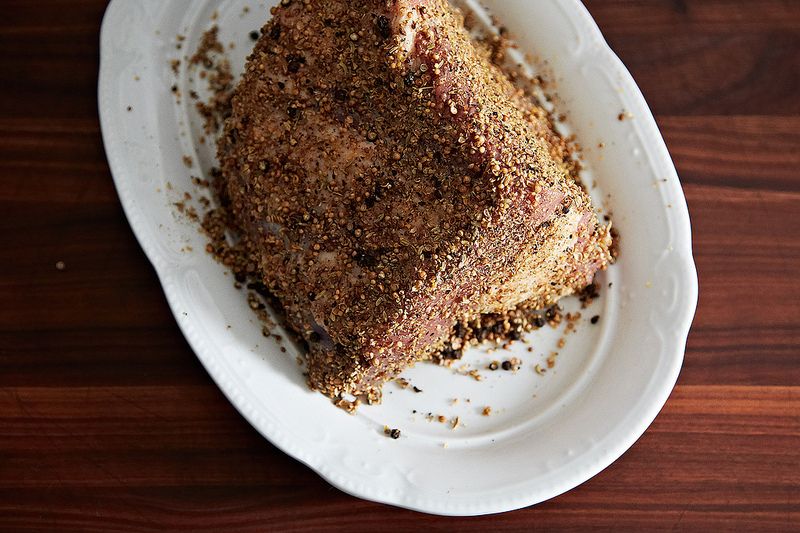 Finally, the meat is smoked and/or steamed for 3 to 4 hours to infuse it with flavor, tenderize it, and preserve it. Smoking gives it a dark crust and smoky flavor, while steaming creates a cleaner taste and fall-apart texture. If you still want that smoky flavor at home without a smoker, you can use shiro dashi -- a Japanese product that gives it that smoky richness. 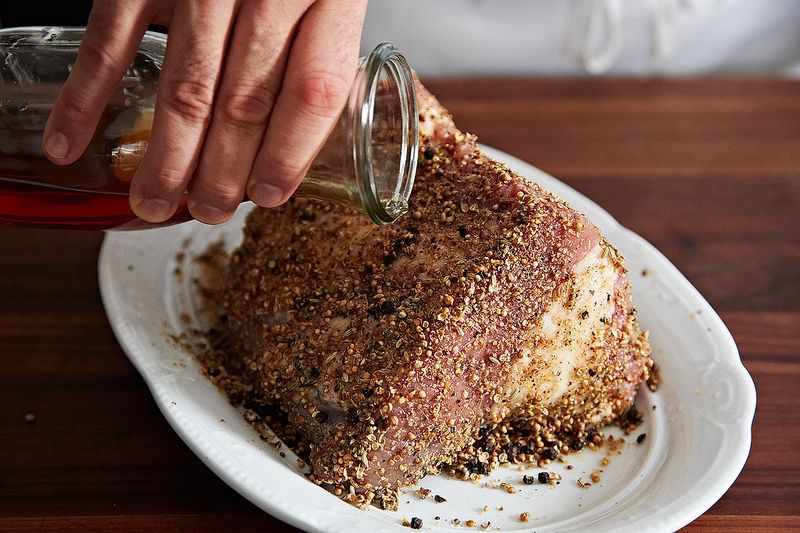 In our kitchen, curing pastrami is a celebration of craftsmanship from another time period and simply a necessity to thoughtfully utilize the entire animal. The fatty end of the brisket is transformed by salt, smoke, and time into something magical.

gramercytavern.com
Michael Anthony began cooking professionally in Tokyo, Japan where he quickly grew to love the Japanese connection to the changing seasons. Following his time in Japan, Mike moved to France to hone his culinary skills at a number of renowned restaurants. He joined Gramercy Tavern as the Executive Chef in 2006 and under his leadership the restaurant has earned a number of accolades including a three star New York Times review in 2007 and the James Beard Award for “Outstanding Restaurant” in 2008. In June, 2011 he was named Chef-Partner of Gramercy Tavern. In 2012, Michael won the James Beard Award for “Best Chef in New York City.” Michael is the author of The Gramercy Tavern Cookbook.

kantcould June 10, 2015
If pastrami was invented to preserve meats without refrigeration, why does the brining and curing in this recipe take place in the refrigerator? My grandmother made what she called "pickled meat" -- equivalent to corned beef or pastrami. She cured it in a stone crock in a dark closet and never refrigerated it until it was cooked. Never had any bacteria problems.

Mark G. June 10, 2015
We make smoked corned beef at: Bricks-BBQ.com and it has become a big hit among our customers. I enjoy making them something that brings back a little nostalgia to them.

Pat E. October 17, 2013
Is "pink salt" something different than salt that is pink....like Tibetan salt or some of the red salt from Hawai'i?

Nick A. October 18, 2013
Yes, very different. Pink salt -- a curing salt -- is a mixture of regular salt with sodium nitrite. It's a necessary addition for the proper flavor and color and also to prevent dangerous bacteria growth. See here: http://en.wikipedia.org/wiki/Sodium_nitrite#Food_additive

Ann October 17, 2013
I am dying to try this! Here's the thing though, I've tried getting brisket from my butcher in France and since they butcher animals differently here, he doesn't carry "poitrine de boeuf" which seems to be the closest logical choice. For folks who can't get their hands on brisket, what other cuts of meat would you recommend? My coworkers are hooked on bagel sandwiches, and I would love to throw homemade pastrami into the mix!

Nick A. October 18, 2013
Kristin Frederick has a place in France where she makes pastrami. She had exactly that issue and covers it in this video of her making the pastrami from scratch.

Mama M. October 17, 2013
can you brine more than one piece of brisket at a time, can you use the brine for another batch and how would you store multiple pieces?

Nick A. October 18, 2013
Yes you can brine more than one at a time, but generally it will take longer and you may need to increase the amount of brine. The process will be greatly helped by injecting your brine into the meat. Otherwise, some parts may go uncured in the center, especially if you're curing more than one piece in the same container. If you do more than one piece, you definitely want to rotate and move around the pieces of meat once or twice a day so that sides of the briskets resting against other briskets get some direct contact with brine daily. If it takes 4 days for one piece of meat, expect it to take 5 or 6 with multiple.

You cannot use the brine again. Water and blood will leach out of the brisket and dilute the solution over time. It needs to be discarded.