Yesterday, Chad discussed the importance of making and maintaining a strong starter. Today, he's moving on to mixing. 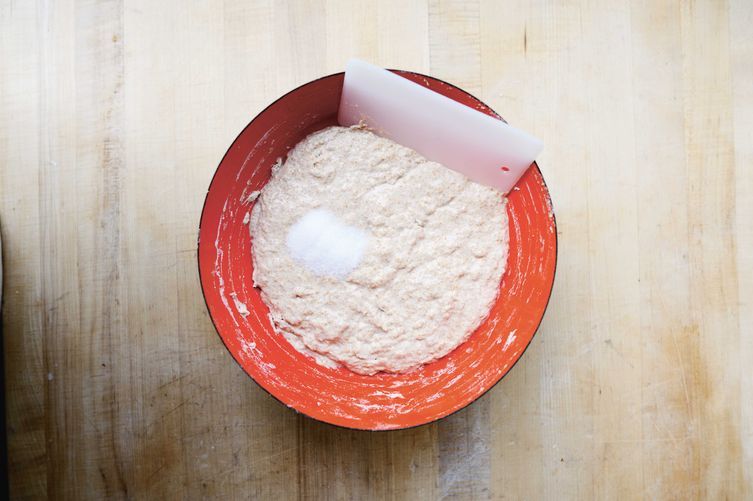 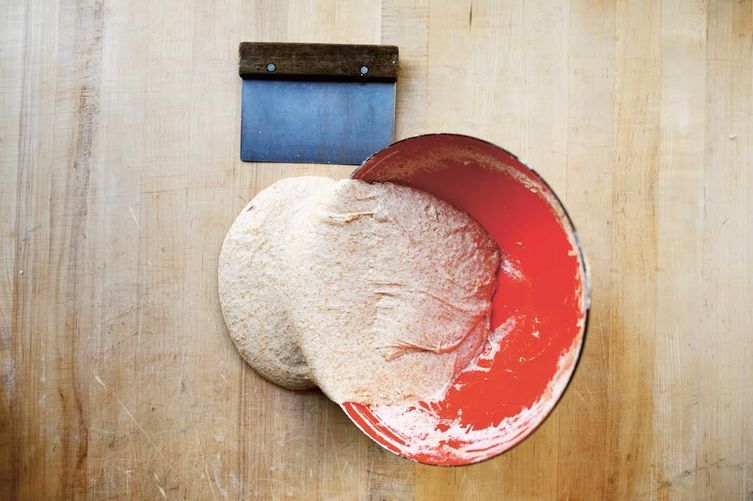 Yesterday, I talked about the importance of building and maintaining a healthy starter and levain. Once your leaven is ready to use, you must next make your dough, or premix.

Bakers think in terms of ratios, and everything is always measured against the flour. The amount of water relative to the flour is called the hydration percentage -- I tend to use high hydration. In the bakery, our breads typically use hydration percentages in the low to mid 90s. But it’s important to consider the type of flour you’re using. For example, spelt, a softer type of wheat, is less tolerant to super hydration, as are porridge breads, since the porridge inherently imparts additional moisture to the mixture.

In a large mixing bowl, combine the flours and wheat germ. In another large mixing bowl, add 700 grams of water. Add the leaven to the water and stir to disperse. Add the flour mixture to the liquid-leaven mixture and stir to combine until no dry bits remain. Cover and let the premix rest for at least 30 minutes and up to 4 hours to hydrate during this rest period, taking care to keep the mixture where it is at warm room temperature. After the rest, or autolyse, add the salt and the remaining 50 grams of slightly warm water, folding the dough on top of itself to incorporate.