Today: Arbequina! Kalamata! Black from a can! Learn a little more about your favorite olive varieties. 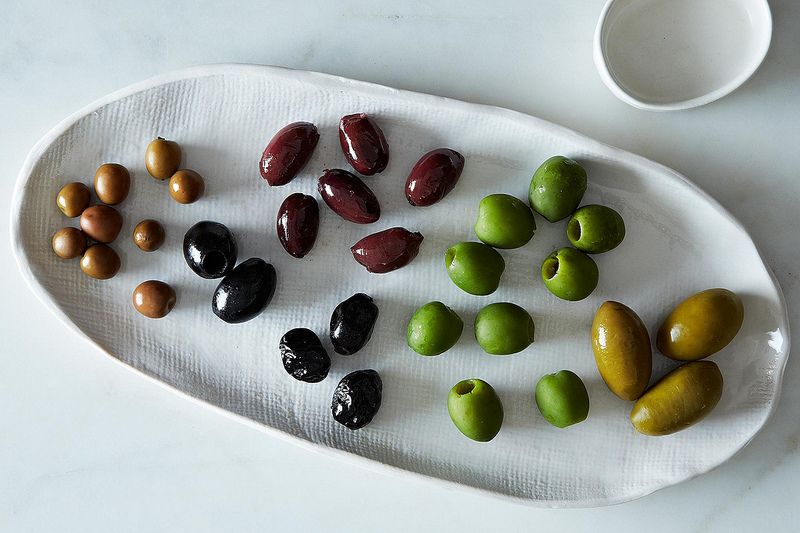 Thanks to their accessibility, variety, and balls-to-the-wall, unabashed saltiness, olives make for a number-one pick in both the "party snack" and "dish brightener" categories.

Atop pizza, stirred into pasta, or even baked into a bread -- olives never fail us. Olives are our friends. So let's get to know them a bit better, shall we?

Here's a rundown of most of the types of olives you'll find in supermarkets, at restaurants, and in the darkest corners of your pantries. 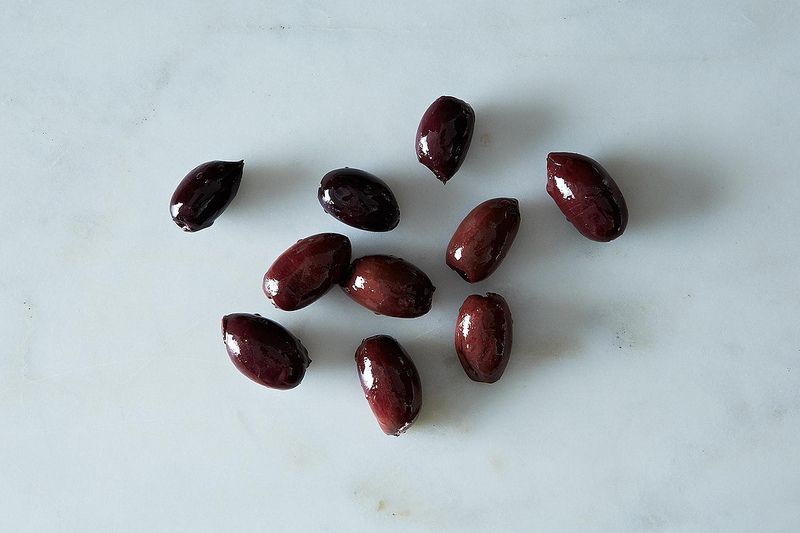 This Greek import is smooth, purplish-black in color, and pleasantly meaty. Because of their distinct flavor, they're commonly called on to lend saltiness and punch to a variety of Mediterranean recipes, most commonly Greek salad. They cannot be picked when unripe, and are so delicate (and easily bruised) that they must be hand-picked. Then, they're cured in a salt brine -- the most common way to preserve olives -- and often sold already pitted. 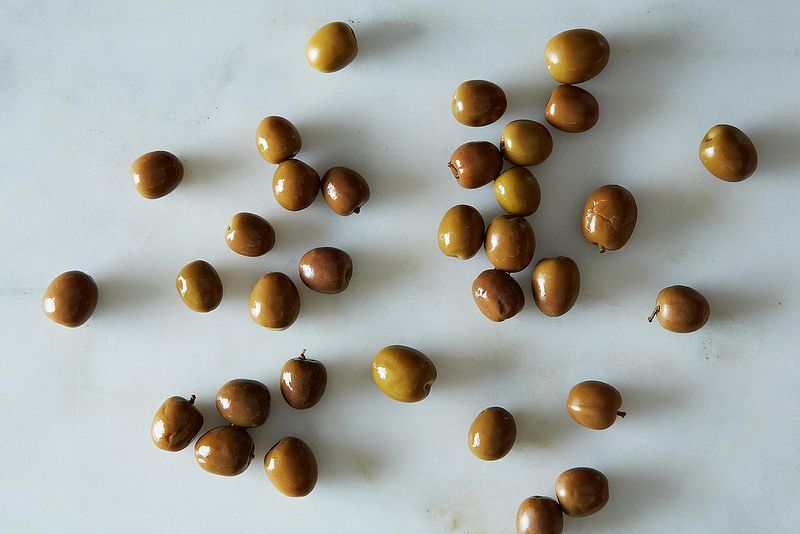 Arbequina olives grow mostly in Cataluña, Spain. These tiny, brownish-green olives are generally sold with their pits intact, and they have one of the highest concentrations of oil -- you'll see their name on many bottles of olive oil. Arbequina olive oil usually has a shorer shelf life than other varieties, so use it up! 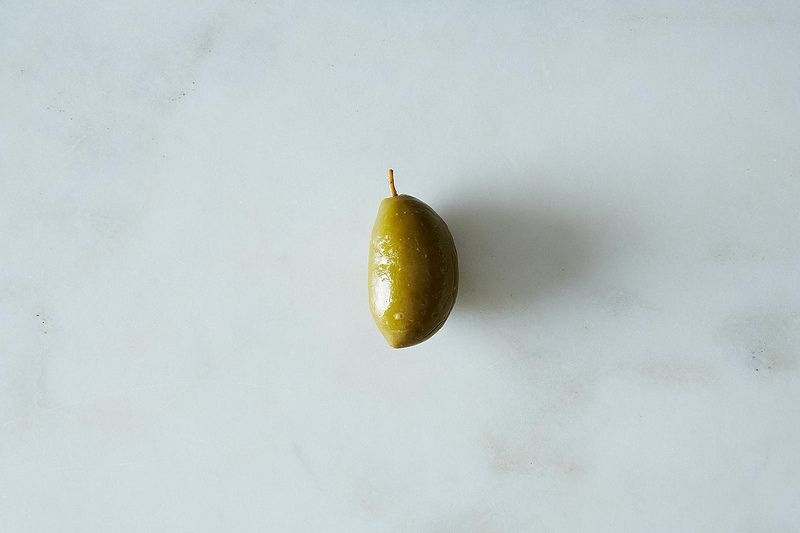 These large, firm, French olives are cured in a salt brine. They're big, crisp, and tart, which makes them perfect as a snack or a light hors d'oeuvre. They're often used to make oil, and they're also the most widely-available olive in Europe. Bon Appètit! 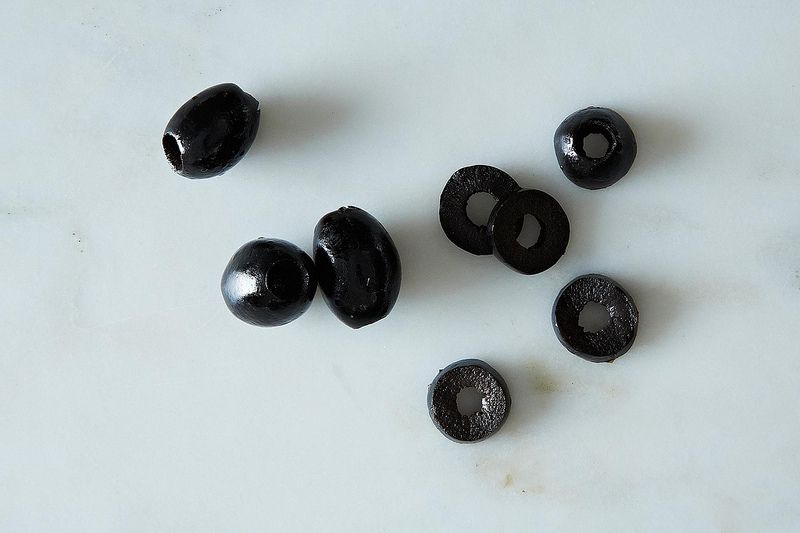 Most canned black olives are picked when green and unripe, then soaked in lye so that they'll become edible (and black). Then, they're canned. Sometimes they are treated with chemicals used to turn them black. The result is an olive without much flavor or texture to speak of. They do, however, play an essential role in some pizzas, sandwiches, and salads. 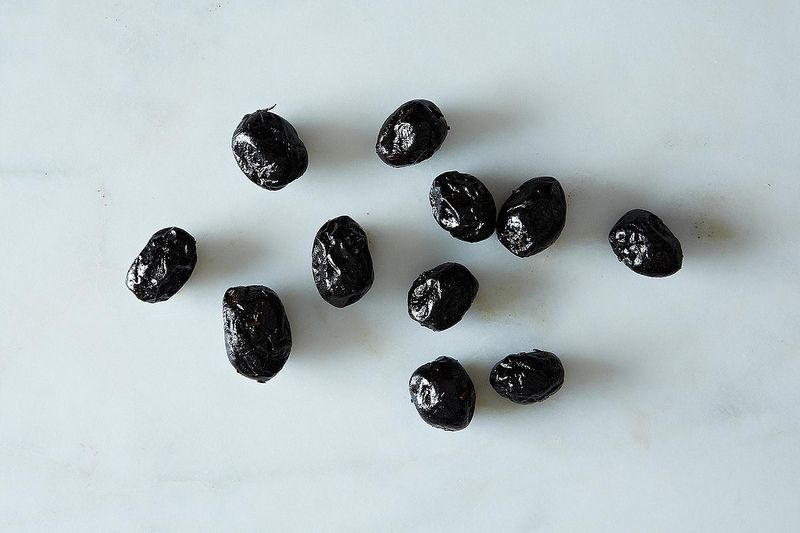 These olives are cured, or soaked, in oil -- for months. This process removes any lingering bitterness in the olives, and means they don't need to be stored in any sort of brine. The most common variety is black Moroccan, which is cured with spices such as cumin and hot chiles, as well as citrus. They're also common in Moroccan tagines. 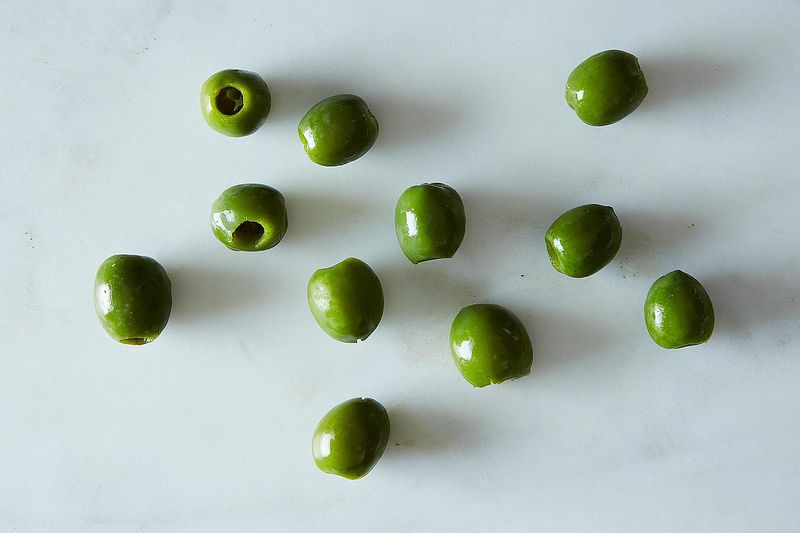 These are one of the most popular varieties.at your common olive bar. Mild, buttery, and almost sweet in flavor, they're harvested young, and cured in a salt brine, which contributes to their vibrant green color. Try spearing a few into your next martini.

What are your favorite olives? Let us know in the comments!

Jen January 2, 2014
What about the purple pink ones they have in Morocco???

Sewassbe January 2, 2014
What about my favorite, pimento-stuffed manzanilla olives? Also, I tried Castelvatranos at Christmas and while they were the most popular olive on my relish tray (they're just so sweet and crunchy-ish), I prefer the more intense saltiness of other olives. Plus, I know there are tons more varieties of olives than just this list - I'd love a more comprehensive run-down!

LauriL January 1, 2014
Love, love olives! I've always been scared of the canned ones though! Good info!

Kate December 31, 2013
Thanks for this guide! I always feel so lost at the olive bar — but my fiance is nuts about them, so I need to learn. Happy New Year!

dymnyno December 31, 2013
All olives eventually turn black as they ripen. Green olives are picked before they turn black. When we pick our olives for oil, we pick when the olives are a mixture of black and green. We pick all our olives by hand, and I have never seen a olive harvesting machine, ever, in the Napa Valley. We grow about 5 different varietals of olives. And, for pickers, it is a cruel nature of olives that the biggest contain less oil than the little ones.