Today: The history of Sweden's long relationship with coffee. 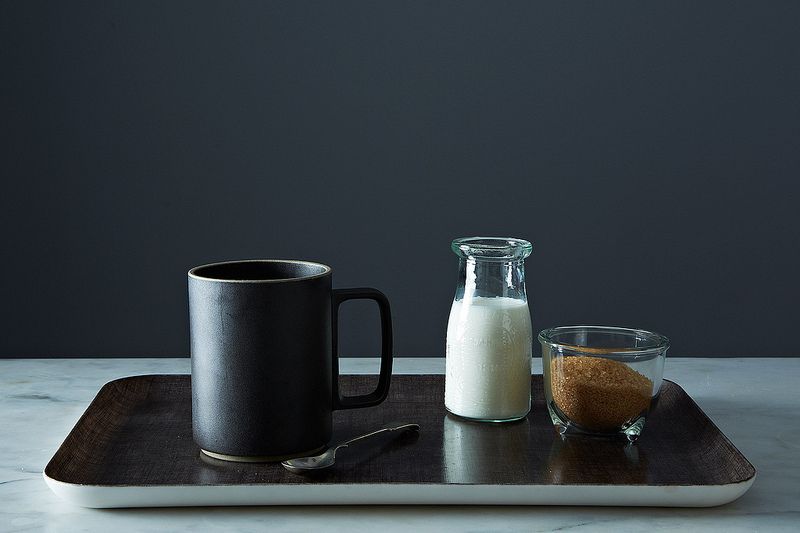 Whether hot, iced, or doused in cream, coffee provides an essential jolt to many a morning routine. While we often enjoy the beverage at the same time each day (and, for many, at repeated intervals throughout), the American coffee ritual is largely one of convenience and efficiency: to-go cups and mid-commute slurps. Undoubtedly, the recent rise in artisanal coffee production and bean-to-cup enthusiasts may have encouraged more of an appreciation for “coffee shop culture,” but we’ve got nothing on the ritualized drinking habits of the Swedes.

In Sweden, the coffee break holds an exalted status with a special name: “Fika” (pronounced fee-ka). The word is an inverted syllable slang term derived from “kaffi,” the 19th century word for coffee. Whether used as a noun or a verb, (one can “fika” or take part in “fika”), it describes the institution of social coffee consumption, most often accompanied by a snack of sorts. Edibles can include a sweet treat, such as a traditional cinnamon roll or cookie, or a savory bite, like a “smorgas,” (open faced sandwich). Fika is a way of life in Sweden, with colleges often breaking for half an hour in the morning and again in the afternoon to enjoy a communal coffee break. Fika is thought of as the “non-date date” -- a relaxed gathering of friends with no pre-determined agenda or romantic implication, but rather a leisurely meeting over a much-loved beverage. 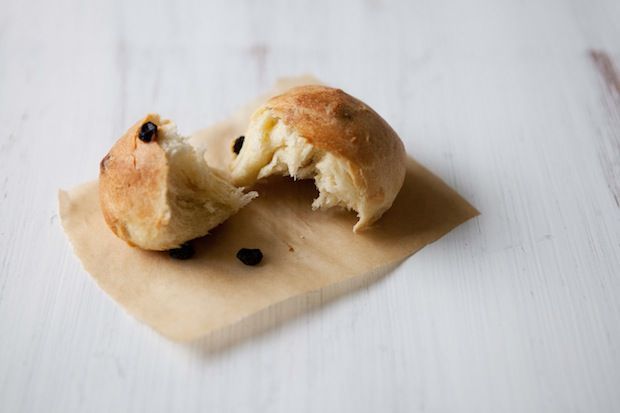 While Swedes are avid coffee drinkers today, the country’s history with the beverage is not such a simple one. Originally introduced in the mid-17th century, coffee didn’t gain popularity until the early 18th century, where it became the beverage de rigueur among the society elite. However, King Gustav III, the reigning monarch at the time, was strongly opposed to coffee; he disapproved of its importation as a luxury good, convinced of its negative health effects and paranoid that coffee shop gatherings brewed anti-monarch sentiments. He worked tirelessly to eliminate the beverage by heavily taxing it, fining citizens who consumed it, and even confiscating coffee cups and dishes.

Ultimately, coffee was outlawed, but the King continued his crusade against it, ordering a twin study of its negative effects to be carried out by court-appointed doctors. A set of twins was summoned, both criminals who had previously been condemned to death. In exchange for participation in an experiment, the King offered them life imprisonment instead of death, with the caveat that one consume three pots of tea per day for the rest of his life, and the other three cups of coffee. But the coffee-fearing king would never learn coffee’s harmless truth, as both doctors died prior to the conclusion of the experiment, and Gustav was assassinated before any results were made final. As it turned out, the tea-drinking twin died at the ripe old age of 83 (practically ancient in those times) -- but was outlived by his coffee-drinking twin.

Since Gustav’s time, the Swedes have embraced coffee more than most, “Fika-ing” any chance they can -- a tradition from which we could learn a thing or two. So, next time you slug down your 8 AM latte, take an extra minute (and perhaps a croissant) to enjoy it...even if you’re at your desk.

What are your favorite ways to enjoy coffee? Let us know in the comments!

Niclas May 14, 2014
I love to sitt outside my grandmas sommerhouse in the sun and watch the ducks in the lake while we drink coffee and eat some cookies and grandmas home made cinnamon rolls(kanelbulle).

smilebluemonday March 7, 2014
lovely article! thank you! it would be cool to start bringing more baked goods to work and encourage co-workers to sit down and enjoy with me. fat chance, but worth a try?

Andie P. January 19, 2014
I've been thinking about this off and on for the past few days. I'm also reading The Coffeist Manifesto by Steven Ward as I am, as I noted in my earlier post, very picky about the flavor of my coffee.
Swedes who emigrated to the U.S. generations ago are certainly devoted to coffee. In the mid-1950s, my mother owned a bakery in Wisconsin and after I graduated from high school, sent me to baking school in Minneapolis and I lived with a family that described themselves as 3/4 Swede and 1/4 Finn - (a Finnish grandmother lived with them) - and they were very enthusiastic about coffee and the pastries that went with them. They happily consumed all my "practice" pastries along with the coffee that was on offer all day and all evening from at least TWO coffee brewers. Part of the family preferred the "boiled" coffee, clarified with egg shells and the others preferred coffee made in vacuum pots. There was also a faction that liked pre-ground coffee (8-O'Clock from the A&P market down the block) and home-ground beans purchased at "Inge"s" market - I don't recall if they were already roasted, but "Nana" would pour them into a dry cast iron skillet and "warm them up" prior to grinding them. I haven't thought about those lovely people for years and now I want to see if I can get in touch with any of the family.

Denny M. January 19, 2014
very interesting..wish I had the time to visit with family and friends for a fika break,sounds like a nice thing.

Karl January 19, 2014
Nice article. Didn't know about the Gustav III story :)
I am a Swede but practically the only one that don't drink coffee..
It is more common with fika breaks in older and bigger companies (often relating to a strong union history)
It is also quite common to invite friends and family over to your house for a fika if you think it is too cumbersome to arrange with food for them.

carswell January 12, 2014
What an interesting story. It's a nice accompaniment to my weekend morning ritual of a large cafe latte - enjoyed while reading before I start into my day.

Abel January 11, 2014
I sometimes wake before my wife and kids... like at 6 am. I have an old german coffee grinder, and a 'moka' pot. I make myself a nice strong cup and put it in a mug that doesn't slosh. Then I go wander around the farm and woods where I live. I see the most amazing sunrises this way, new mushrooms, canadian geese, deer tracks... even find stashes of eggs from the chickens that don't like to use the laying boxes!

theodoreanthony January 10, 2014
so this is where civilize people hangout. nice!

Catherine L. January 10, 2014
Yet another reason Swedish people seem to know how to live life right!

Andie P. January 10, 2014
I have coffee first thing in the morning - before breakfast - and around noon (have a big mug here on my mug warmer right now) - and then I usually have a mug in the evening, about 2 hours after dinner, or a bit later.
It has to be a robust, full-bodied coffee and it must be FRESH! I have a Senseo pod machine and fill my own pods with French Roast, freshly ground coffee. Or I have a cup the "Intenso" or Espresso coffee pods from my Dolce Gusto machine.
Brewed coffee is okay but after about 20-30 minutes begins tasting "stale and oily" to me - but I am apparently a "supertaster" and others do not notice this.
Prior to the advent of the pod brewers, I made small batches in a vintage vacuum brewer.

Kierstan P. January 10, 2014
My sister lives and Sweden and on two of her trips back to the states we have hosted fikas! That is always my favorite part about visiting her in Stockholm...hmmm, isn't it about time for a fika?!

Clare C. January 10, 2014
I like my big mug of stove pot brewed coffee with my omelet in the morning. Nothing sets up the day like that.

Frances P. January 10, 2014
I enjoy coffee outside the house where I sit and sit and talk and talk with my spouse enjoying a small cookie or muffin.

LittleKi January 10, 2014
I love tidbits like this. Thank you for taking the time to write them down!