Winner of Your Best Family Recipe 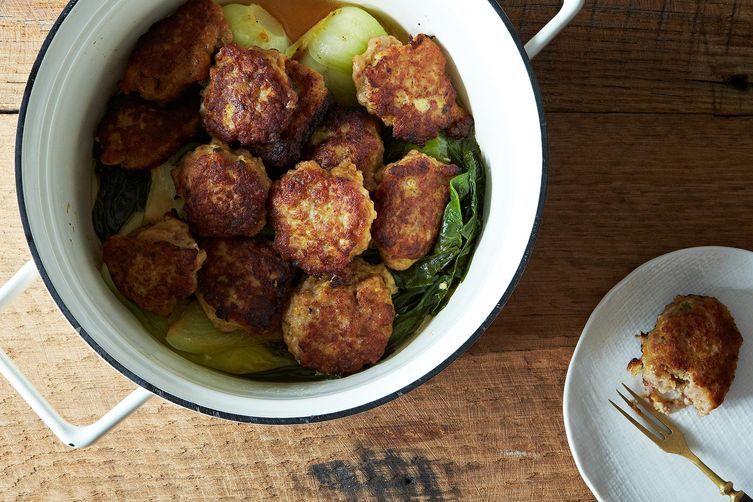 Describe an early food experience that has influenced the way you think about food and/or cooking.
When I was about 5, my family was in Shanghai visiting my grandparents and great-grandparents, and we'd gone to my great-grandparents' home to fold and eat wontons. I was far too young to fold wontons properly (not that I do a great job now!) but I remember that my great-grandma, the same genius behind this recipe, still gave me all the wonton wrappers I wanted to fold into whatever shape I liked. I can still see my great-grandmother showing me my motley crew of filling-less wonton animals (which they still boiled!), and how ridiculous they looked floating in the pot. For all I know, that might have been the first time I ever helped cook anything -- and that memory lets me know that food is as much about taste and nourishment as it is about the love that goes into sharing the experience with others.

What's your least favorite kitchen task?
Taking out the trash! But my obliging boyfriend (whom I usually call Bowl #2) usually handles that for me so that I'll do the dishes instead.

Your favorite kitchen tool?
I think I have to go with my cast-iron skillet. It just does everything -- picture-perfect cornbread, extra crispy fried Spam (!), baked pasta, the list goes on. Pancakes, especially, have never, ever been the same since I got one! Plus, I was briefly anemic at one point in college, so I love knowing that it infuses everything I make with a little extra iron. 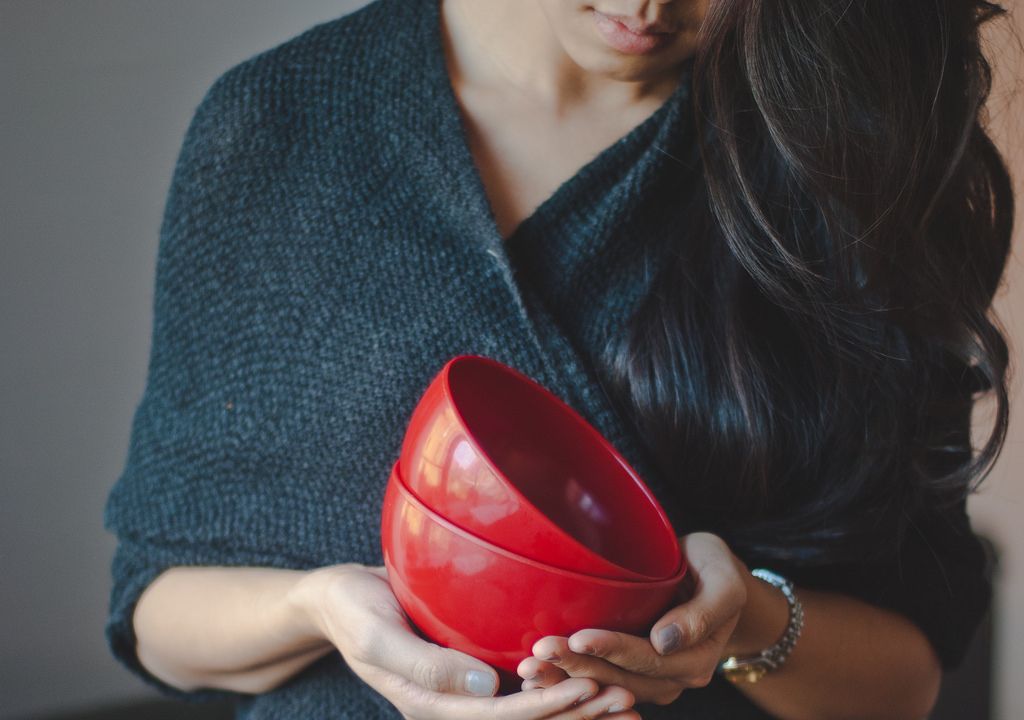 What is your idea of comfort food?
Bowl #2 and I always turn to a giant wok of kimchi fried rice when we feel like really wrapping ourselves up in food. It's spicy, warming, hearty, but most of all -- easy and plentiful! I love mixing in a particularly runny egg yolk. There's nothing more comforting than that. (Though I'll be honest, when the fridge is empty and I'm too tired to cook, we're all about Papa John's!)

What is your greatest kitchen disaster?
OK, don't judge. In my first year of law school, I lived in a dorm with a shared kitchen (and communal bathroom, you know you miss those) down the hallway from my dorm room. I once put on a pot of tea eggs to simmer late at night...and then forgot all about them until the next morning. I bolted straight out of bed and down the hallway terrified out of my mind because I thought I'd burned the whole dorm down. Luckily, someone had turned off the heat and taken the pot off the stove when they heard the eggs exploding in the pot (yes, that's right, they exploded). Believe it or not, one or two of the eggs still ended up being edible, but it took a whole day or two of soaking the pot before I could get the rest of the blackened, charred egg remains out of that kitchenware. I don't think I ever owned up to it to my hallmates.

Erika January 30, 2014
Oh my gosh so the first thing I see after discovering this Food52 recipe contest thing is you as a winner!!!! Congrats Cynthia--how super exciting! You're gonna be huge! These meatballs make me wish I ate meat because they look amazing!

Pegeen January 26, 2014
Congratulations! I appreciate family recipes so much and look forward to making these.

Cynthia C. January 27, 2014
They are so precious, aren't they? I love how easy they are to share now that we have so many ways to do it. Hope you like them if you try them, and thank you so much :)

AntoniaJames January 24, 2014
Really enjoyed your Q&A -- and I can't stop admiring that gorgeous shawl. (I'm a knitter, so it has inspired me to make one like it, ASAP.) And good luck with your legal career! I will celebrate next month the 30th anniversary of my swearing-in at the courthouse in lower Manhattan. I hope you'll enjoy practicing law as much as I have. ;o)

Cynthia C. January 24, 2014
Oh my gosh, what a special occasion for you!! Little old me will be sworn in to begin with next month ;) how funny is that? So glad to meet a fellow (much more seasoned) lawyer -- and to know that our lifestyles can go hand-in-hand with cooking and making delicious food. Thank you so much for your lovely comment and thank you for the compliment on my shawl! I can only imagine how gorgeous your handknit version will be!

cookinginvictoria January 23, 2014
Congrats on the win, TRB! These meatballs look amazing, and I plan on making this delicious-sounding recipe soon. I really enjoyed your Q&A, especially the story about making wontons with your great-grandma. Family and food are the stuff that great memories are made of! Love your blog too. :)

Cynthia C. January 24, 2014
Thank you so much for your kind words! They mean the world. I hope you love the meatballs if you try them. :)

foxeslovelemons January 23, 2014
Warm congratulations on your win, Two Red Bowls! As somebody who just made wontons for the first time yesterday, I laughed out loud at "motley crew of filling-less wonton animals."

Cynthia C. January 23, 2014
Thank you so, so much, you guys! <3 This has been the highlight of my entire week (month? year? eon?) It means so much to me to be able to share this sentimental recipe with you all -- love being a part of the vibrant Food52 community!