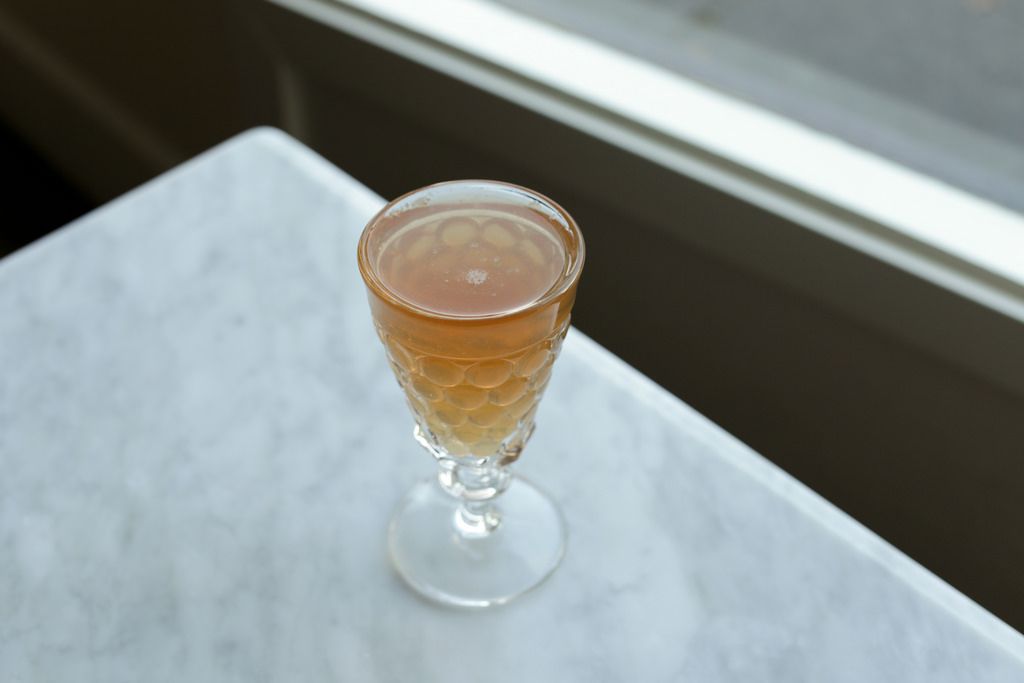 There are few drinks more lovable than the shandy. Built on a foundation of beer, a shandy is easy to make, easy to drink, eminently approachable. Maybe most importantly, there’s no other drink that feels more like high summer: take our old friend, last August’s Campari Shandy, for example. But there’s really no reason not to drink a shandy in February, especially when you swap out the beer for a wintry hard cider. (Which probably makes it not a shandy at all, but let’s ignore that detail.)

We keep dry apple cider on tap at Essex in the fall and winter, usually from Tieton Cider Works in south-central Washington State. And while we like to drink it as is, we also wind up using it in a number of cocktails. This week’s Cider Shandy is one, and -- mark your calendar! March 6th! -- we’ll feature another in the next column, too, with applejack and a Laphroaig rinse.

More: Can't wait that long for an applejack cocktail? Try this one.

Niah came up with our Cider Shandy after he made a liqueur from some wild currants that our favorite apple farmer gave us and then, uh, needed to use it somehow. So he put a little in the bottom of a glass, added some fresh lemon juice to counter the liqueur’s sweetness, and then topped it up with hard cider. The result was a gorgeous, subtle shade of rosy amber -- very Martha -- and it tasted light but wintry, of apples and dark berries. For today’s purposes, we reworked it to use commercial crème de cassis -- we like Combier brand -- and, in a flash of inspiration, Niah also threw in some Amontillado sherry, which brings a nutty quality that goes beautifully with cider. It’s a cold-weather nod to warmer times: In other words, it’s exactly what February calls for.