Winner of Your Best Recipe with Mustard

Congratulations to ChefJune, whose Mussels Dijonnaise (Steamed Mussels with Mustard Sauce) won the contest for Your Best Recipe with Mustard! 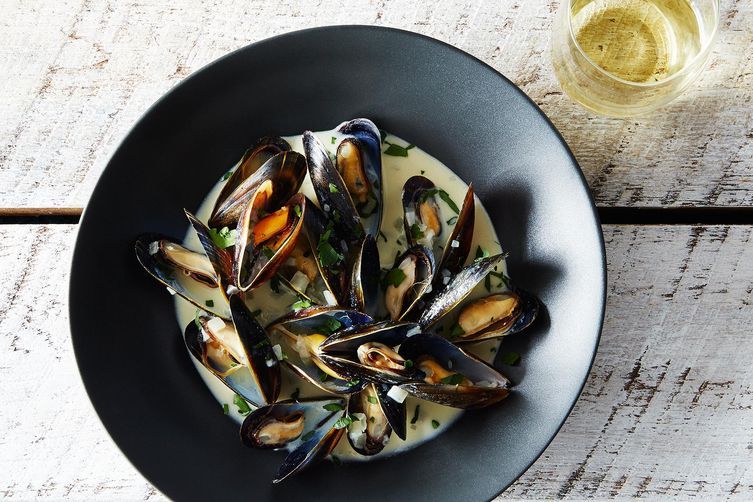 Describe an early food experience that has influenced the way you think about food and/or cooking.
When I was 10 and a new Girl Scout, I decided I wanted to get my Farmer Badge. This wouldn't have seemed strange, but I lived in Chicago! I did have several aunts and uncles who had farms in Central Illinois, where I often vacationed, so Aunt June and Uncle Lester took me on to do the badge work that summer. The exercise that impressed me most (to this day) was killing a chicken, preparing it for cooking, frying it up, and serving it.

Dressed in an oversized slicker, I went out to the chicken coop and reined in a hen with a crook. With my uncle's arms around me, I swung the chicken with one hand and the axe with the other. Beginner's luck -- we hit it on the first try. I realized later that experiences I had on the farm gave me an understanding of where my food came that was different from that of other city kids who didn't have similar opportunities. I am forever grateful.

What's your least favorite kitchen task?
Cleaning the stove. But it's got to be done! 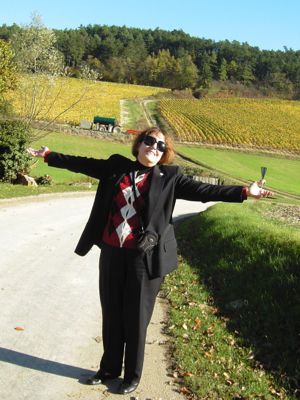 Your favorite kitchen tool?
It's a tie. I reach for my Wusthof chef's knife (10-inch) without thinking -- but also my Cuisinart food processor, because it is such a time and energy saver.

What is your idea of comfort food?
My ultimate comfort food is chicken soup with matzo balls, but pretty much any food I grew up with and loved would qualify -- like spaghetti and meatballs, mashed potatoes, and chicken salad sandwiches.

What is your greatest kitchen disaster?
I really don't recall too many of those, but just recently, I made dymnyno's wonderful Sicilian Blood Orange Marmalade. As I was ladling the hot jam into jars, one of them slipped off the counter and crashed onto the tile floor. What a mess! Even worse than having to clean it up was that I lost a precious jar of marmalade.

lakelurelady April 8, 2014
Congratulations ChefJune! I learned to love mussels when we visited Brittany last summer. Your recipe is wonderful.

pierino April 3, 2014
Congratulations ChefJune. Great recipe which you be sure I will try.

ChefJune April 2, 2014
Oh, this is so thrilling! And the best part is all your congratulations. Thank you so much!!!

AntoniaJames April 2, 2014
Love it! I'm so glad this recipe won. Reading your Q&A confirms that you are a woman after my own heart: I also could not live without my ten (it's gotta be ten) inch chef knife -- mine's not a Wusthof, but comparable -- or my Cuisinart food processor. Congratulations, ChefJune! ;o)

Kukla April 2, 2014
Many, Many warm congratulations ChefJune on your win!!!