Today: A crowd-pleasing crostata from the heart of Rome's ghetto. 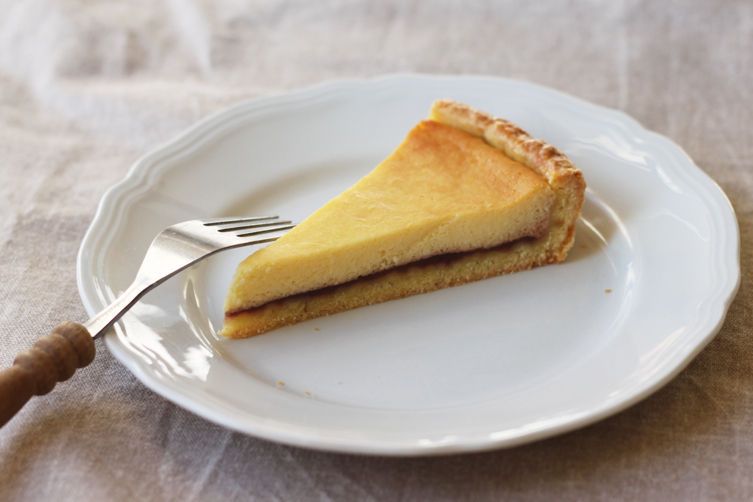 This is a wonderfully simple, crowd-pleasing crostata: cherry jam (preferably made with wild sour cherries) spread over a base of soft, crumbly, lemony, almost cake-like crust, and covered with a lightly-sweetened ricotta filling that is then baked until golden and set. A lattice top usually garnishes the crostata, but it's just as pretty without. 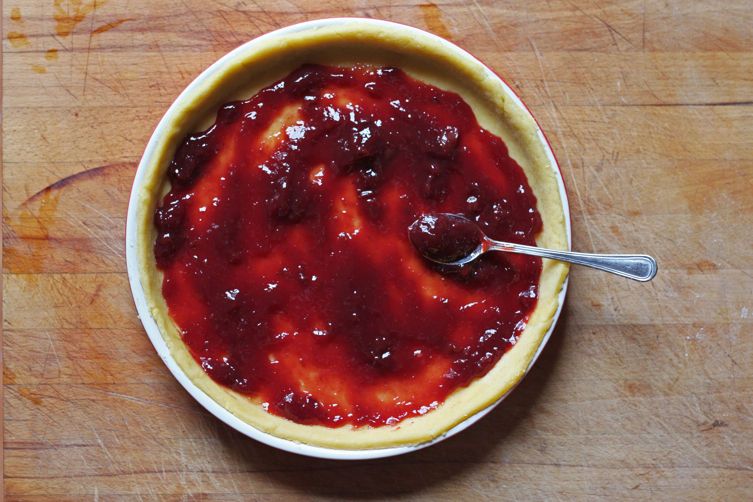 It's one of the consistent dessert items on trattoria menus across Rome, but the traditional ricotta crostata itself was born in the Roman ghetto. They say this ricotta crostata is based on an ancient recipe and at one time was a way for Jewish vendors to sell cheese illegally, by hiding it under a pie crust. The older recipes included honey and candied fruit, but over the centuries this ricotta crostata has evolved -- and in the meantime, it has also become a favorite dessert found all over the city of Rome.

A special mention needs to be made for the Roman Jewish ricotta and jam crostata made famous by the bakery Boccione, on Via del Portico d'Ottavia, right in the heart of the Ghetto. The recipe, a secret, is fiercely guarded and notoriously difficult to replicate.

The Boccione crostata's unique features include a rounded and a burnt-until-blackened top, sans crust. It's not necessarily pretty, but the bitterness of the burnt top contrasts with the sweetness of the jam (quite like in a crème brûlée) to create a perfectly balanced dessert, much sought-after by those in the know of where to find Rome's best pastries. 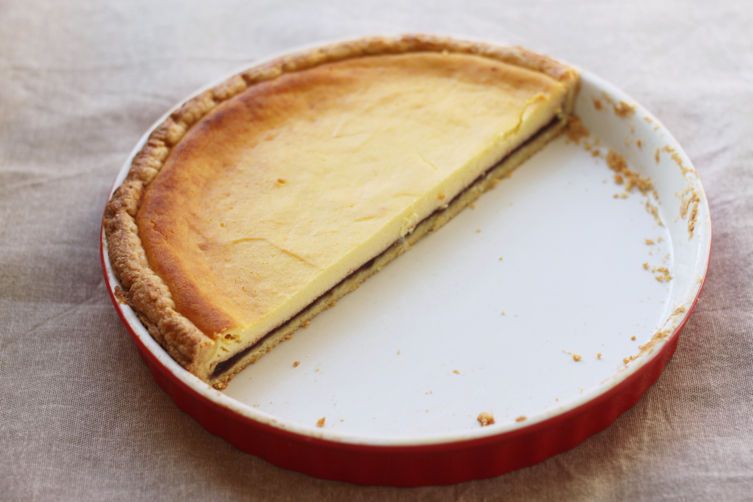 Sour cherry jam (even better if they are wild sour cherries), known as visciole in Italian, is a must; sour cherries have a tartness to them that is just right in this dessert. Instead of jam, you could also use plump, fresh, pitted sour cherries, perhaps sprinkled with a little sugar. A common variation on this crostata is chocolate chips stirred through the ricotta in place of the jam.

Traditionally sheep's milk ricotta is used and is preferred for its richness and firmer texture. If you're using cow's milk ricotta and you find it's quite “wet” rather than firm, pour it into a sieve lined with a few layers of muslin (or a clean linen tea towel), set it over a bowl, and let it drain overnight.

The recipe was inspired by an Italian cookbook on Roman cuisine called La Cucina di Roma e del Lazio, and the pastry crust is adapted from one of Pellegrino Artusi's recipes for “pasta frolla” in his 1891 cookbook, Science in the Kitchen and the Art of Eating Well. It works wonderfully: soft, crumbly, and cake-like. The lemon zest in the crust is key, too. It lifts the entire crostata, giving it a wonderful fragrance -- a little reminiscent of lemon cheesecake with cherry jam. 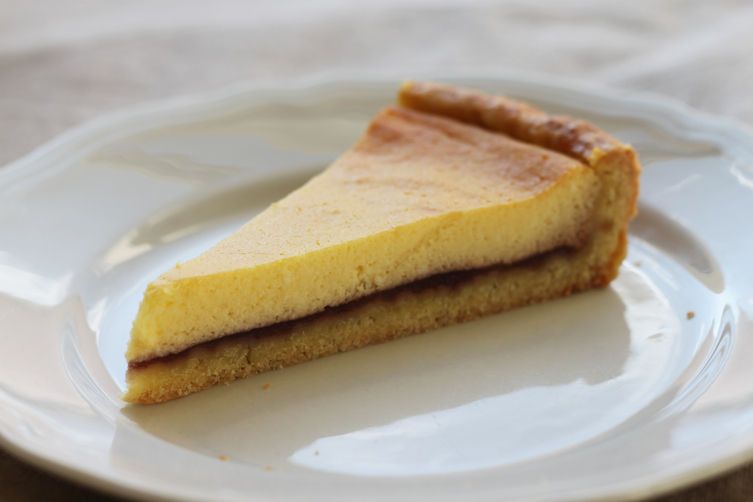 For the pastry crust:

zahavah May 27, 2014
Great timing on this article. The Jewish holiday Shavuot, during which it's traditional to eat cheesecake and other dairy-rich foods, is next week!

Gaia G. May 27, 2014
This is my knid of dessert. It doesn't seem too sweet and I love cherries. I'd also use the sour cherry jam in mixed drinks with vodka, gin or tequila. Can't wait to try this out.

Emiko May 28, 2014
It's not too sweet, really balanced between the slightly tart cherry jam and a little lemon in the crust. Hope you try it out!

Mark P. May 27, 2014
Nice Im going to try this recipie for Pasta Frolla with Lemon Pasticciotti.

Brette W. May 27, 2014
Is Boccione the bakery with the pizza ebraica (Jewish pizza)? I used to go ALL the time but never knew the name of the place!

Emiko May 28, 2014
It's probably got something to do with the fact that they have no sign out the front, but yes, that's the one! The pizza ebraica is their other famous specialty.