Today: All the creamy, green, artichoke-y goodness of eggs Sardou -- for a weekday morning. 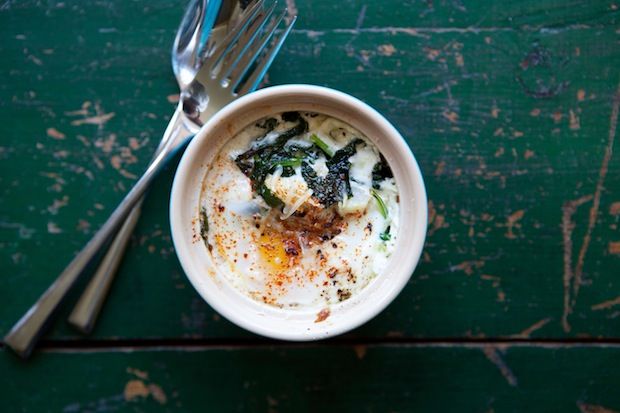 One of the first recipes I ever tested on Food52 was for a variation of eggs Sardou. I remember carefully cooking and assembling what felt like a kajillion components and thinking to myself as I ate it, “Dang this is delicious! But next time I’m going to make it after I’ve had more coffee and something to eat first.”

A couple days ago, upon a little scrutiny, I discovered that my refrigerator had almost nothing to eat other than eggs and artichoke hearts. I was going to just make eggs with artichoke hearts, when I remembered eggs Sardou, and I looked it up again to see what it would take to make it. In classic New Orleans-style fashion, the original eggs Sardou actually has not just a kajillion but a kajillion and five components, all of them fabulously rich. There are the artichokes, but there’s also creamed spinach, anchovies, ham, fried asparagus, and poached eggs, all smothered in Hollandaise.

Given the sad state of my fridge, I knew I wasn’t anywhere near making actual eggs Sardou. But, I did have anchovies plus a handful of baby kale and the bottom of a carton of cream. I took those Sardou-inspired ingredients and baked them into an egg en cocotte atop garlicky, anchovy-y greens and artichokes. Though not quite so fabulous as the original, it was still delicious. 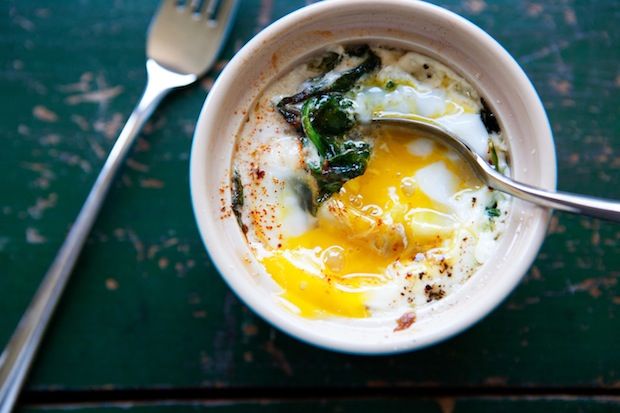 by: Girl in a Food Frenzy
4 Items

MrsWheelbarrow June 9, 2014
This is too good to wait for the morning. I think it's likely to be dinner. Lovely recipe.
Author Comment