All About Dry Shaking + A White Lady

All week long, Jeffrey Morgenthaler of Portland's Clyde Common and Pepe Le Moko will be sharing recipes and techniques from his new book, The Bar Book: Elements of Cocktail Technique. Follow along to win one of five copies we’re giving away -- and to perfect your at-home cocktails.

Today: A trick for the frothiest cocktails, and a recipe to shake up tonight. 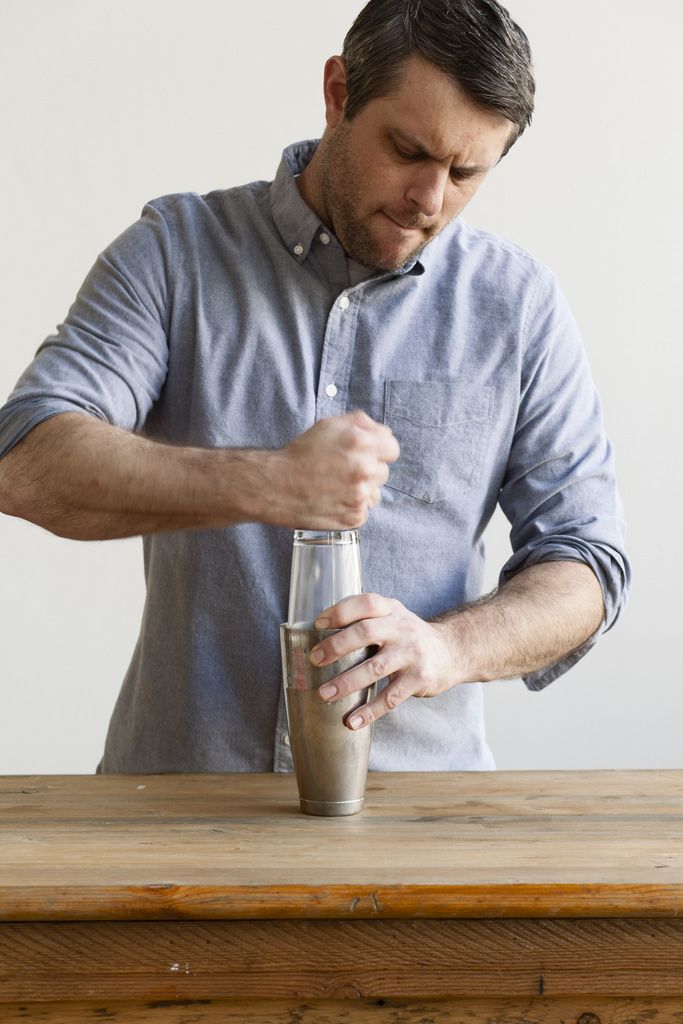 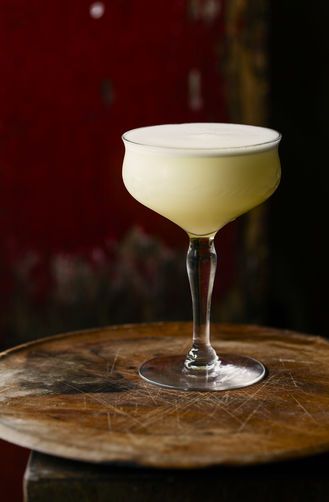 Bartenders learned long ago that they could create a creamy mouthfeel in a cocktail, without the flavor and fattiness of cream, simply by adding a dollop of whipped egg white. Drinks containing egg whites benefit from an initial shake without ice -- called a dry shake -- which will develop a thicker, more voluptuous and stable foam. Chad Solomon, former bartender at New York’s Pegu Club and partner at the beverage consulting company Cuffs & Buttons, has championed the technique, though bar historians have recently found references to the method that go back decades.

In their natural state, the proteins in egg whites are curled up tightly in little balls. As you whisk or otherwise agitate the whites, those protein balls are slammed around, and the impact loosens the bonds. The balled-up proteins begin to unfurl and form new bonds with other proteins, rather than with themselves, which creates a loose network. If you continue to agitate, you begin to introduce air bubbles into the network. The air is captured by the proteins, and the result is foamy or fluffy whites, depending on how far you go. Proteins will stretch and unwind more easily if they’re given some time to loosen up rather than being rushed into the process. A chef usually whips egg whites more slowly at first and then turns up the speed once a light foam has formed. The dry shake accomplishes this for the bartender. 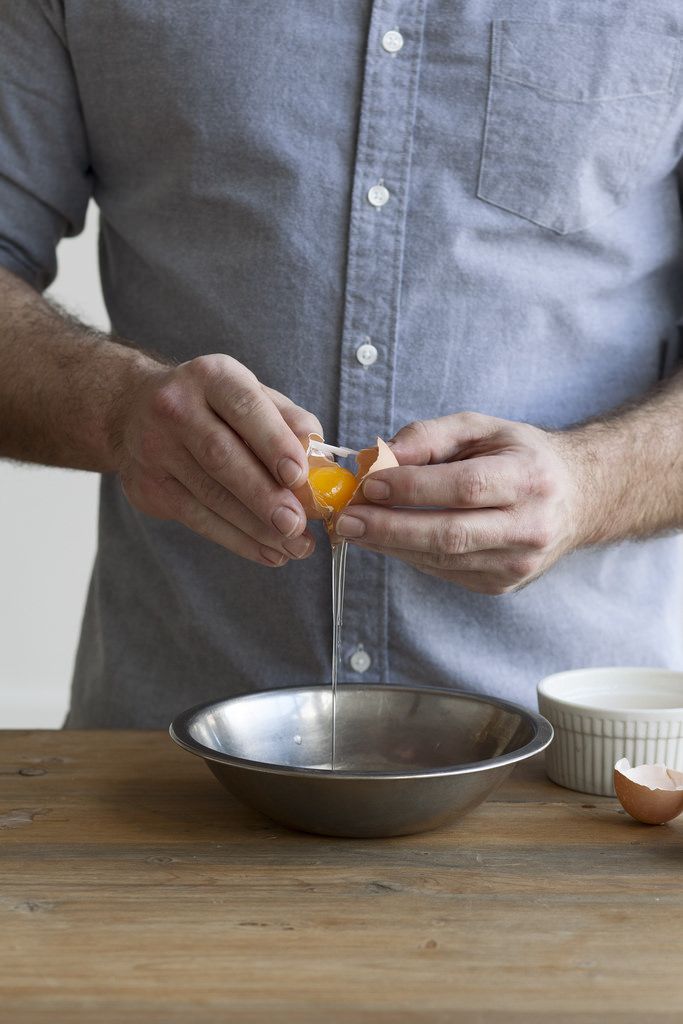 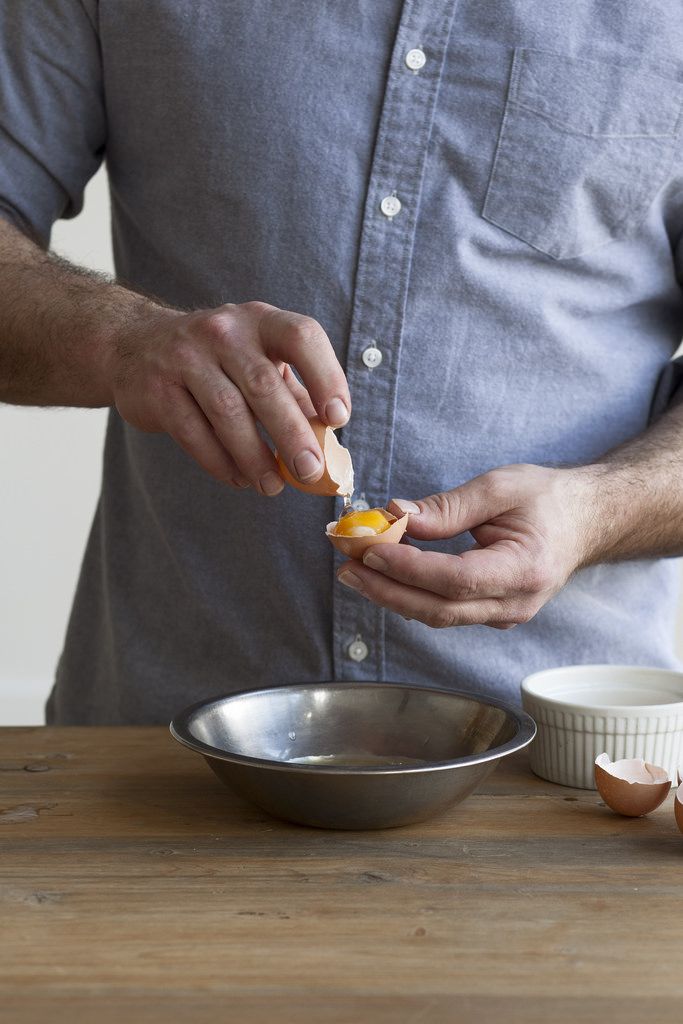 The dry shake also just allows more total time for you to shake the whites -- once you add ice, you’re limited as to how much shaking you can do because you can’t risk over-diluting the drink with melting ice. So shake first to get a good foam established, and then continue with ice, which will create even more agitation and foam.

More: If you don't feel like separating your eggs, use a whole egg -- and make a Negroni Flip.

Another way to jump-start a good foam is to pre-froth the whites using a small electric whipper, such as the Aerolatte. It's intended for whipping milk for espresso drinks, but perfect as an adjunct bar tool. Some bartenders will remove the spring from a spare Hawthorne strainer and toss it in the shaker with the drink for even greater whipping power, though I use Mr. Solomon’s dry shake with fantastic results. I also don’t have to deal with a steel spring covered in sticky egg-white cocktail when I’m done, so I’ve got that going for me. 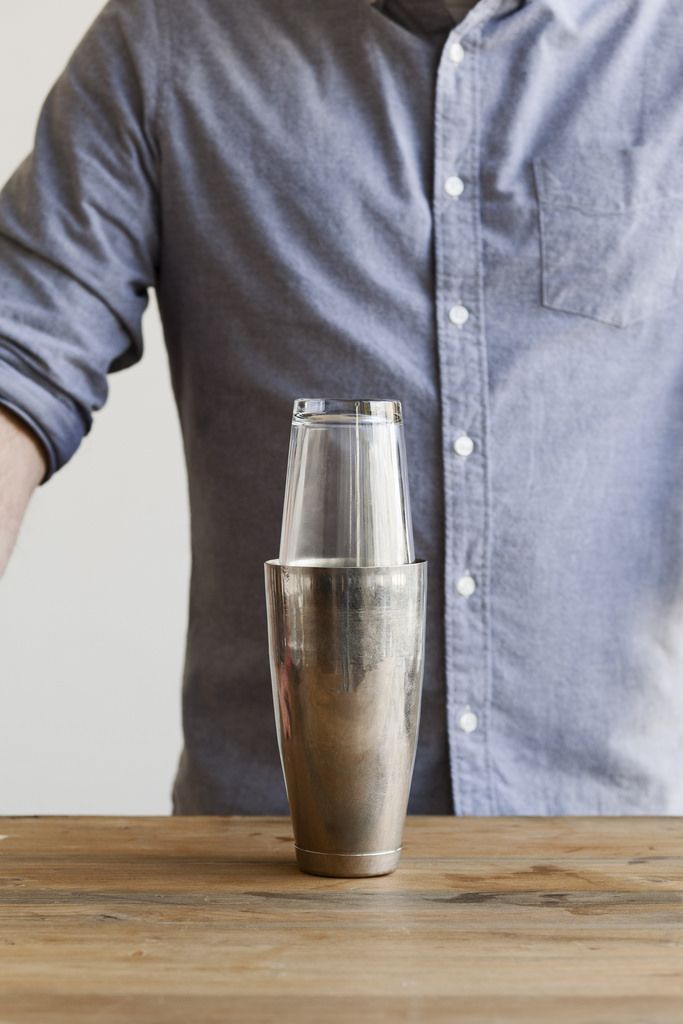 The original White Lady recipe in Harry Craddock’s Savoy Cocktail Book, published in 1930, doesn’t contain any egg whites. However, almost every recipe you’ll find after that inexplicably does. Maybe it’s because bartenders learned what I learned: While a White Lady made without egg white (a gin sidecar, essentially) is a great drink, one made with egg white is absolutely sublime. I’ve taken a few other liberties with this drink, but my favorite has to be the addition of the thyme-infused Cointreau.

For the thyme-infused Cointreau:

For the White Lady:

We're giving away a copy of The Bar Book every day this week! To enter to win today's copy, tell us in the comments: How do you like to use herbs in drinks? We'll pick five winners at random next Monday, July 21!

Photo by Alanna Hale. Excerpted from the book The Bar Book: Elements of Cocktail Technique by Jeffrey Morgenthaler. Reprinted with permission from Chronicle Books. All rights reserved.

Cheryl R. November 1, 2016
Gin with a few rosemary leaves and/or small sprig of thyme from my garden is a fragrant delight. A few drops tonic water and you have a simply delish drink!

Kathy November 30, 2014
I like to bruise then shake a fresh rosemary sprig in a martini, strain and garnish with a lime twist. Yum.

Steve F. July 21, 2014
Lemon balm and rosemary are my favorites (other than the customary mint). Infused simple syrups have been part of my mocktail repertoire as well.

Ariel B. July 18, 2014
The Mamani Gin & Tonic! Fresh cilantro and basil muddled with jalapeno, cucumber and gin. Strain over ice, add tonic, and garnish with cherry tomatoes. A garden highball - Credit Amy Stewart and her book "The Drunken Botanist"

Amber July 18, 2014
I like to add sage and lemon peel to a mediocre red--goes from blah to yum

AdeleK July 18, 2014
I LIKE TO INFUSE TEAS AND LEMONDE WITH HERBS SUCH AS ROSEMARY AND LAVENDER, LEMON BALM AND VERBENA ARE JUST A FEW

MathildaCooks July 18, 2014
I love to muddle fresh herbs in my gin and tonics! Mint and strawberry, rosemary and orange, thyme and lemon, the world is your oyster!

NicolePDX July 17, 2014
I use mint and rosemary most frequently. Looking to incorporate more tarragon this year as mine's going great guns this year!