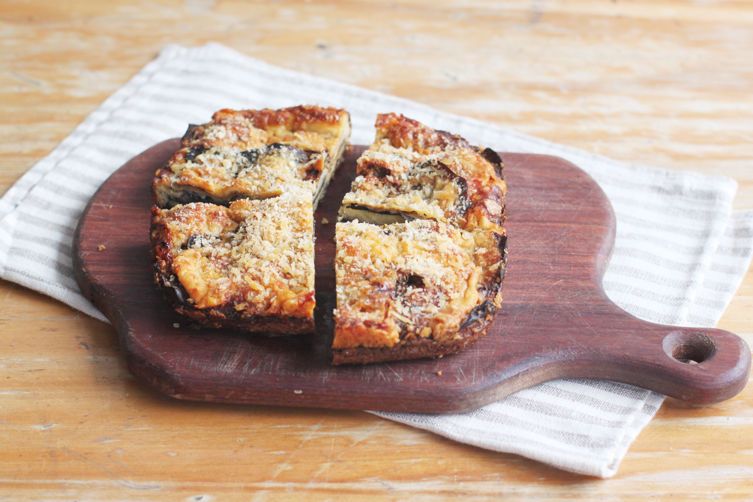 Eggplant Parmigiana is perhaps one of Italy's best-known exports -- and rightfully so. It's a satisfying, hearty vegetable dish made of deep-fried or grilled slices of eggplant layered with mozzarella, a simple tomato sauce, basil, and of course the recipe's namesake: Parmesan cheese.

More: Here's everything you need to know about how to prep eggplant.

There is much debate over whether Parmigiana originates in Sicily or Campagna, although some believe its name could also indicate that the dish comes from the northern province of Parma, where Parmesan cheese (Parmigiano-Reggiano) is made. It's a much-loved dish that several southern Italian regions would be happy to claim as their own -- even if Pecorino cheese is more typical of these regions than Parmesan. In any case, eggplants grow beautifully in southern Italy and thus appear in a variety of traditional dishes, like this baked pasta with eggplant. 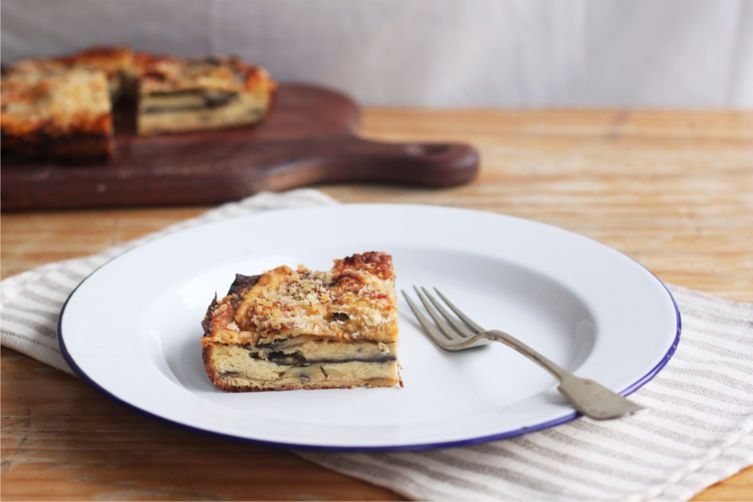 Parmigiana Bianca, or "White" Eggplant Parmesan, hails from Puglia, Italy's heel. The main difference between this recipe and its more famous counterpart is the lack of tomato sauce -- but there are as many variations on Parmigiana Bianca as there are households in Italy. Some cooks substitute the missing tomato sauce with bechamel, and some simply leave it out. In this version, a mixture of eggs and cheese enriches and holds the Parmigiana together, much like the southern French tianWhile fresh mozzarella cheese is the traditional and favorite cheese to use alongside Parmesan, you could replace it with provola or caciocavallo. In every adaptation, the result is a gentler, sweeter Parmigiana.

In all of its variations, Eggplant Parmigiana is usually served as an antipasto -- cut into small pieces and presented alongside a delicious platter of salumi, olives, marinated vegetables, fresh cheeses, and lovely deep-fried things -- or, more traditionally, as a contorno, a side dish that might arrive between the first (pasta) and second (main) course. Incidentally, it also makes for great, portable picnic fare. 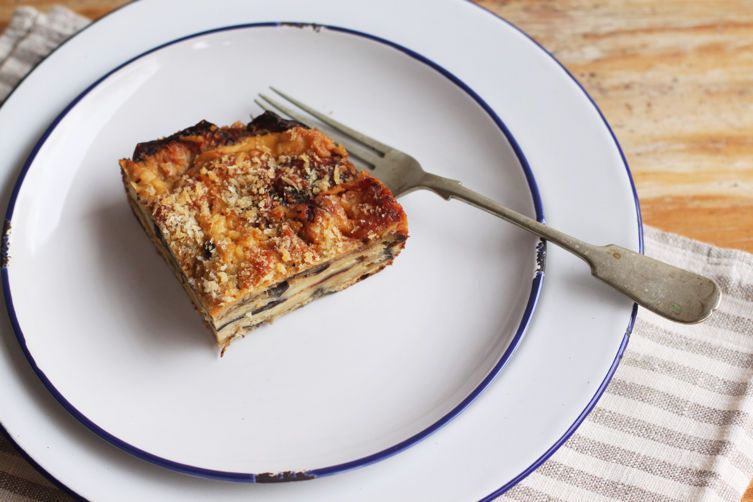 Serves 4 to 6 as part of an antipasto

Alisha July 8, 2016
This is one of my favorite recipes! Love it with extra Pecorino, sliced zucchini, and heirloom tomato layered in.

An I. August 13, 2014
This looks delicious, I love recipes without the tomatoes, this is a good one too, zucchini parmigiana http://anitalianinmykitchen.com/zucchini-parmigiano/
Author Comment

Alan D. August 12, 2014
check out this fusion-y version, with no tomatoes but white miso to intensify the flavor: http://alandivack.blogspot.com/2014/08/not-eggplant-parmesan.html