Today: Get to know the new Southern cooking, by taking a look at its heritage -- Sean Brock is here to guide us. 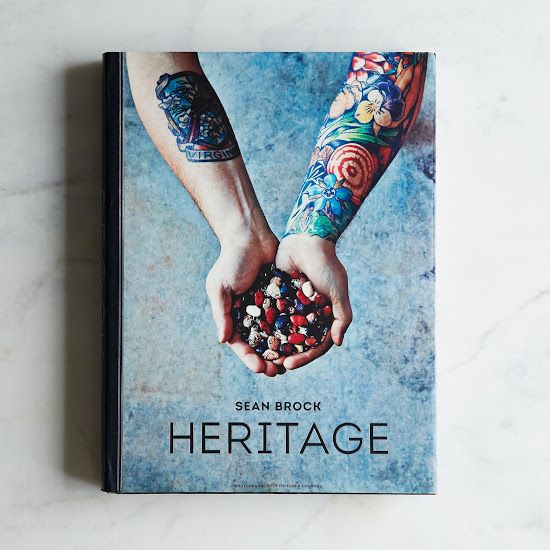 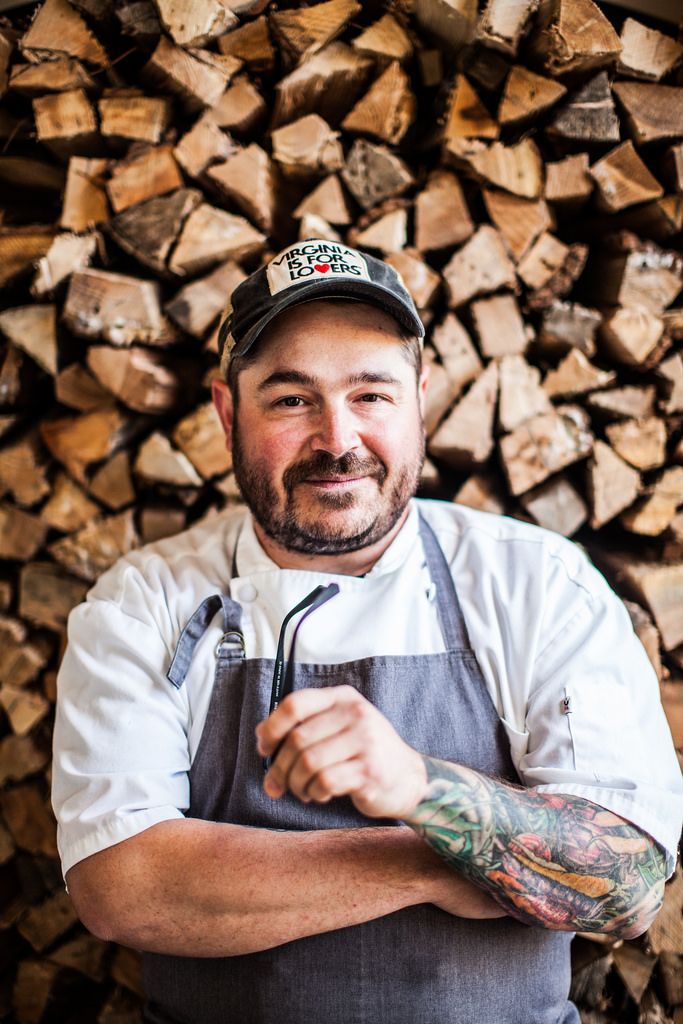 Leafing through the pages of Heritage feels like eating your way through a buzzy restaurant’s tasting menu. There are the grabby nuggets that draw you in, the vivid colors of strewn sauces and tweezered garnishes, the bits of genius that let you know you’re in good hands. You get the sense that you’re moseying through someone’s creative vision.

Which is not only apt, but also quite a feat given the breadth of Sean Brock’s work. Born and raised in Appalachia with restaurants in Charleston and, most recently, Nashville, he’s made his name on Southern food. To say he’s done it as a chef would be an understatement; more accurate is as an advocate, preservationist, enthusiast, and chef. But even that doesn’t cover it.

Like most passions, Brock’s sense of the South is hard to satisfactorily put on paper, but Heritage captures it stunningly. You see it in the big, moody photos, the odes and interludes to everything from cornmeal grits to Ossabaw pigs, the profiles of the farmers and producers who typify the South and its foodways for Brock. Of course, you see it in the recipes, lyrical and so richly evocative of a particular time and place that they read in a drawl. It embodies, as Brock described to me, “this Southern way of looking at things and respecting things…that eventually ends up as the same emotion on your plate. That’s what Southern food does -- it makes you feel a certain way.”

If today’s chefs yoke their food to a philosophy, then Brock’s is a kind of retroactivism, a look to the future with a stronghold on the past. His nostalgia for pre-industrial ingredients is a rhapsody we’ve heard before, but his is that of an oral historian. He hoards decades-old seeds and 19th-century cookbooks, mans his own plots of land to experiment with new crops, and works with producers to resurrect the South’s endangered species. His loyalty to the region is such that he calls for heirloom ingredients -- benne, Carolina Gold rice, Sea Island red peas, you get it -- not out of fussiness, but for the same reasons that we reach for heirloom tomatoes over supermarket varieties: He wants the stuff with flavor, care, a story.

More: Get Virginia Willis' tips on the perfect bowl of grits. 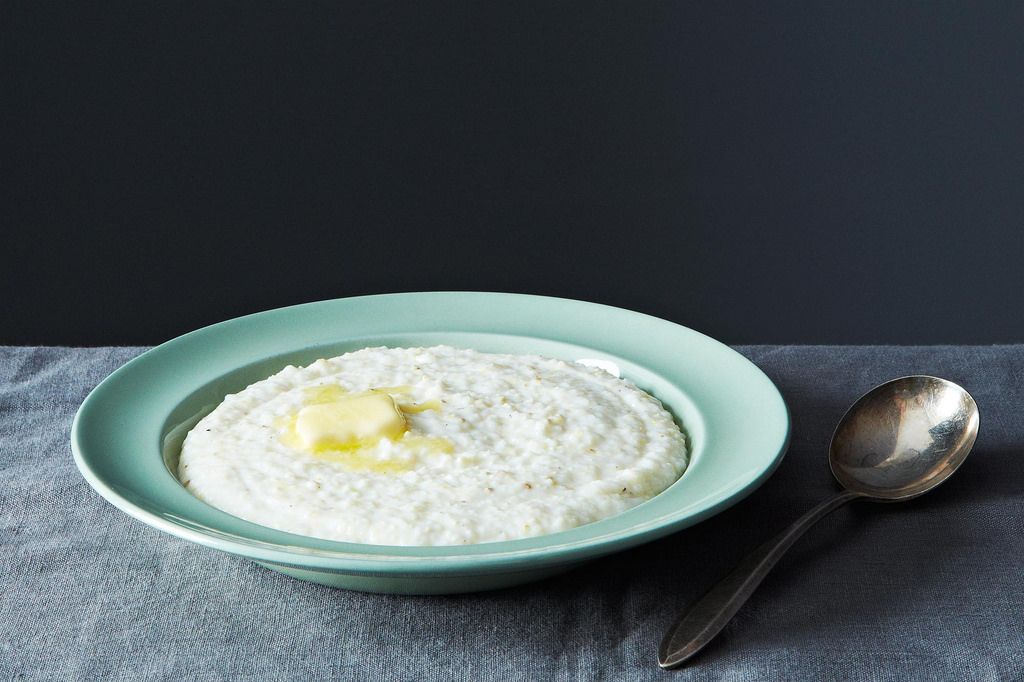 I asked him what his goal was for such an expansive book. “I wanted to create a unique product about the old traditions that people’ve never heard of. A lot of people don’t know what sorghum is or the history of okra. The book’s filled with stories and it’s meant as a way to raise awareness… Those moments of discovery will inspire you to take a different approach out of respect that couldn’t exist otherwise.” He practices what he preaches – many recipes were developed not only in restaurant kitchens but by roving through the region for interviews and research. The cornbread is Brock’s favorite recipe in the book, the product of a mission “to understand why cornbread existed, how it was made throughout the history of the American South, why those things happened and why it was made in specific ways in specific areas. I wanted to make one that was specific to me.”

Now, a love letter to the South is in many ways an easy thing to write -- the wispy Spanish moss and twisting oaks, the lolling accents and deep wraparound porches, the sweet tea and (duh) the food all ooze romance -- but it’s more ideologically fraught than, say, a love letter to Vermont. Many of the South’s most beloved culinary traditions are products of a past that can’t be romanticized, so the starry-eyed glossing-over of the ugliest bits of Southern heritage sometimes feels naïve, hard to swallow. A splashy, cheffy cookbook isn’t usually the place to address such complex issues, but in his capacity as an advocate-preservationist-enthusiast-chef, the unquestionably sincere Brock adds a valuable element to this larger conversation.

More: Pick up a signed copy of Heritage on Provisions.

It’s near-impossible to only cook from this book -- to flip to the index, pick out tonight’s supper, and have it on the table 30 minutes later. Some recipes call for nasturtium buds or young pokeweed (it only grows wild, and careful, the mature plant is toxic); these will make you shake your fists at the sky. Other parts verge dangerously on precious, rescued only by Brock’s meltingly earnest voice. And then you turn the page and are seized by a visceral compulsion to go swimming in a vat of grits, and there’s nobody better to teach you how to realize that dream. “A bowl of grits can tell the story of a region, a family, or a time period,” he says, and we believe him.

Heritage doesn’t fit neatly into any one cookbook category -- weeknight dinners, glossy coffee table tome, intellectual treatise -- but it nods to each. Some recipes will drive you into the kitchen: his revelatory Hoppin’ John, the smoky cornbread, pickled shrimp with cilantro and fennel, buttermilk pie with cornmeal crust. There are clever and resourceful techniques, like braising vegetables in their own juices to intensify flavor and curing egg yolks to use like Parmesan. Other recipes, like grilled lamb hearts with vadouvan and sweet potato leaves or stone crab cocktail with smoked mayonnaise (you have to smoke the oil first), you may prefer to ogle as an armchair cook. Like the best meals, Heritage makes you urgently inspired to cook at the same time that you’re happy just to consume what’s in front of you. 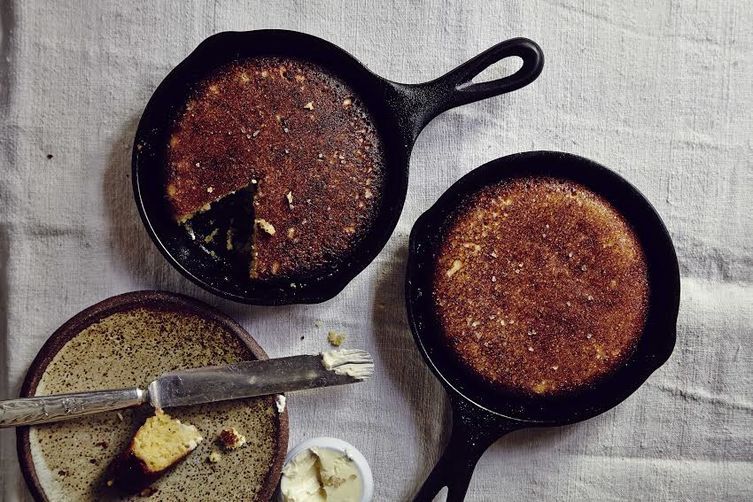 Makes one 9-inch round loaf

Cynthia C. November 25, 2014
“this Southern way of looking at things and respecting things…that eventually ends up as the same emotion on your plate. That’s what Southern food does -- it makes you feel a certain way.” I love this quote so much. Thank you for a lovely writeup on the food of my childhood!

dymnyno November 25, 2014
Sean is a great chef and his book is beautiful. I met him way back before he had tattoos!

Kenzi W. November 25, 2014
This is so beautifully written -- thank you Rémy!
Author Comment

Pamela December 1, 2014
I loved reading your article, Rémy! I can't wait to see you at Christmas and talk food. I had grits for breakfast, and I believe your mom is planning on having grillades and grits for Christmas. Cheers!
Author Comment