5 Tools French Home Bakers Have in Their Kitchens

In honor of the holidays and the Genius Recipes cookbook pre-sale, we're asking some of the geniuses in question about their favorite things.

Today: Dorie Greenspan -- cookbook author and expert on baking in the U.S. and France alike -- tells us how to stock our kitchens as French home bakers do.

When it comes to home baking, we Americans are complètement different from the French. Those of us who love baking will spend a weekend perfecting something fabulous: macarons; an Opera Cake; a croquembouche that echoes the grace of the Eiffel Tower. When the French want fabulous, they buy it!

What I learned living in Paris, traveling through France, and writing Baking Chez Moi, is that French people don’t bake ... at least they don’t bake anything fussy, finicky, tricky, or unreliable. When they bake, they bake the simple stuff.

And because they bake simply -- and because Paris kitchens are famously small -- they don’t use much in the way of machines or single-use gear.

Here are 5 things I’ve found in most of my French friends’ kitchens:

1. All-Purpose Measuring Cup. Just for the record, I think these cups are sketchy in the accuracy department. I’ve never taken a shine to them, but who am I to argue with tradition (and millions of French home bakers)? The cup measures everything! Depending on which measurements you look at, you can measure liquid or dry ingredients in grams or teaspoons or cups, or in ounces or milliliters. Moi? I prefer to use separate measures for liquid and dry and would never part with my scale, but when you’re short on space... 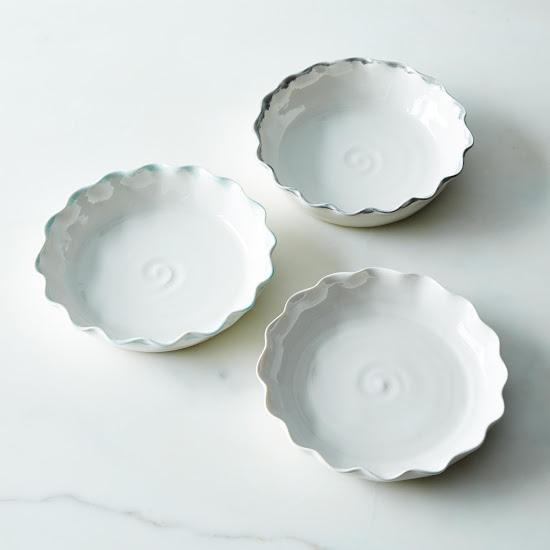 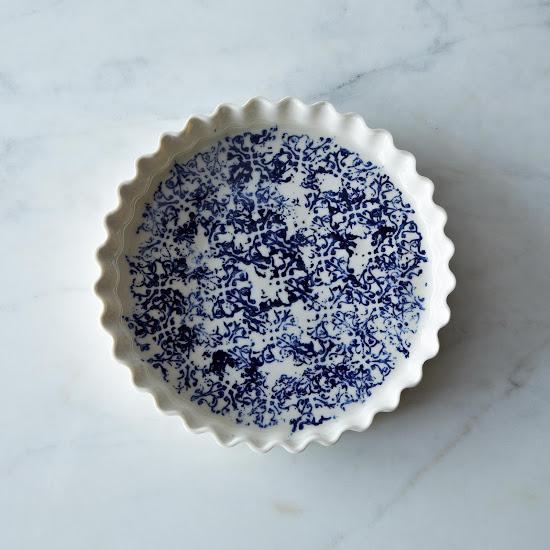 2. Quiche Pan. A porcelain or pottery pan with fluted sides. It’s meant, as its name declares, for quiches, but it works well for crisps, crumbles, and even hachis parmentier, French shepherd’s pie.

3. Tart Pan. A metal pan with fluted sides and a removable bottom. Of course you can make a quiche in a tart pan (in fact, I think you should -- you get a crisper crust), but the French are as precise about their batterie de cuisine as they are about their language. Using a proper tart pan ensures that everything you make in it will be beautiful even if, like just about everyone I know in France, you buy a rolled-out and ready-to-bake crust from the supermarket. 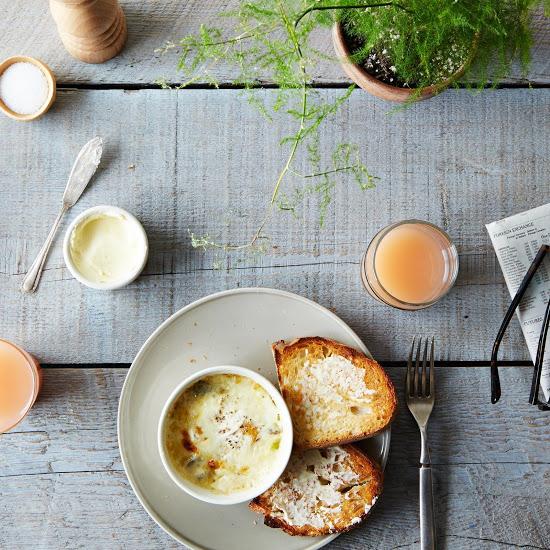 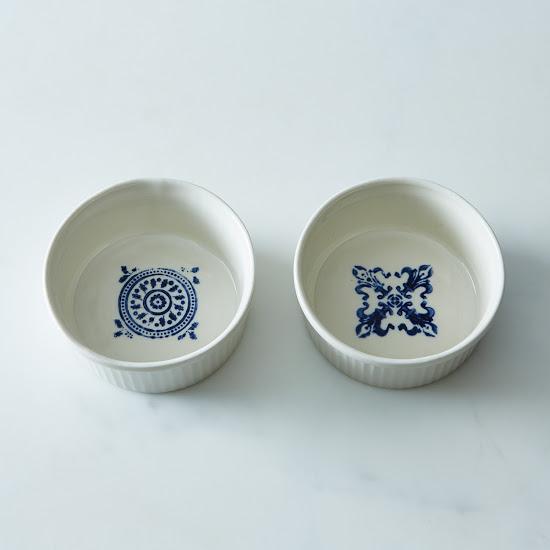 4. Ramekins. Whether they’re plain cups bought in the supermarket (the ones my mother used for Jell-O, the only dessert she ever made) or beautiful china ones, a French kitchen always has small, ovenproof cups for making pots-de-crème, crème caramel, or custard. And of course the ramekins do double duty for serving ice cream, mousse, or berries and cream.

5. Feather Pastry Brush. I love that these still exist and that they’re still being used. A feather brush -- usually a goose feather or two, its quill(s) bound with thread -- is kind of a fussy tool, but it’s beautiful and when it comes to glazing anything delicate, it’s better at the job than its sturdier sister, the bristle bush. The delicate job it’s used for most often in a French home is to apply a layer of warm jam over the top of a tart or a plain cake. A gloss of jam makes any sweet festive -- it’s another one of the little tricks the French have mastered for making the simple look chic.

doriegreenspan.com
With the publication her 14th book, Baking with Dorie, New York Times bestselling author Dorie Greenspan marks her thirtieth anniversary as a cookbook author. She has won five James Beard Awards for her cookbooks and journalism and was inducted into the Who’s Who of Food and Beverage in America. A columnist for the New York Times Magazine and the author of the xoxoDorie newsletter on Bulletin, Dorie was recently awarded an Order of Agricultural Merit from the French government for her outstanding writing on the foods of that country. She lives in New York City, Westbrook, Connecticut, and Paris. You can find Dorie on Instagram, Facebook, Bulletin and her website,

Anonymous June 11, 2017
Wow, my mom was first generation from Slovakia, born in 1917. After she passed, I made a shadow box of her kitchen tools. In it is a feather pastry brush made of goose feathers. I didn't know you could still get one, but I grew up using one myself! New is not always better! Thanks, Dori!

Sam W. February 5, 2015
My tart pan is one of my favourite kitchen tools, it has so many indispensable uses but I love it especially for tortes and shortbread. And now I am thinking that perhaps I should acquire a quiche pan!