How to Make Steak Tartare at Home

Every Friday, Cara Nicoletti of The Meat Hook helps us get to know our favorite cuts of meat a little bit better -- and introduces us to a few new ones, too. Read on, study up, then hightail it to your nearest butcher.

Today: And here you thought tartare was only something to be ordered in steakhouses. Cara shows us how to make our own, at home. 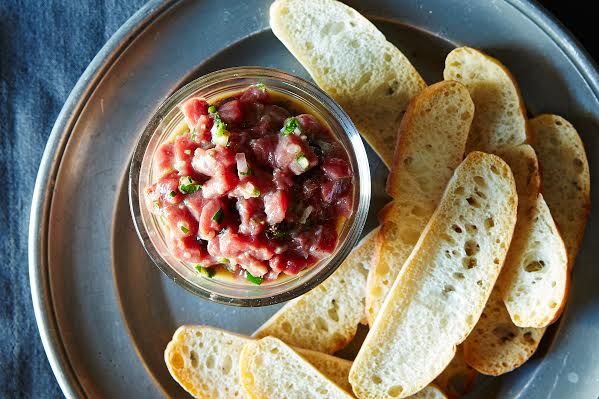 There are quite a few rumors about the origins of steak tartare, the most popular being that the recipe descended from the Mongols of Medieval times, who the Romans called “Tartars,” and who, because they were nomadic and had no refrigeration, ate all of their meat raw. The actual reason we call this dish of minced raw beef “tartare” is, unfortunately, much less interesting. Tartare was first written about in early 19th-century France, and it’s simply a shortening of “steak à la tartare” -- a.k.a. steak with tartar sauce. Originally, the dish was always served with tartare sauce -- which consisted of vinegar and hard-boiled eggs -- but over time, it’s taken on many forms. The egg and the vinegar have remained, as has the raw minced beef, but these days, steak tartare usually includes capers and onions as well. Sometimes you can even find Worcestershire sauce, mustard, pickles, or herbs added into the mix.

There are two schools of thought when it comes to steak tartare: One school dictates that the meat must be hand-chopped for presentation and tenderizing; the other says the meat should be ground so as not to heat up during the chopping. I’m partial to hand cutting, but the trick is that the meat has to be par-frozen first -- this way, the meat not only stays cold while you’re cutting, but is easier to chop cleanly. The added bonus? It doesn’t feel as much like eating a blob of raw hamburger as it does when you grind the beef. 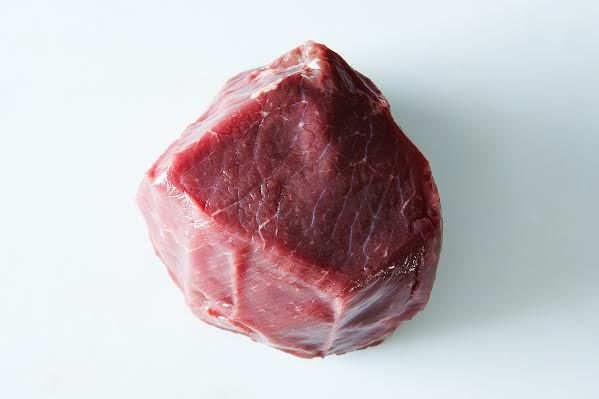 Because the raw beef is really the main event here, despite all the toppings, it’s best to use a cut that’s super flavorful. This means choosing a muscle that’s worked a little bit harder than something like filet mignon. You want the cut to be very lean and free of sinew and connective tissue, but it doesn’t necessarily have to be the most tender -- you’re going to mince or grind it anyway. My favorite cut for tartare is top round, which comes off the leg: It’s a lean and moderately tender cut that is super flavorful and easy to trim. (If you can't find good quality top round, look for top sirloin or eye of round.) I highly recommend using grass-fed beef, which will naturally be leaner and have a clean, delicious, minerally flavor that lends itself well to tartare.

Add all the toppings you want, mince it or grind it -- the one non-negotiable with steak tartare is this: You must buy good, fresh beef. I always tell you this, I know, but when you’re eating steak raw it is particularly important to buy it from a source you trust to only sell the freshest meat. My go-to recipe, below, fries the capers first for texture and adds a nice dose of anchovy paste, which makes the beef really sing. 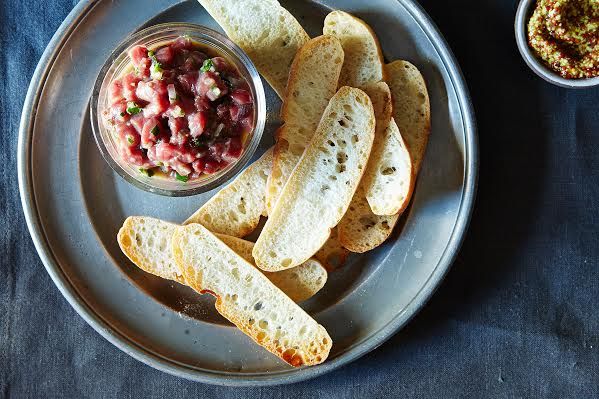 bonzi February 25, 2015
Meat should certainly *not* be ground. Hand chopping is passable technique, but it really it should be cut in strips from which bits or meat are teared off using a fork (if you don't have a special clawed glove). The point is to remove every smallest trace of connective tissue or blood vessel.

Elyse February 22, 2015
As a butcher myself I feel ashamed to admit that I have never endevourd to make this for myself at home. Great looking recipe, it will be making an appearance in my home very soon.