Labneh with Raspberry Coulis for Spring

We all harbor secret fantasies of moving away, starting a café, and feeding people. Every month, Sarah Kieffer from the Vanilla Bean Blog will be indulging us with stories and recipes from the Wolners, who own the Blue Heron Coffeehouse in Winona, Minnesota.

Today: Say goodbye to winter with a tangy homemade labneh, topped with a sweet wash of raspberry. 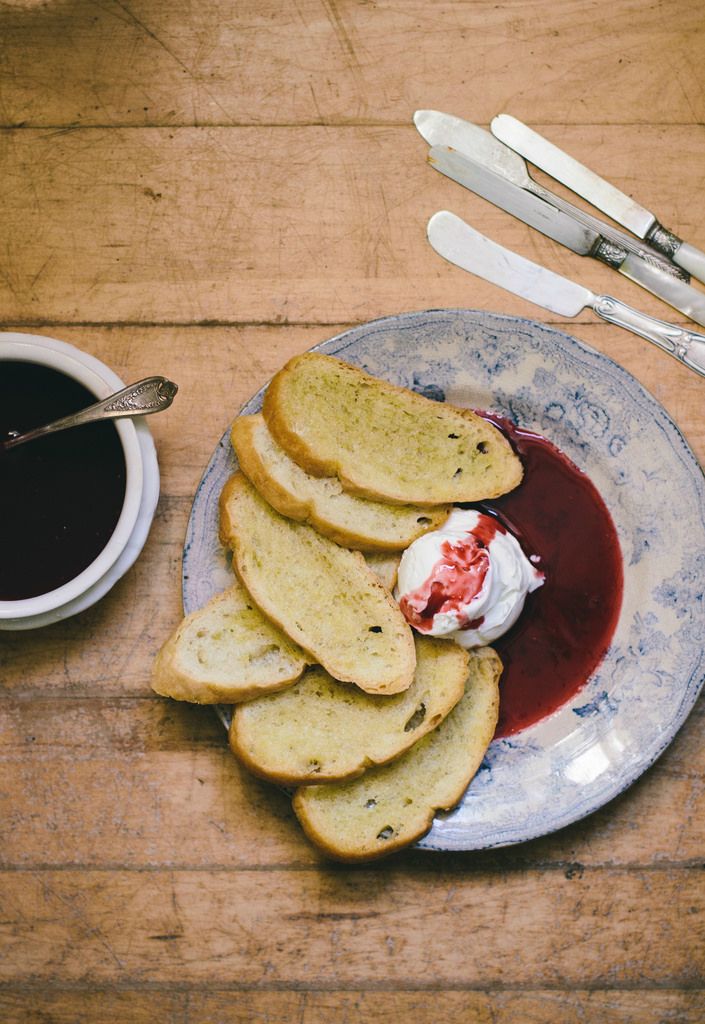 Spring in Winona is gorgeous. Ice slowly melts on the two lakes, hills and bluffs gradually turn from brown to bright green, and the town finally feels alive again as students from the university buzz on every sidewalk and corner. The Blue Heron Coffeehouse sees a steady line of traffic; iced coffee and crisp salads are highly sought after and outside tables are snatched up quickly. 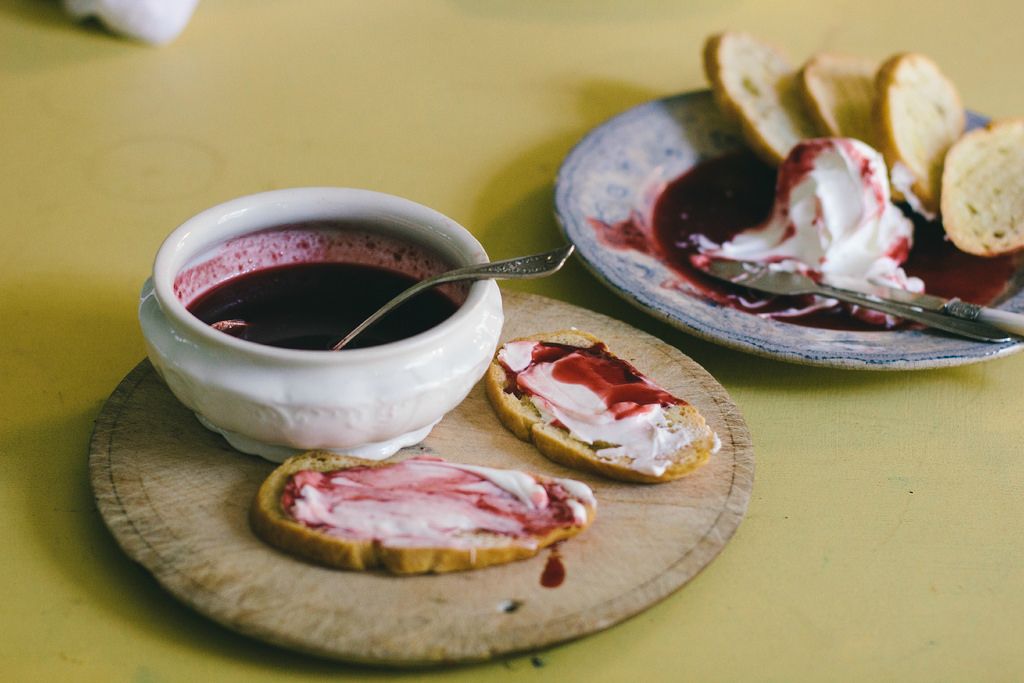 It’s only March, but some warm days have snuck in a little early here in Minnesota. We made it through a weekend without any coats, hats, and mittens. I’ve tried desperately hard not to get my hopes up, but it’s too late: I’ve given my heart to spring. There will probably be more snow. The temperatures will drop, along with my spirits. But this short window of warmth has brought visions of cold drinks under umbrellas, grills lined up on patios, and feet adorned with sandals. 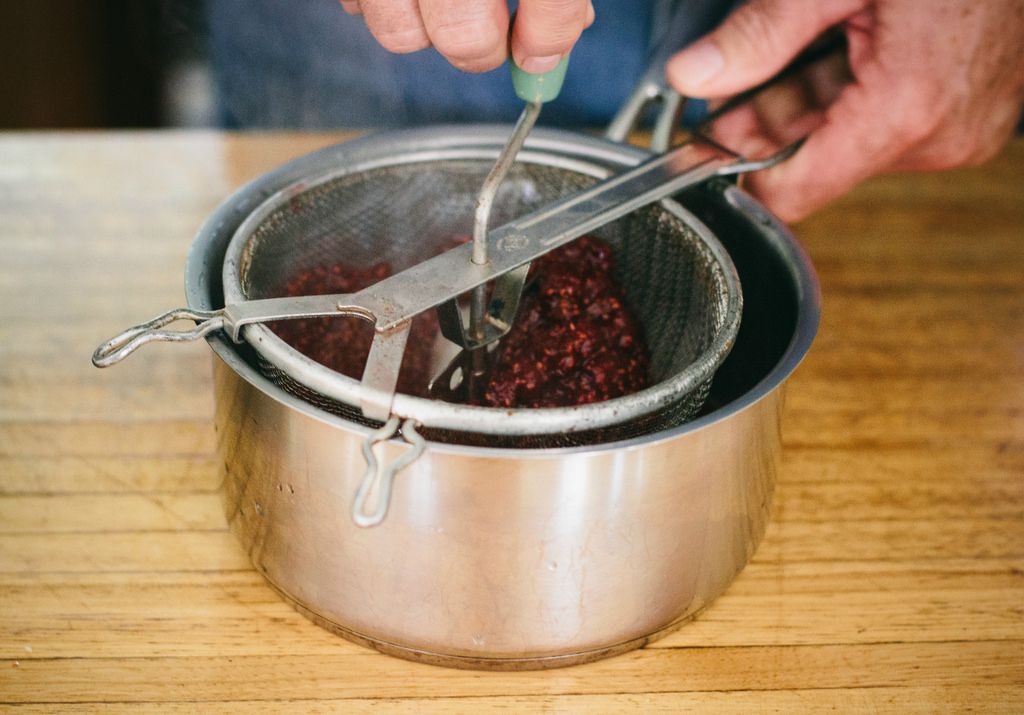 Larry and Colleen made this labneh with raspberry coulis, and it may be the perfect way to embrace winter’s departure. It’s a transitional dessert: The base is white and cool like a winter's day, but topped with cooked raspberries, it whispers "April, May, and June" to my still-frozen heart.

What is labneh? Labneh is a yogurt cheese; whole milk yogurt is strained for a least a day to remove the whey, resulting in a thick cake that is creamy and tangy. Spread on a baguette and topped with fruit, it’s delicious as an appetizer, or dessert. 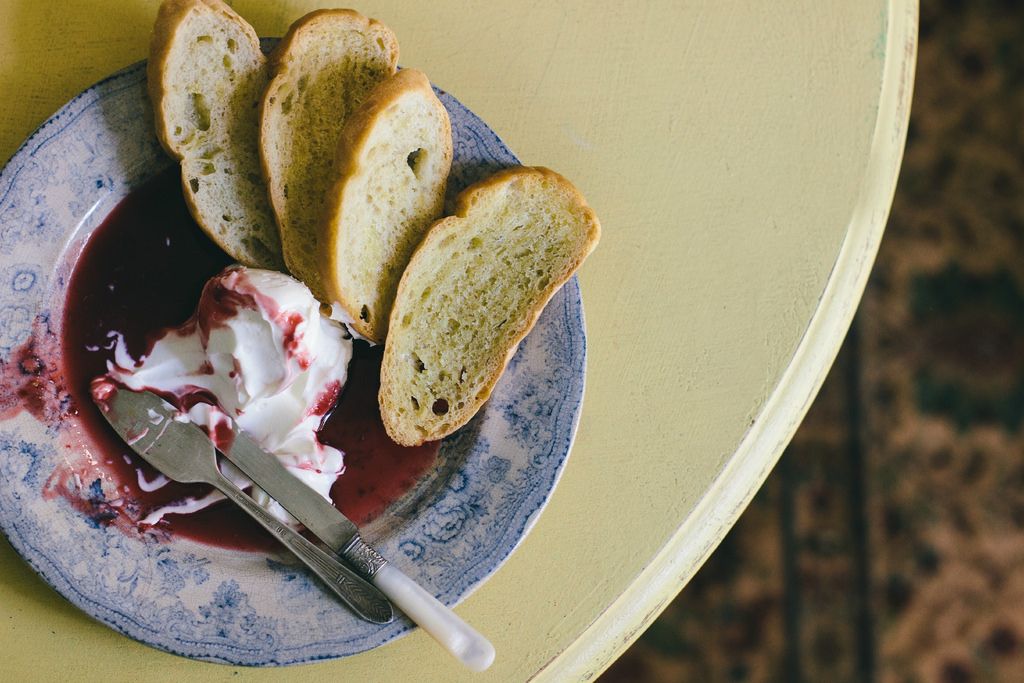 For the raspberry coulis:

Posie (. March 18, 2015
I used to sneak bites of my dad's cream cheese & jelly sandwiches when I was little -- these flavors totally take me back.