How to Build a Better Beer Float

Today: Stef Ferrari, purveyor of ice cream at Brooklyn's Hay Rosie Craft Ice Cream Co., let's us in on how to build a beer float, better. 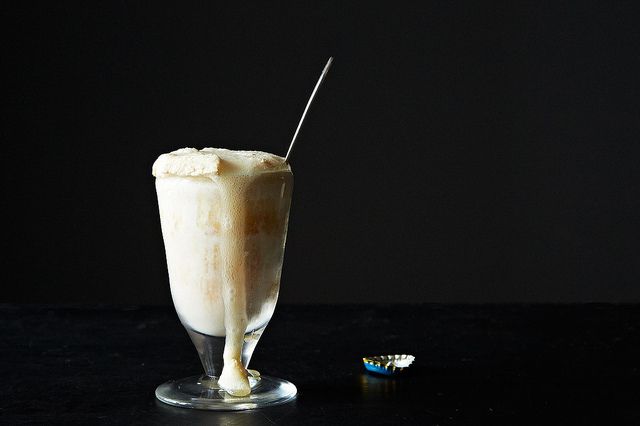 Beer’s natural composition—the carbonation, maltiness, hoppy bitterness—makes it the perfect complement to velvety ice cream. Beer accelerates the melting of the cool, sweet dessert just enough so that each bite is nearly perfect in mouthfeel and texture, while the bubbles cleanse the palate between spoonfuls.

When done well, the whole experience is extremely satisfying and is the kind of treat that makes being an adult basically the best ever—especially when you are a professional ice cream maker and Certified Cicerone, like myself. The vast range and individuality of craft beer styles and ice cream flavors makes constructing a beer float an art—and, unfortunately, that means a lot of unsatisfying ones. Rather than risk making something disappointing out of two ingredients with such huge potential, follow these 5 principles to build a great beer float:

1. Acknowledge the A.B.V. (alcohol by volume).
A major difference between classic soda floats and those made with beer is the presence of alcohol. When combined with other ingredients, the intensity of alcohol can easily be overwhelmingly bitter or hot: Pair a beer too strong with a companion that's too sweet, and you’re left with is a dessert that’s too harsh on the palate.

Once, during a beer evaluation I was involved in, a panel of judges unanimously agreed after sampling a chewy, viscous, and chocolatey imperial stout that it was begging to collect a generous scoop of vanilla ice cream. Upon tasting the anticipated combination, we were all left wincing.

Why? The stout’s high A.B.V. (about 12%), while pleasing alone, became ruthlessly bitter with added sweetness. Despite the fact that the beer had a flavor profile seemingly well-suited for dessert, it experienced a Jekyll and Hyde moment—a transformation from delicately balanced to damn near undrinkable. 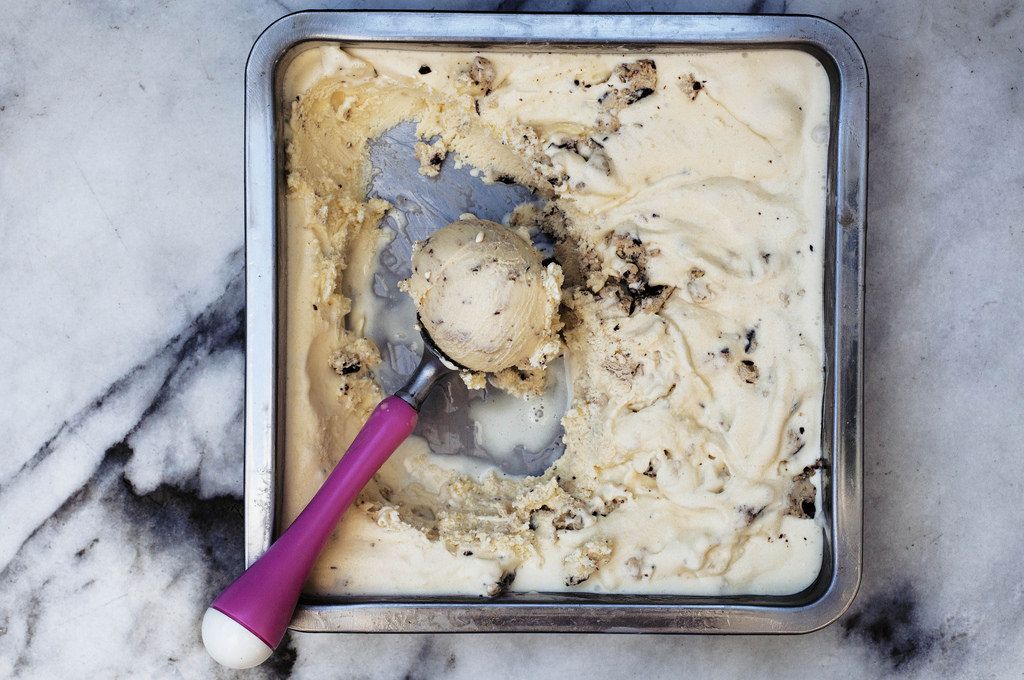 2. Be sensitive to sweetness.
In addition to respecting A.B.V., a good rule of thumb is to make sure the beer is as sweet or sweeter than the ice cream you are pairing it with (this mostly applies to beer that is really malty). When a beer is crafted, it is done so with a nod to balancing its components—among them alcohol, sweetness, and bitterness. That harmony is a delicate one, easily disrupted by a hyper-sugary ice cream.

3. Consider carbonation.
Different styles of beer can have wildly varying carbonation levels. Because of this difference, you’ll want to approach pouring beer into a float with a bit of delicacy. An imperial stout, for example, typically has a creamy mouthfeel composed of smaller bubbles, while Belgian beers like saisons or tripels have ebullient, active carbonation. 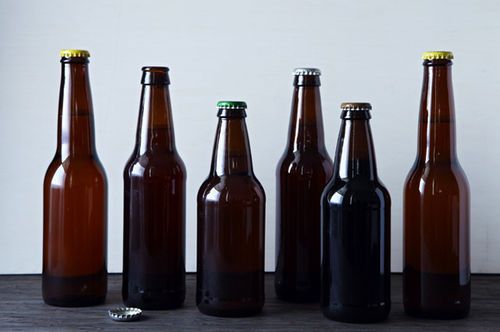 To fill an ice cream-full glass, tilt it and then slowly straighten it while you pour. The beer will settle in around the ice cream, allowing them to get acquainted before you top it off. Depending on the bottle and how many bubbles that are accumulating on the top, you may have to repeat the process a number of times—it helps build a sturdy structure of bubbles, an trait integral to a float’s composition. Regardless of style, there is always a bit of a booze volcano when beer meets ice cream. Pouring slowly helps minimize the mess.

4. Keep construction in mind.
Too often, I’ve been served a float with one sad scoop of ice cream languishing at the top of a tall glass, as if it knows it will likely evanesce before you even get a spoonful. The distribution is off. The ratio is all wrong. 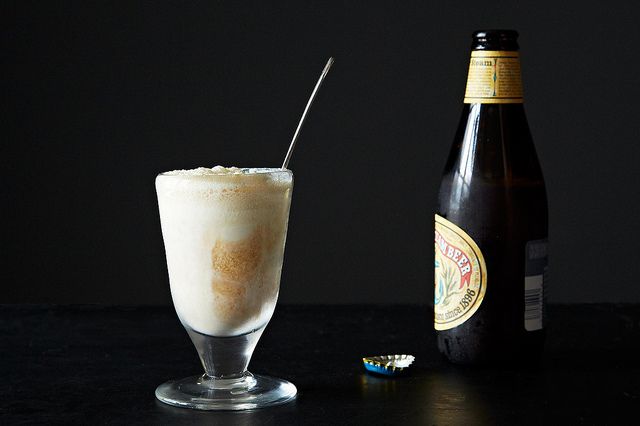 In this scenario, the consumption of beer and ice cream is almost entirely disparate: an ice cream scoop followed be a lot of milk-tinged liquid, or something that's more frappé than float. Improper construction miffs me—even with standard soda floats—so here are a few guidelines to follow:

More: Make your ice cream and drink it too: here's Stef's recipe for a Peppered Honey-Pear Ice Cream and farmhouse ale float. 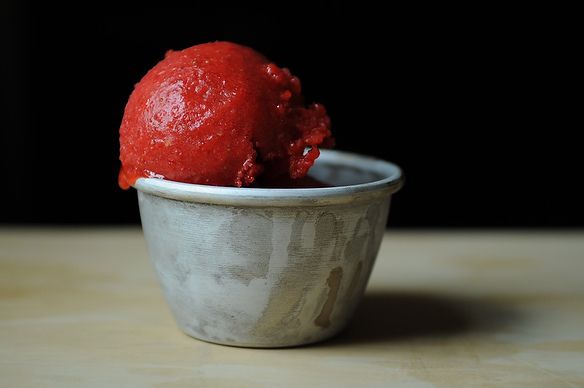 5. Don’t limit yourself—this is just the beginning.
Why favor one flavor? The spectrum of beer styles allows for tons of creativity. Here are just a few pairing ideas to get you started:

Third photograph by Phyllis Grant; all others by James Ransom