Winner of Your Best Recipe with Green Stuff

Congratulations to Kukla, whose Georgian Khachapuri Filled with Ramps, Green Onions, Herbs, and Cheese won the contest for Your Best Recipe with Green Stuff! 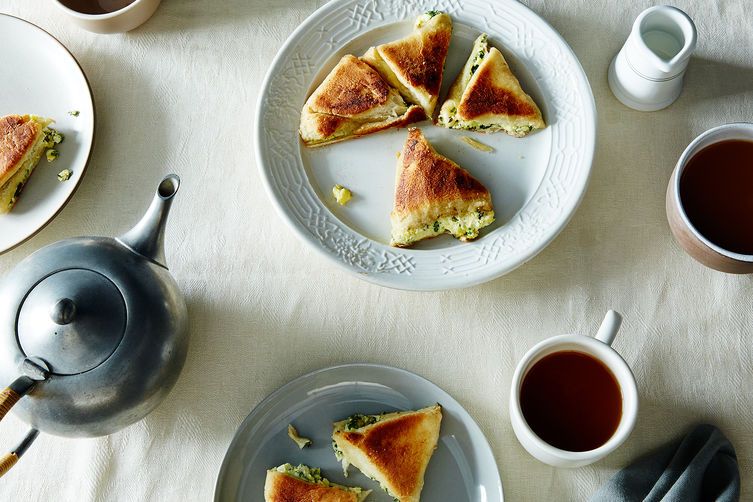 Describe an early food experience that has influenced the way you think about food and/or cooking.
I learned to cook and bake in between piano practices by watching and helping my mom and aunt; they were both amazing cooks and bakers and knew how to throw a party. We rarely sat down to lunch or dinner without a couple of friends or relatives joining us.

My mom and aunt never used cookbooks—all of their recipes were their own creations or recipes passed down from family and friends. My mom’s family lived in Bucharest for 18 years, so Romanian cuisine also was always an inspiration and a strong influence in their dishes. My mom was sometimes given very large, encyclopedia-sized cookbooks as presents, but I don’t remember her or my aunt ever opening them! For me, though, these Russian cookbooks from the 1950s are treasures. 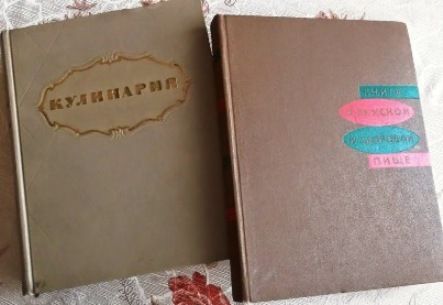 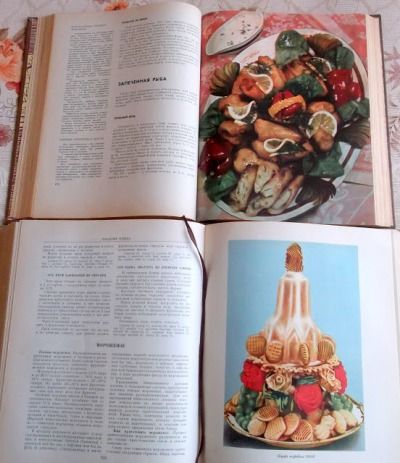 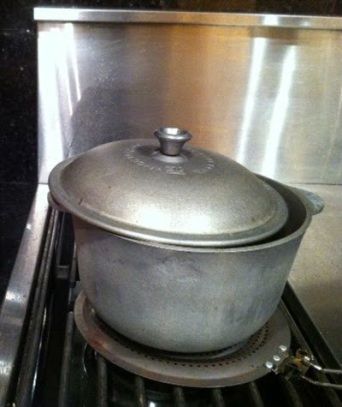 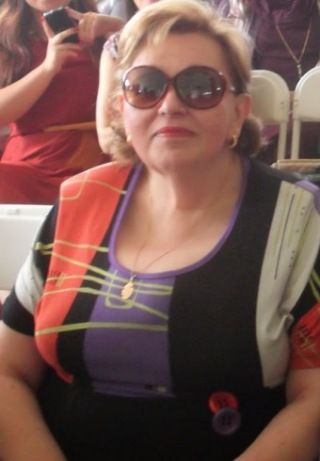 Your favorite kitchen tool?
My mom’s old-fashioned Dutch oven, originally bought in Moldova. I still love cooking in it! 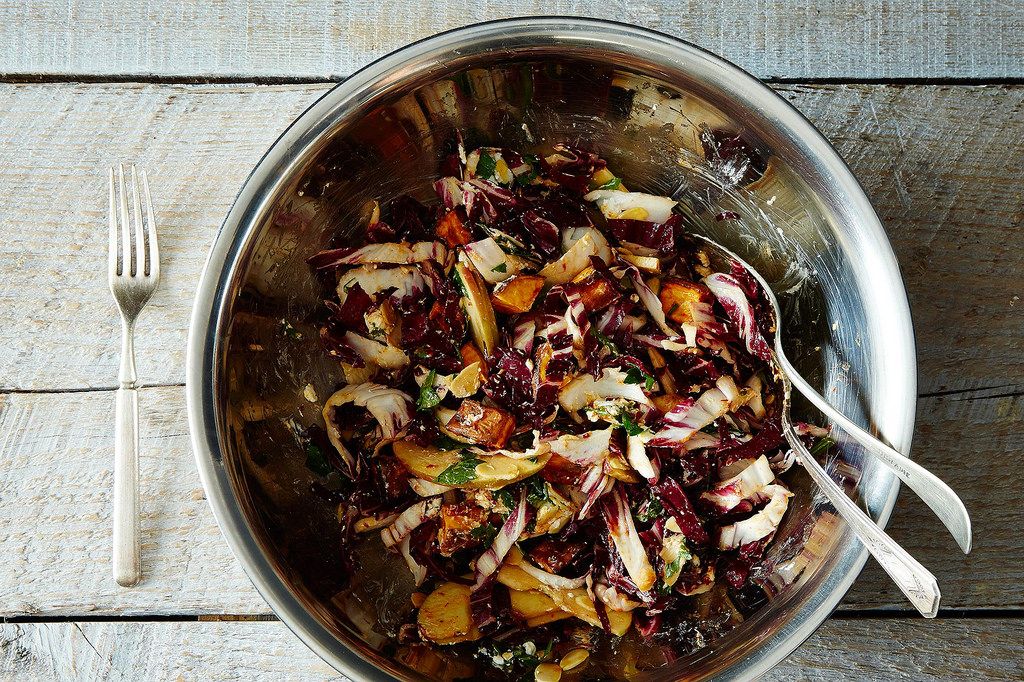 What is your idea of comfort food?
Salads with everything but the kitchen sink. I also love adding crunch and texture to my salads by crumbling some chips into them.

Photos of Kukla, Dutch oven, and cookbooks provided by Kukla; all others by James Ransom

Kukla May 14, 2015
Thanks a million Cynthia!!! I'll be very happy when you try this recipe and tell me your opinion.

Kukla May 14, 2015
Thank you all for your kind congratulations! Special thanks to the editors for choosing my recipe as a finalist, Mr. James Ransom for the beautiful photos and everybody who voted and congratulated me!!! You guys are the best!!!

healthierkitchen May 13, 2015
Congrats Kukla, these are really splendid, and your Mom's pot is a treasure!

Kukla May 13, 2015
Thanks a lot healthierkitchen!!! Yes you are right, this Dutch oven is a treasure for me.

gingerroot May 13, 2015
Congratulations, Kukla!! I have fond memories of eating Georgian Cheese Bread in college at a Friday cafe. I'm only realizing now that this is the same kind of bread plus herbs and ramps. I can't wait to try this. Loved reading your Q & A!

Kukla May 13, 2015
Thank you gingerroot; hope you make and like this recipe!

Bevi May 13, 2015
Congratulations Kukla! Your cooking heritage benefits so many home cooks. Well deserved and splendid photo of you!

Kukla May 13, 2015
Thank you so, so much dear Bevi!!! This photo is from last years my granddaughters graduation .

hardlikearmour May 13, 2015
Congratulations, Kukla! That Dutch oven is fantastic.

Kukla May 13, 2015
Thank you Sara! That Dutch oven reminds me of the times we cooked together with my dear Mom in her kitchen.

inpatskitchen May 13, 2015
Congratulations Kukla! Wonderful to see you here!

QueenSashy May 13, 2015
Kukla, this recipe is such a treasure, my wholehearted congratulations! I look forward to making it this weekend...

aargersi May 13, 2015
Congratulations! If it's a Kukla recipe it is bound to be good!

Kukla May 13, 2015
Thank you Abbie for the congratulations and your high opinion about my recipes!!!

AntoniaJames May 13, 2015
So, so true, Abbie. I'm thrilled that this recipe won. Congratulations, Kukla - and thank you for this wonderful Q&A, too!
Hugs,
AJ ;o)

Kukla May 13, 2015
Thank you so, so much AJ for your beautiful congratulations and I am also very glad you like my Q&A!!!