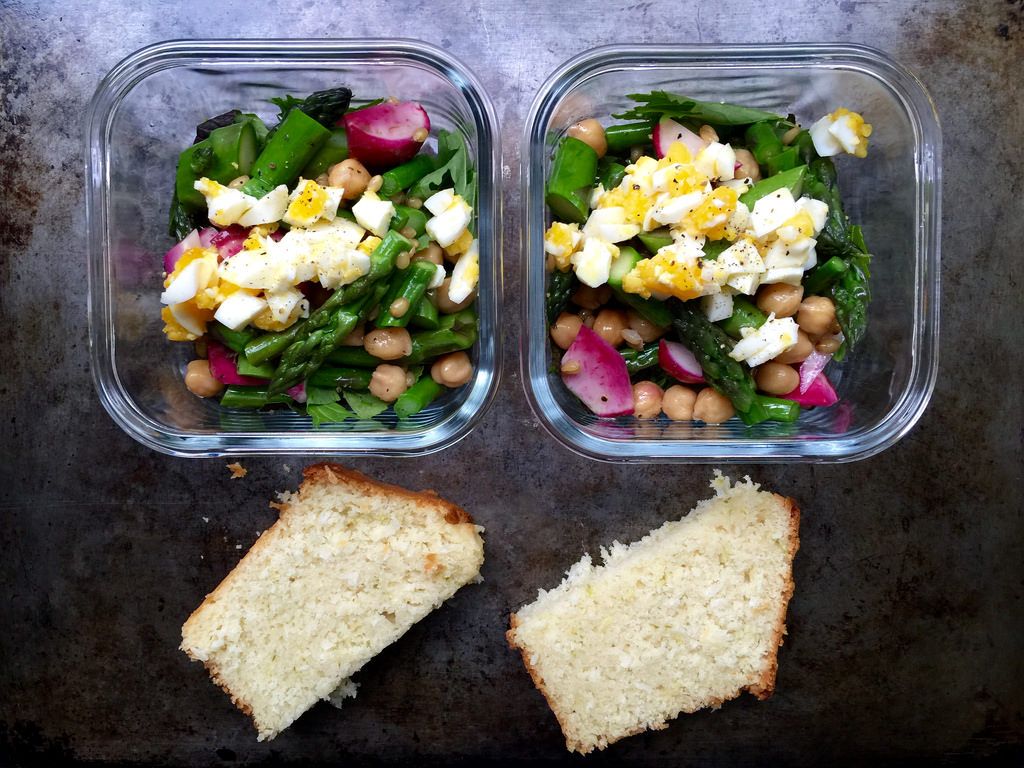 Level-headed cooks might have moved on from wheat berries by now, but no. I could not. I had to give them one more chance at bat (after last week's lunch and another earlier this month). This week, I trimmed back their participation even more and gave them equal standing with some chickpeas to form the base of a salad with fresh asparagus, turnip wedges, and mustard greens. I dressed the salad with olive oil, lemon juice, and coarsely ground pepper. This was a little too ascetic for my taste, and certainly my kids', so I sprinkled a chopped hard-boiled egg on top. I hadn't made a loaf cake in a while, and I was running behind on my cooking this past weekend, so I sought culinary refuge in this Coconut Quick Bread, which takes just minutes to assemble and makes a hearty dessert for the week—it's not too sweet, and if it doesn't make it into the lunch box, it also can be toasted and spread with lemon or lime curd for breakfast.

cupcakemuffin June 5, 2015
I made a lunch inspired by this salad this week -- changed a few things up based on what looked good in the store, but kept the basic concept and loved it! Makes for a great lunch.

jenniebgood May 29, 2015
Hi Amanda - I know you mentioned you weren't satisfied with your first batch of wheatberries (with the cashews and ramps), but it's my favorite of your wheatberry extravaganza. That week I happened to have some ramps that were getting bored and needed something to do, so I made a version of it. I loved it and the recipe was a huge hit with my family! Thanks for sharing your great lunch ideas. Lucky kids : )
Author Comment