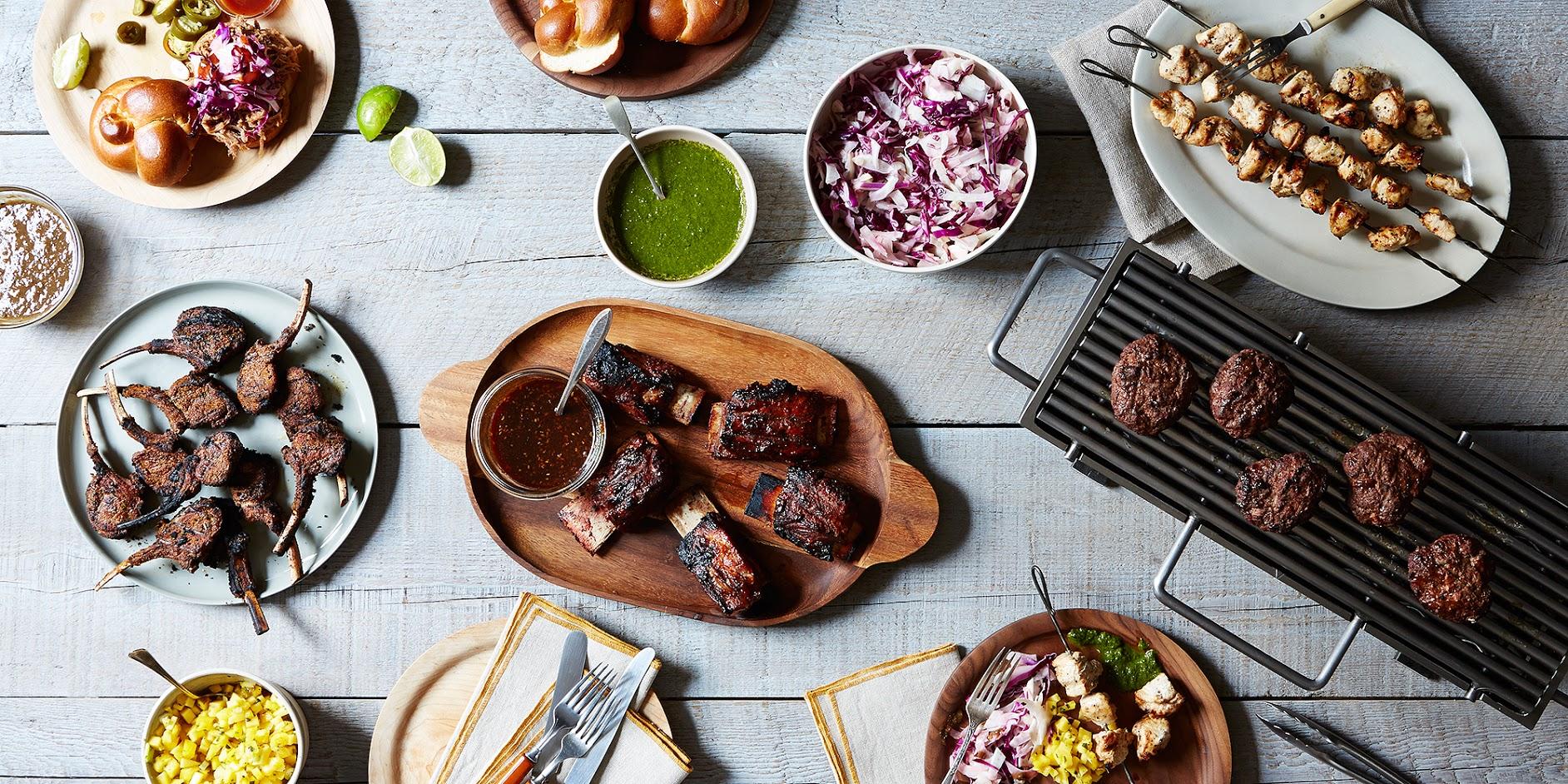 Joe Carroll didn’t grow up steeped in Southern barbecue culture, but he launched the Brooklyn barbecue joint Fette Sau in 2007 to great acclaim and went on to expand his empire and define Brooklyn barbecue. He just came out with Feeding the Fire.

Mike Mills and his daughter Amy are barbecue legends; they run 17th Street Barbecue restaurants in Illinois and Memphis Barbecue Championship restaurants in Las Vegas and wrote Peace, Love & Barbecue. Here, these old and new school titans of the barbecue world interview each other about barbecuing at home, regional quirks in technique, and their love for the smoke. 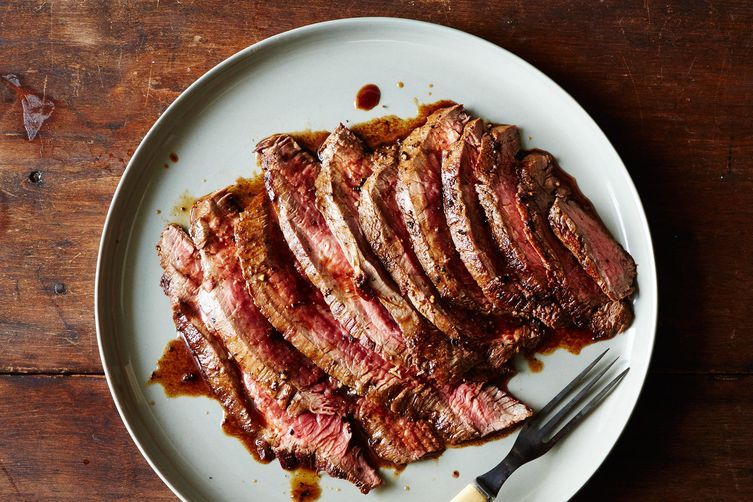 Mike & Amy Mills: Can you describe “Brooklyn barbecue?” How is it different from the barbecue in North Carolina, Texas, Southern Illinois, etc?

Joe Carroll: I would say the number one thing that differentiates Brooklyn barbecue (and for lack of a better term, urban barbecue) from what is served in the legendary barbecue capitals is the fact that we don't have any specific tradition beyond simply staying true to the authentic technique. We don't have any rules about what type of wood, what kind of animal, or which cuts of meat, so we’re allowed a certain freedom in our cooking. I also think barbecue should represent the place it's from; that's why beef is popular in Texas and pork in the Carolinas.

Mills: When you opened Fette Sau, you were one of the first barbecue restaurants in Brooklyn. Now there are dozens of barbecue outposts. How has barbecue in Brooklyn evolved over all these years?

Carroll: I believe the only barbecue place in Brooklyn prior to us opening was The Smoke Joint, but a lot more have come after us. Brooklyn is a hotbed of barbecue right now. I guess what I'm most proud of is creating a new approach to using cuts rarely, if ever, found in barbecue—such as pork belly, flank steak, and beef cheeks—and making sure all of them come from heritage breed animals that were naturally raised by small farms. 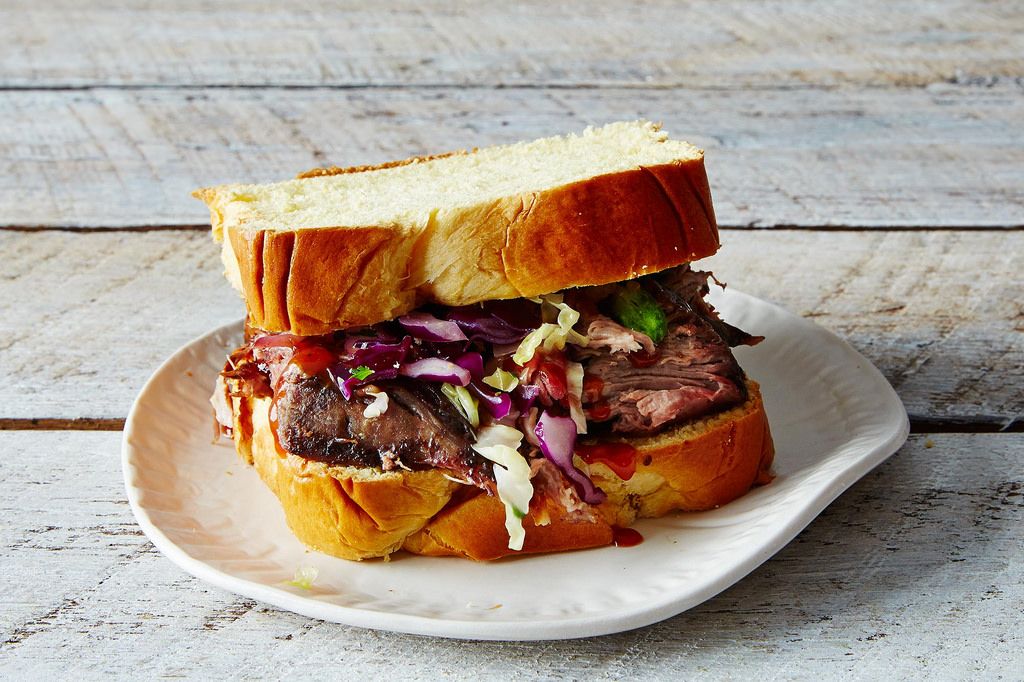 Mills: Brooklyn and Manhattan are known for small/confined spaces. Any tips and words of advice to impart to those home cooks working in small kitchens who are looking to recreate distinctive barbecue flavors?

Caroll: I actually think barbecue restaurants work well in New York City because you don't need a big kitchen to make real barbecue. Our kitchen has a smoker, one electric burner, and a combi-oven—that's it. Smoking in your apartment or house, however, is a different story. Trying to recreate traditional barbecue indoors is not an easy task. There are a lot of hazards and issues with smoking indoors; a smoke ring is great on your brisket but not on your couch. If you’re using the stovetop, I say stick to small or individual cuts of meat, and smoke in something small like hotel pans or a wok with nothing bigger than wood chips (or you can even use clean saw dust, herb twigs, tea leaves, and spices). 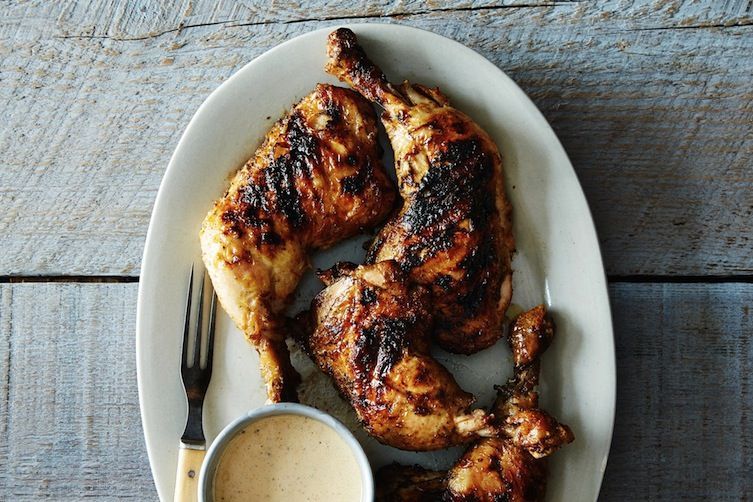 Mills: What would you make for a barbecue meal at home?

Carroll: I mostly barbecue small things that you don't need to cook for very long, such as chicken, chops, sausages, and things that are already precooked like Pork Roll and hot dogs.

Carroll: What is your earliest memory of eating barbecue?

Mike: My earliest memory is waking up to the smell of smoke and watching Daddy at the barbecue in the back yard. I’ve never known a time when I didn’t eat barbecue.

Amy: I grew up with barbecue. When I moved to Dallas after college, I ate all kinds of barbecue and none of it tasted very good to me. Much later, I realized that what I was really looking for was something that reminded me of home. That was the first time I realized that not all barbecue is created equal. 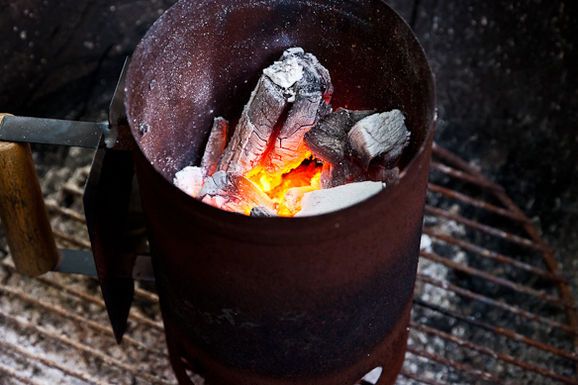 Carroll: Who taught you how to barbecue and how long was it before you felt confident in your abilities?

Mike:  I learned at the knee of my dad and I really never thought about being confident. I just knew how to do it.

Amy: And I learned at the knee of my daddy. I’m confident in my abilities, but I’m definitely still learning and trying to absorb all of his wisdom. There’s no one right way to barbecue and I’m constantly working with and learning from other barbecuers, too.

Carroll: Having done competition, restaurant, and home barbecuing—and all with great success—what are the biggest differences between the three?

Mike: Competition barbecue is a game and the flavor profiles have changed dramatically. The mindset is totally different and you’re looking for a burst of flavor that will capture a judge’s attention. In the restaurant, we’re cooking large quantities of barbecue and we’re trying to maintain high-quality, delicious, and consistent barbecue. Consistency is the challenge, because repeat guests expect things to be same. Home barbecuing is the opportunity to kick back, experiment with flavors, and cook for my family. Our family is constantly gathering around the fire—whether it’s at home, on the circuit, or in the restaurant. 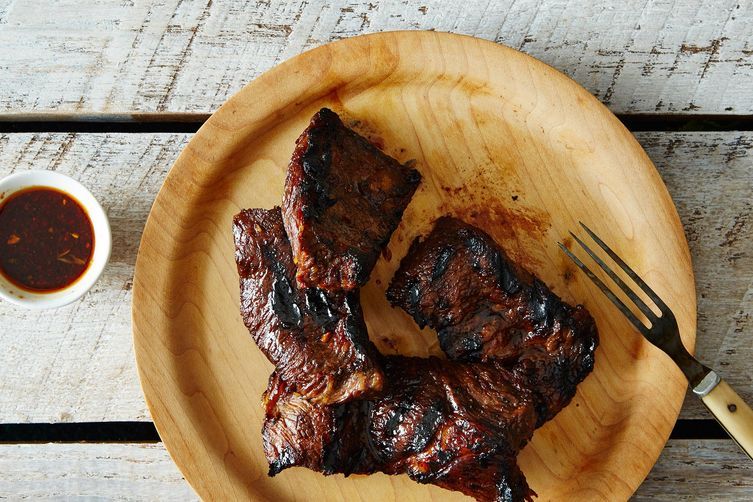 Carroll: Do you have a regional preference or do you love all kinds of barbecue?

Mike: I love it all and I really love eating traditional barbecue in its region—like eating beef ribs at Louie Mueller in Texas or a whole hog sandwich at Skylight Inn in Ayden, North Carolina. Tasting what that particular area calls barbecue is special.

Amy: We’re fortunate to travel constantly and we eat barbecue everywhere we go. The best bite I’ll ever eat is one cooked by my daddy, but I appreciate and enjoy all the regional styles. The best part of barbecue is, of course, eating with your friends and family. When we’re traveling and visiting people we consider our barbecue family, that heightens the experience and makes it taste even better. 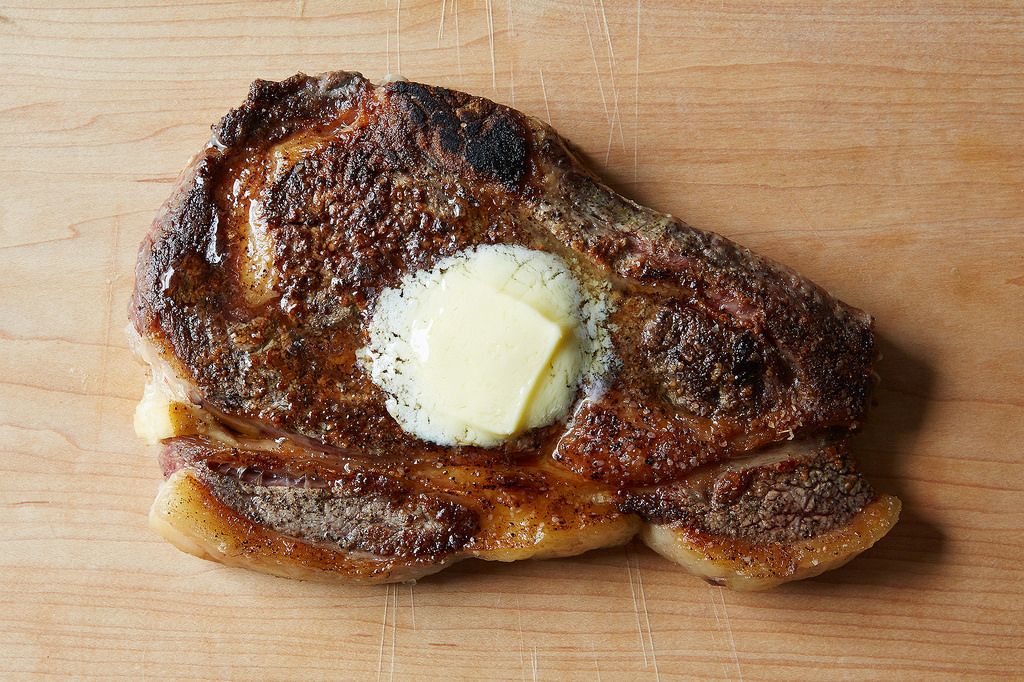 Carroll: Many people don’t generally talk about Illinois as being a big barbecue state, even though it borders St. Louis and Kentucky and is just a short drive from Tennessee and Arkansas. Do you ever feel that Illinois gets overlooked, or did you ever feel like an outsider in the world of barbecue when you were starting out?

Mike: I’ve never felt like an outsider, but when we won Memphis in May 1990 on our first time out, and with a perfect score, the lede of the article in the Memphis Commercial Appeal read, “What’s the world coming to when a bunch of Yankees beat you at your own game in your own backyard?” Most people don’t realize that Illinois is such a long state. Murphysboro is actually farther south than Louisville, Kentucky, or Richmond, Virginia. We’re close to the Mississippi River and the beginning of the Delta.

Amy: We have a long and rich tradition of barbecue in Murphysboro. There’s actually pending legislation to name it the “Barbecue Capitol of Illinois” and it’s earned that title. We feel pretty lucky and blessed with the amount of national press and number of people who travel from all over the world to eat with us.