Too Many Cooks: Our Favorite Food Songs

Today: With the Tony's fast approaching we couldn't help but wonder what food-centric songs the Food52 team listens to—Broadway or not.

Heads-up: Some of the songs that we link to below have explicit lyrics. 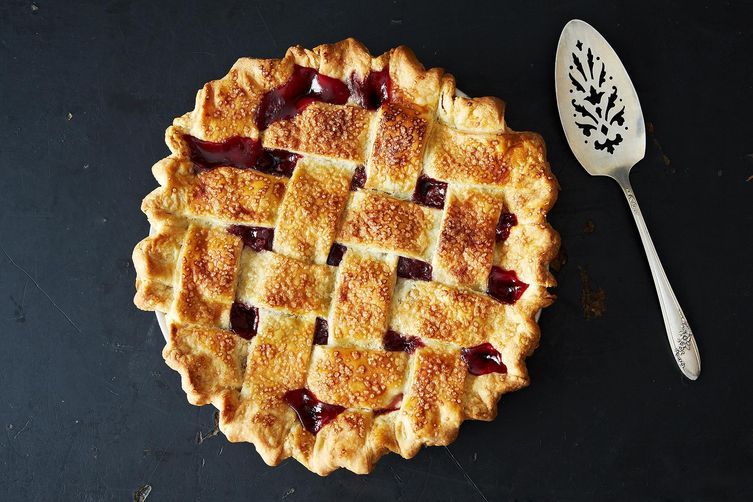 It wouldn't be a food song round up without a little shout out to Warrant's "Cherry Pie."

We are all familiar with that sneaky song that weasels its way into our head, then slowly leaks out through incessant humming, choruses belted from behind the steering wheel, and off-key, in-the-shower finales. The worst part (or the best, depending on which camp you’re in) is that you never know when one of these endlessly-looping songs will strike. It doesn’t matter if the tunes are the showy sort of Broadway ballads that carry you back to your days of youth theater or rhyming numbers so naughty you feel a little inappropriate humming at work—they are all special.

With the Tony Awards airing on June 7th (party menu forthcoming), we wanted to post an ode to the magic of musical theater: the songs that exist to take you to the next level of emotion, the ballads that were written to express feeling so deep words just won’t do, and the scores so full of passion you’ll never look at pineapples the same way again. Well, that is until you see a baby pineapple.

But, if you're like us, music can’t be contained to one single genre. Our love of food tunes reaches from nursery rhymes to uncensored beats and every melody in between, which is why we asked the team at Food52:

Which food songs are staples in your musical diet. Bonus points for Broadway ballads and Tony-worthy tunes.

Are you a music lover? A devoted watcher of the Tony’s? Do you have a song you wrote about your mom’s tuna casserole? Share with us in the comments below! 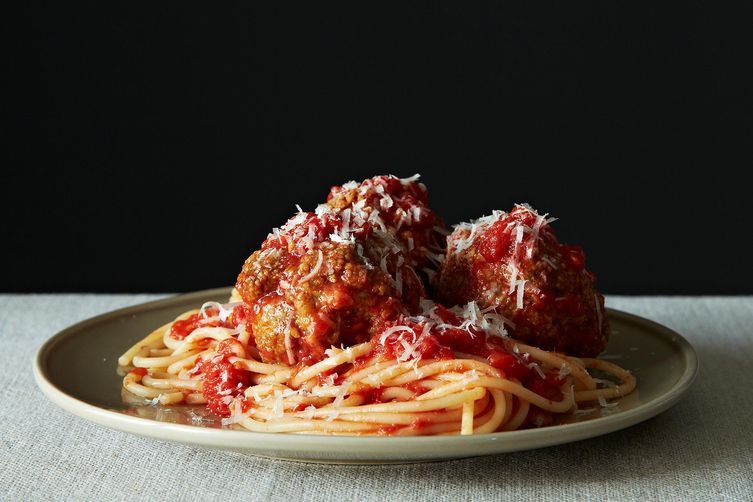 Sarah: My favorite food song is "On Top of Spaghetti." I just can't help but imagine that poor meatball on its journey out the door. It must get so dirty, rolling all over the floor. Also, the idea that a sneeze could have been forceful enough to knock a meatball off of a plate will never cease to amaze me.

Kristen: "Hot Lunch" from Fame! Sample lyrics: "Macaroni and baloney, tunafish, your favorite dish. HOT LUNCH." "If it's blue, it could be stew. HOT LUNCH."

Kristen: Ryan, that was my runner-up—great choice. 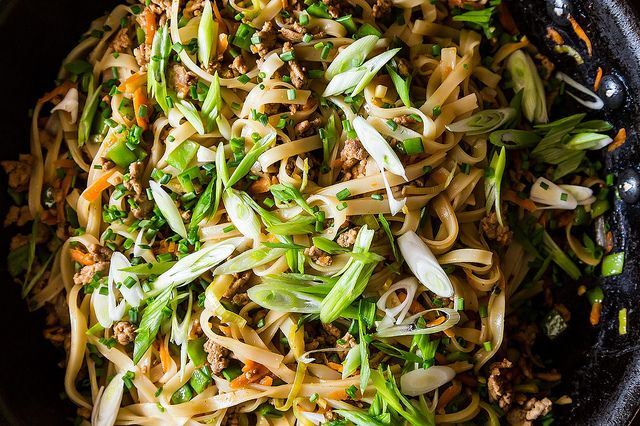 Jeremy: “Werewolves of London” by Warren Zevon popped into my head immediately. I'm not sure what it says about me, but who can beat this opening?

I saw a werewolf with a Chinese menu in his hand
Walkin' through the streets of Soho in the rain
He was lookin' for the place called Lee Ho Fooks
Gonna get a big dish of beef chow mein.

Ali: The first that comes to mind, embarrassingly, is Banana Pancakes by Jack Johnson. And then, rap:

More: In related news, let us not forget 2 Chainz's cookbook.

Michael: I once started a playlist of food- and drink-related rap songs that I like. 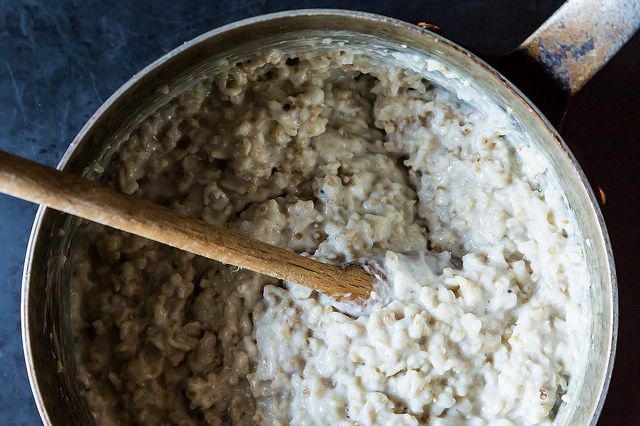 Leslie: Since I want all of the Broadway musical bonus points and am finally ready to come forward publicly with my love of musical theater (after keeping it suppressed for years), here's the short list:

Hannah P: Leslie, I’m sorry to say but we are going to have to split those Broadway bonus points because my love of musicals is no secret. "Feed Me" from Little Shop of Horrors should be everyone’s pre-dinner anthem ("Suppertime" from Charlie Brown is a solid runner-up). And, while it's not as much about cooking as the title would suggest, "I Can Cook Too" from On the Town deserves attention. Not to mention the obvious: "A Real Nice Clambake" from Carousel and the slighly (very?) related "The Last Supper" from Jesus Christ Superstar.

My non-musical favorites: This strange and hypnotic beat about sandwiches and this ode to drinking wine from coffee cups. 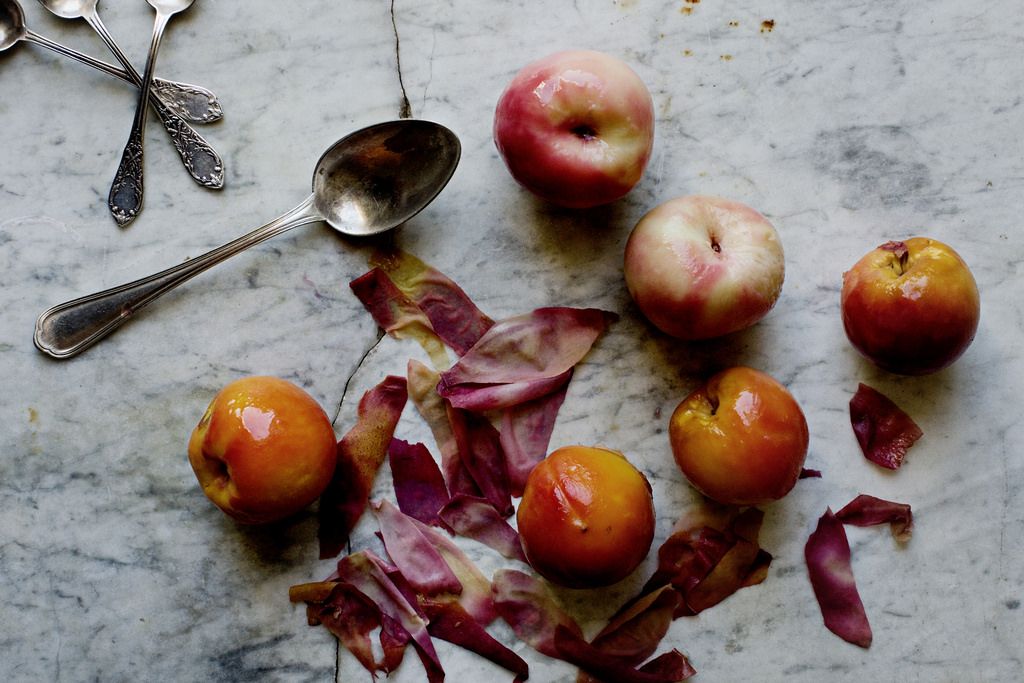 Samantha: "Peaches" by The Presidents of the United States of America because I am truly a child of the '90s. And it's almost peach season.

Heather: "Coconut" by Harry Nilsson. Whenever I catch the movie Practical Magic on T.V., I sit and watch until this part comes on and then regret it a week later when the song is still in my head.

Jane W: Jumping on the ingredient bandwagon, "Killer Tofu" by The Beets. I realize this is a song for children, but it's actually so legit. My cartoon self would totally go to a Beets show.

Lauren L: "Ice Cream" by Sarah McLachlan—this song came out while I was a student counselor and we'd sing-scream it during canoe trips in Northern Ontario. 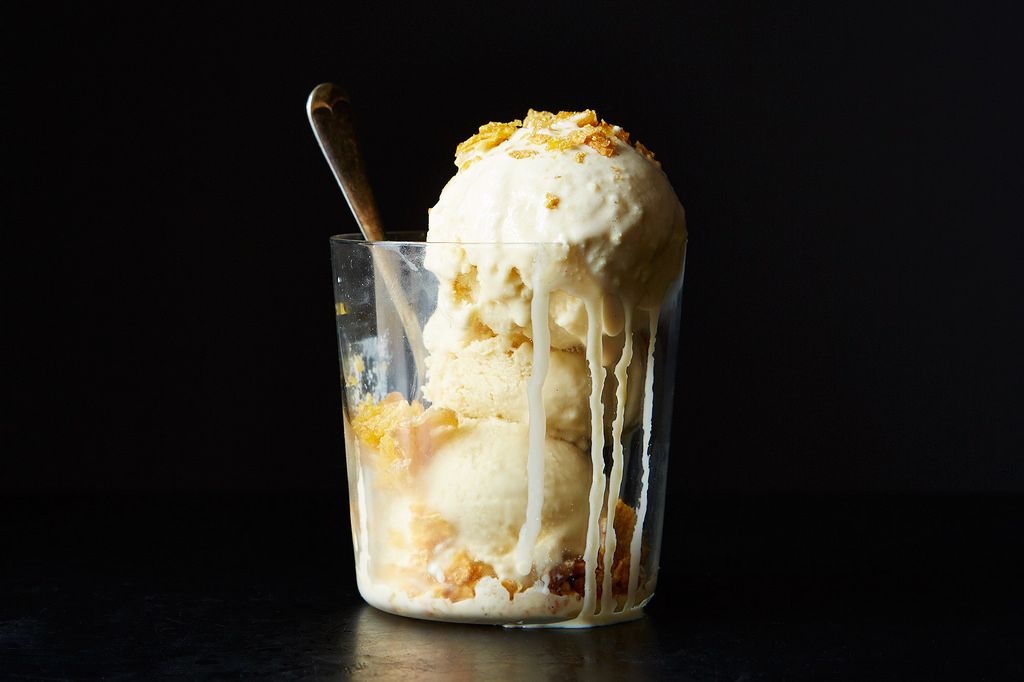 Riddley: Can I say "Candy Shop" by 50 Cent? I feel like I shouldn't like it, but it brings me back to my youth when I didn't understand what the lyrics meant and wore candy necklaces like they were going out of style.

Nicole: Honestly, the first song that popped into my head was also "Candy Shop" by 50 Cent, so I'm just going to roll with it! This is a middle school throwback that, in hindsight, was highly inappropriate for my age at the time. It was always played at my hometown's city-wide middle school dances on Friday nights.

Runner-up: Chicken Fried by Zac Brown Band, because you know I like my chicken fried and cold beer on a Friday night. 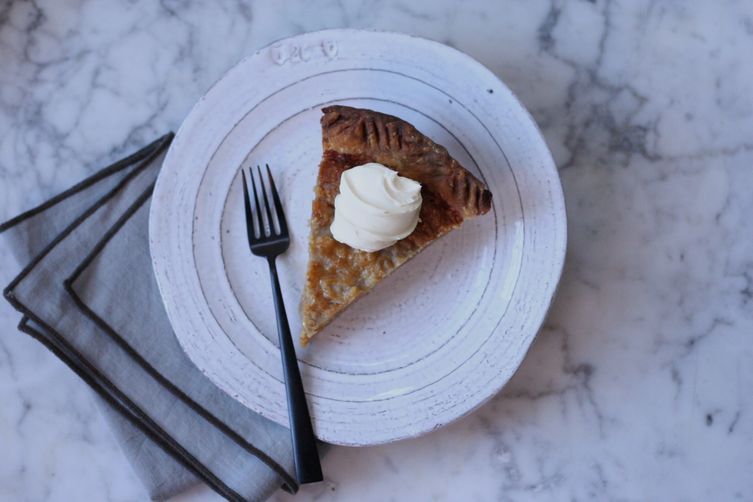 Micki: "I Like Pie, I Like Cake." It's a really popular song at the swing dances I frequent (30s and 40s jazz songs mention tons of food!) and my best friend and I used to sing it while slinging sandwiches at Flour Bakery. It gets bonus points for me because at my first Food52 team meeting, someone said, "We'll be using more targeted emails with tags like 'Do you like pie?' and 'Do you like cake?'" All I could do was chuckle to myself (and then laugh with the lindy hop community later that day)!

Erin: While it's pretty clear the Beatles weren't actually referring to a dessert, I've always liked to imagine them serenading a custard pie made from wild honey when I hear the song "Wild Honey Pie". 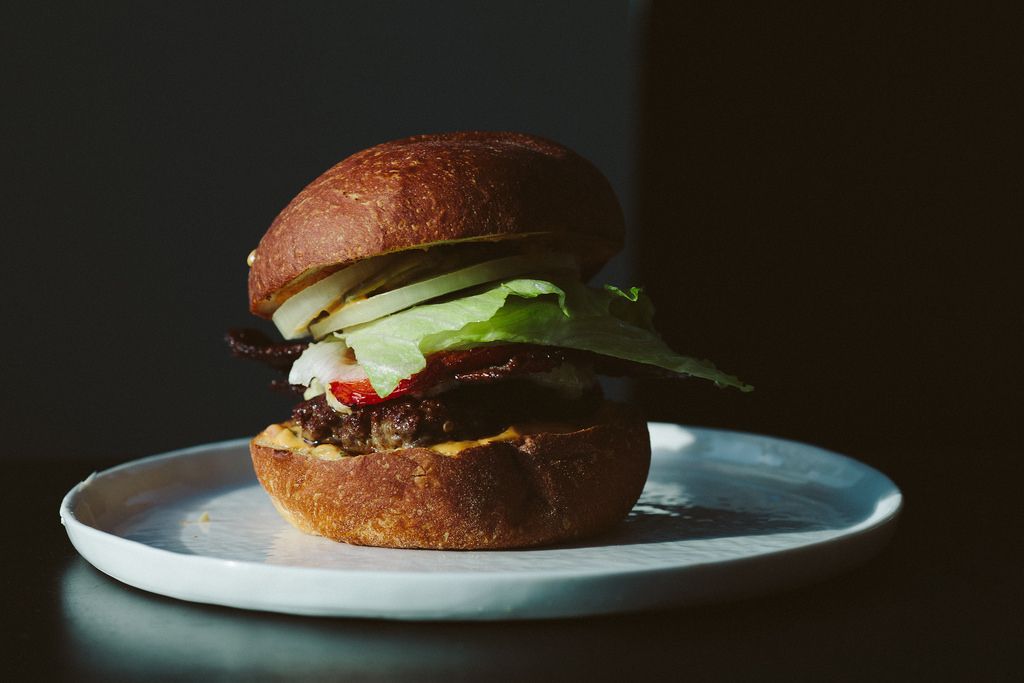 Victoria: Does "Beauty School Dropout" from Grease count? It takes place at The Frosty Palace after the gang orders burgers and shakes! Choreographing and performing musical numbers from Grease was my favorite childhood activity.

On the off chance that doesn't count, then I'm going with "Carry Out" by Timberland featuring Justin Timberlake. It is cheesy and fun, with lots of double entendres and J.T.'s sweet vocals.

Jackie: Is it a cliché to say "If You Like Piña Coladas"? Because I love a good Piña Colada and with the fruit on top, it counts as food.

Rachel: You probably shouldn't post this because it's super not safe for work, but Da Brat's verse in Mariah Carey's "Loverboy" remix is filthy and terrible and awesome. You‘ve been warned. 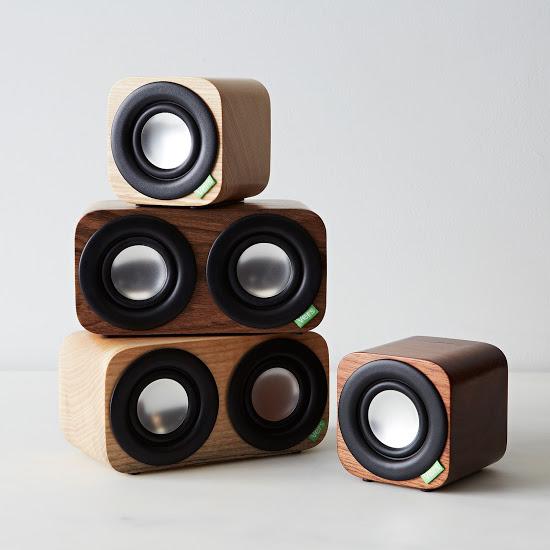 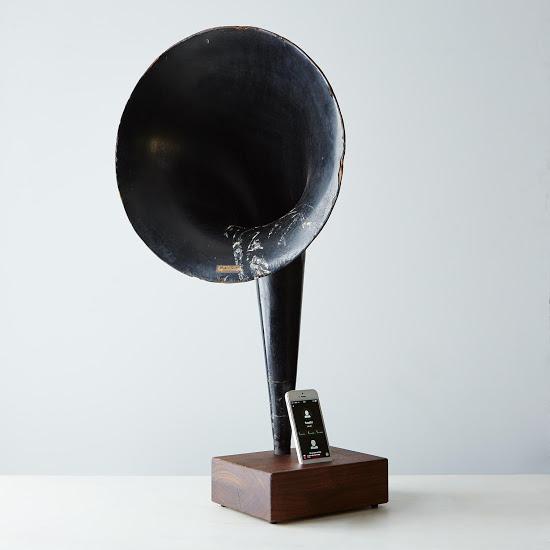 Listen along with us! But before you hit play, know that some of these songs are innapropiate (and others are kids' songs).

mrslarkin June 1, 2015
OMG there are soooo many good food songs. These are a few of my favorite things:

Angela May 31, 2015
More from the Broadway side: "Paris Cuisine" from Cyrano, "Toledo Surprise" from The Drowsy Chaperone, "Be Our Guest" from Beauty and the Beast, "Sara Lee" from And the World Goes Round, "The Night they Invented Champagne" from Gigi...
I could go one for a while, but now I have to go listen to all these again

Sara May 29, 2015
Southern Culture on the Skids also has some great ones. Banana Puddin', Fried Chicken and Gasoline. They also have some recipes on their website. Check out the turtle burgers.

ChefJune May 29, 2015
You all are probably too young to remember Al Jarreau's "Sweet Potato Pie."

plainhomecook May 29, 2015
Not to mention too young for Hank Williams's Jambalaya (On The Bayou). My dad used to sing that one on road trips.