Food52 Just Got Bigger: Introducing The52

We're extending the Food52 family! Allow us to introduce the first crop of The52. 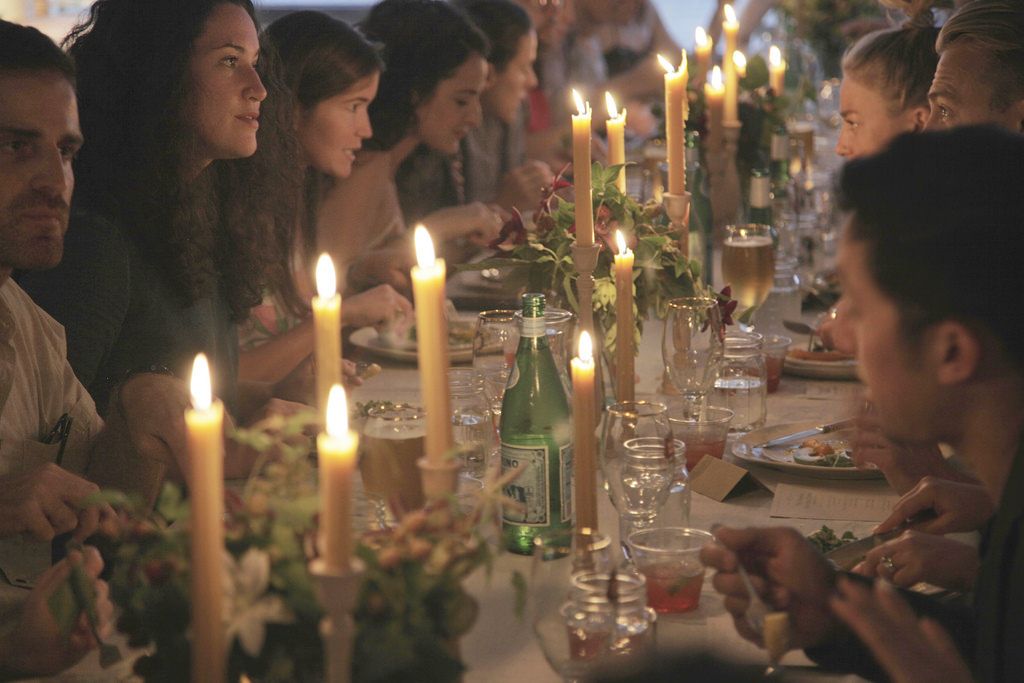 We could talk about food all day—and to make sure we're telling the story from all angles, we're expanding our universe and yours by officially extending the Food52 family. Over the next few months, we'll be introducing you to the first crop of The52, a hand-picked group of people we admire who work in the worlds of culture, food, and lifestyle.

The group includes a mixologist, a Bay Area lifestyle aficionado, a blogger who would be happy to never eat vegetables again, and another who can't live without them. You'll be hearing from them from time to time as they contribute to articles on the site, test products from the Shop, and do takeovers on our social media, so take a look at the first batch of The52 below (including an introduction to a very special member)—we're sure you'll recognize some familiar names and faces: 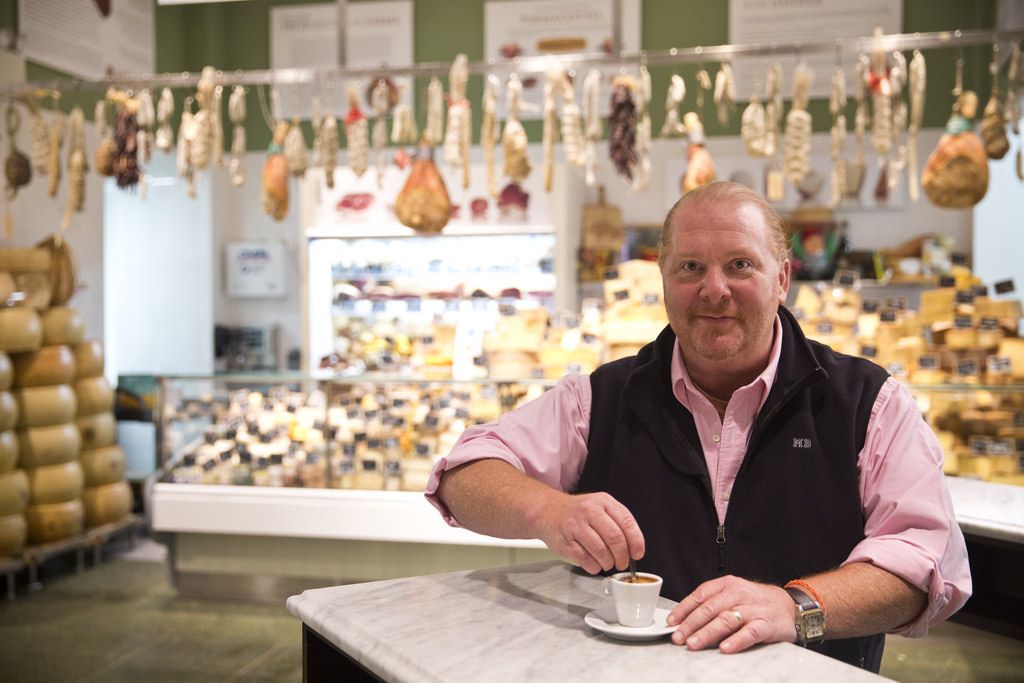 Mario Batali, chef, TV personality, orange clog evangelist, author of 10 cookbooks, and owner of 25 restaurants, shares with us a few fun facts (including why ramps are like Kathleen Turner):

Desert island food?
Linguine with clams and an ice-cold glass of falanghina.

One food you pretend to like (but secretly hate)?
I do not hate any food, but I am suspicious of durian and do not really understand or want to eat much congee.

What is your greatest/ most exciting culinary failure?
My first restaurant, Po, was a hit and yet became my personal failure. It was so great to open my very first restaurant in New York City and I don’t regret a second of it, but I was unable to hold onto it through disagreement about operating procedure. I learned quickly that without a thoughtful and confident partner, I would not have made it nearly as far as [my partner] Joe Bastianich and I have made it.

Vegetable spirit animal?
Ramps—they are only available for 5 weeks a year, regardless of how much we want them, and they are simple, not exotic, and yet they’ve got a way of sneaking up on you and making a lasting garlicky impression, like Kathleen Turner's sultry voice. 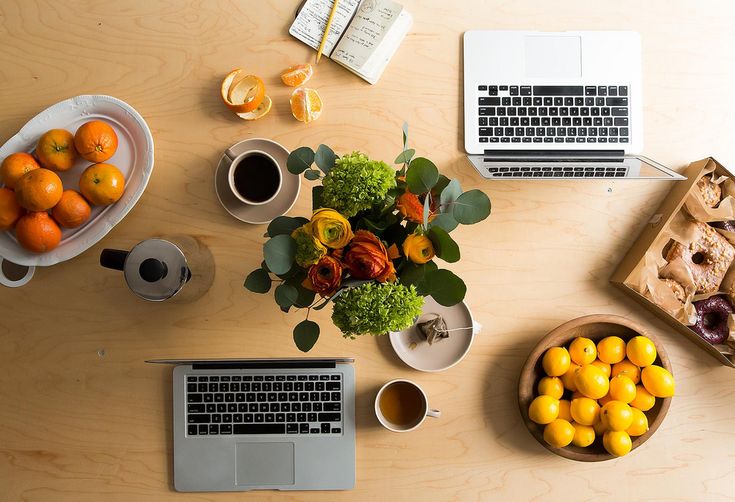 We'll be introducing the rest of The52 in future posts, but here they are (so far!), along with some peeks at the work they do: 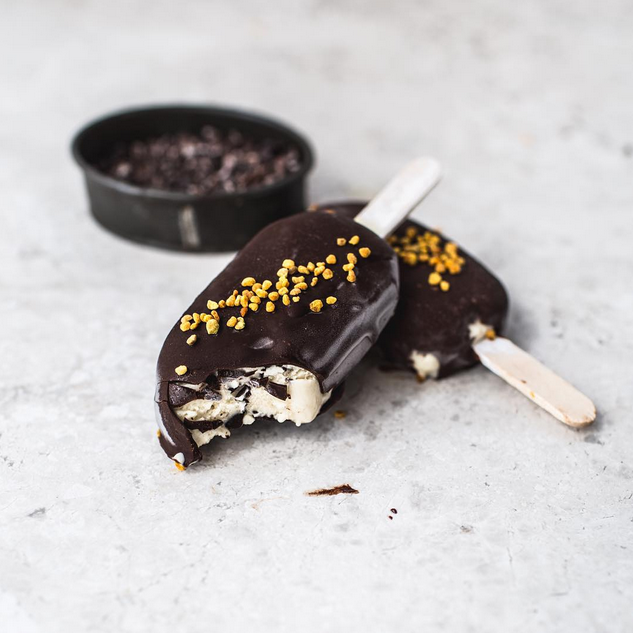 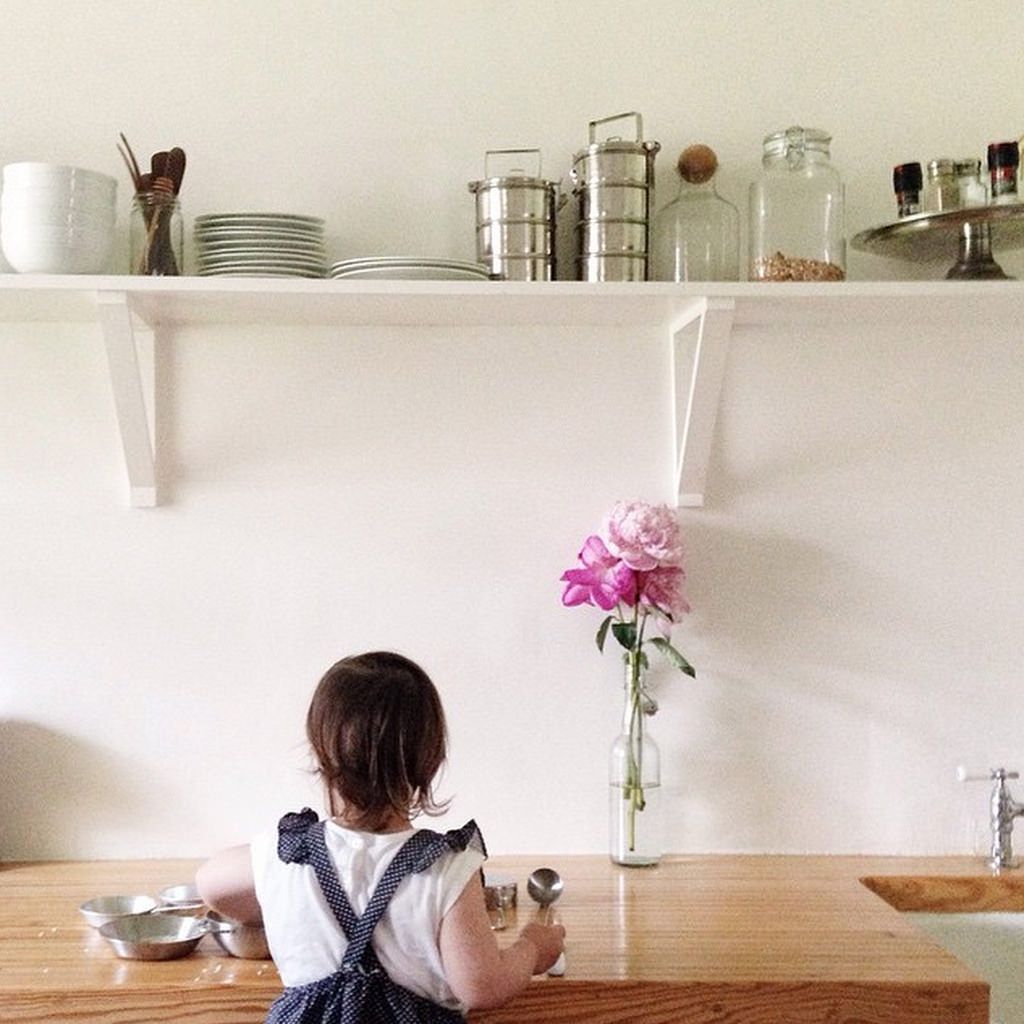 Left: Malted milk and stracciatella gelato pops from Top with Cinnamon; Right: A day of "cooking" captured by Amanda Jane Jones in her beautiful kitchen 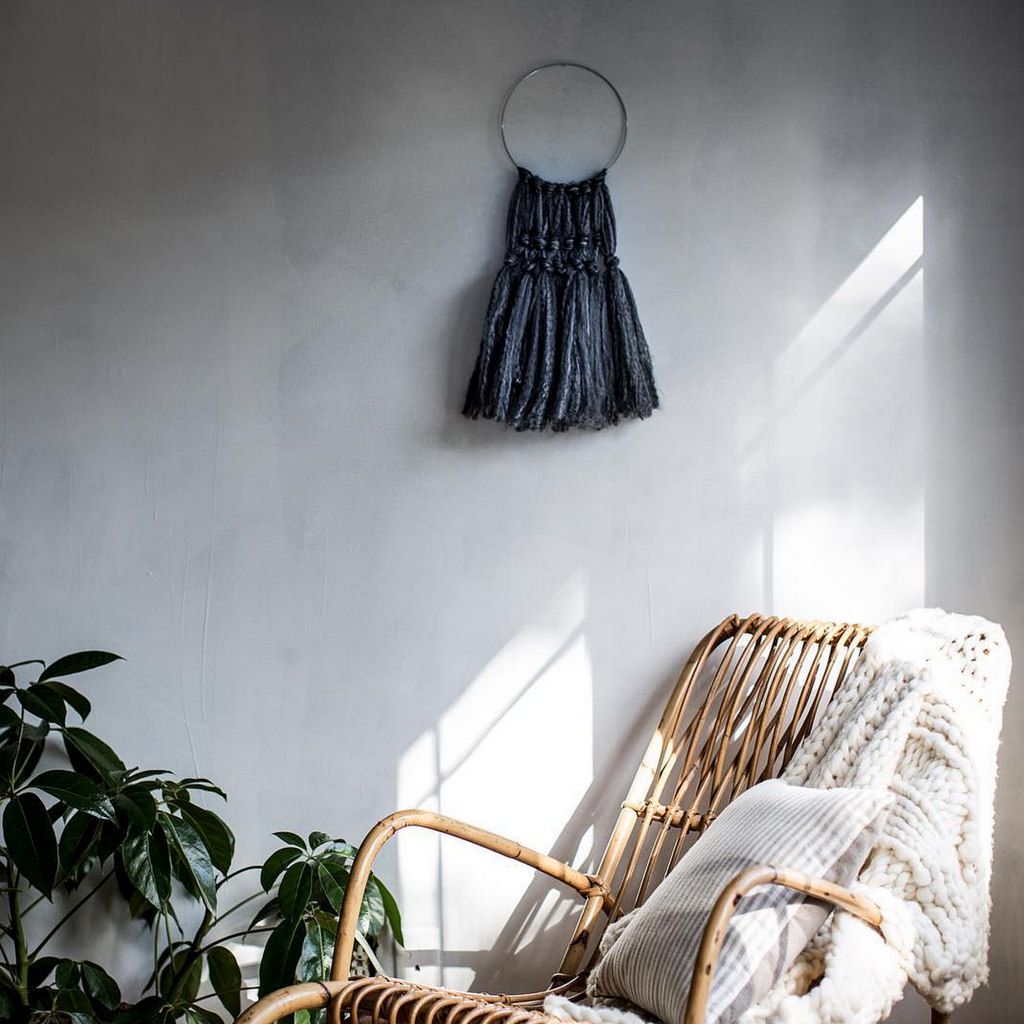 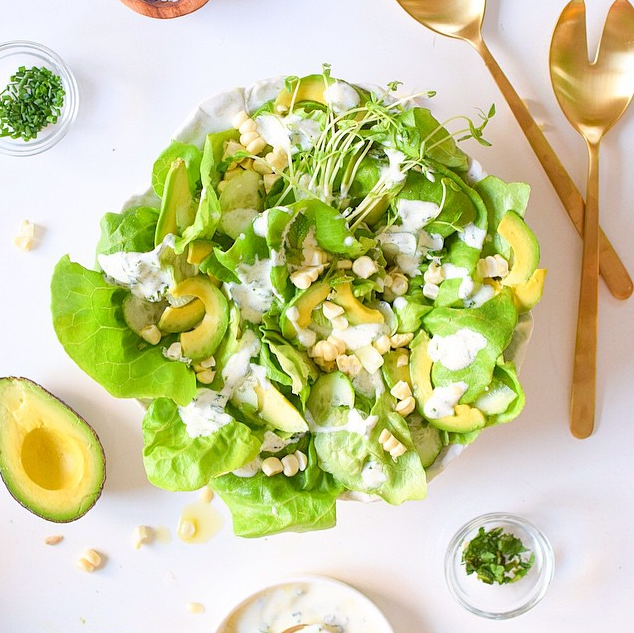 Left: A slow Friday featuring a cozy wall hanging and throw from Local Milk; Right: A summer greens with lemon-herb yogurt dressing from Kale and Caramel

Andre B. May 6, 2020
Can't wait to see their contributions! Lots of my fave bloggers in that list :)

Kristen M. August 3, 2015
We've been filling The52 with people who work in the fields of food, culture, and/or design whose work we admire—the list isn't yet complete, and we appreciate the suggestions for more members. We also have plans in the works to continue to celebrate members of the Food52 community in new ways—stay tuned!

boulangere July 29, 2015
Further to this thought, we are currently experiencing a vast shortage of eggs. At the retail level it has been felt in rising prices. At the wholesale level, i.e. restaurants and bakeries, its is being felt in suppliers having to ration supplies of both shell and bulk (containerized) eggs to clients. Those which are available are so at an ever-escalating price. Which is passed on to consumers. Have you ordered an omelette recently? Still, I've not heard one word of concern in popular media about its cause of bird flu which has wiped out uncounted flocks of chickens. Pandemics stand to be a global security issue in the future. Surely the site has enough clout by now to address issues of food beyond making it look pretty.

boulangere July 30, 2015
Fair mount Market made a very astute suggestion regarding the inclusion of food science people in the mix. that is what in hell I am talking about, and thank you so for asking.

boulangere July 30, 2015
Bevi commented, as well about the value of including those knowledgable about food safety issues and sustainability. Food safety has huge global security implications.

boulangere July 30, 2015
P.S. anne, it can be more productive to offer ideas than to sling criticism. Just saying.

creamtea July 31, 2015
All of which are excellent points, Cynthia. And I agree that mud-slinging is non-productive (especially as I suspect there may be some common ground here when the criticism is constructively stated). As for the site changes, I understand the need for change and keeping things fresh, but the calls by Bevi and FM and yourself are especially useful.

frizz July 29, 2015
I'm a little confused. Doesn't Food52 already have guest bloggers and their columns? How does the substance actually change? Or is it now that it's branded?

anne July 30, 2015
Yes, Frizz. But now they are becoming the Food Network. We will have to endure cupcake wars, chef competitions and bad recipes. After all, they had something that worked, why stick with that? Let's make it tasteless, tacky and fit for a trailer park. It's now the American way.

BocaCindi July 29, 2015
Whatever you do will be brilliant. I am a huge fan of this site.

CR July 29, 2015
Ugh, Shauna Ahern? Her recipes are always error-ridden (yes including past Food52 recipes) and she is so condescending to commenters. Food52 has really gone down in my estimation now.

AntoniaJames July 29, 2015
Mark Bittman also comes to mind, although the branding issues for him, Barber, and Pollan, quite possibly would make it a non-starter. (If you got one or two of those, however, you might be able to persuade the others.)

Hirshfeld, definitely! He's the best. And was such a key player in this community for so long. ;o)

Bevi July 29, 2015
I really appreciated the PSA that you put out, warning us of possibly tainted cilantro. It would be great to include in The 52 someone who is abreast of food safety, fair trade, and also sustainability issues. Our food supply is something that is too glossed over, and as our climate changes and water resources deplete, so will our access to many foods we take for granted: fish, produce, nuts, etc. With the readership you have, it would be a great service to this community to include a person who is able to speak to these issues.

Fairmount_market July 29, 2015
Stephen Jones of the Bread Lab at Washington State University would be a great person to include.

boulangere July 30, 2015
And wouldn't Tom be wonderful here? Let him out of his Sunday dinner mold...

AntoniaJames July 31, 2015
For anyone who doesn't follow Bittman's NYTimes pieces on food policy, the health crisis caused by what we put on our forks and drink through straws, I recommend his recent book called "A Bone to Pick" which is a well-organized compendium of those short pieces. It came out a few months ago. I like how Bittman cuts to the chase persuasively, while maintaining objectivity.

I'm not crazy about Bittman's "writer's voice" in his cookbooks and videos, but I found this book to be quite informative, and well worth reading. ;o)

Fairmount_market July 28, 2015
If you'd like to tell the story from every angle, how about including some scientists (e.g. nutrition, microbiology, plant genetics)?

Linda July 28, 2015
I love, love , love Mario Batali. He's like a cousin in my big Italian Family. I only wish he would put Eatily somewhere in Southern California, preferably Orange County, and I wouldn't have to keep longing to return to New York.

anne July 28, 2015
Wow. What next, some kind of cooking war, competition? There is nothing worse than celebrity chefs. Bye-bye.

mcs3000 July 28, 2015
Looking forward to learning more about those I don't know - and hearing from some of my faves, like Megan Gordon.

AntoniaJames July 28, 2015
Looking at the list, one would have to conclude (a) much, much younger than you or me, and (b) have a blog with pretty food photos and, in many instances, fonts and/or typeface saturation that is difficult to read. Other demographic characteristics are revealing.

This is a business, which must survive based on sales of goods (ecommerce) and advertising/sponsorship. One must assume that The52, like all editorial decisions, is tied to user demographics targeted to maximize economic performance, based on data. But you know all this. ;o)

frizz July 29, 2015
I'm skeptical but not quite as critical as Antonia. It seems the list is a well-curated list of professionals who already have their own followings and are trusted sources outside of Food52.