Saying Farewell to the Four Seasons Restaurant in NYC

The famous Four Season Restaurant in Manhattan, open since 1959, is changing hands—and we're paying tribute to this passing star. 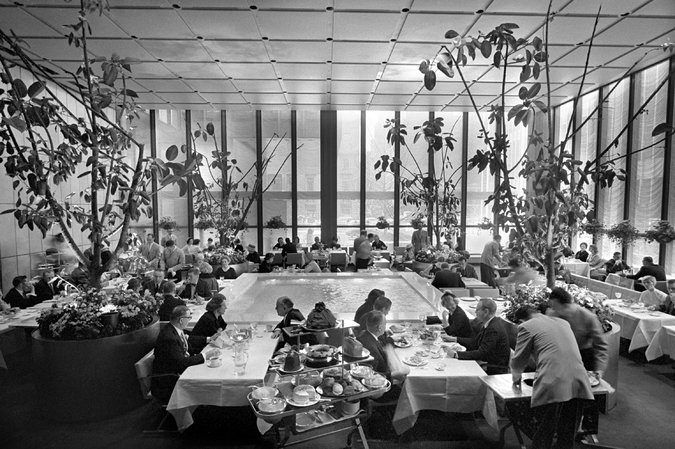 In 1959, the New York Times restaurant critic Craig Claiborne wrote a review for a newly-opened restaurant on East 52nd Street that started, "It is expensive and opulent, and it's perhaps the most exciting restaurant to open in New York within the last two decades."

Since then, the Four Seasons has been a hallmark of New York's elite, star-studded restaurant scene. The term "power lunches" was coined to describe its weekday lunches—a haze of black suits and white tablecloths—and the opulent art and decor came to define it. "I don't remember a thing about the food," says Amanda Hesser, recalling her meals there, "only the people I saw there (Bill Clinton, Martha Stewart, Robert Rubin, Sarah Jessica Parker) and the flow of the space, which is extraordinary." 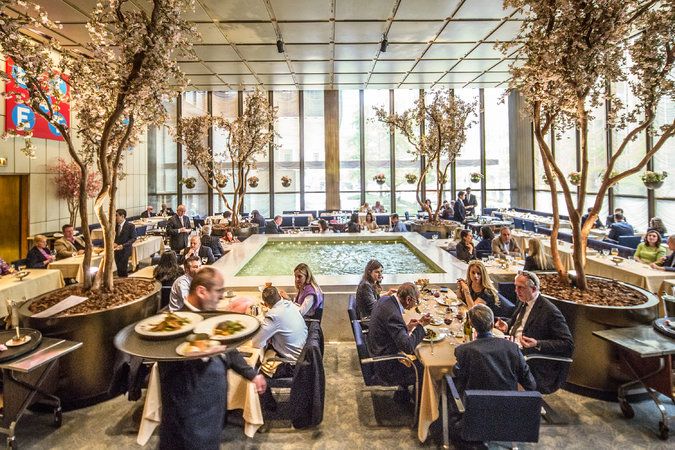 Housed in a glassy, modern space in the ground floor of the Seagram building, the restaurant was designed by the starchitect duo of Mies van der Rohe and Philip Johnson, in a scheme that has hardly altered since the beginning. Everyone talks about the brass strands that hang on all the windows, which Amanda remembers "gently undulating" in an organic way that softened the otherwise boxy design of the space. Before arriving in the dining room, there are a number of entrances to pass through, in dramatic succession.

Martha Stewart ate Thanksgiving dinner there in 2009, with Barbara Walters, and JFK dined at the Four Seasons on his 45th birthday, right before heading across town to Madison Square Garden where he was serenaded ("Happy Birthday, Mr. President") by a breathy Marilyn Monroe in the May of 1962. Rumor has it that when Anna Wintour lunches there from time to time, she orders a burger with no bun that she paws at politely with her fork. 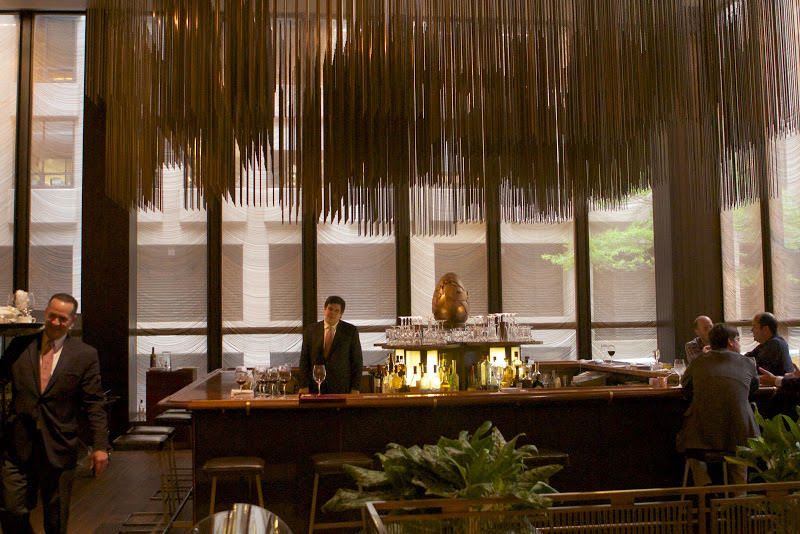 The scene might have at some point eclipsed the menu, but right when the restaurant opened there was still plenty to say. Craig Claiborne extolled the restaurant's "extensive use of fine herbs" and went on to applaud the dishes, including an "herbed lobster parfait" and a traditional beef stroganoff that was "sautéed in butter, flamed with Cognac, and bathed in a sauce containing meat glaze and sour cream." He estimated that dinner for two, without drinks, would run you just $40 in 1959 (today, the Times today gives it a $$$$ review).

It's been an old friend to the city, and we're sad to see it go. The new owners, who plan to rename the place and update its decor, have claimed they'll find a way to respect the original design. We can only hope—and raise a glass of something bubbly to its tradition.

dymnyno July 25, 2015
I loved that gorgeous restaurant and enjoyed many memorable meals and events there. Too bad that change is the result of a nasty scandal.