Izy Hossack from Top with Cinnamon shows us how to prepare a three-course meal—using only a cast-iron skillet and a camping stove. 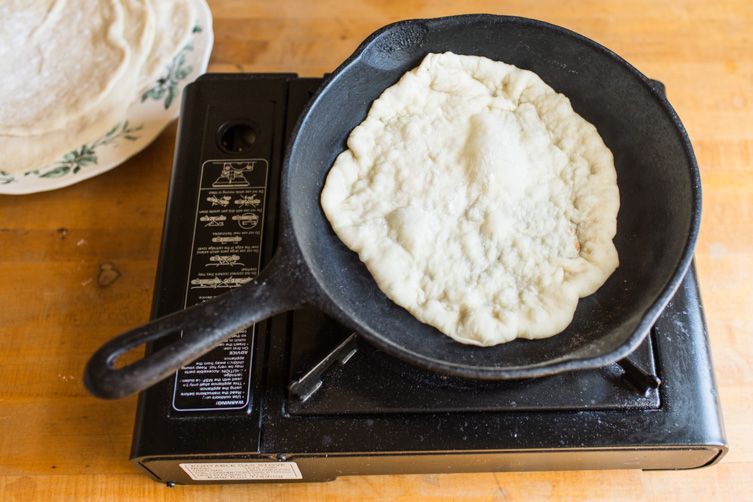 This summer, I found myself in an apartment with very limited kitchen equipment—basically just a one-ring camping stove, a kettle, and microwave. I already showed you how I made a three-course meal using only one burner and one pot, and today, I'll show you how I made a complete meal—dessert and all—with only one skillet.

Here's what I ate:

Here's how I did it: 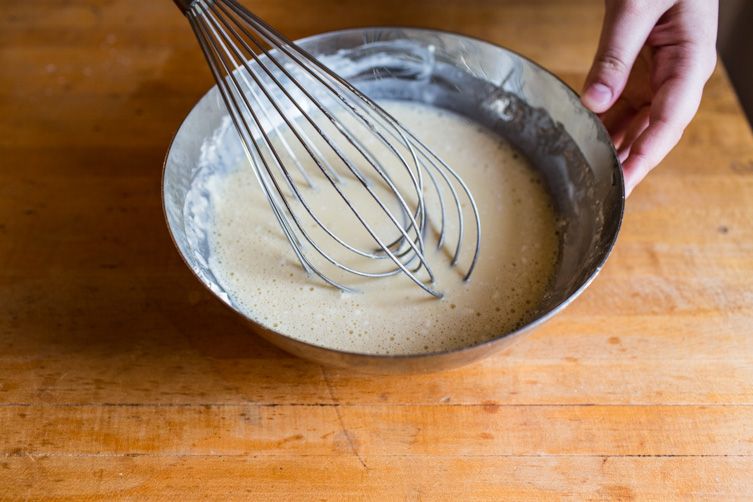 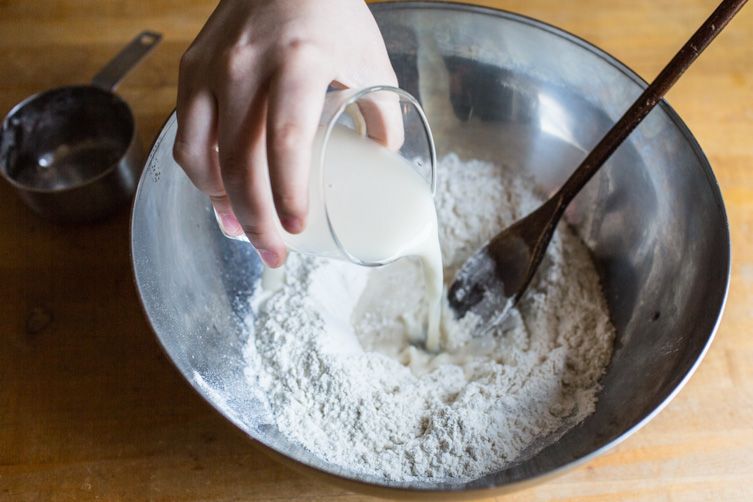 
I started by preparing the crêpe batter—a basic mixture of milk, water, and flour—because it's best to allow it to chill for about 2 hours. Once that was finished, I focused on the dough for the flatbread. It's an easy dough made from yeast, water, sugar, flour, and olive oil. I kneaded the dough into a smooth ball and let it rest for about half an hour in a warm place in my kitchen. 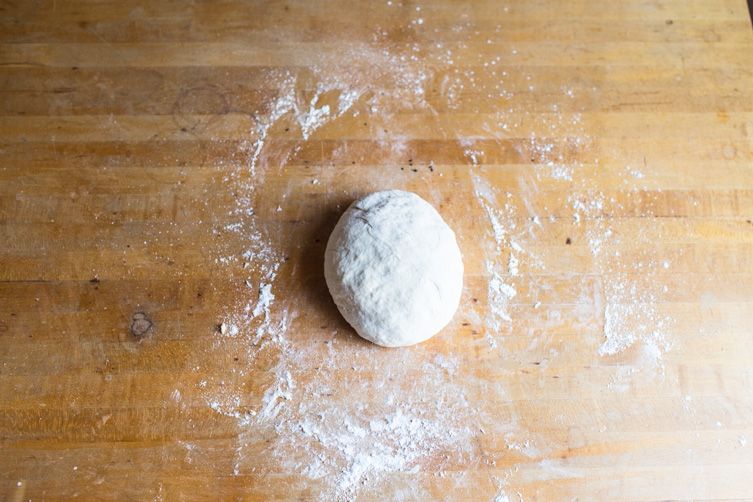 A smooth ball of flatbread dough, ready to rise in a warm place.

Meanwhile, I made the falafel batter. Since I didn't have a blender or a food processor (or even a potato masher), I used the back of the empty chickpea can to mash them into as smooth of a paste as possible, then mixed in flour, cumin, salt, parsley, onion, garlic, and cilantro.

I set the prepared falafel batter aside to prepare the ingredients for the salad. I made a vinaigrette with grapefruit juice and cumin seeds and washed and dried the herbs and salad greens. 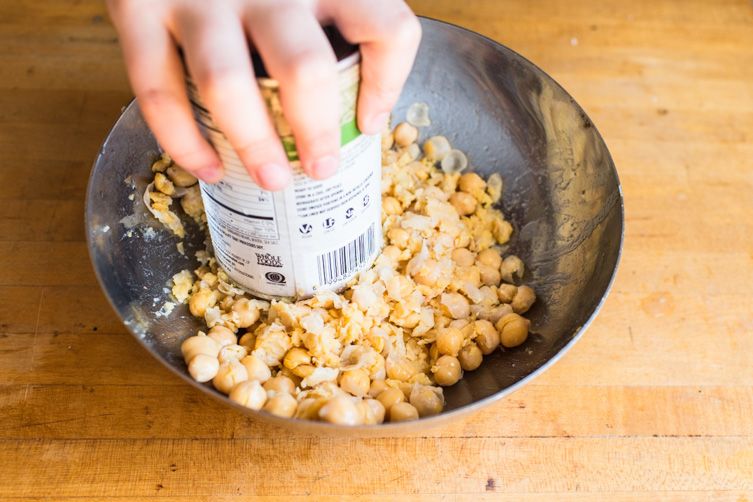 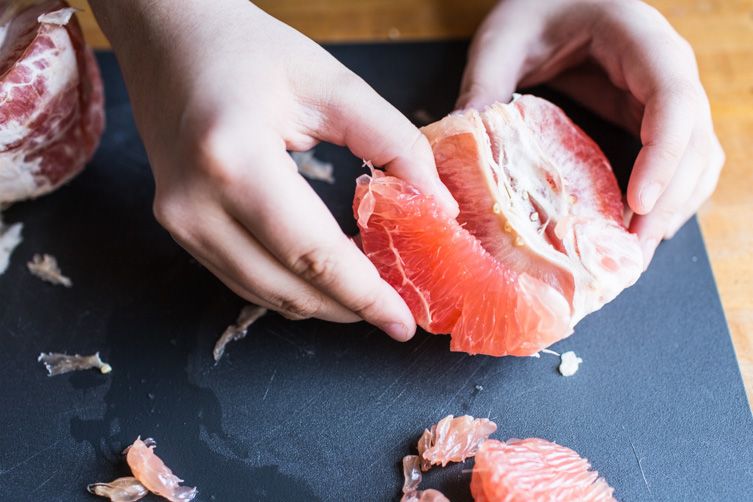 After 30 minutes, I moved the flatbread dough to a lightly floured surface, divided it into 6 sections, and rolled each (using a drinking glass!) into a roughly 8-inch circle. Finally, it was time to turn on the skillet! I heated it over medium heat, then cooked each circle until bubbling and golden on each side, 1 to 2 minutes on the top and the bottom. I kept the finished flatbreads warm in a clean kitchen towel. 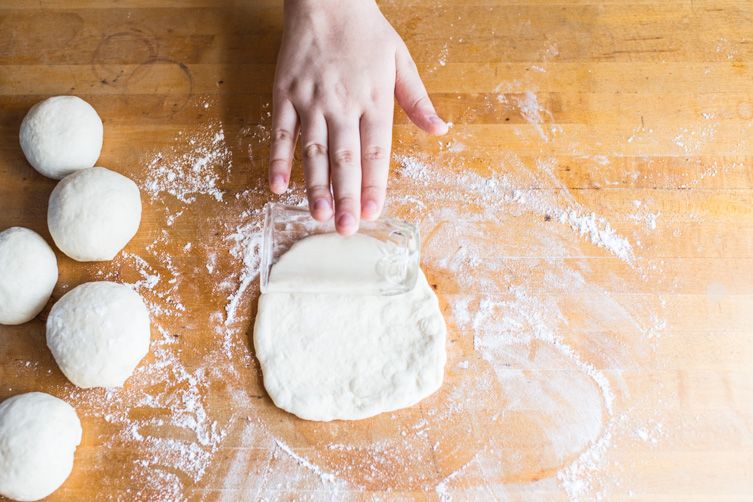 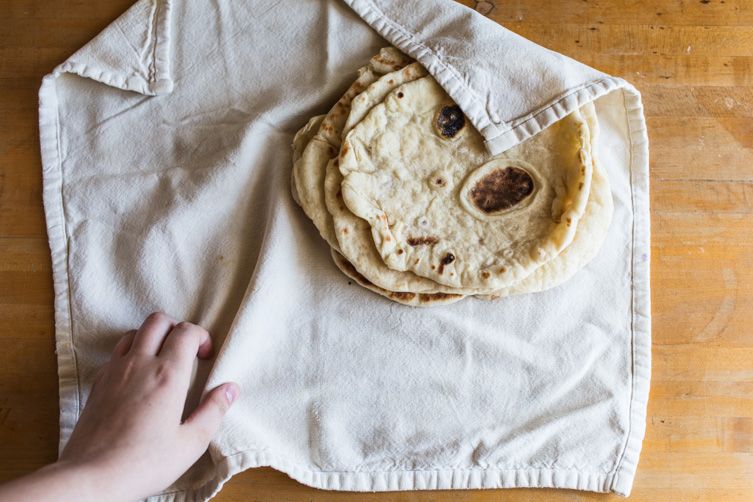 Now that the flatbread was finished, it was time to shape and cook the falafel. I divided the mixture into 12 equal balls (roughly 2 tablespoons of batter for each) and flattened them slightly with my fingertips. I fried them in skillet in about 1/4-inch of hot oil until golden. I left those to drain on a plate lined with paper towels while I finished the salad. 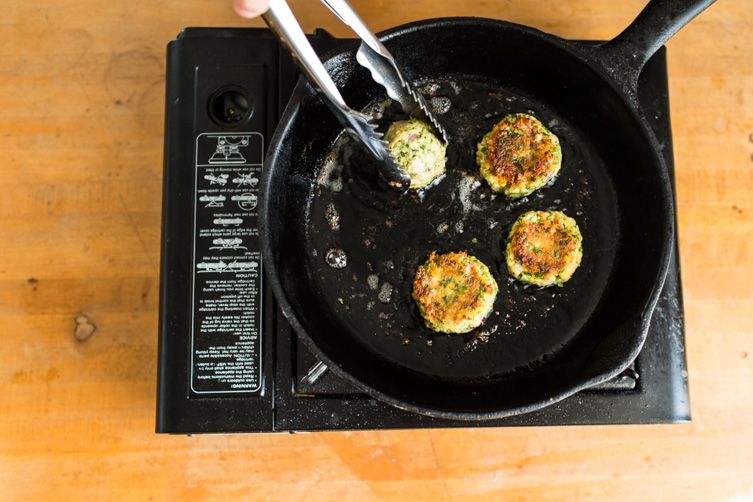 The most important part of the Halloumi and Grapefruit Salad is, obviously, the halloumi. While I find this cheese too salty on its own, I'm a great supporter of putting halloumi in salads, where its salinity is balanced by friends. I fried it in the oil-coated skillet until golden-brown and then tore it into pieces and scattered it over the greens along with grapefruit chunks and chopped almonds. 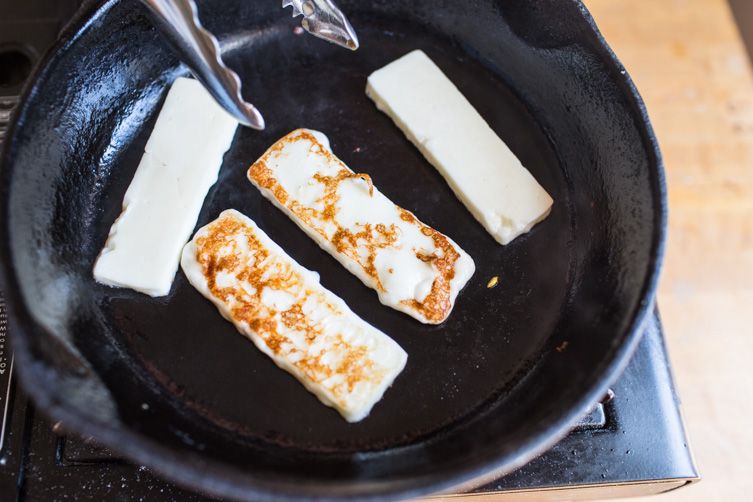 I served the falafel on top of the flatbread with yogurt, fresh herbs, hummus, and sliced red onion. Dinner was ready! 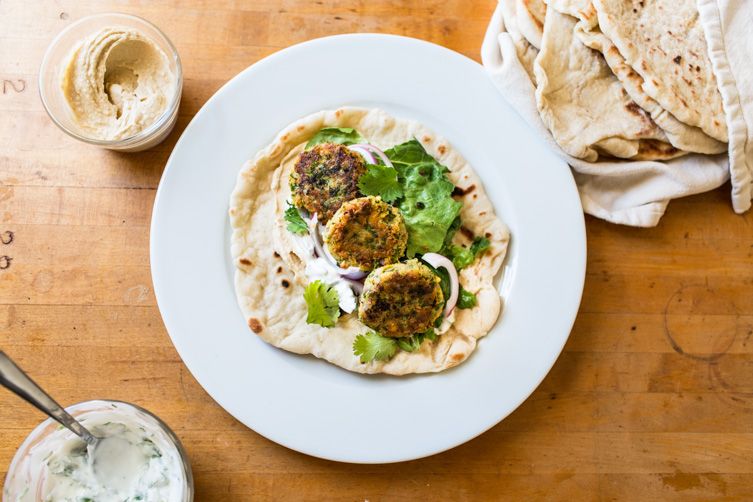 Once I was finished with dinner, I returned to the crêpes. I prepared the baklava-inspired filling by browning butter in the skillet and mixing in honey, sugar, cinnamon and chopped pistachios.

I whipped cream, stirring in plain yogurt, and set it aside to chill as I cooked the crêpes. 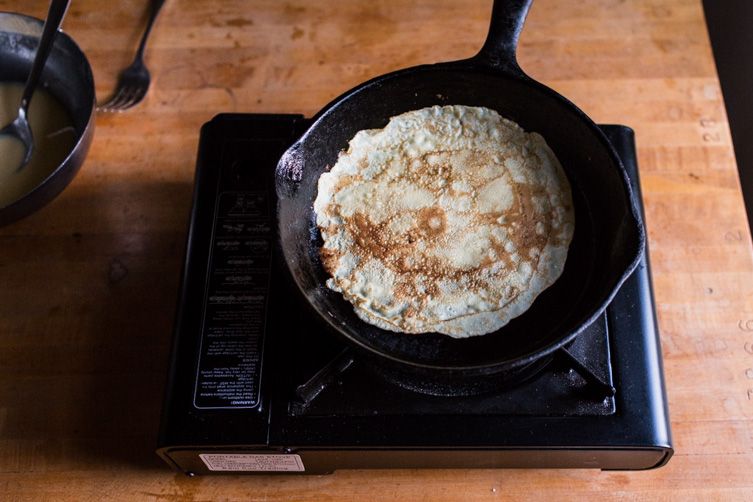 I found that as long as I tilted and swirled the skillet so that the batter spread out into a large, thin circle, I didn't even need a fancy crêpe pan. I served the crêpes warm with the whipped yogurt-cream and the sweet, nutty filling. 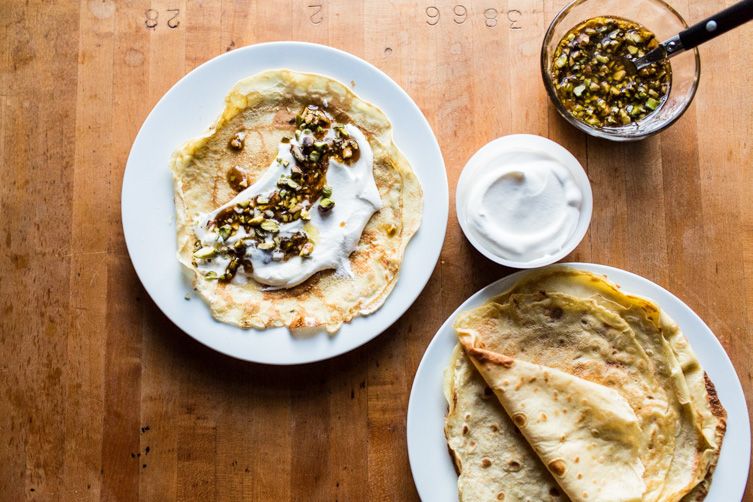 Suzanne B. August 27, 2015
That is not a camping stove. That is a small propane stove used by a chef.