The 3 Barbecue Spots for Pig in Atlanta

We teamed up with American Express to seek out local food businesses that you won’t want to miss when traveling across the U.S. Today, Atlanta pitmasters share their signature pork dishes. See the full Shop Small® Guide to BBQ & Beyond in Atlanta here. 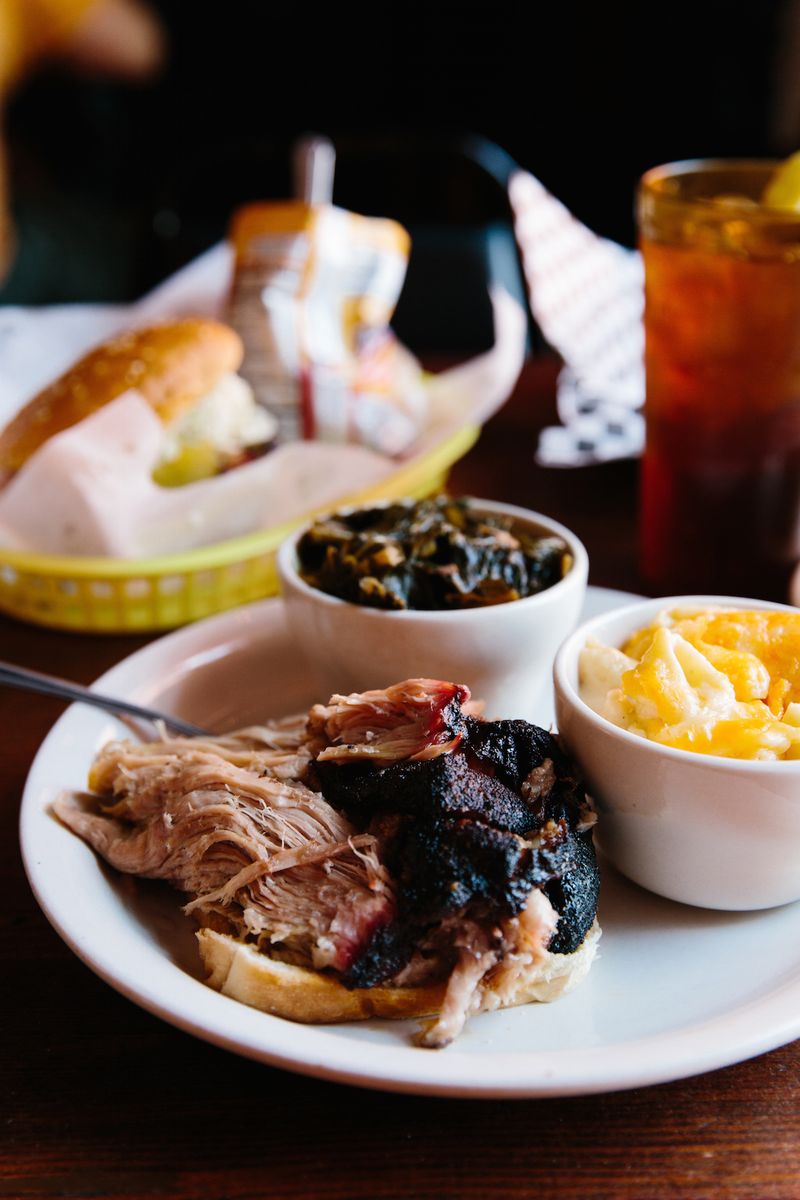 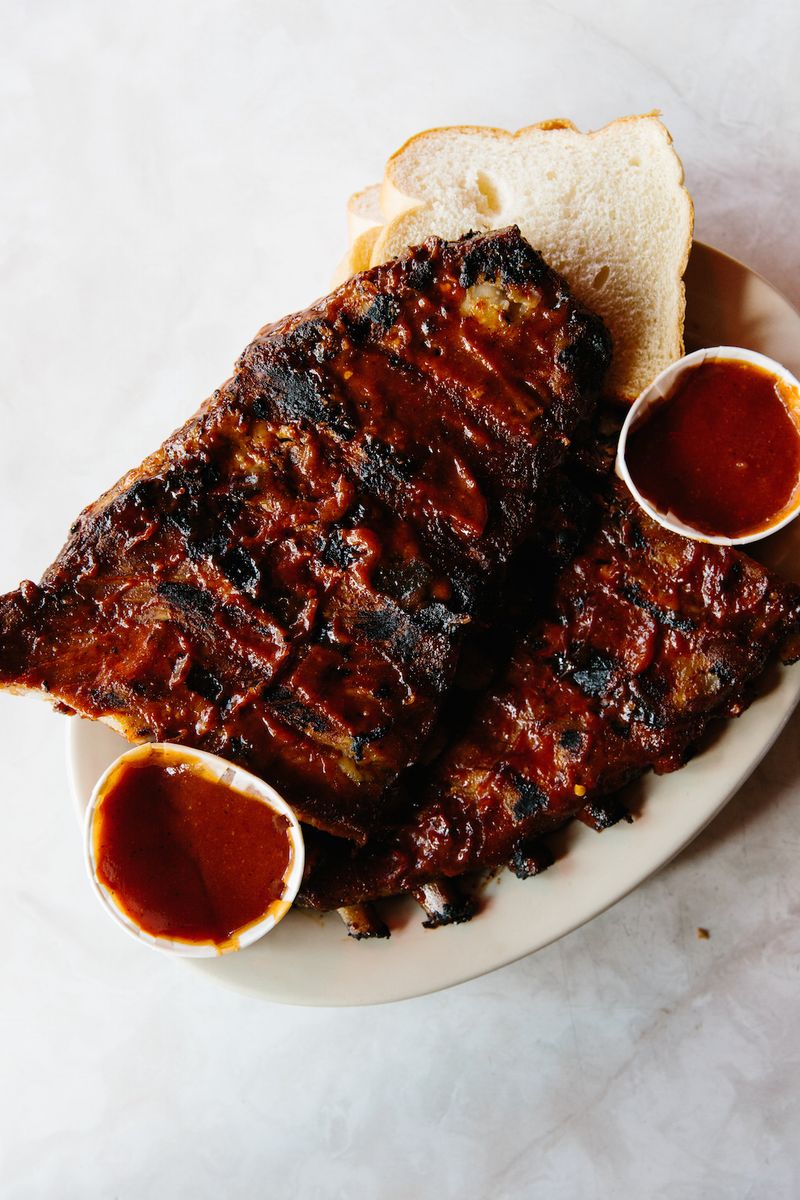 When we think of barbecue, it goes a little like this: blistering sun, messy hands, cold beer, and a whole lot of meat, piled high on butcher paper-lined trays. It’s not fancy, and it’s definitely not neat. In cities across the U.S., it's a meal that feels relegated to the warmer months, but, in Atlanta, Georgia, barbecue is a year-round staple. You’ll find purveyors dotting the city, smokers and grills at the ready, churning out pounds of beef, pork, and chicken faster than you can say "That'll do, pig."

It hasn’t always been that way (the city is a relative newcomer to barbecue compared to other places). But for three local institutions in Atlanta, it all started in the family or with friends. Here’s how they put their best pork forward, and why it might be time for a trip to the South: 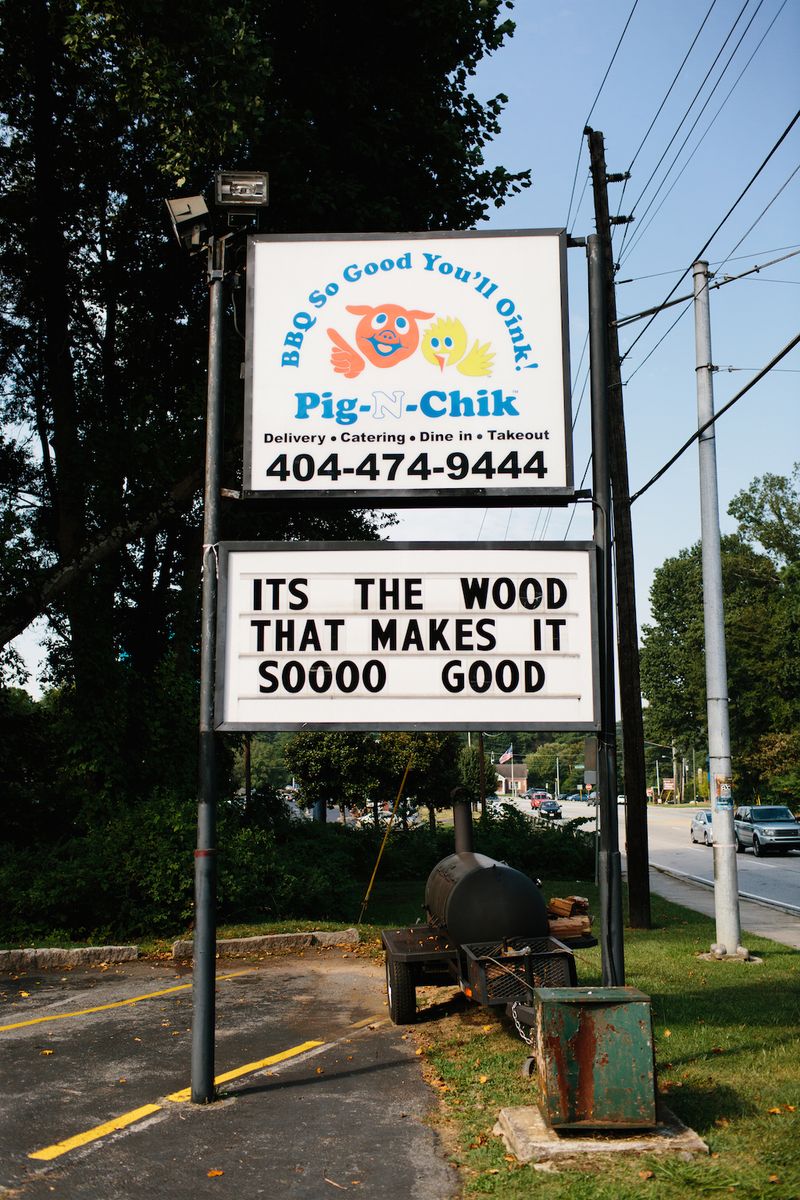 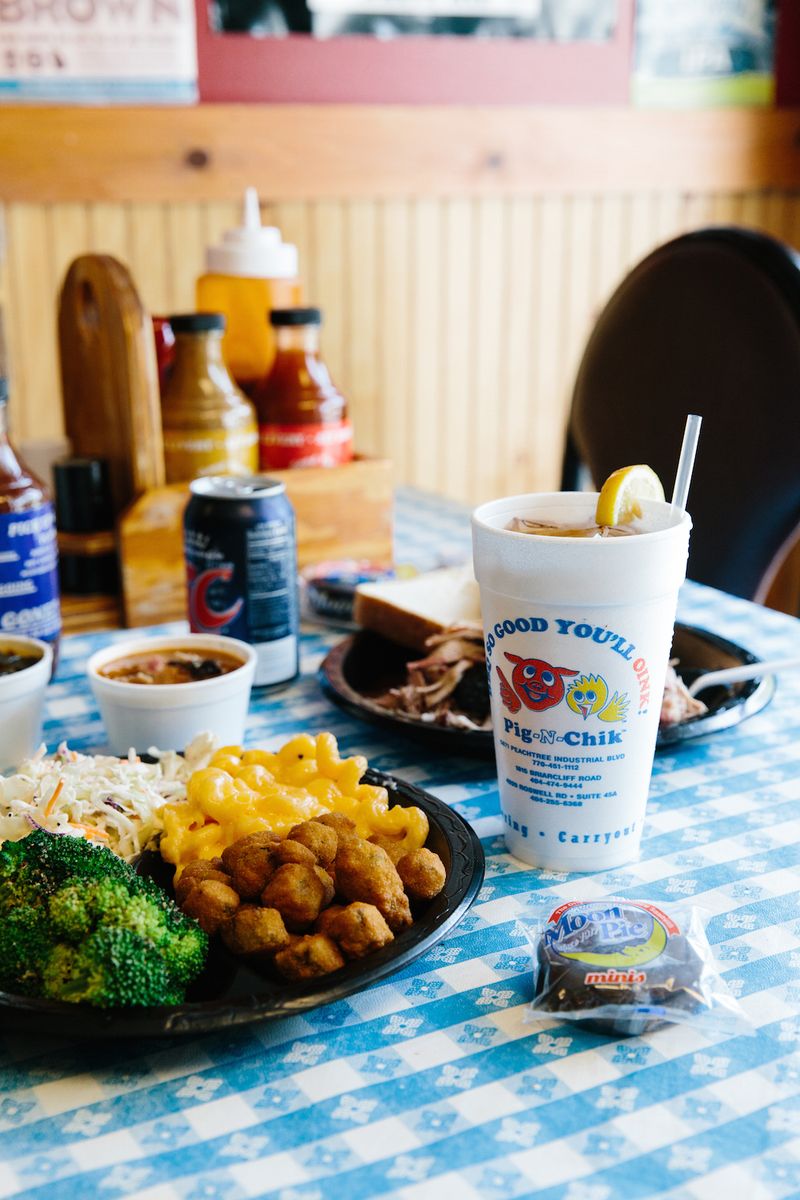 Before getting into the barbecue business, Jim Graddy and Bill Marrack were pizzaiolos (and steak deliverers). But when their steak delivery service ended in 2001, they pondered what to do next. “Bill and I have been friends since our teenage days,” Jim said. “He would join our family reunions, and those reunions involved cooking a pig over a pit in the ground.”

By preparing to cook a whole hog year after year, as well as Jim’s grandparents showing them how to rub it down and make accompanying sauces, they had become really good at making smoked pork. They hedged their bets that Atlanta was looking for another really good barbecue place and opened Pig-N-Chik. 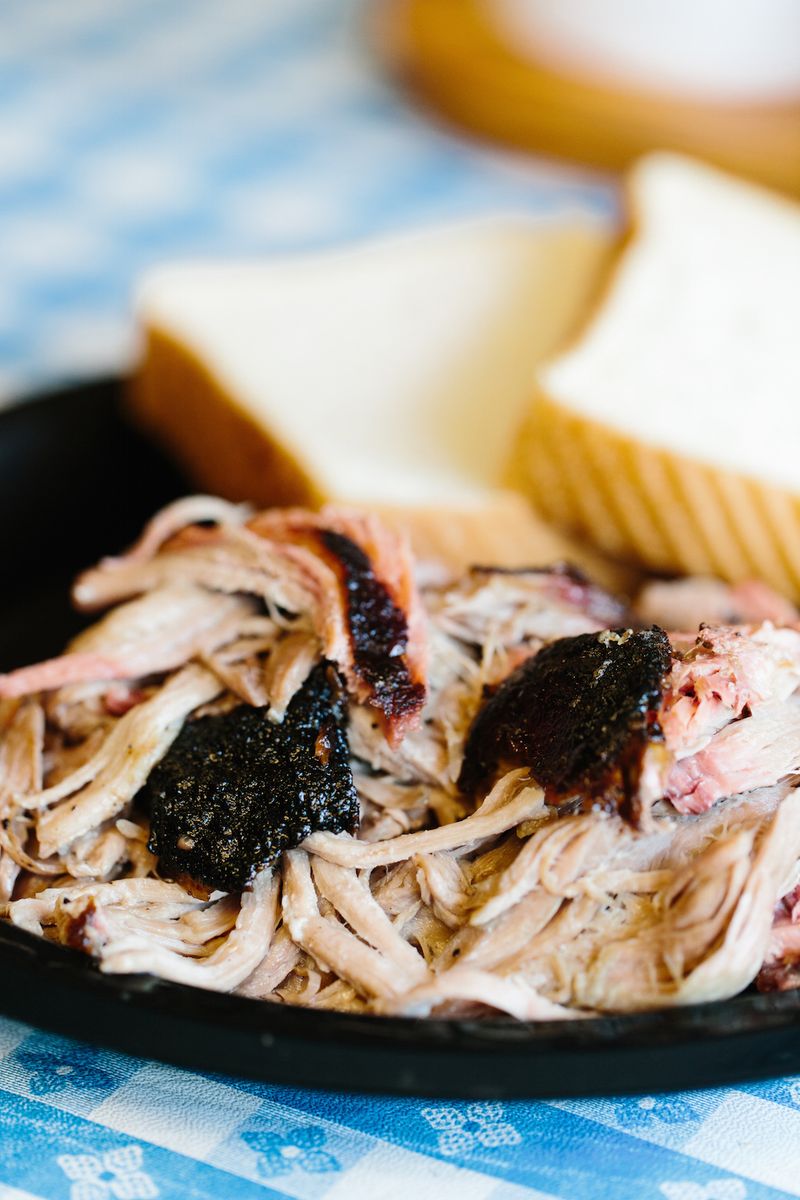 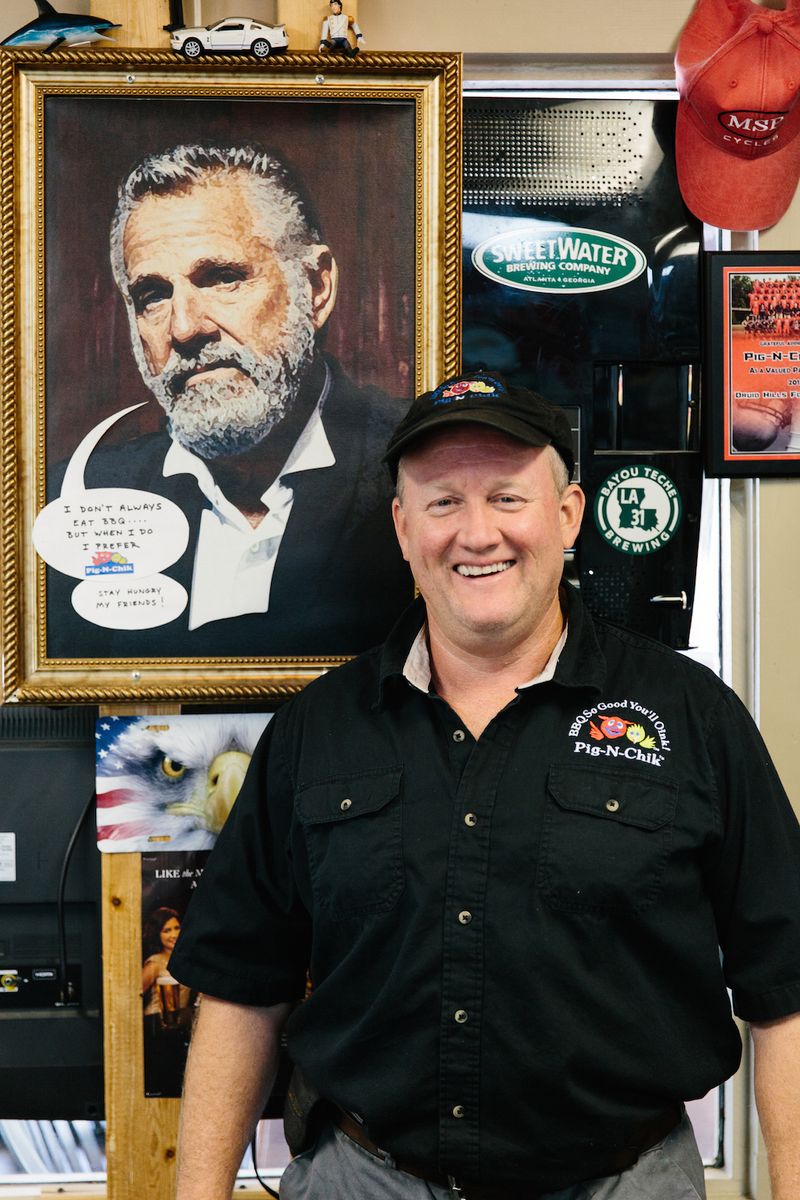 “Our philosophy is ‘low and slow,’" Jim said. “We cook fresh, bone-in pork butts for around 14 hours, or until the ideal internal temperature is reached.” (This temperature, he mentioned, is considered one of their secret ingredients!) The process has done them well: Pig-N-Chik’s pulled pork is their bestseller by a landslide. 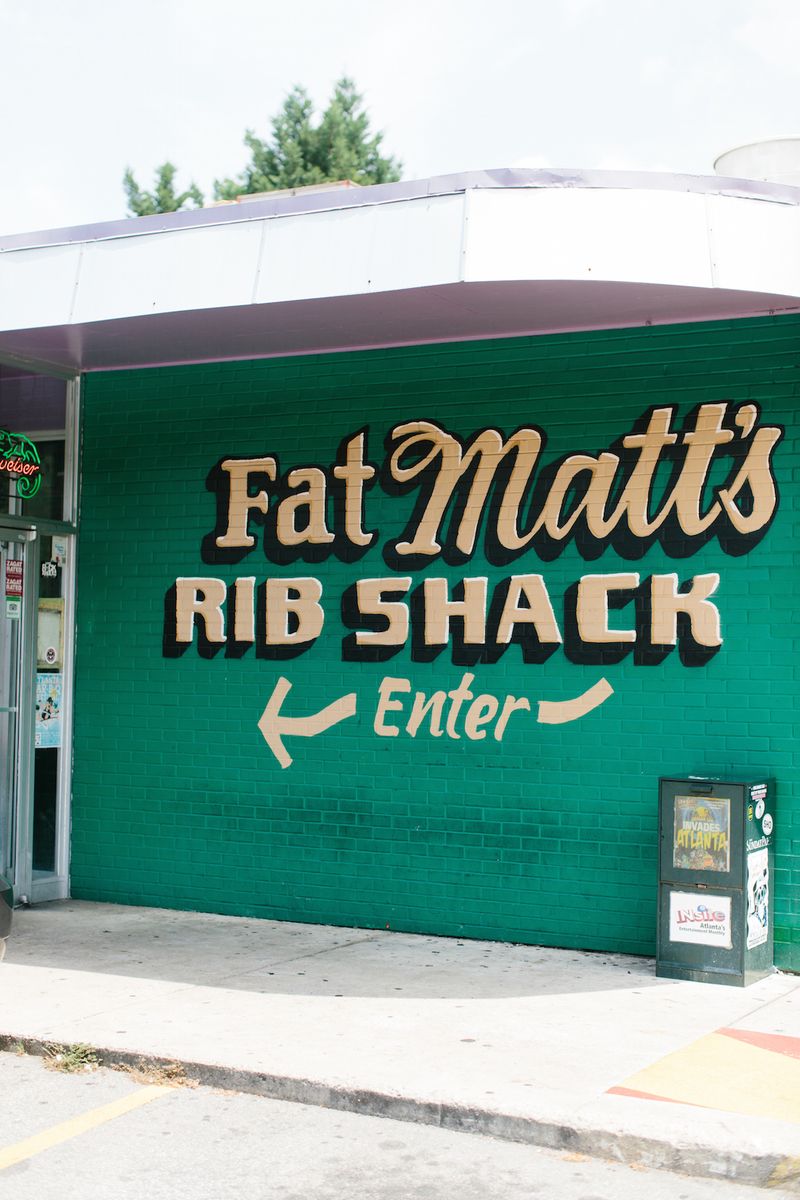 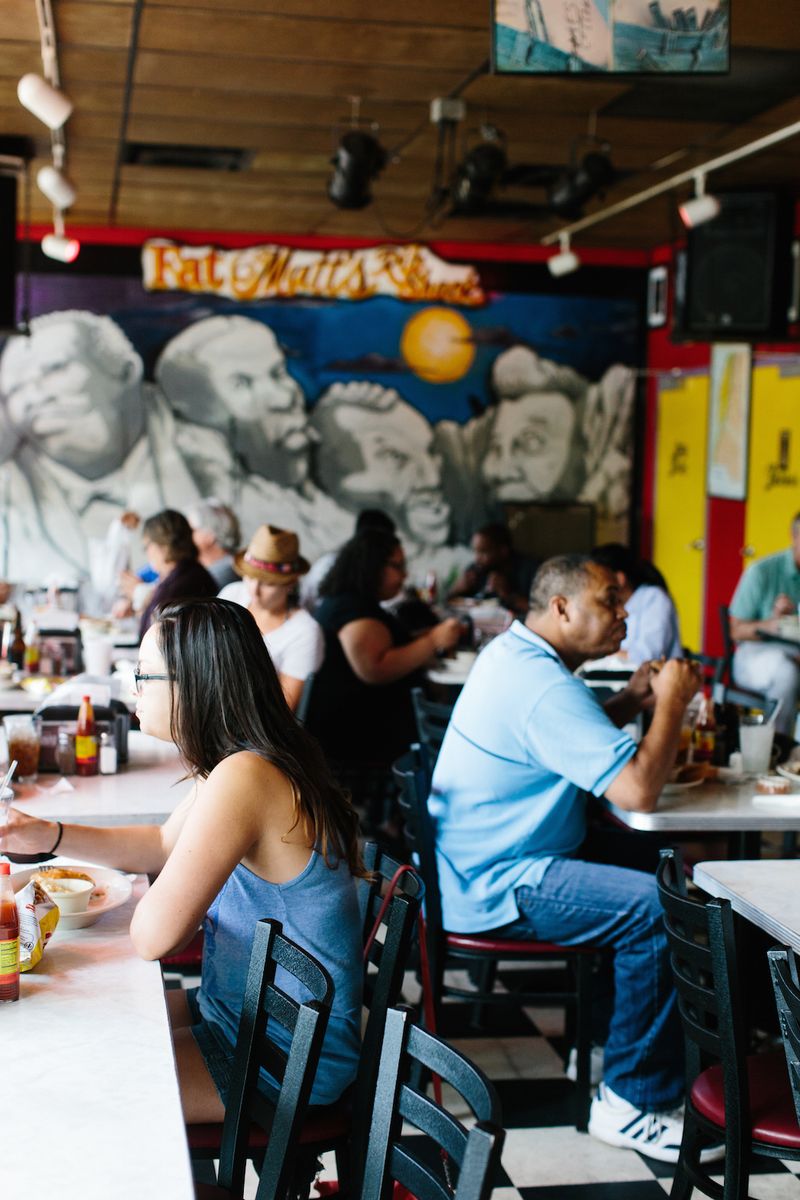 You could say that Fat Matt’s Rib Shack is one of Atlanta's barbecue old-timers, celebrating its 25th year this fall. It’s an essential stop for ribs—and blues—in the area. Matt Harper wanted to open a place where he could collaborate with his partners on recipes and connect with any customer who walked through the door—their door. 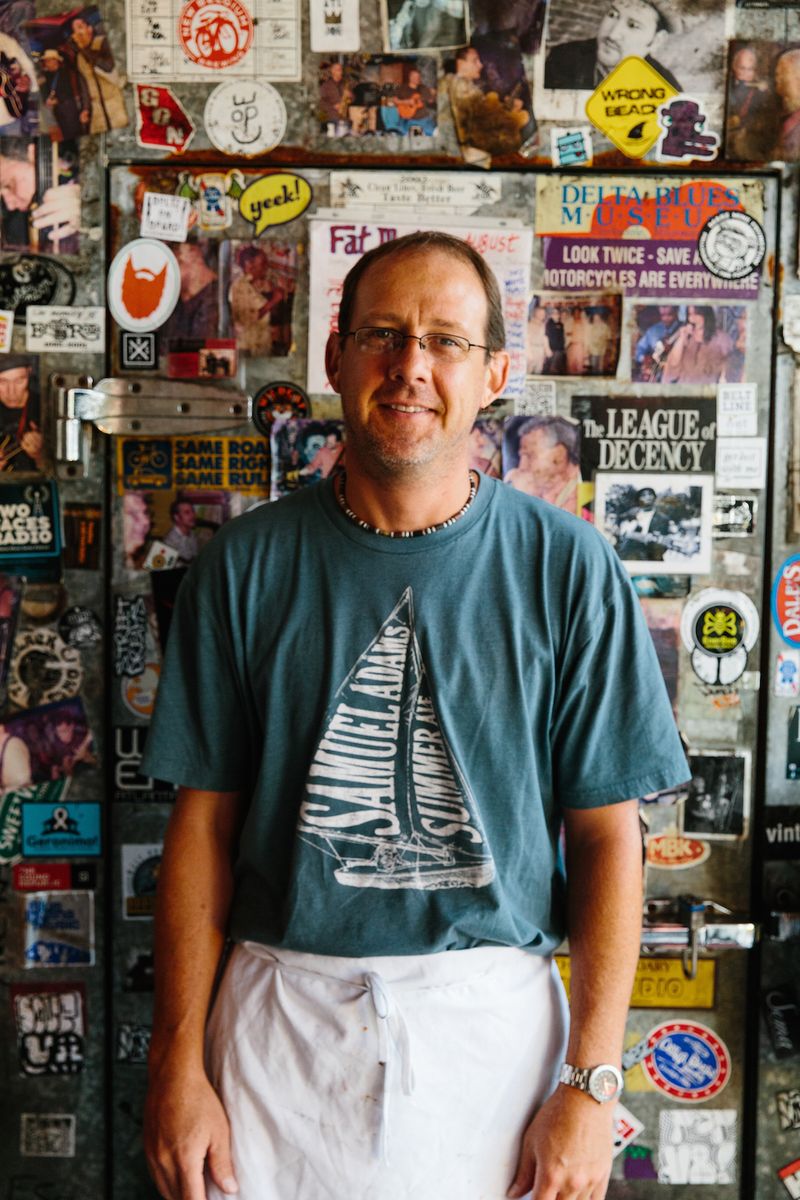 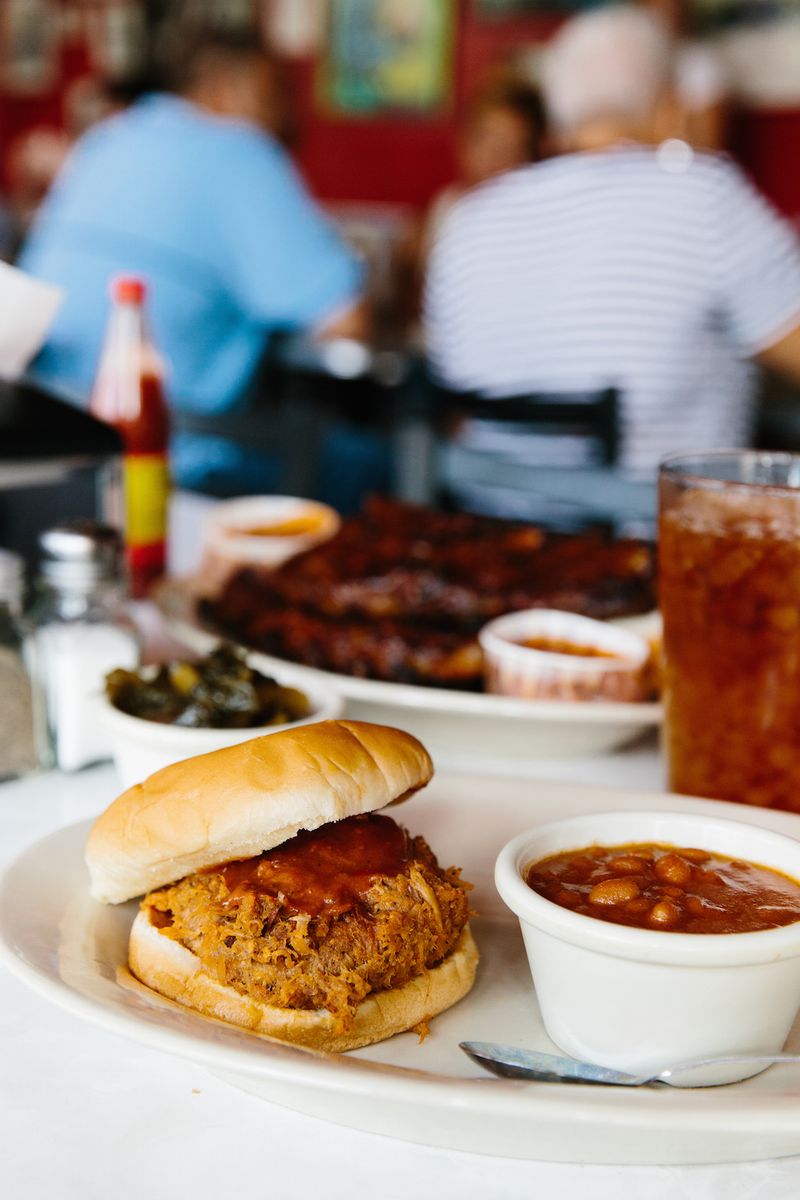 Wes James, who’s been with Fat Matt’s for 23 years and is Matt’s brother-in-law, says that Fat Matt’s is not only known for their ribs, but their chicken and chuck pork as well. And the pork is highly sought after: “We go through a boat load of pork—1000 pounds a week,” Wes said. Their pork is cooked for 12 to 15 hours overnight, and in the morning, they chop it by hand, add spices and sauce, and pile it on a soft bun for the inevitable lunch rush.

But it’s not just a workday meal, closed-on-the-weekends kind of place: Wes attests to the fact that Atlanta is a barbecue town these days. “Barbecue is a 365-days-a-year thing here. It really is.” 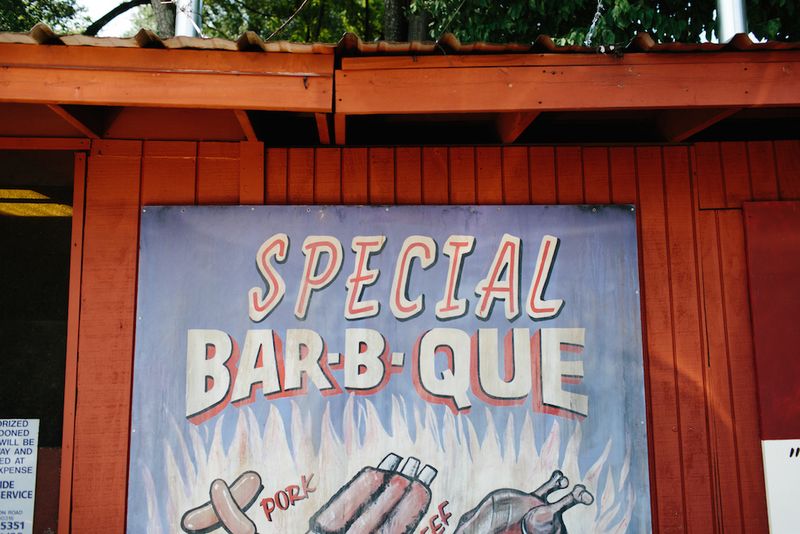 “We started cooking in our backyard for friends,” recalled Jonathan Fox, who started Fox Bros. Barbecue with his brother Justin 8 years ago. One thing led to another: First, it was a catering business with a backyard smoker, then running a menu for a local bar, followed by leading the pack for best barbecue in the city—all before even opening their own restaurant. 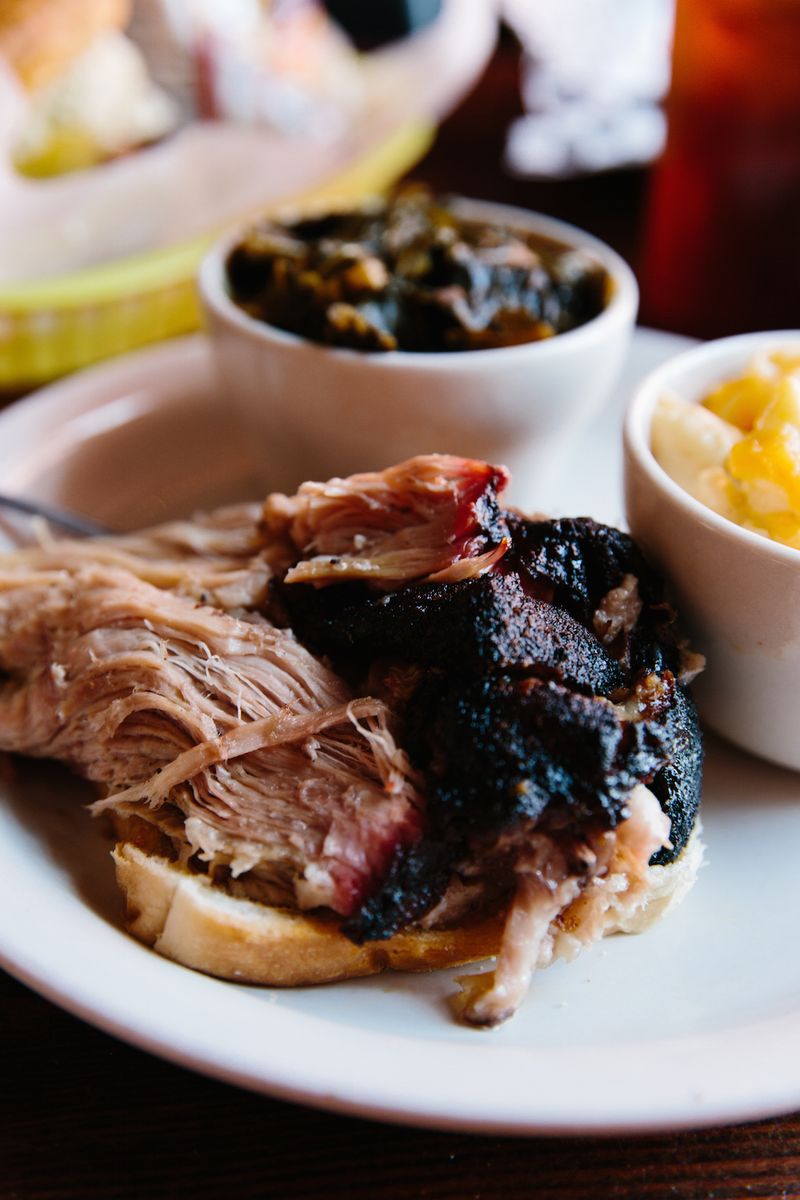 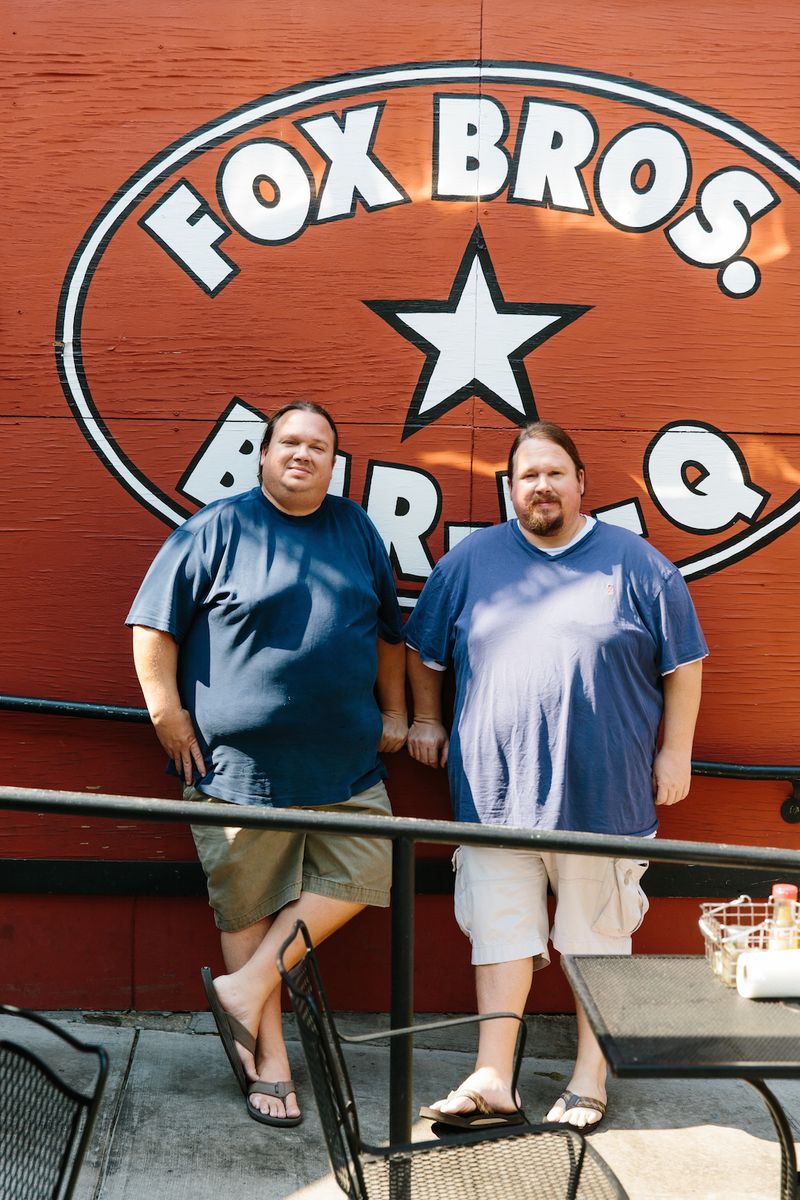 “Barbecue seems to be an everyday thing, hot or cold, sunny or raining—it doesn’t matter,” said Jonathan. When asked what dish they’re best known for, Jonathan replied that “If you spoke to 10 different people, you’d probably get 10 different answers,” but that brisket, beef short ribs, and their smoked pork are all winners. They smoke their pork and brisket over hickory for at least 10 to 14 hours. “We load the meat in the afternoon for lunch the next day and very early in the morning again for dinner service that night.” 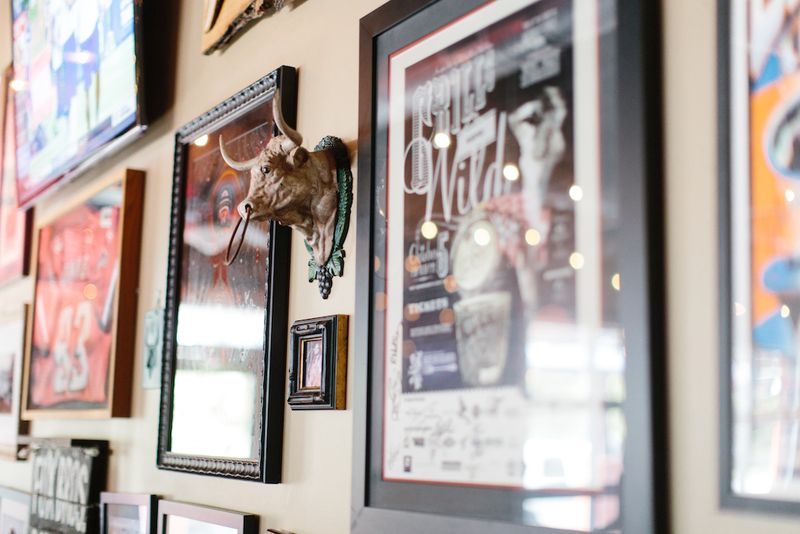 Jonathan mentioned that their pork recipe is the product of trial and error (like most things on the menu). “We created the rub and practiced the cooking method, and we don’t even pull the pork until it hits the plate.”

Check out the full guide to BBQ & Beyond in Atlanta on the Shop Small® Map.

Wright October 7, 2015
Community Q is without a doubt the best bbq in the Atlanta area. The 3 you listed are great but they're no community q

ChefJune October 6, 2015
I think you're missing something here. You have only featured white pitmasters in Atlanta. Before you're so sure they're the best, I suggest you check out a few more spots.
Author Comment

Samantha W. October 6, 2015
These are just a few places we like -- would love to know where else you go for barbecue in Atlanta!