Comfort us with Ruth's newest book—and breakfast for dinner. 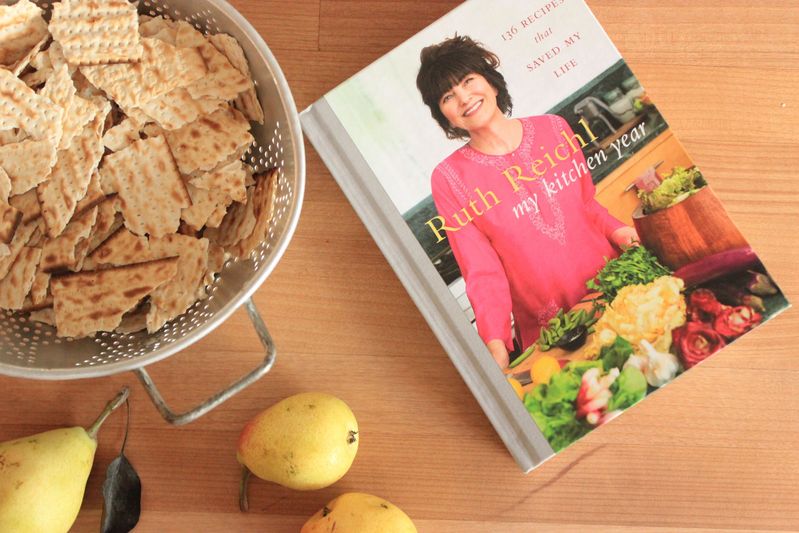 We asked Ruth Reichl, the former editor in chief of Gourmet and all around inspiration, to come to dinner to celebrate the publication of her diary-cookbook, My Kitchen Year. She said yes—and then we panicked. We wanted to cook the food that makes us happy, that comforts us—and there were a lot of those sorts of recipes to choose from in her book. But in the end, we gravitated to breakfast.

When planning the menu, we sought to have a nice balance of sweet and savory. There had to be bacon, eggs, and fresh fruit. If a must-make recipe involved out-of-season produce, we adjusted; they're amenable to riffs and swaps. And hopefully there was a vegetable somewhere. With those constraints guiding us, we planned the menu. Ruth called it “delightfully eccentric." We called it breakfast for dinner.

Here are the recipes we made (and riffed on) from My Kitchen Year—with a couple from Amanda and Merrill, too. And keep your eyes peeled for more learnings from Ruth. (Which table shape is the best for entertaining? How many people? Is there a right way to make matzo brei?) 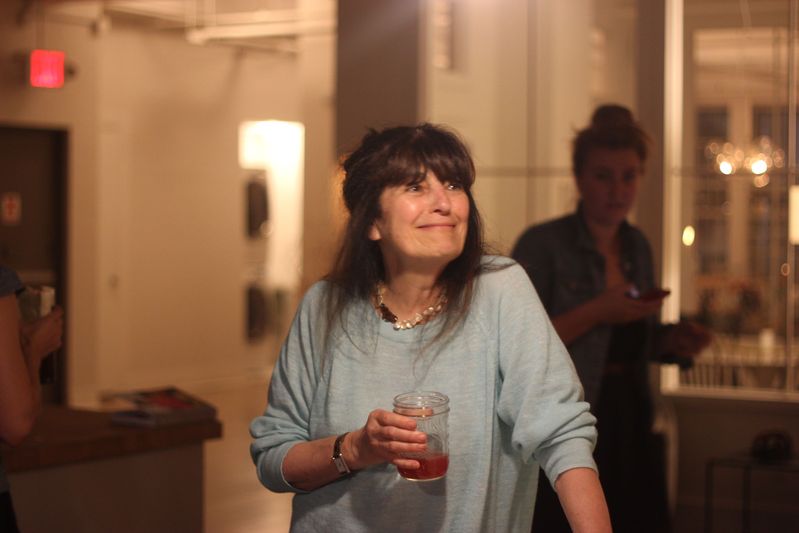 Ruth came up with this drink one hungover New Year's Day, so it's flexible in terms of how boozy you want to make it. But the tartness isn't something to mess with: We tried using red currant juice from Red Jacket instead of pomegranate because it isn't quite pomegranate season yet, but the result was too sweet. That pomegranate pucker is necessary to balance out the orange. 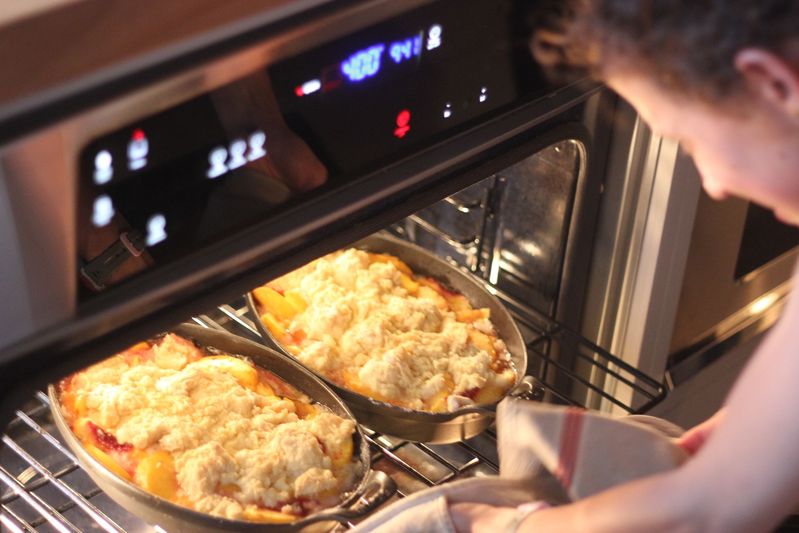 Ruth's cobbler recipe is amenable to ripe and not-so-ripe peaches—along with batching up. 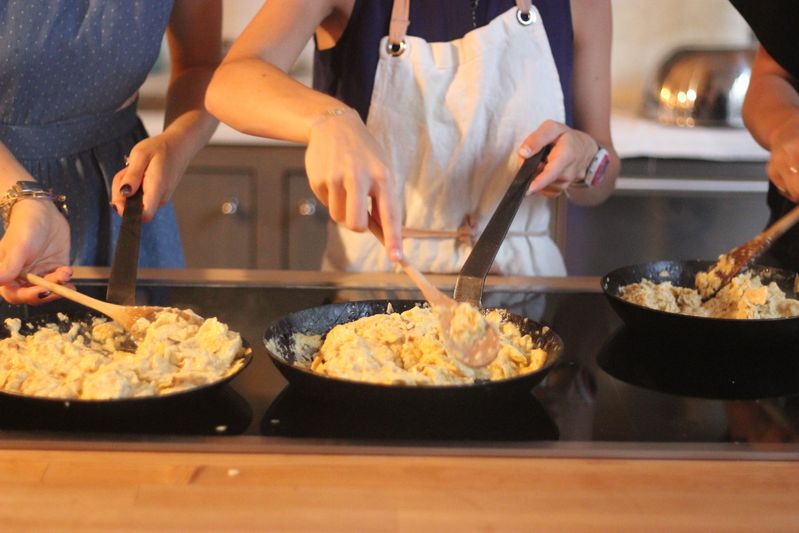 In her book, Ruth says the only dish more comforting than Matzo Brei is carbonara. Sarah took some liberties with the recipe—to mixed results. Check back for the sweet versus savory matzo brei throwdown. 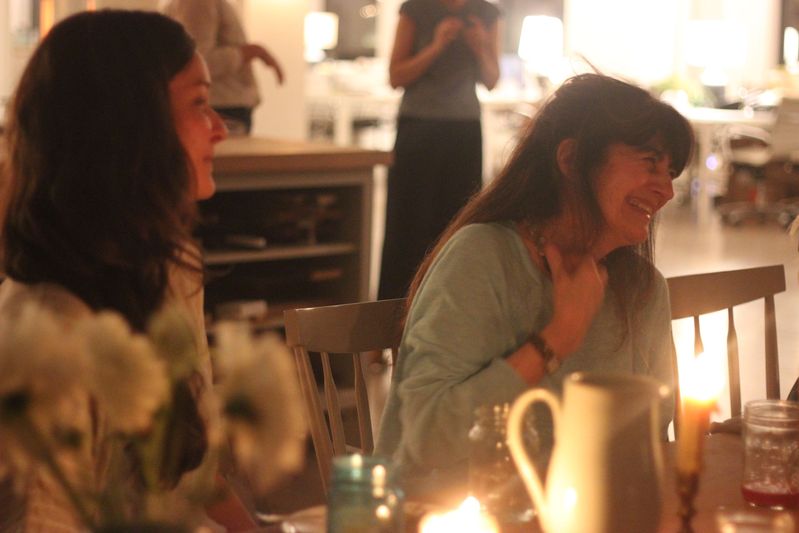 This was one of our favorite dishes by far, made and served right in a cast iron pan. There were second, and third, helpings. 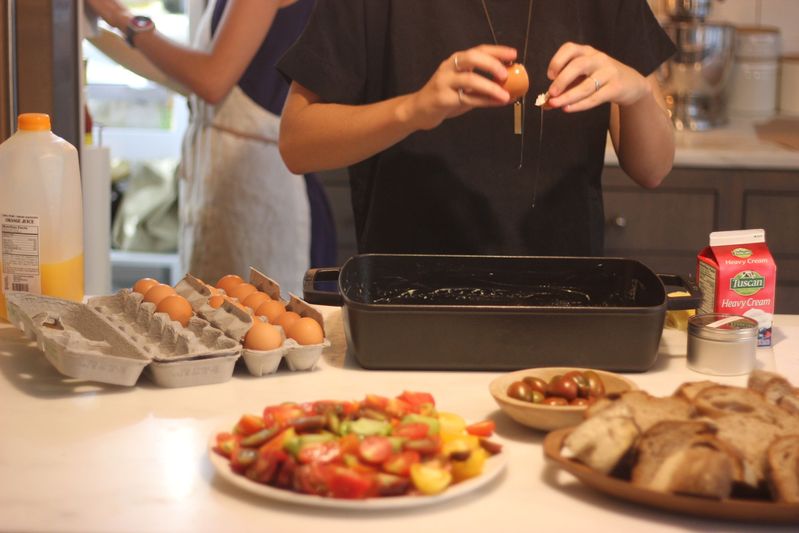 Caroline riffed on Amanda's baked eggs recipe by making a bunch of eggs in one dish instead of individual ramekins. 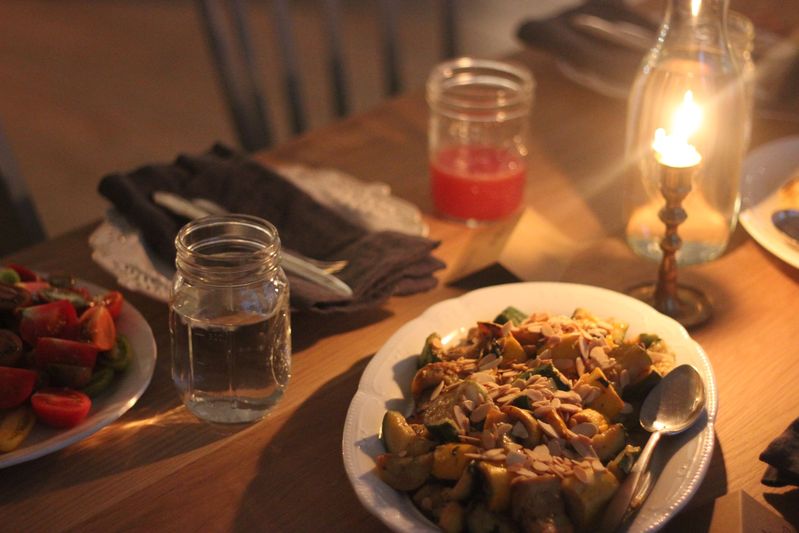 Merrill contributed this squash and zucchini number, which she learned from one of the first restaurants she discovered in Brooklyn, Lunetta, which is sadly no longer around. Ruth was surprised Merrill found this dish comforting: "There aren't many people who think of vegetables as comfort food," she mused. 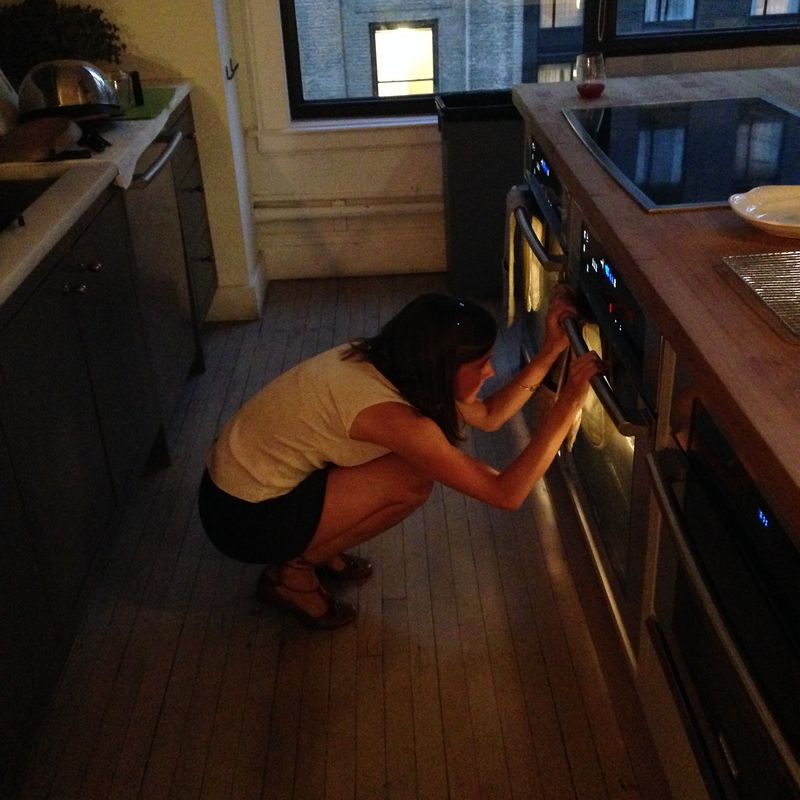 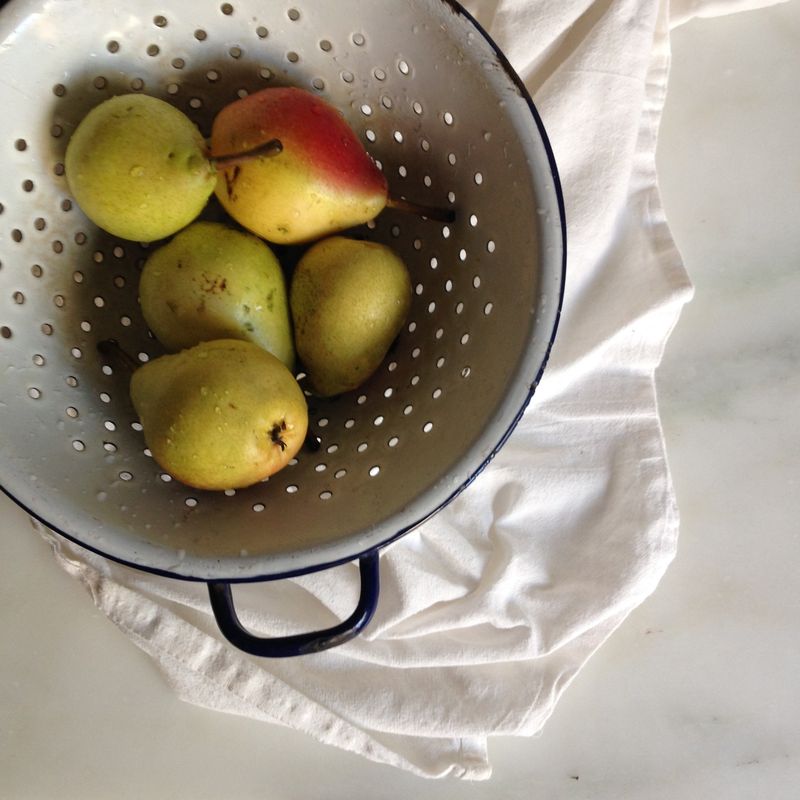 Photos by Hannah Wilken, except last two by Caroline Lange.

AntoniaJames September 23, 2015
That zucchini and summer squash recipe is one of our favorites. Good choice. ;o)