Fen Zheng Rou translates literally as “powder steamed meat”. While this title does tell you what the dish is in the most efficient of terms, in no way does it convey the ultimate comfort of a glorious mound of juicy pork wrapped protectively with bits of toasted rice. 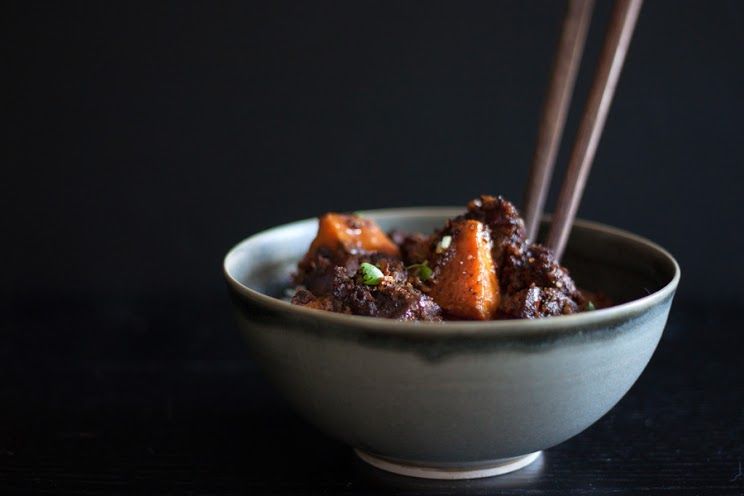 The dangerous and fiery nature of Sichuan cuisine is certainly well-known, and chile peppers—fresh, dried, and pickled—are at its heart. But there is so much more depth and breadth to the cuisine’s astounding flavors and techniques that is so often overlooked in the West. This dish is a true representation of that depth. In fact, it might just be the best Sichuan dish you’ve never tasted.

My mom’s dinner parties were never-to-be-missed occasions and our friends loved her cooking. But oddly for the first nineteen years of my life, the scope of my kitchen knowledge started with boiling water for noodles and ended at preparing rice in a rice cooker and wrapping dumplings. Besides occasionally helping my mom with the previously-mentioned all-important skills, I was always far more preoccupied with the joys of eating. Cooking was the tedious extra step leading up to eating and better left to the more than capable hands of my mom. But I was, of course, always on hand for a taste test. 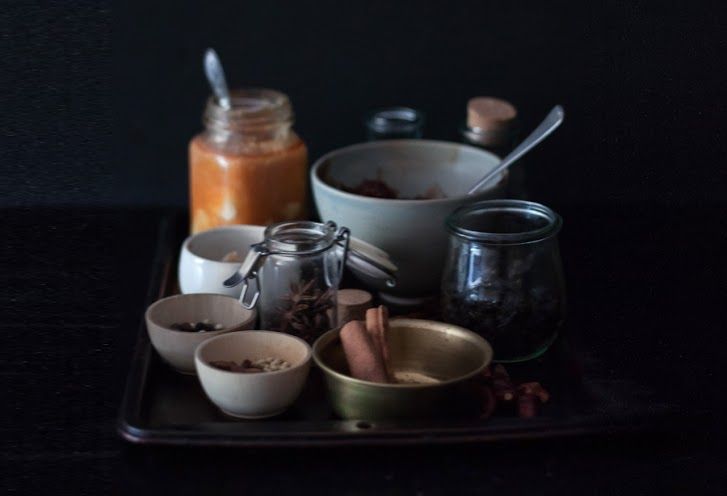 For me, learning to cook only came about out of desperation in college. I couldn’t eat another plate of goopy Fettucine Alfredo or bowl of wet cornstarch-covered vegetables and chicken “stir-fry” over rice—you know the kind. Dreams of eating my favorite foods whenever I wanted made me realize that I needed to grow up and learn to cook. When I called my mom for cooking advice, she responded in the way only a cook with forty years of experience can respond. “It’s not hard to make at all,” she would tell me over the phone, “you just have to use a big spoonful of doubanjian (broad bean paste), some fermented black beans, a few spoonfuls of fermented tofu brine, and a little box of ready-made rice powder.”  But what type of spoon and how much is a few, mom?

So how did my first attempt turn out? Absolutely inedible. The rice coating was sparsely cooked and still crunchy. Somehow the whole thing was in parts bland and other parts painfully salty. It would take several more attempts before I’d finally experience the delicious and tender morsels of my childhood. Who would have thought that I actually needed to mix the sauce and rice thoroughly in with the meat before steaming? So thats the end of the story right? Not quite. Because there is absolutely nothing like living with a recipe for years and years. It is like a child that refuses to stay still. 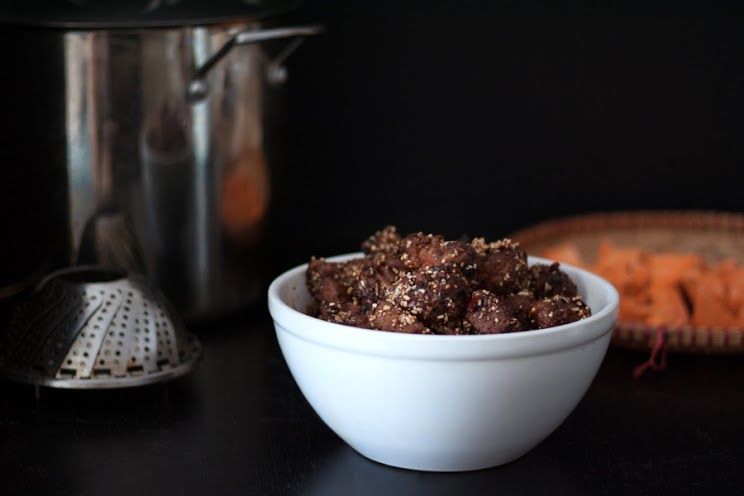 As one of the first dishes I ever attempted, I can trace my growth as a cook through the iterations this dish has gone through. It took several years and quite a few versions to arrive at this recipe. Here is what I learned: 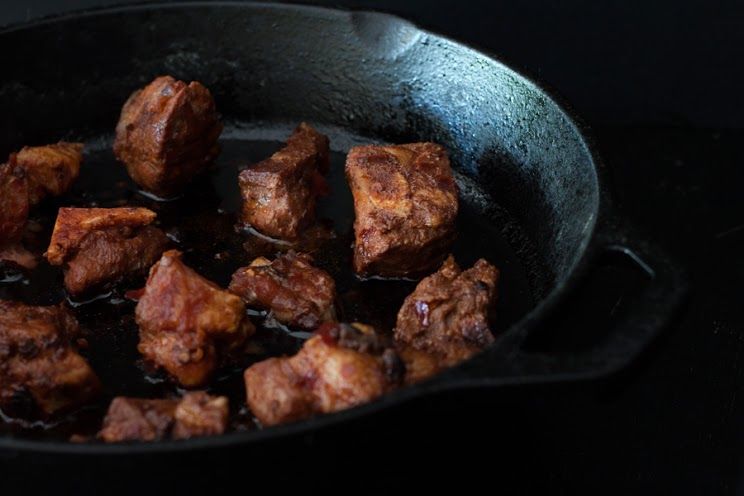 For the Spiced Rice Meal:

For the Pork and Sweet Potatoes: