So—What’s the Difference Between Pumpkin & Squash?

Don't let your gourd down—it's time to get serious about pumpkins.

What's in a name? When it comes to pumpkins, not much.

The word pumpkin probably makes you think of a large, round orange specimen ready for carving, but any hard-skinned squash could be called a pumpkin—there’s no botanical distinction that makes a pumpkin a pumpkin.

There are hundreds of varieties of edible squash and pumpkins (2, below), which all fall into three main groups: Cucurbita moschata, C. maxima, and C. pepo. Most of what we think of as winter squash belongs to C. moschata and C. maxima, while most summer squash and inedible gourds (1, below) belong to C. pepo (though Delicata and acorn squash belong there, too).

Whether you’re choosing a pumpkin to eat or display, talk to your local farmers at the market about the best uses for different varieties.

And in either case, follow Elizabeth Schneider’s guidelines: Choose a rock-hard specimen (if you can scratch it with your fingernail, it's too young); leave behind any pumpkins with bruises or soft spots; and if it has a light patch from where it was growing on the soil, the patch should be a warm yellow or orange color rather than greenish. 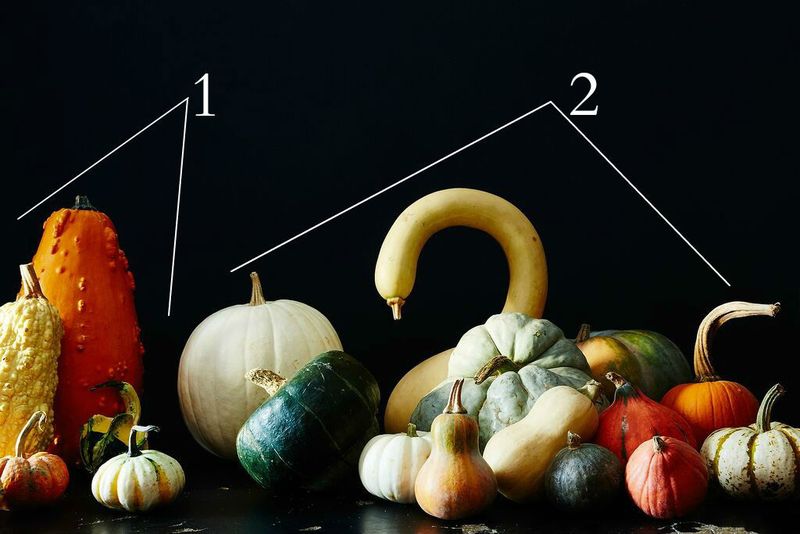 It’s almost hard to follow up with edible pumpkins (2, above) after those, um, descriptive uses for gourds, but we’ll try. Even without a precise scientific definition, there are still a large number of winter squashes that are commonly identified as pumpkins. And because "pumpkin" is more fun to say than "hard-skinned winter squash," we’re calling all of the edible varieties we found at the farmers market pumpkins.

We've listed what cultivars we think they all are; let us know in the comments if you have other ideas as for what they might be: 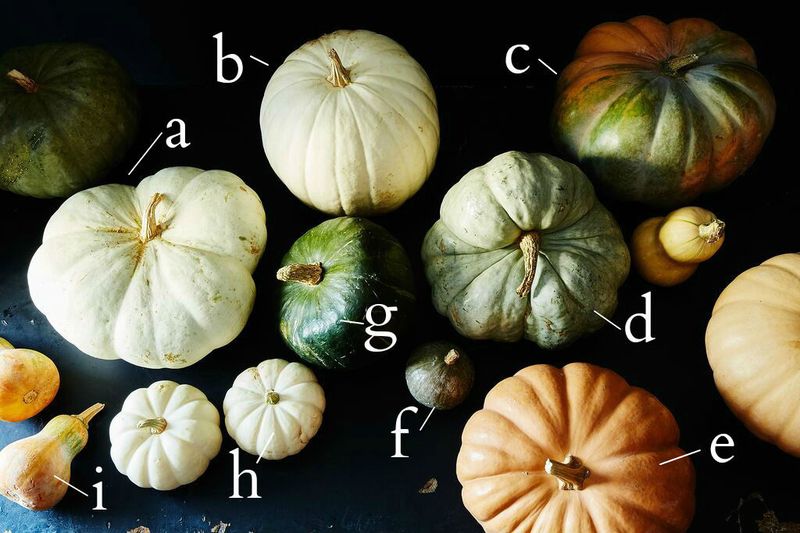 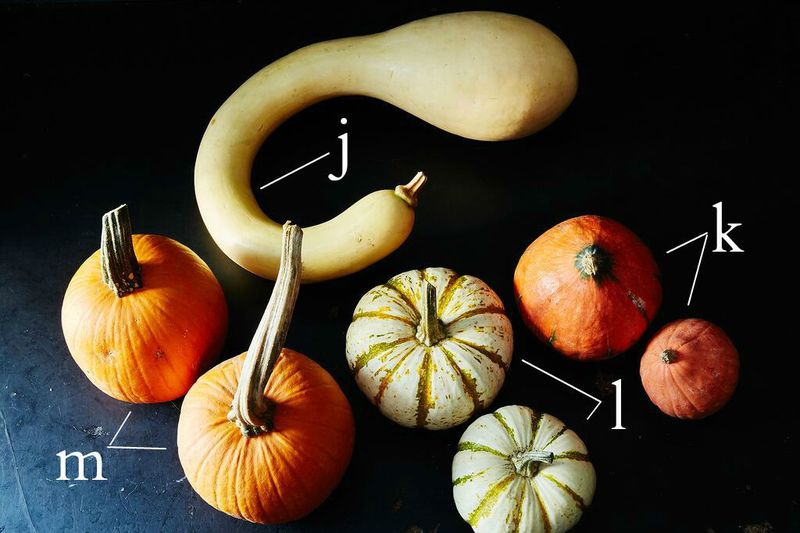 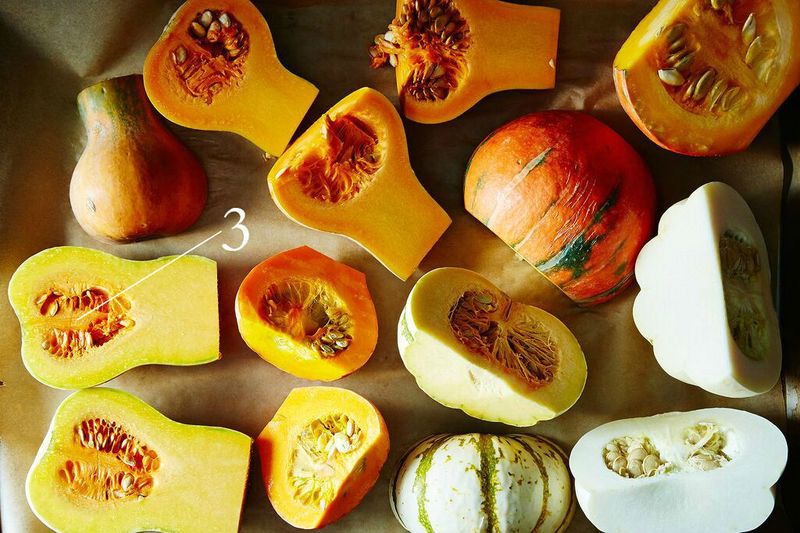 Regardless of whether you're planning to carve or eat your pumpkin, don’t toss the innards from any edible variety. Everyone loves roasted pumpkin seeds, and Deborah Madison recommends putting pumpkin guts (both the seeds and the fibers; 3, above) to use by making stock. This works even if you already roasted your pumpkin, too—just add the cooked skin!

And in case you're wondering what we did with all of these pumpkins, we turned them into Paul Virant's Pumpkin Butter, naturally. Here are a few more ideas...

Classic crème brûlée, with a fall-inspired twist. This custardy dessert calls on pumpkin puree—which you caramelize first, instead of using it straight from the can—and an assortment of seasonal favorites, like cinnamon, nutmeg, and ginger. The result is luxuriously creamy, salty-sweet, and perfectly pumpkin-spiced. 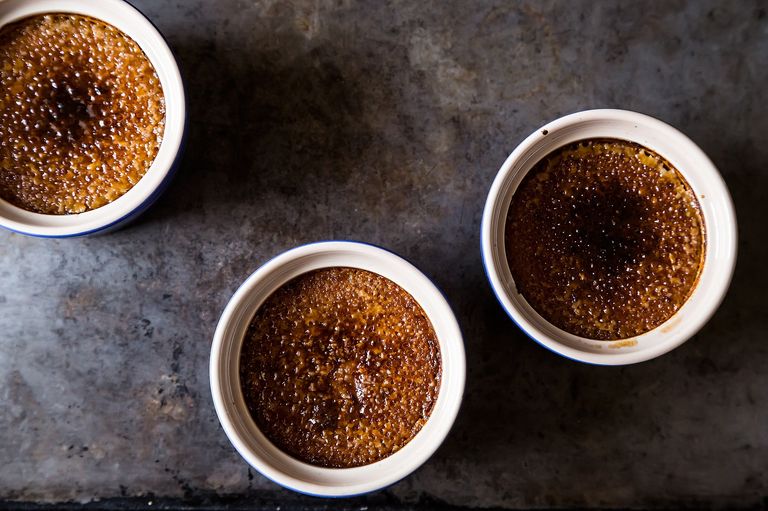 Apple galettes are a favorite throughout the summer and fall, but the addition of canned pumpkin makes this one feel especially appropriate for the chillier months. Cinnamon, nutmeg, and ginger pop up here again for warmth and balance, and dried cranberries make a surprise appearance for a hint of tart sweetness. 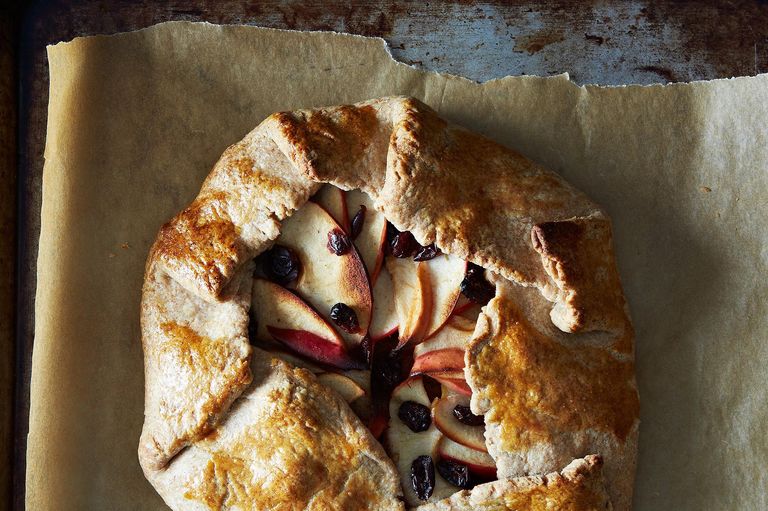 As if a pot full of melty cheese weren't dreamy enough, this one comes together in a showstopping vessel: a whole roasted sugar pumpkin. The cheeses, cream, nutmeg, and breadcrumbs all bake together inside the pumpkin till they're gooey and ready for dipping (or eating with a spoon);  the aroma is heavenly. 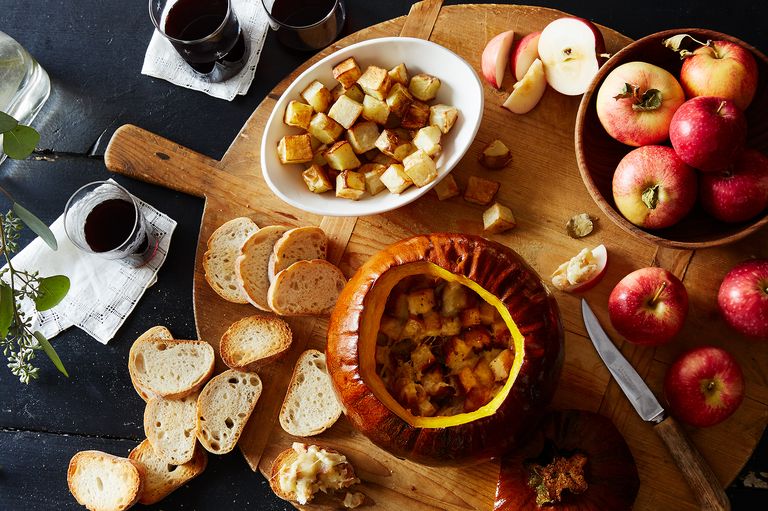 This chili has a long list of ingredients, but don't let that fool you into thinking it's a complicated recipe to pull off. Once each component—from the spice blend to the tender short ribs—is prepped, you just let everything bubble and simmer in the oven. 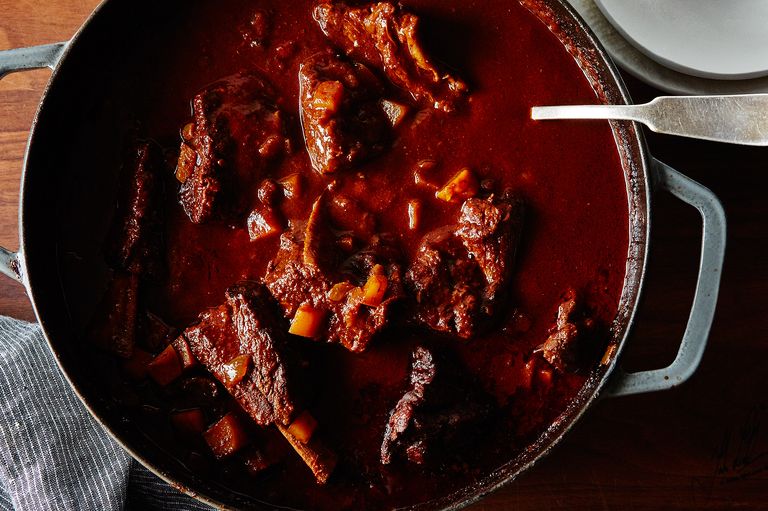 Freshly pureed roast pumpkin is the silky base of this cool-weather soup, while your favorite pumpkin ale, goat cheese, and spices bring on the flavor. 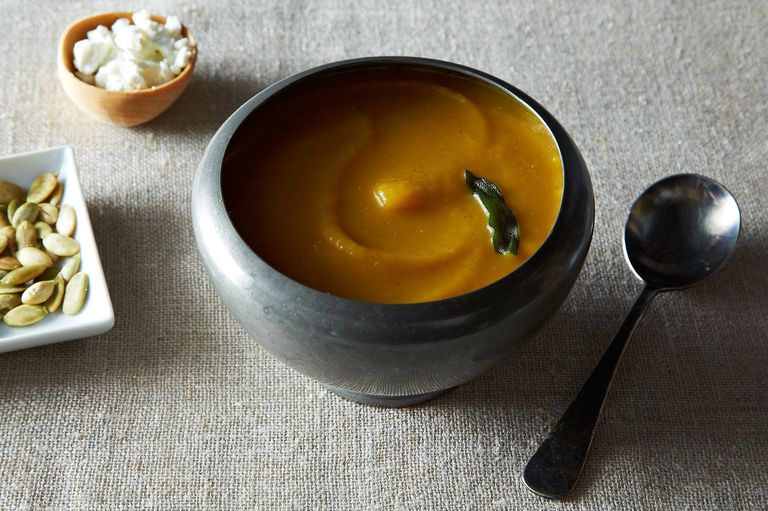 Watch: How to Make Pumpkin Pie With a Gingersnap Crust

Tell us: What's your favorite kind of pumpkin?

1 zucchato, peeled and cubed
3 cloves garlic, minced
1 small onion, chopped
Red pepper flakes, to taste
Toss all in large, flat bottomed pan and sautée with some olive over medium-high heat. Once the squash starts browning, and two 15oz. cans chicken broth and 12 oz. Broken up whole wheat spaghetti. Turn down heat to medium, cover and cook until squash is nearly all broken down. If need be, add extra chicken broth to prevent sticking. You can add one 3 oz. turkey pepperoni if you like. Serve with grated Asigo cheese.

Sofia October 18, 2015
Missing my favorite: Kabocha. Love that we can now get smaller sizes squash.

Miriam October 18, 2015
I use my pumpkin year round and add pieces to my beans and soups!! In Puerto Rican cooking adding pumpkin to the beans is the bomb!!!